Lincoln Park was an amusement park situated between New Bedford and Fall River in North Dartmouth, Massachusetts.  The Union Street Railway Company created Lincoln Park in 1894 as a way to connect Fall River to New Bedford. In its earliest days, it served as a picnic park at the end of the trolley line. The park originally had picnic tables, a playground, and several grill stoves for cookouts. However, the picnic ground business began to decline as the auto became more affordable, and people started to drive to bigger and better attractions. Thus, Lincoln Park evolved into an amusement park. The park was known as “Midway Park” or “Westport Park” until the name “Lincoln Park” was chosen by a lottery when the park started to boom in the late 19th century. Rides like The Fun House, The Comet, and The Carousel for decades made Lincoln Park a fixture on the South Coast. The park was successful until the mid-1980s when larger theme parks started to become more popular. Source

In 1941, the park was purchased for $40,000 to expand the rides into a true amusement park, operated by John Collins & Associates. They invested $150,000 installing a fourteen lane bowling alley and updating an existing dance hall and added a full complement of amusement park rides. The owner of the park, Jay Hoffman, invested $75,000 on restoring the park, assuring the public that the rides were inspected and safe. Source

The most prominent ride at the park was The Comet: a 3,000-foot long wooden roller coaster built in 1946 from the disassembled “Giant Coaster.” The ride climbed to 65 feet and had a top speed of 55 miles per hour. A smaller version of the coaster was also built for younger kids in 1951, called Comet Jr.

The Comet was a wonderful wooden coaster, designed by Edward Leis and Vernon Keenan of the National Amusement Device company. Source1 Source2

However, a fatal accident on the park’s 1946 “Comet” wooden roller coaster in 1986 caused people to question the safety of the park. On September 29, 1987, the braking system on the roller coaster failed, causing one of the cars to jackknife. Although no one was injured, this was the final ride of the coaster. The park ran continuously until closing in 1987. Source In 2012, a demolition permit was issued. Source After the park closed, it remained intact without incident until the fires. Source

A series of fires in the 1990s destroyed 90% of the structures on the site, including the original dance hall. The park closed December 3, 1987, owing $48,000 in taxes and $13,000 in unpaid police details. Almost all of the rides were dismantled and auctioned off. The park’s Ferris wheel was moved to the New Bedford waterfront and the Comet roller coaster was torn down on July 11, 2012. 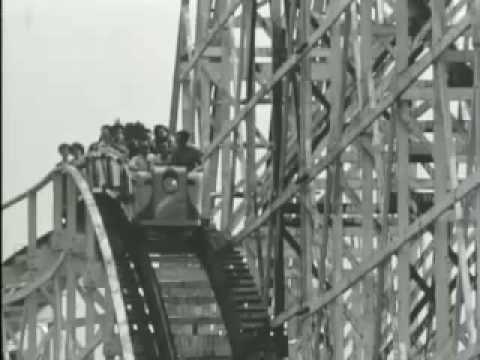 « Ukivok: The haunting Alaskan ghost village on King Island
The Forgotten Hippie Utopia – Freak Street in Nepal was the epicentre of the Hippie trail from the early 1960s to late 1970s »