Why is there a groove in swords? It’s NOT a blood groove – the video explains better

We can blame Hollywood for this but many of us think swords were a stabbing weapon. As a rule, they were a slashing and battering weapon to knock your opponent down onto the floor.

Once there, you can then do to him what you want.  We all know the groove  along a sword blade is to help with the running through of our opponent, right? Wrong! 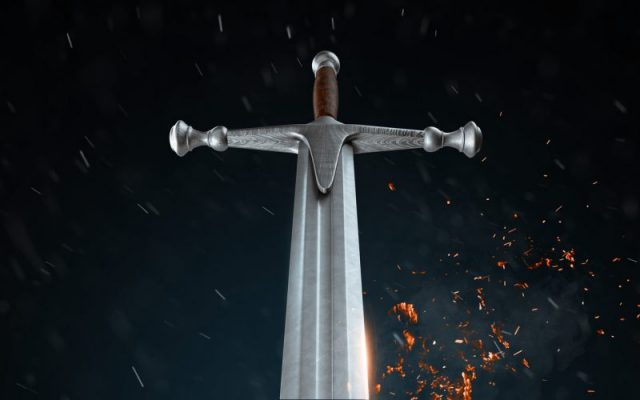 So many misconceptions about the groove in a sword

A fuller is a rounded or beveled groove or slot in the flat side of a blade (e.g. a sword, knife, or bayonet) that are made using a blacksmithing tool of the same name (fuller).

These grooves are often called “blood grooves” or “blood gutters” as well as fullers, although their purpose has nothing to do with blood.

A fuller is often used to lighten the blade, much the way that the shape of an I-beam allows a given amount of strength to be achieved with less material.

When combined with proper distal tapers, heat treatment and blade tempering, a fullered blade can be 20% to 35% lighter than a non-fullered blade without any sacrifice of strength or blade integrity. 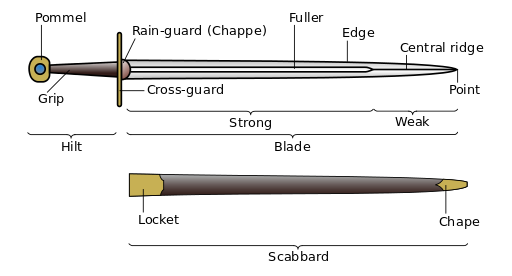 This effect lessens as the blade is reduced in length. A blade is said to be “fullered” after introduction of the groove.

The term “fuller” is from the Old English fuliere, meaning “one who fulls (pleats) cloth.” It is derived from the Latin word fullo. The first recorded use of the term as a blacksmithing tool is from 1864, according to Webster’s Dictionary.

The term used in historical Europe is largely unknown, and due to the constantly changing nature of language, the popular term also may have varied from generation to generation. 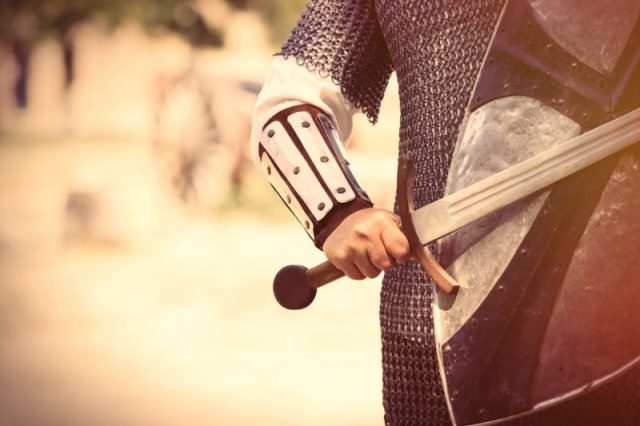 King Thrasamund of the Vandals was recorded in a letter to King Theodoric the Ostrogoth, giving thanks for a gift of swords, and refers to the fullers in the blades as simply grooves: “…their centers, hollowed out with beautiful grooves, seem to undulate with worm-like markings; for shadows of such variety you would think the metal was interwoven rather than shining with different colors.” 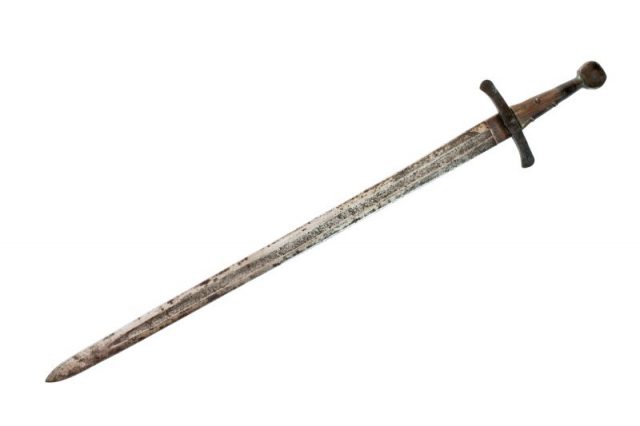 The French often use the term goutiere (gutter) or cannelure (channel). The ancient Viking term is unknown. As a verb, the old French term “gutter” meant “to cut small hollows,” as in the gutter of a crossbow.

The addition of “blood” to these words (i.e.: “blood channel,” “blood gutter,” “blood groove”) was most likely a modern colloquialism, but gives the connotation of an unintended and undesirable purpose; that of directing blood toward the hands rather than lessening the weight of the blade. Therefore, in modern descriptions, fuller is often the preferred choice.

« 8 bullets till death: Thomas Baker’s heroic act that earned him the “Medal of Honor”
Secret London: Execution Dock was used for more than 400 years in London to execute pirates »