Bankers and “Wall Street big shots” are often linked with ridiculously neat sports cars such as Ferrari, Aston Martin, Maserati. But, we are sure that no one can top  the “wild ride” of Lord Lionel Walter Rothschild (1868-1937) as he drove  a carriage around London that was pulled by zebras.

Walter Rothschild  was born  as the eldest son and heir of Nathan Rothschild, 1st Baron Rothschild, an immensely wealthy financier of the international Rothschild financial dynasty and the first Jewish peer in England. Naturally, it was expected from Lionel Walter Rothschild to follow the steps of his predecessors and as an heir to an important  title and a vast financial empire to join the family business.Lord Rothschild did as expected, but what makes him special is the fact that he stayed true to something that he had since toddler: his passion in zoology.

Rothschild was  7-year-old when he showed interest in zoology and  declared that he would run a zoological museum. As a child, he collected insects, butterflies, and other animals. Among his pets at the family home in Tring Park were kangaroos and exotic birds. At 21, he reluctantly went to work at the family bank, N M Rothschild & Sons in London. He worked there from 1889 to 1908. Нe evidently lacked any interest or ability in the financial profession, but it was not until 1908 that he was finally allowed to give it up. However, his parents established a zoological museum as a compensation, and footed the bill for expeditions all over the world to seek out animals. 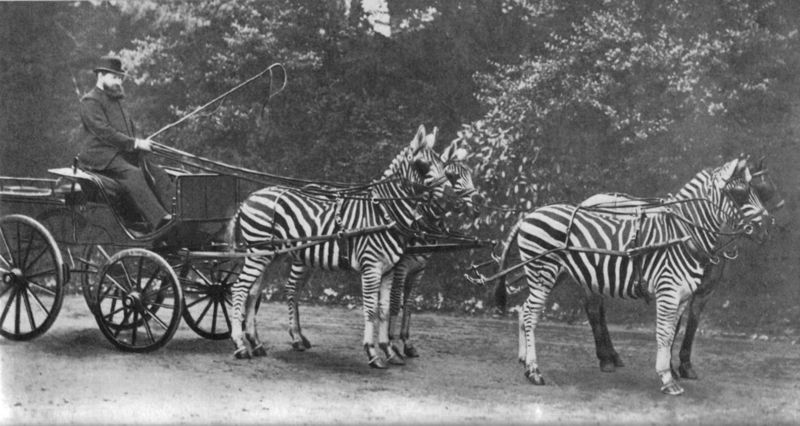 Rothschild with his famed zebra (Equus burchelli) carriage, which he drove to Buckingham Palace to demonstrate the tame character of zebras to the public.Source:Wikipedia/ Public Domain

At its largest, Rothschild’s collection included 300,000 bird skins, 200,000 birds’ eggs, 2,250,000 butterflies, and 30,000 beetles, as well as thousands of specimens of mammals, reptiles, and fishes. They formed the largest zoological collection ever amassed by a private individual.

Rothschild  himself was a shy but headstrong man and willing to create a sensation to prove a point. As Victorians regarded zebras as wild animals unable of being tamed and used by man, Rothschild believed the opposite. To demonstrate his point, Walter  drove a carriage drawn by a team of trained zebras to Buckingham palace. Not only that Walter succeeded in proving his point that zebras can be tamed, but he  became a popular sight to Londoners as he was going home driving a single zebra cart.

However, zebras were not the only animals that Rothschild succeeded to tame and used them as a transportation. There is one photo that depicts  Rothschild riding  on the back of a giant tortoise. 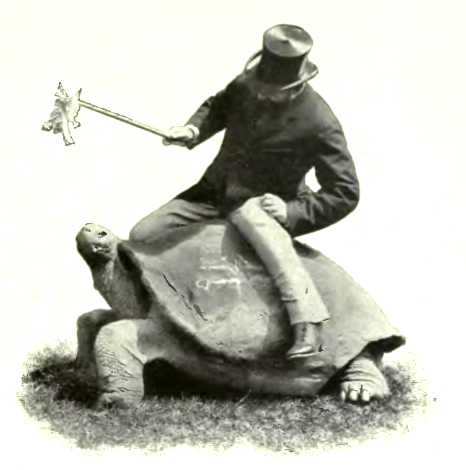 In 1932 he was forced to sell the vast majority of his bird collection to the American Museum of Natural History after being blackmailed by a former mistress.On his death in 1937, the museum and all its contents were given in his will to the British Museum (of which the Natural History Museum, London was then a part), the greatest accession which that institution has ever received.The Walter Rothschild Zoological Museum at Tring is now a division of the Natural History Museum.