The first airships were known as “dirigible balloons” from the French dirigeable, meaning “steerable.” Later they were simply referred to as “dirigibles”. Jules Henri Giffard was a French engineer and inventor who invented the injector and the Giffard dirigible in 1852. After the Montgolfier brothers launched the first hot-air balloon in 1783, inventors began to design ways to propel and control lighter-than-air aircraft. In 1784, General Jean Baptiste Marie Meusnier designed an elliptical airship that was about 260 feet long which required the labor of 80 men, but it was never built. In 1850, Pierre Jullien of Villejuif demonstrated a cigar-shaped model airship at the Paris Hippodrome. Hi was onto something that another man would leverage. The dirigible was built in France in 1852. Image by: Wikipedia/Public Domain

Giffard took note of Jullien’s design and built the first full-size airship with a propeller driven by clockwork. It was a cigar-shaped pointed at both ends, with a 143-foot long non-rigid bag and a steam engine. The whole thing weighed over 180 kg. Below it, at the rear, was mounted a sail-like triangular vertical rubber. The engine weighed 250 pounds and needed a 100-pound boiler to fire it. A model of the Giffard airship at the London Science Museum. Image by: Mike Young at English. Wikipedia/Public Domain The engine’s exhaust was diverted downstairs to a long pipe projecting below the platform, and the area surrounding the boiler’s stoke hole was surrounded by wire gauze. The engine drove a large rear-facing three-bladed propeller, producing a power of 2, 200 watts (three horsepower) which was enough to prove that controlled flight was possible. It was to be Giffard’s knowledge of steam power that would place his airship in the history books and in 1851 he patented the “application of steam in airship travel”. Giffard flew the airship from the Hippodrome at Place de l”Etoile to Elancourt on 24 September 1852. He covered the 27 km in around 3 hours, demonstrating maneuvering along the way. The engine, however, was not sufficiently powerful to allow Giffard to fly against the wind to make a return journey. Giffard was appointed a Chevalier of the Légion d’honneur in 1863. In 1882, in response to his declining eyesight, he committed suicide, leaving his estate to the nation for humanitarian and scientific purposes. He made history with his inventions and he was the first person in the world to drive a ballon with a motor. 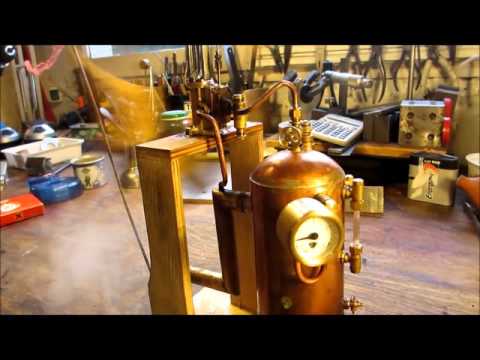 « The Great Stink: That time when London was overwhelmed with sewage stench
The Signpost Forest: A massive, one-of-a-kind collection of relocated signage from around the world »