Avid wine drinkers and collectors know that the more wine is aged and left unopened, the more valuable and tasty it is. So if that is true, is it possible that they would drink 150-year-old grey wine found in a shipwreck? Yes, that’s right – grey wine. It certainly doesn’t sound very good; Chardonnay or Moscato sound a little more delicious than that.

The bottle of grey wine was uncovered from a United States Civil War shipwreck. The ship was a blockade runner that had sunk off the coast of Bermuda in 1864.

Several brave experts decided to go ahead and take a few sips of the unusual looking liquid. Many of them said that they can taste sulfur with distinct overtones of crab water and gasoline. It was decided that the wine should be uncorked at a food festival in Charleston, South Carolina in front of an audience.

There were about 50 people who attended the show and watched as experts took a taste of the rare wine. One expert doing the tasting, master sommelier Paul Roberts, said that he had tasted several shipwreck wines before and they have tasted great. However, the grey wine was far from tasting great.

After Roberts made that announcement, the audience had let out a good laugh. Especially entertaining was how each expert had explained the taste – crab water, gasoline, salt and water vinegar, and hints of citrus and alcohol. Not only does that sound disgusting, but the color of the wine was yellow-grey; one of the most unappealing-looking wines ever.

Other wine sommeliers weren’t impressed with the shipwreck wine, either. Another expert who agreed to take a taste, Larry Stone of Napa, California, eventually could only look at the murky-looking wine. All of the experts agreed that it could have once been a Spanish fortified wine, spirit, or medicine, but after spending nearly 151 years at the bottom of the ocean, it is most likely now just filled with saltwater.

Another expert who did the tasting, wine chemist Pierre Louis Teissedre from the University of Bordeaux, had analyzed some of the samples taken from the wine that were drawn through the cork before it was opened and tasted.

He had explained that the “nose” of the wine should be considered a “room-clearing” mix of camphor. That smell alone is hard to bear since it is mostly used in strong vapor rubs to treat colds. Other liquids found in the wine were stagnant water, hydrocarbons, turpentine, and sulfur. He said that his analysis showed the wine was about 37 percent alcohol.

The wine had been one of five sealed bottles that were recovered by marine archaeologists from the ship known as Mary-Celestia, an iron-hulled sidewheel steamship which sunk under mysterious circumstances during the Civil War. Philippe Rouja, a cultural anthropologist and custodian of historic shipwrecks for the Bermudan government, said that the boat had been leaving Bermuda with supplies for the Confederate states when it appeared to have struck a reef and sank in as little as six minutes. Experts today are still debating whether the ship’s sinking was an accident or on purpose.

Rouja and his brother, Jean-Pierre Rouja, had been diving near the shipwreck in 2011 after winter storms had swept over the shipwreck’s site. That is when they found a bottle of wine inside a secret boatswain’s locker in the bow. After several dives, they managed to turn up several bottles, sealed bottles of perfume, women’s shoes, hairbrushes, and pearl shell buttons.

Here is a little history about the Mary-Celestia:

During the Civil War, President Lincoln had imposed a naval blockade just off the United States coast from Virginia to Texas in order to stop exports of southern cotton, turpentine, and tobacco to Europe. This was in order to cripple the South financially and spoil its ability to wage war.

The South’s response to that was the blockade runner. These boats were made to be fast and were driven by the brave crewmembers who were willing to come under possible fire and be forced into imprisonment if they were caught.  The boats were rather profitable and carried about 200 to 700 percent more goods than they had in peacetime.

Mary-Celestia was one of the blockade ships. It was piloted by two brothers in Virginia to serve their business interests in Great Britain and its colonies, which included Bermuda. On one voyage it is believed that the ship was chased by a United States Navy blockader but had escaped only because the crew threw bales of cotton worth nearly $100,000 into the sea to lighten their load.

On the final voyage, the ship was loaded with canned meat and guns. The crew had spotted rocks as the vessel had approached the southern shore of Bermuda. The captain didn’t hear the warnings and hit the reef. The crew scrambled for lifeboats, but the ship sank quickly. 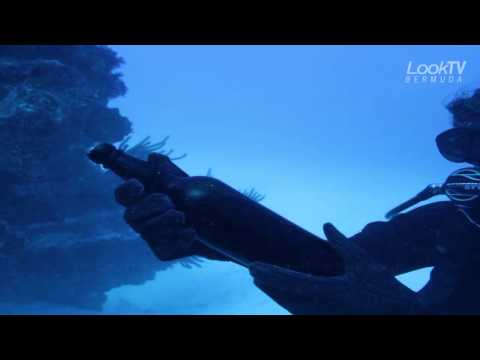