The History of Balmoral Castle, Scottish Home of the British Royal Family

Balmoral Castle has been a home of the British Royal Family since Prince Albert purchased it for Queen Victoria. The castle is located near the village of Crathie in Royal Deeside, Aberdeenshire, in Scotland. It is an extraordinary example of Scottish Baronial architecture. Today, the Balmoral estate covers 50,000 acres and might be best known as the place where Queen Elizabeth II spent her final days.

Queen Victoria and Prince Albert visited Scotland for the first time in 1842, staying at Edinburgh and at Taymouth Castle. They returned to visit Blair Castle 1844; then, in 1847, during a particularly wet and rainy trip to the western Highlands, the queen’s physician recommended that they stay in Deeside because it had a healthier climate. 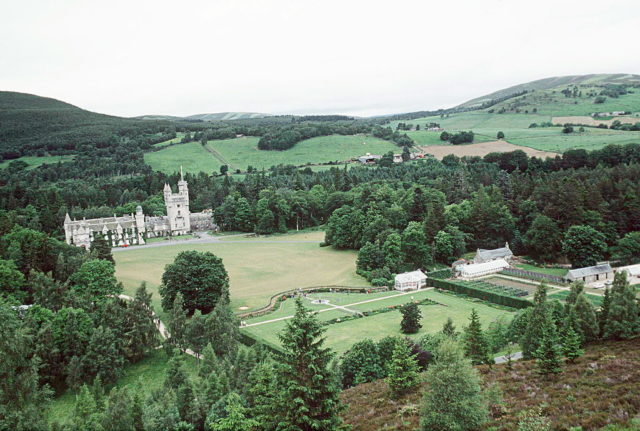 The death of the leaseholder of Balmoral, Sir Robert Gordon, 5th son of the 3rd Earl of Aberdeen, led Prince Albert to quickly negotiate taking on the remaining period of the lease, retaining the staff and furniture. When the royal couple arrived at Balmoral in September 1848, they fell in love with the surroundings. According to the Queen’s diary, the landscape reminded the Prince of his homeland of Thuringia in Germany. The Prince consort soon arranged to purchase the Balmoral estate, along with the lands of a neighboring estate named Birkall.

A number of buildings were added to accommodate the household, including an iron building which served as a temporary ballroom and dining room. New offices and cottages were built, and many improvements to the gardens and the estate buildings were made, but it was soon decided that the castle was just too small for the growing family. In 1852, they hired the architect William Smith of Aberdeen to design the new castle. 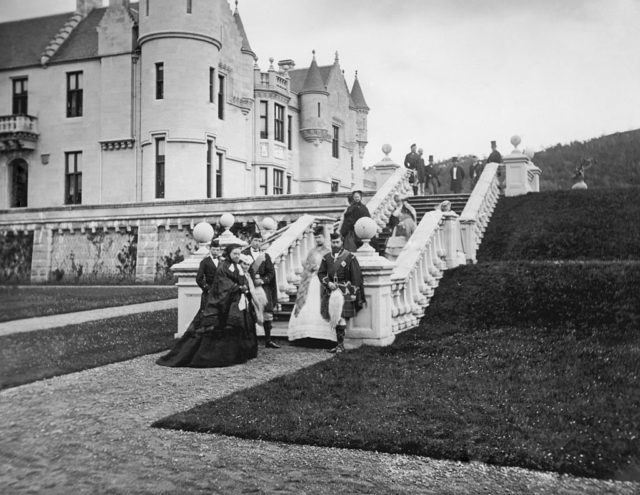 Queen Victoria with five of her children at Balmoral in Scotland, 1868. The future King Edward VII is wearing a kilt and sporran. (Photo Credit: Hulton Archive/Getty Images)

Victoria and Albert were not the first royals to reside at Balmoral–it was once the site of a hunting lodge owned by King Robert II of Scotland (1316-1390). The first castle, built here by the Gordon family in the early 1400s, was probably a simple keep-tower. It was known as “Bouchmorale” in early records. The estate was later owned by the Farquharsons of Inverey until it was forfeited in 1746 after the failed Jacobite uprising, and bought in 1798 by James Duff, the 2nd Earl of Fife. The castle was leased to Sir Robert Gordon in 1830, who undertook a major extension of the castle. 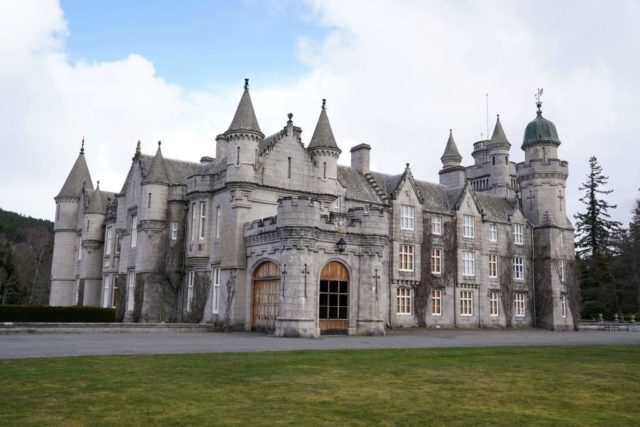 Balmoral Castle is pictured near Ballater, on March 30, 2022, where the ‘Life at Balmoral’ exhibition was shown ahead of the Queen’s Platinum Jubilee (Photo Credit: ANDREW MILLIGAN/POOL/AFP via Getty Images)

The construction of Prince Albert’s new Balmoral castle began in 1853, close to the original building. The foundation stone was laid on September 28 by the Queen. The new royal home was completed in 1856, and by 1857 a bridge was made across the river Dee. The castle is divided into two main blocks arranged around a courtyard. The main rooms are in the southwestern block, and the estate staff occupies the other block. 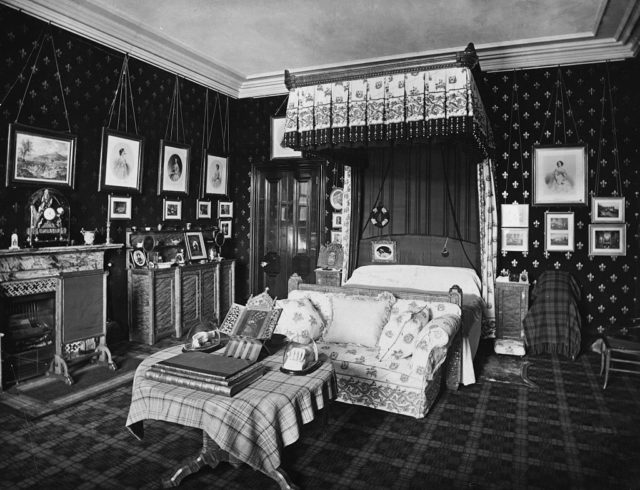 After the death of the Royal Consort, Queen Victoria spent extended periods at Balmoral during summer and autumn. She became close to her servant John Brown, during her mourning for Albert, causing considerable gossip.

A number of small additions were made around the castle such as woodland paths and several monuments, and further improvements to the property have been made since Queen Victoria’s death. These include a water garden and herbaceous borders added in the 1950s by Prince Philip and during the 1980s, new buildings for the staff were built close to the castle. 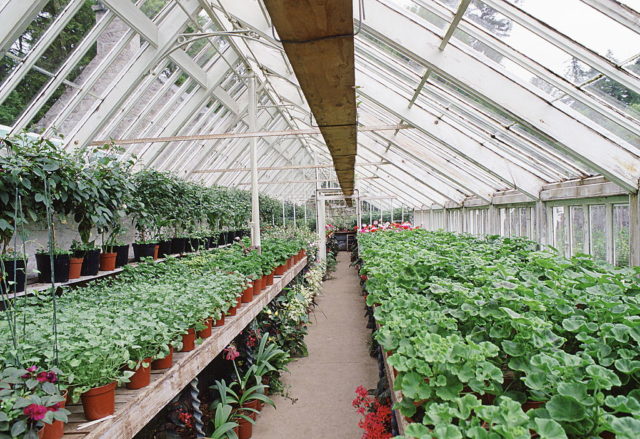 Balmoral Castle is not a property of the Crown Estate like many of the other monarch’s official residences, because it was bought by Prince Albert as his personal estate.

Inherited by Edward VII, ownership of Balmoral was passed down through the hands of successive monarchs to Queen Elizabeth II. After her death at the estate, it’s now owned by King Charles III, and the castle and its gardens are opened to the public during summer.