How “White Christmas” Became the Most Popular Holiday Song Ever Recorded

Wherever you are, be home for Christmas, for home is a place like no other. That’s what we hear this time of year. Charles Dickens, who did much to promote Christmas celebration, wrote in A Christmas Tree that “I do come home at Christmas. We all do, or we all should. We all come home, or ought to come home, for a short holiday…”

Bing Crosby in 1943 sang to those who couldn’t with the song “I’ll Be Home for Christmas,” for soldiers stuck overseas in order to give them something to long for and dream about during those December nights. It was something special to give them comfort during times of great distress and remind them what they were actually fighting for. Not for Christmas, not for a hot plate or a warm bath, but for the embrace of the loved ones back home.

And it was something of a tradition, for two years earlier Crosby gave the troops a White Christmas as well. Well not him per se, but he sang to them the words that another man wrote, while he, just like them, was stuck alone in a city where snow was nowhere to be found, far from everyone dear to him. And in those hours he dreamed a song about a Christmas, just like the ones he knew: It is said that Irving Berlin, the man behind these words, who would, later on, be recognized as one of the greatest songwriters in American history, was glued to his chair in L.A. at the time he wrote “White Christmas.” Composing soft ballads for Hollywood movie musicals and Broadway plays was his usual afternoon, and evening too, all the way until the early morning, when he would put his work down and go to sleep with the rising sun. There was no inspiration needed for the man who grew up in the projects of New York City’s Lower East Side, only hard work and dedication. He made a living this way. A good one.

As an immigrant Jewish kid from Belarus who moved to New York at the age of five and grew to be a self-made musician by the age of 18, Irving left behind a legacy of no less than a thousand songs, many considered classics. “Cheek to Cheek, “Puttin’ On the Ritz,” and “There’s No Business Like Show Business” are just a few, aside from “God Bless America,” the United States’s national theme song itself. Then there was the song that in his view was the best one anyone has ever written. A bold statement. 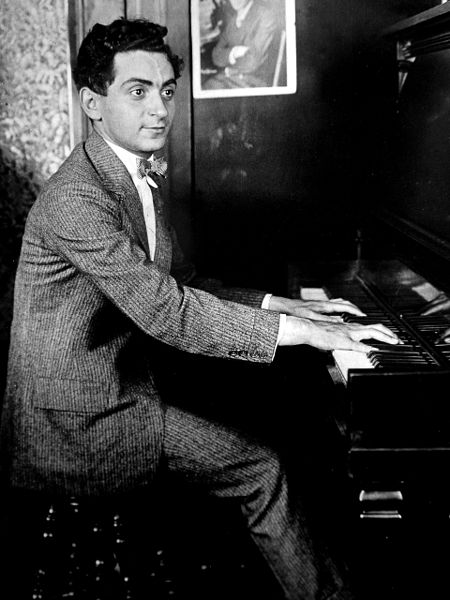 What she wrote that particular night originally began with: “The sun is shining, the grass is green…The orange and palm trees sway…There’s never been such a day…In Beverly Hills, L.A….But it’s December the twenty-fourth…And I am longing to be up North.” However, as a last minute call, this part was cut by its author to make the song more universal and hauntingly melancholy for anyone who feels nostalgic around the holidays and longs to belong somewhere with someone on Christmas. 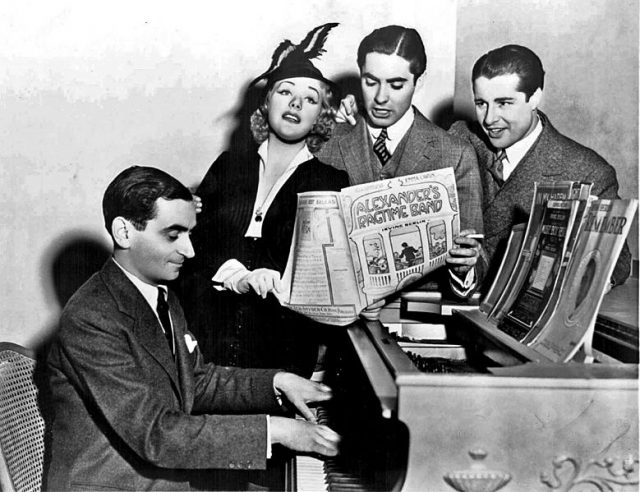 Irving Berlin playing the piano in 1938

Now with only 54 words sung over 67 notes, his song “White Christmas”–  first performed by Bing Crosby on Crosby’s weekly NBC radio program, The Kraft Music Hall, on Christmas Day in 1941–certainly achieved that and still stands as the most popular Christmas song in America, the most popular holiday song ever recorded and up until 1997 and John Elton’s “Candle in the Wind,” the best-selling song of all time, with more than 100 million copies sold worldwide.

For 11 weeks it was No. 1 on the charts in 1942, after it was released as a single along with the movie Holiday Inn starring Crosby and Fred Astaire, and won Irving the Oscar for Best Original Song at the 15th Annual Academy Awards in March 1943, which put the song once again at the first spot. It was re-recorded only five years after Bing Crosby first sang the song with the John Scott Trotter Orchestra and the Ken Darby Singers on May 29, 1942, for the masters were already worn beyond use.

After that, it was and still is played every year on Christmas, and Berlin’s memorable soothing melody has been covered by so many artists, that now stands as one of the most covered songs of all time. From Frank Sinatra, Elvis Presley, The Drifters, Ella Fitzgerald and Ottis Reading back then, all the way to Kenny G, Destiny’s Child, Lady Gaga, Taylor Swift’s, and Michael Bublé these days.

But while they’ve all sung the words and put the sentimental ballad in their holiday albums, no one really knows what actually inspired Irving to write them. Most say he wrote the song for Crosby for his upcoming film Holiday Inn. And its true, perhaps. But still, that does not explain the meaning behind it.

It is widely assumed, and as the first verse that was cut confirms, that it was written in Los Angeles somewhere in the 1930s. Many suggest that when he wrote the words he was sad that he couldn’t be home with his family for Christmas on that cold December night and was having a blue Christmas alone in the warmth of L.A. because of his work. Or as he was staring at the green fields that lonely silent night, he recalled that all he wanted for Christmas was New York, the snow, and his infant son. Who tragically passed away in 1928, exactly on Christmas.

So perhaps he wrote a “White Christmas” as a love note to he who only lived to breathe for three weeks in his life, making the bells jingle in his heart that silent December night and have a Holly Jolly Christmas in his honor. He gave all of us a precious gift for merrier little Christmases, each and every year.

“May your days be merry and bright, and may all your Christmases be white,” as Irving Berlin would say.