In the mid-1960s, a brave young Italian woman, Franca Viola, was abducted and violated for a week, then fought a centuries-old tradition that would have her marry her abuser to “restore” her honor. “I do not love you,” she proclaimed in court. “I will not marry you.” Amazingly, she won.

Franca Viola was the oldest child of farmers in the rural Sicilian town of Alcamo, Italy. In 1963, when she was just 15, she became engaged to a local boy eight years her senior, Filippo Melodia, the nephew of a local mafioso. When Melodia was arrested for theft, Viola broke off the engagement. The young mobster left the country.

Melodia returned to Alcamo in 1965 and tried to re-enter the life of beautiful Franca Viola, who by then become involved with another young man, Giuseppe Ruisi. Melodia begged and pleaded, he stalked and threatened her. Nevertheless, she resisted.

The spurned and enraged Melodia, together with more than a dozen compatriots, stormed into the Viola family farmhouse early on the morning after Christmas, badly beating Franca’s mother, and dragging the young woman away, along with her 8-year-old brother, who refused to let go of her leg. 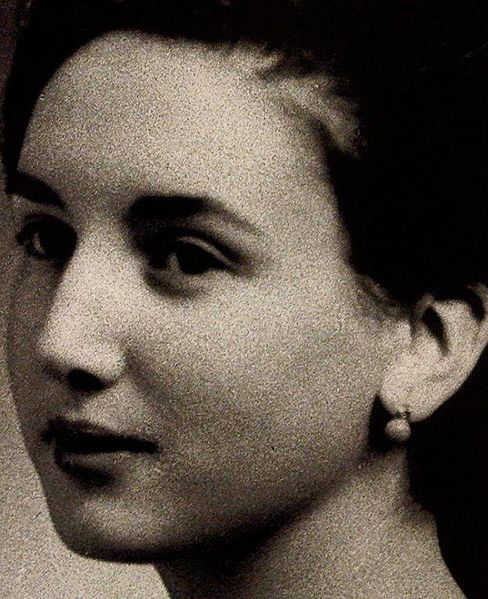 Franca Viola in the 60s

The marauding young men soon released the boy, but they took Franca to the remote farmhouse of Melodia’s sister, where they held her captive for eight days. During that time, Melodia raped Franca Viola repeatedly. He told her she would have to marry him so she would not dishonor her family.

Melodia thought he had the law on his side, and he did, to an extent: Article 544 of the Italian criminal code recognized a kind of marriage, the matrimonio riparatore, that would forgive the man for his crime and restore to the “damaged” victim her honor and that of her family. Should she refuse to marry her abductor, the young woman would be further victimized as an unmarriagable outcast somehow to blame for her unfortunate circumstances.

While Melodia held Franca Viola, her father was frantically collaborating with the carabinieri, or local police, pretending to come to terms with the kidnappers while in reality the police were organizing a dramatic rescue mission. On January 2, 1966, Franca Viola was released, and the kidnappers arrested.

As expected, Melodia offered Viola a matrimonio riparatore. Unexpectedly, she flatly refused. Not only that, but with the firm support of her family and friends, she pressed ahead with taking her attacker to court for kidnapping, carnal violence, and intimidation.

Franca Viola meeting the Pope in 1968

Franca Viola was the first woman to ever reject a reparatory marriage in public. Bucking tradition wasn’t easy. She was considered a donna svergognata, or a woman without honor. Her family received death threats. Their vineyards and cottage were burned.

Melodia’s trial in December 1966 attracted worldwide attention. Northern Italy was undergoing social and cultural change, but Southern Italy was still seen as out-of-step with progressive ideas of equality. Crowds flocked to debates about the trial, which was covered even by The New York Times.

Melodia’s attorneys tried to portray their defendant as a man sick with love and Viola as a willing participant; in their version, the young couple’s romance was thwarted only by Viola’s father.

With quiet dignity, Viola refuted that claim, saying, “I will marry the man I love,” who was decidedly not Melodia. Taking such a heroic stand against ingrained tradition at the time effectively turned her into a mid-1960s feminist icon.

In May 1967, Melodia was found guilty and sentenced to 11 years in prison; seven of his accomplices received four-year sentences. Melodia was released from prison in 1976, and banished from Sicily for his Mob ties. He was murdered in Modena two years later.

In December 1968, Franca Viola wed Giuseppe Ruisi, who had stayed by her side during the whole ordeal. In recognition of her heroic challenging of the system, the Italian president sent $40 (around $300 today) as a wedding present. The country’s Transport Minister gave the newlyweds a month of free railway rides. The couple had two sons, and today still live in Alcamo.

The story of the quiet trailblazing feminist has been turned at least two films, La moglie piu bella (The Most Beautiful Wife) in 1970 and Viola, Franca (2017).

Article 544, allowing a rapist to marry his victim for reparation, was finally repealed in 1981.

Read another story from us: Grandma Gatewood continues to inspire as the first woman who solo hiked the 2,168-mile Appalachian Trail

« In 1970 Hunter S. Thompson ran for sheriff of Aspen wanting to ban cars and legalize certain substances
The Bear who ate 88 Pounds of Cocaine was the Victim of a Large Smuggling Ring »