There is an entire catalog of almost unbelievable deaths of royal people. Such as Henry I, who was king of England from 1100 until 1135. He died a rather bizarre death, supposedly caused by a meal of lamprey eels. The king dismissed his doctor’s warnings–they had advised him against consuming the suspicious dish. He contracted a disease and, after a short while, passed away at the age of 67.

Another European king, Alexander of Greece, was just 27 when he died in his own bizarre fashion in 1920. The Greek king was taking a stroll in his summer palace near Athens when a monkey attacked his pet German Shepherd, Fritz. The monkey was reportedly a Barbary macaque that belonged to a palace employee. The king attempted to break up the fighting animals and ended up a victim himself, as the monkey hurt his leg as well as biting him all over his body. The wounds became infected and less than a month later the king was pronounced dead. It’s not only in Europe that members of royal families have died in unusual circumstances. One of the most hard-to-believe such stories is of the queen consort of Siam (modern-day Thailand), Sunandha Kumariratana. She was the first of the three wives of Siamese King Chulalongkorn, who is known for introducing some progressive reforms within his kingdom, like abolishing slavery. At the time of her death, Sunandha Kumariratana already had one daughter and was expecting another child. In May 1880, when Sunandha was just 19 years old, she was on a trip to the royal family’s bountiful Bang Pa-In summer residence, outside of Bangkok. She was accompanied by Princess Karnabhorn Bejraratana, not even two years old, and a group of guards and servants. 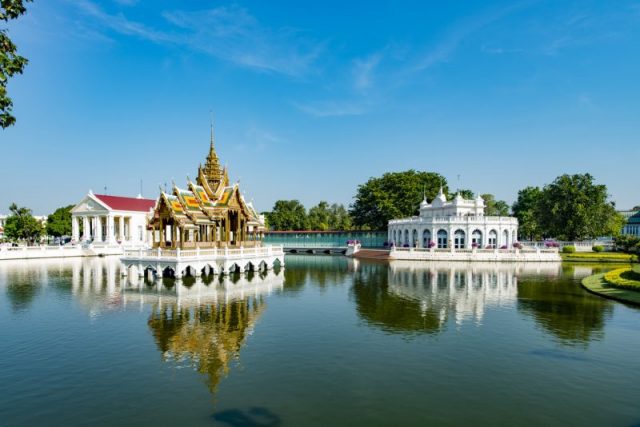 But reaching the palace required crossing Chao Phraya River, Thailand’s biggest river. The queen consort and the princess were escorted to a separate boat which was dragged by a bigger boat to carry them over the river.

However, the royal vessel capsized in strong currents and both were plunged into the water. None of the royal entourage proceeded to help them. Supposedly everyone followed the lead of the main guard, who did not assist them or urge anyone else to help the drowning royals–all three lives were lost while their attendants just stood and watched. The guards, and everyone else on the scene, were adhering to an old and rigid Siamese law that did not allow any ordinary person to touch a member of the royal family. Breaking this law was punishable with death. 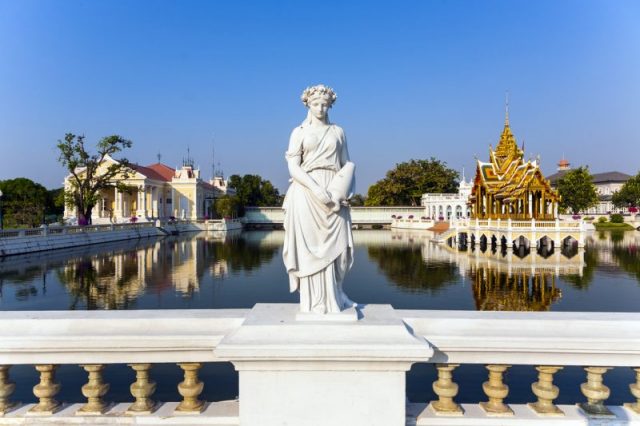 According to Misfit History, besides the law, any desire to help save the life of the queen could have been diminished by a superstitious belief as well. Allegedly, saving a person who was drowning in the river was associated with misfortune. If someone offered help to the person that meant meddling with the spirits who lived in the water. After this incident, where three lives could have been easily spared with a little help, King Chulalongkorn proceeded to imprison the attendant who did not give any orders to attempt a rescue.

The king greatly grieved the death of his spouse, who is said to be the one he loved the best of all. The funerary procession that was accordingly arranged for the queen was possibly the most expensive funeral in the history of this Asian kingdom.

Related story from us: Queen Mary I of England was not known as “Bloody Mary” until more than a century after her death

The king also carried out a great deal of work to complete the royal summer residence, which his revered wife was due to visit on the day of her unfortunate demise. In the backyard of the palace, he placed a memorial to Sunandha Kumariratana and the children, a reminder of the extraordinary circumstances that ended their lives all too soon.

« A storm uncovers an ancient Roman aqueduct as well as a 16th century road at site of popular tourist beach in Cádiz, Spain
In Spain, two women fooled a priest into marrying them in 1901 »