Doctor Who has been a household name in Britain since 1963, when the hit series first aired. The adventures of the famous Time Lord, known only as the Doctor, and his side-kicks sparked the imagination of hundreds of thousands of people, including many film and television professionals who went on to produce their own Dr. Who-influenced work.

The titular character was portrayed by a number of actors–the first being William Hartnell–with each playing different incarnations of the Doctor as the show ran on a continuum from 1963 to 1989. At the end of series 26, it was taken off-air by BBC Director General Michael Grade. For the next seven years Doctor Who fans had to get their fix from books and the odd radio drama. In 1996 the show came back on screen in the form of a one-off tele-movie co-produced by the BBC and the Fox Broadcasting Company, and filmed in Canada. 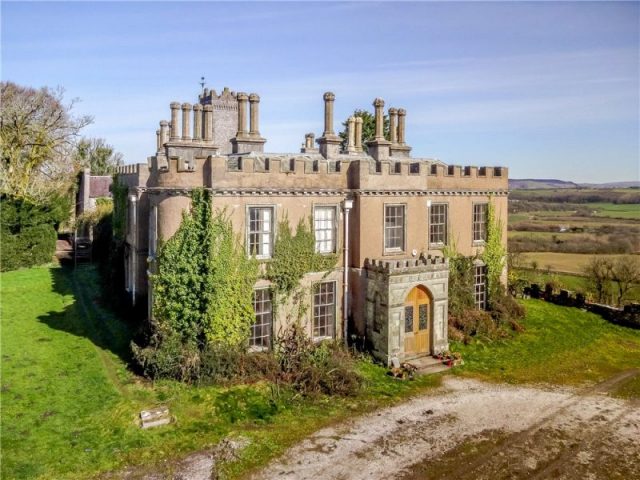 Doctor Who was resurrected in the U.K. as a TV series in 2005 and has been running ever since.

Which brings us to Penllyn Castle and its 72 acres of grounds, which went on the market in May 2018 for a price of 1 million pounds ($1.35 million). In 2006, the castle featured in a Doctor Who episode titled “Tooth and Claw,” in which the Doctor was faced with a Gothic mystery involving werewolves, secretive warrior-monks, and Queen Victoria herself. 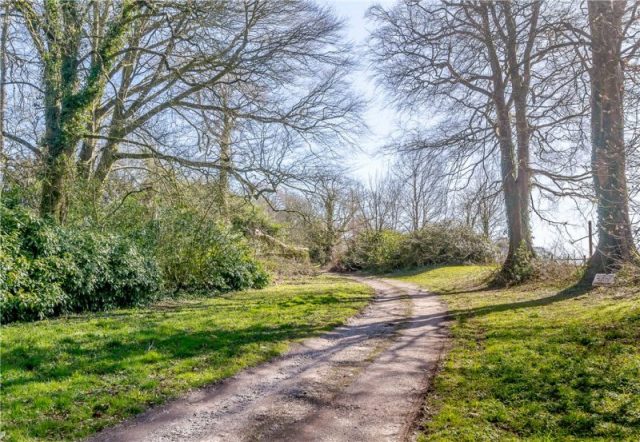 Doctor Who was portrayed by David Tennant, with Billie Piper in the role of Rose, the Doctor’s trusted side-kick, as the episode received popular reviews among critics and fans alike. 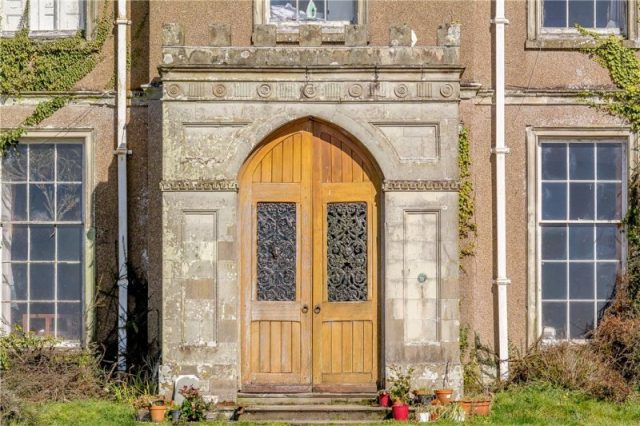 But Penllyn Castle has a history of its own. The Norman medieval keep is a fascinating piece of history―one that has stood for more than 800 years, facing invaders and other turmoil, together with plenty of historical changes, and changes of ownership as well. 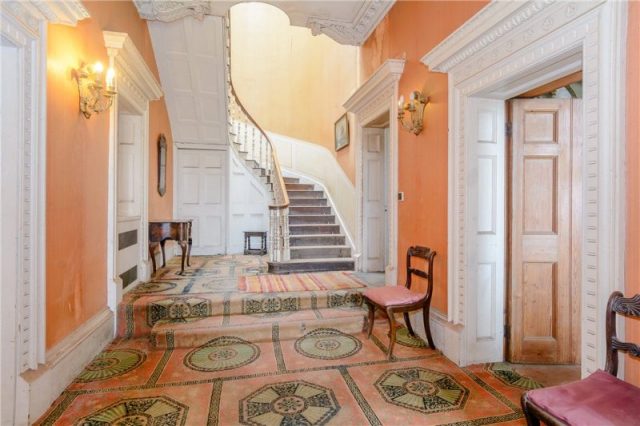 Constructed by 1135 on the order of Robert Fitzhamon, Earl of Gloucester, for his Sheriff Robert Norris, Penllyn Castle is located in the Vale of Glamorgan, South Wales, near the market town of Cowbridge. It is surrounded by dense forest, paddocks, and lawns, which all belong to the property.

The ancient stronghold was damaged during an unsuccessful uprising against English rule led by Owain Glyndŵr (1359-1415), the last Welsh ruler to hold the title Prince of Wales before the it was adopted by the English Crown as part of the subjugation of the region. 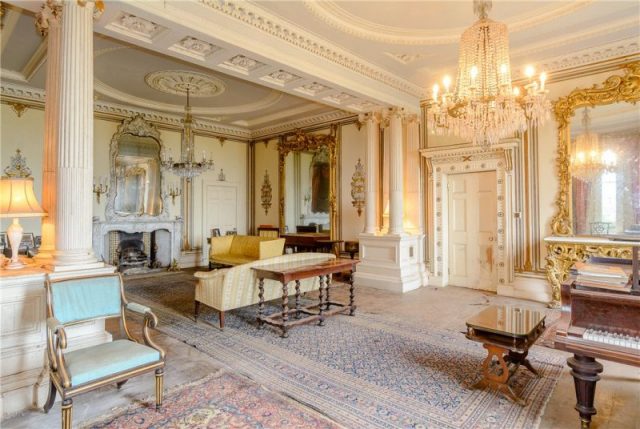 In addition to the 12th-century castle ruins, which include two massive stone walls used for defense that feature six courses of masonry in the typical early Norman herringbone style, the estate also boasts an eight-bedroom mansion. 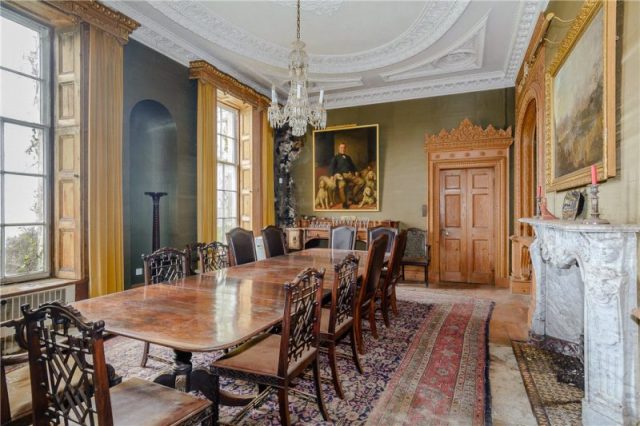 The mansion was erected by the Tuberville family in 1790, and the whole estate was completely remodeled between 1846 and 1860 by John Homfray, who acquired it from the Tubervilles. 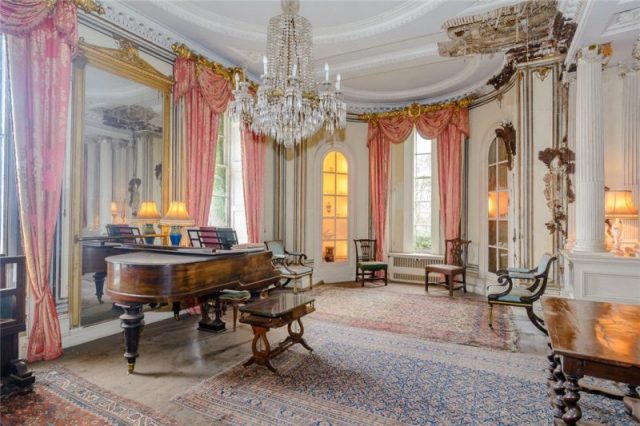 Apart from refurbishing the manor in the contemporary Victorian style by adding stucco-plaster walls, Homfray also installed the new entrance lodge, which is today protected by law as a Grade I listed building. As for the manor itself, it enjoys a Grade II status, making it an especially important building valuable to the nation’s historical heritage.

In 1961, the estate was purchased by the Cory family, who are the official owners to this day. 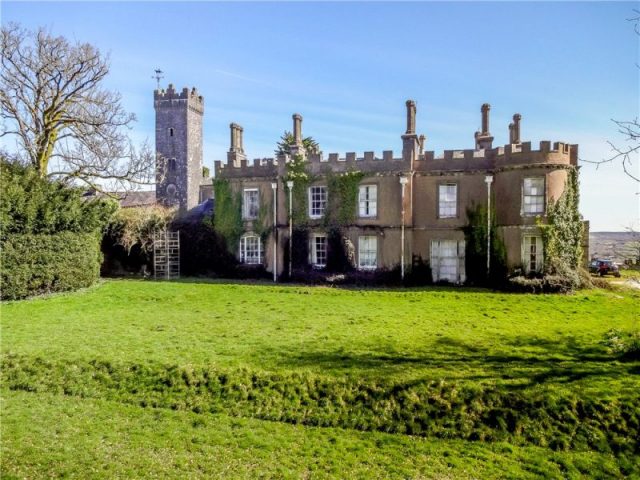 Even though it is a site of great historic importance, Penllyn Castle is not open to the public. That is, unless you are looking for a huge Victorian-era fixer-upper, surrounded by a courtyard, stables, coach houses, an unused cottage, water tower, and a genuine castle ruin, all dating from different times in British history.

Nikola Budanovic is a freelance journalist who has worked for various media outlets such as Vice, War History Online, The Vintage News, Taste of Cinema. He mostly deals with subjects such as military history and history in general, literature and film.

« Despite early 1900s discrimination, an African American woman founded a bank in Virginia, becoming the first female bank president of any race in the U.S.
Back in the Days when Lobster was Cheaper than Beans »