After 9/11, the engineers working on the Mars Rovers decided to pay tribute by using scrap metal from the World Trade Center

But moments before the terror act, life in New York was going on as usual. Manhattan, the economic and cultural capital of the world, as some call it, was as busy as ever.

Among the numerous companies operating in the most densely populated borough of New York City, one, in particular, was working on an assignment of utmost importance. Engineers from Honeybee Robotics Spacecraft Mechanisms Corporation were hired by NASA to construct the Rock Abrasion Tool―an extension attachment for NASA’s Mars Exploration Rovers for grinding and brushing rock samples from the Red Planet’s surface.

On the fatal day of the terrorist attack, the employees of the Honeybee Corporation were working on their project, dreaming big and double-checking their sophisticated equipment that was being prepared for one of the most important missions since the Moon Landing. 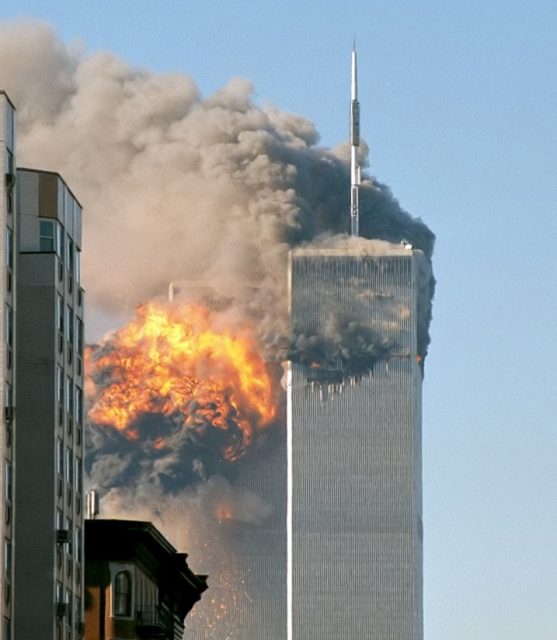 Suddenly, a blast echoed through the city. Less than a mile away from the World Trade Center, in the headquarters of the Honeybee Corporation, the attack halted the work on the Rock Abrasion Tool, as the state of emergency took hold. All hell broke loose on the streets of New York as firefighters and rescue teams hurried to save as many lives as possible in wake of the disaster.

6 world famous landmarks that are hiding something from the public

Although they were shocked, the Honeybee employees had to resume their work quickly, for the tight schedule demanded their project be thoroughly tested in the following months. Since the planet movement was what dictated these schedules, the deadline was non-negotiable.

Nevertheless, the events of 9/11 terrorist attack inspired the engineers building the Rock Abrasion Tools for the Mars Rovers Spirit and Opportunity to wish to pay tribute to the victims in their own way.

They acquired a piece of aluminum recovered from the rubble of what was once the Twin Towers and decided to integrate the metal into the spacecrafts’ tools. The decision came from Steve Kondos, an engineer from NASA’s Jet Propulsion Laboratory who worked closely with the Honeybee Corporation on the Rock Abrasion Tool project. 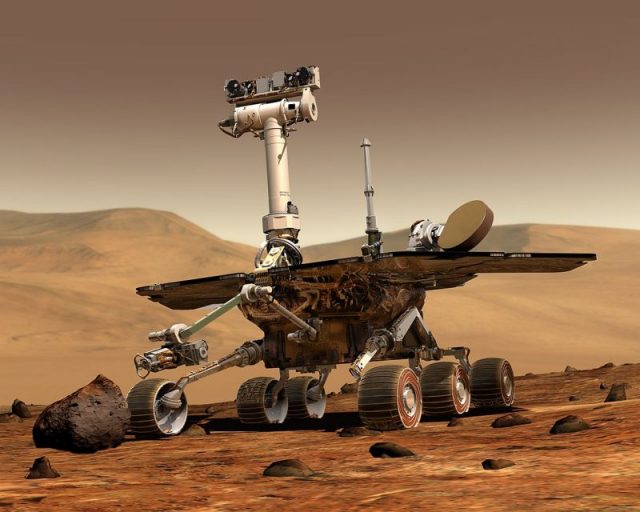 With the help of the then-Mayor of New York, Rudy Giuliani, a twisted piece of aluminum was sent to Honeybee, together with a note stating:

Here is debris from Tower 1 and Tower 2.

But they still needed to find a way to implement this rugged piece of metal into their state-of-the-art tool. It was decided that the best way to use the aluminum piece was to craft it into a cable shield intended to protect the rock abrasion tools. 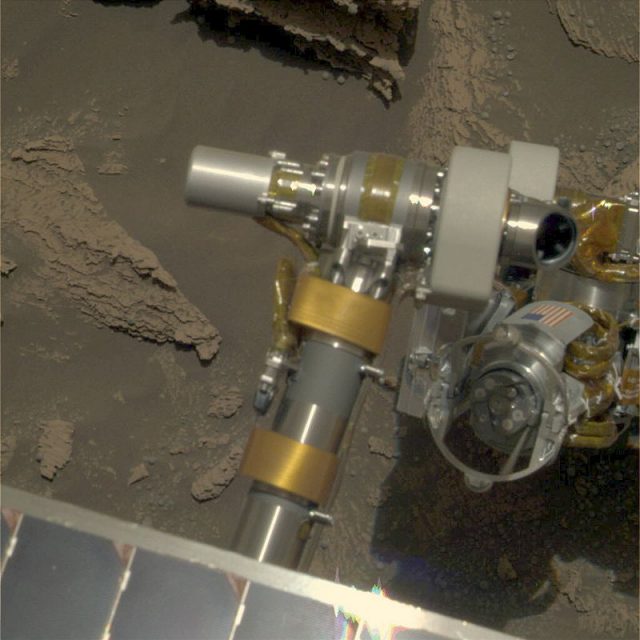 After a design was set, they sent the symbolic piece to a machine shop in Texas, which was collaborating with the robotics company on a regular basis. The shields were then marked with an image of the American flag, which was the final touch for this outer-space honoring of the victims.

The first Mars Rover, named Spirit, was launched on June 10, 2003. Its follow-up, Opportunity, took off on July 7th. They both landed on Mars’ surface in January 2004. Even though this tribute was indeed touching, it remained completely unknown to the general public until the landings occurred. 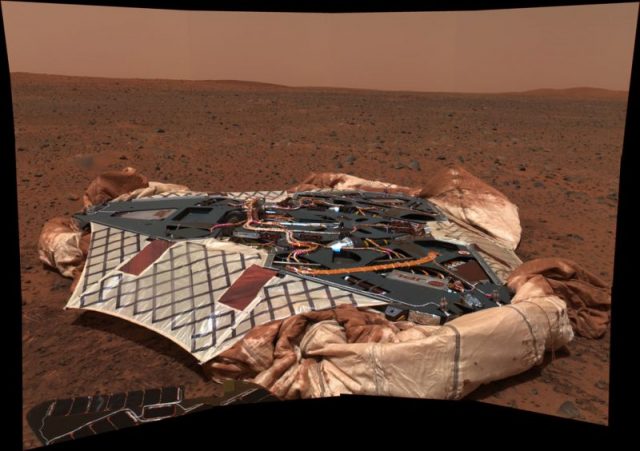 Spirit rover images its lander on the surface of Mars

The founder of Honeybee Robotics, Stephen Gorevan, told the New York Times in 2004 that the shields made of aluminum salvaged from the World Trade Center ruins were meant to be a quiet tribute, but also that enough time had passed to reveal the information and provide some comfort to the families who lost their loved ones during the attack.

In an official NASA press release, Gorevan added a conclusion to the story of the Martian tribute to the victims of 9/11:

“It’s gratifying knowing that a piece of the World Trade Center is up there on Mars. That shield on Mars, to me, contrasts the destructive nature of the attackers with the ingenuity and hopeful attitude of Americans.” 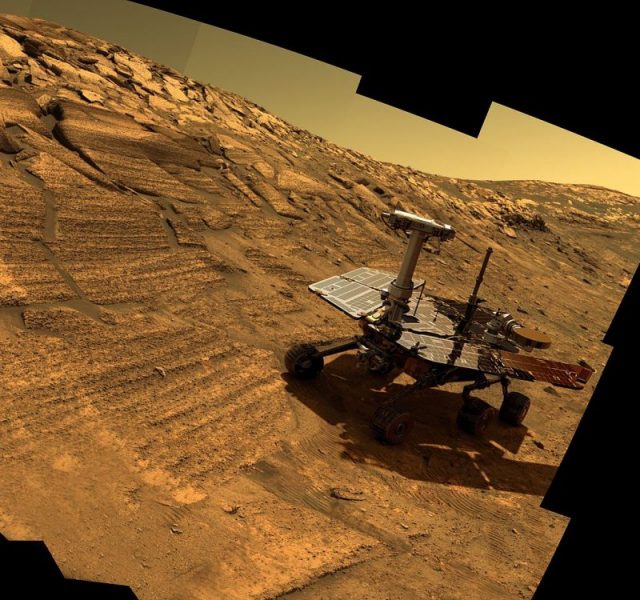 Since the rovers landed on Mars, they have made significant progress in discovering traces of wet environments that were once probably capable of sustaining microbial life. In 2010, Spirit went silent, ending all communication. The rover is probably stranded somewhere in the deserts of Mars, preserved in time and still carrying the flag and the aluminum piece from the Towers.

Its companion, Opportunity, still roams the surface, collecting and analyzing samples crucial for the future understanding of the planet.

Related story from us: An isolation program in Hawaii yields lessons on what life would be like on Mars

Soon, however, it too will shut down.

When it does, it will join Spirit, as they both assume the role of monuments to the victims of the September 11th attacks, for millions of years to come.

« King Adolf Frederick has lost his crown: the Swedish king who ate himself to disaster in 1771
The Jal Mahal: The gorgeous water palace sitting in the middle of Man Sagar Lake in India is set to be converted into a restaurant »