In the annals of 20th-century history, Adolf Hitler’s death is on one level a very well known–and accepted–suicide taking place on April 30, 1945 in an elaborate air-raid shelter near the Reich Chancellery famously known as the Bunker, or the Führerbunker. But alternative theories have flourished as well. TV series, books, and documentaries suggest that Hitler managed to trick the world and made his escape, although the possibility of the dictator who sought to conquer all of Europe opting for a small farm in South America seemed extremely remote to serious historians. 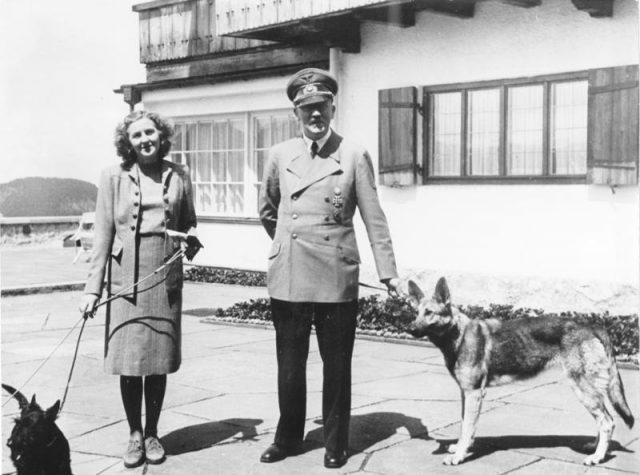 The corpses of Hitler, his wife Eva Braun, and two of their dogs–burned in the Reich Chancellery garden in compliance with Hitler’s wishes as overseen by his private secretary Martin Bormann–were discovered by a special unit of the Red Army on May 2nd, most accounts agree. Joseph Stalin was then informed, but the news of Hitler’s death was tightly controlled by the Soviets. It’s even been suggested that Stalin wanted people to think that Hitler survived and was hidden away by intelligence operatives from England or the United States, to throw suspicion on his onetime allies as the Cold War dawned.

Now it’s accepted that the burned corpse found in 1945 at the Chancellery garden was definitely that of Hitler, due to a study published recently by French scientists who were permitted to study the teeth and bridgework of the corpse. 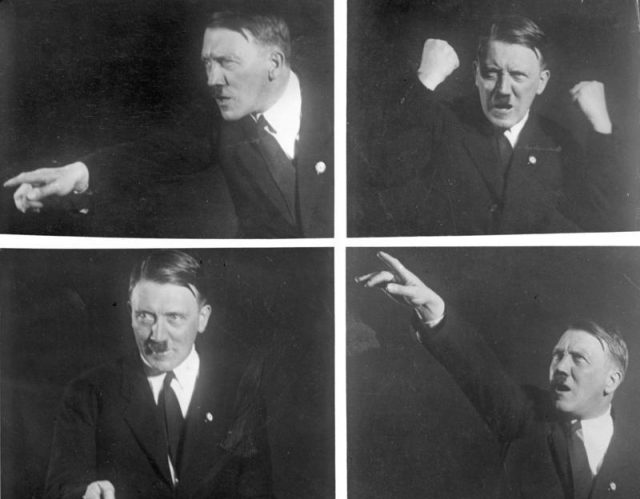 “The lead author of the research, Professor Philippe Charlier, told a French documentary that it had been possible to compare the jawbone held by the Russians to Hitler’s dental records, thus allowing the Führer to be identified by his false teeth,” reported the Independent. Professor Charlier said, “We first identified him by his dentures, which were extremely unusual, in completely extraordinary shapes. There was a perfect anatomical and technological correspondence.”

At the age of 56, Hitler had only five of his original teeth left, and analysis of them showed no trace of meat. This confirmed reports that Hitler was a vegetarian.

Blue deposits on the dental work also support the theory that Hitler took cyanide before shooting himself in the head. This confirms the timeline that historians believe took place: Hitler took poison and shot himself.

According to statements from those who accompanied Hitler in the Bunker in the final weeks of the existence of the Third Reich, by late April it had become obvious that none of the tattered German armed forces could come to the rescue of Berlin. Ammunition was running out, and the Soviet Army was nearing the Chancellery. The Soviets were believed to have suffered casualties of 20 million people in the war launched by Adolf Hitler. 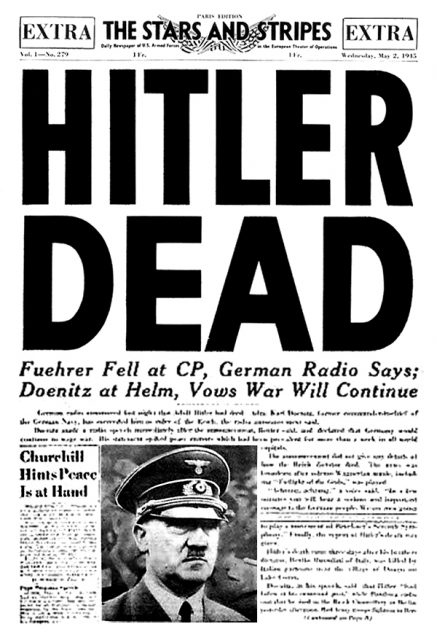 Front page of the U.S. Armed Forces newspaper, Stars and Stripes, 2 May 1945

On April 28 and 29, Hitler gave permission for people to attempt to break out of the Bunker, although many remained. As for the Führer, he married Braun, his longtime mistress, and prepared for death. His priority was that their bodies would not be mutilated and shown to the public, as were those of Benito Mussolini and his companion. 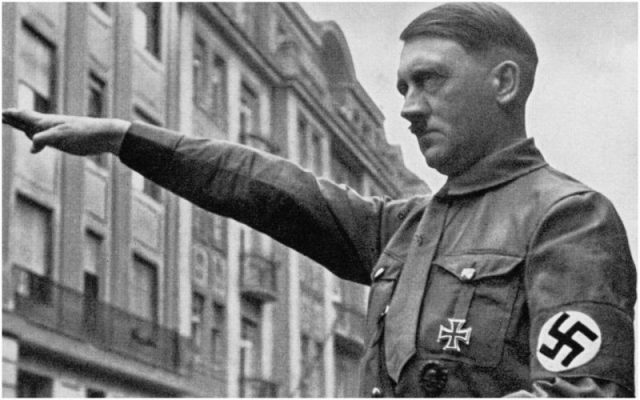 Hitler said goodbye to Bormann, Joseph Goebbels, their families, and other members of his staff, and, with Braun, retreated to his study. A shot was heard after one or two hours. Bormann, Hitler’s valet, and others reportedly entered the study and found the bodies. Braun had been given cyanide by Hitler.

The corpses were wrapped in a Nazi flag, taken to the garden of the Reich Chancellery, and burned with petrol. What was left of the German government released the news of Hitler’s death and a radio station announced he had died as a hero, while the music of Wagner played. 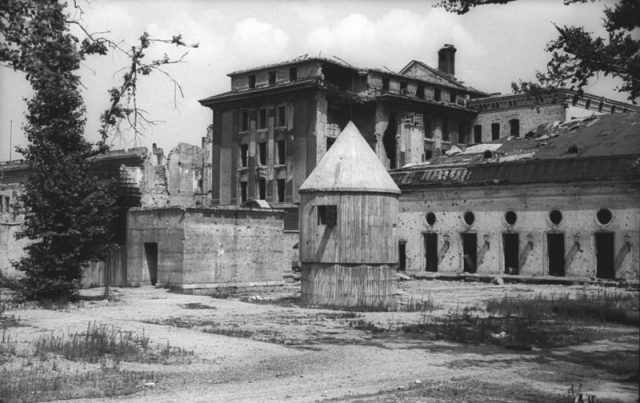 The above-ground portion of the Führerbunker shortly before it was destroyed in 1947. Hitler & Eva Braun’s remains were burnt in a shell crater in front of the emergency exit at the left. The circular structure was for generators and ventilation. Photo by Bundesarchiv, Bild 183-V04744 / CC-BY-SA 3.0

The Soviets were able to identify Hitler by his teeth shortly after discovering the charred remains in the garden. A young woman with the Red Army working as a translator, Elena Rzhevskaya, was given Hitler’s teeth; she was able to find a dental assistant in Berlin who visited Hitler in the Bunker and so confirmed that they were the teeth of the Führer.

Rzhevskaya, who was Jewish, wrote a memoir, Berlin May 1945, that was published in the Soviet Union in the 1960s. Her granddaughter said in a recent interview that the translator was entrusted with Hitler’s teeth because “She was an officer and a woman and everyone knew that [all the men] would get drunk on Victory Day.” 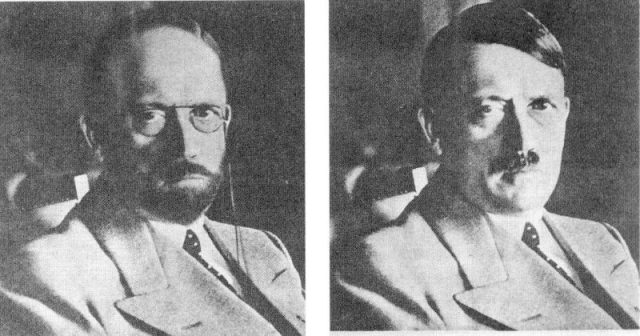 The picture depicts two versions of a photograph of Adolf Hitler that was retouched by an artist of the United States Secret Service in 1944 in order to show how Hitler may disguise himself to escape capture after Germany’s defeat. Since Hitler’s death was not a certainty in 1945 the pictures were posted up all over Germany in 1945 to ease finding the (potentially) “fugitive” dictator.

The teeth and other remains of Hitler were sent to the Soviet Union but kept secret for decades.

Related story from us: A “Super Mercedes” that Hitler used receives a $7 million bid at auction, but that was not enough

The Guardian reported, “In March and July 2017, Russia’s secret service the FSB and the Russian state archives authorised a team of [French] researchers to examine the bones of the dictator, for the first time since 1946.”

« Scientists are now able to track the production of coins in ancient Rome by studying samples of Greenland’s ice
Human footprints dated to roughly 85,000 years ago revealed in Saudi Arabia »