Xia Boyu didn’t let a little thing like missing both legs stop him from his life’s dream: climbing the highest mountain in the world. On May 14, the 69-year-old Chinese adventurer summited Mount Everest, becoming the first double amputee to reach the peak from the Nepalese side. It took him more than 40 years to reach his goal.

“I love the mountain,” Xia told Time magazine in April. “I will fight for it my entire life.”

Fight he did. In 1975, as Xia Boyu and a team of climbers neared the 29,029-foot peak, they became stranded for three days in a high-altitude storm above the “death zone” of 26,000 feet. Xia gave his sleeping bag to an ailing mate. The unhappy outcome of that act of goodwill was frostbite, which resulted in doctors amputating both of Xia’s feet.

As if that weren’t enough, in 1996, Xia Boyu was diagnosed with lymphoma, and as a result of complications from that, doctors had to amputate both legs above his knees. It was almost as if his personal travails made him more determined. 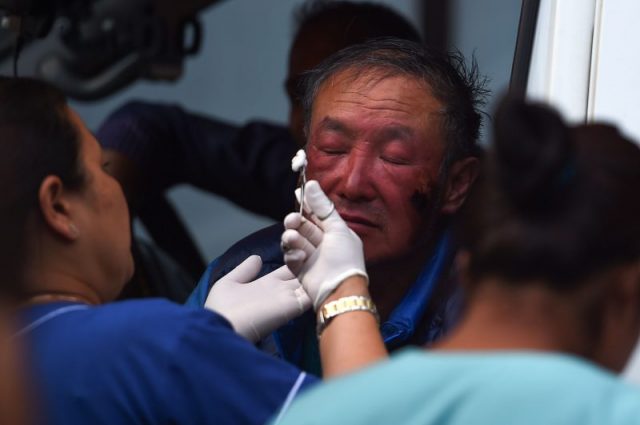 In this picture taken on May 16, 2018, Chinese double amputee climber Xia Boyu, who lost both of his legs during first attempt to climb Everest, receives medical attention in an ambulance at an hospital, after returning from a successful summit of Mount Everest in Kathmandu (Photo by PRAKASH MATHEMA / AFP/Getty Images)

“Climbing Mount Everest is my dream,” Xia Boyu told Agence France-Presse in April. “I have to realize it. It also represents a personal challenge, a challenge of fate.”

It took Xia Boyu another four tries to reach the summit; he attempted the climb in 2014, 2015, and 2016. In 2017, the Nepalese government issued a ban on blind and double-amputee climbers in the name of safety; a public outcry over the discriminatory nature of the ban caused the government to quickly amend it. Xia received his permit from the Nepalese government just two months before his climb. 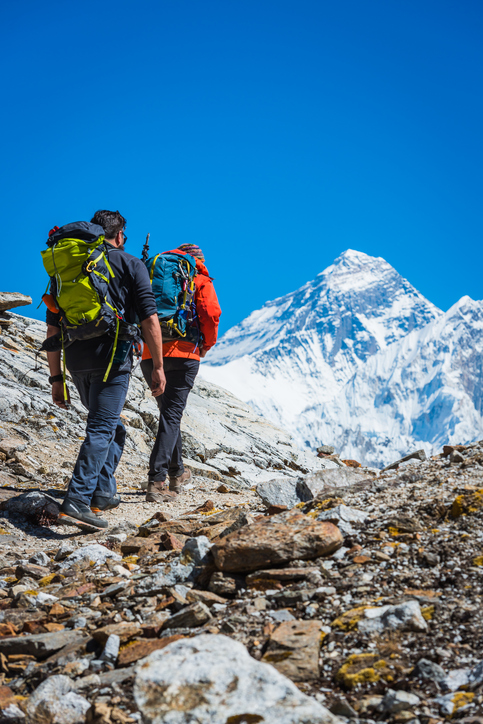 Mountaineers hiking along the rocky trail of the Renjo La below the iconic summit pyramid of Mt. Everest (8841m) deep in the Himalayan mountain wilderness of the Sagarmatha National Park, Nepal.

And of course, each passing year made Xia that much older. Only five men and one woman older than Xia’s age of 69 have summited; the Japanese climber Yuichiro Miura holds the record as the oldest climber, having summited in May 2013 at age 80.

Climbing Mount Everest is notoriously difficult and dangerous. Approximately 4,000 people have achieved it since 1953 when Edmund Hilary and Tenzing Norgay first conquered the mountain. But many have failed: Nearly 300 people have died since 1920 in the attempt to the “rooftop of the world,” the vast majority since 1980. 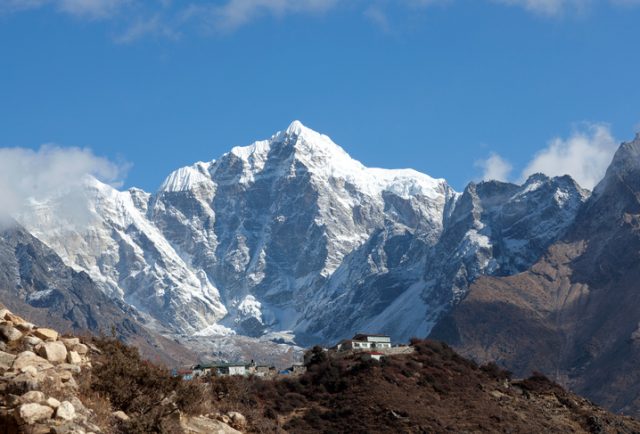 The doomed summit of 1996 resulted in the deaths of a dozen people, including high-profile guides. The journalist Jon Krakauer, on Everest that year on assignment for Outside magazine, immortalized the tragedy in the book and subsequent movie Into Thin Air. The route to the top is littered with frozen corpses impossible to remove. Avalanches in 2014 and 2015 took the lives of 16 and 18 people, respectively, many of them Nepali guides. In 2015, conditions were so bad that no one reached the summit, the first time that had happened since 1975. 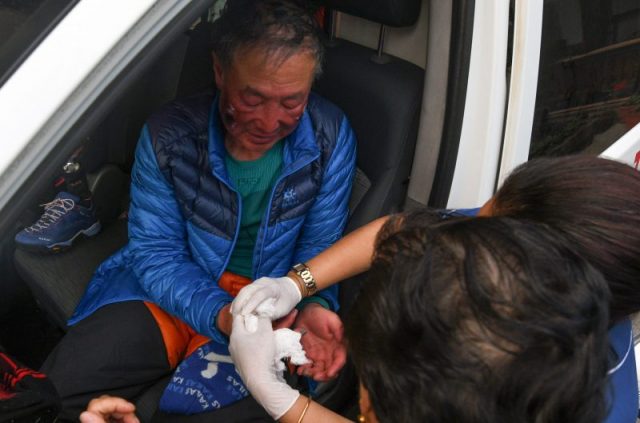 Xia Boyu, a 69-year-old hit by frostbite on Everest over four decades ago, and Steve Plain, who was nearly paralysed by an accident four years ago, were among the first to summit the world’s highest mountain. (Photo by PRAKASH MATHEMA / AFP/Getty Images)

Attempting Mount Everest is expensive: Travel, permits, guides, and gear can run up to $100,000. Most climbers rely on Nepali guides, or Sherpas, to reach the summit of the world’s highest mountain, which requires supplemental oxygen just to breathe. The air is so thin it befuddles the brain. 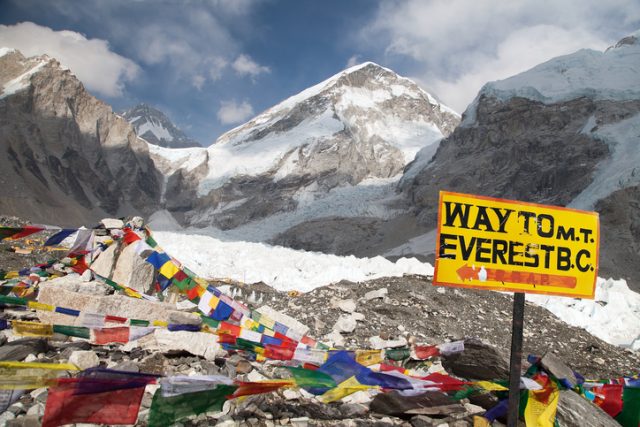 Wearing custom-made prosthetics with crampon spikes for “feet,” Xia reached the summit on Monday, May 14, assisted by a team of Sherpas. His son, Cloud Xia, sent notice over WeChat, according to Time.

Related story from us: In 1953, two climbers conquered the 29,000-foot peak of Mount Everest fueled by mint candy

It was indeed a monumental achievement.