Anne Frank is the most famous diarist of modern times. However, the question of who betrayed her family while they were in hiding, leading to their arrest on August 4, 1944, and Anne’s subsequent death, has remained without an answer. A recently published book claims it was a Jewish woman living in Holland who is known to have betrayed many Jews during World War II.

This new book, The Backyard of the Secret Annex, was written by 70-year-old Gerard Kremer. It is based on the recollections of his father, Gerald Kramer Senior, a member of the Dutch Resistance movement who was acquainted with a woman by the name of Ans van Dijk. After the war, van Dijk was indeed accused of betraying hundreds of Jews to the Sicherheitsdienst Nazi intelligence service. Van Dijk confessed during her trial that she even gave up her own brother. 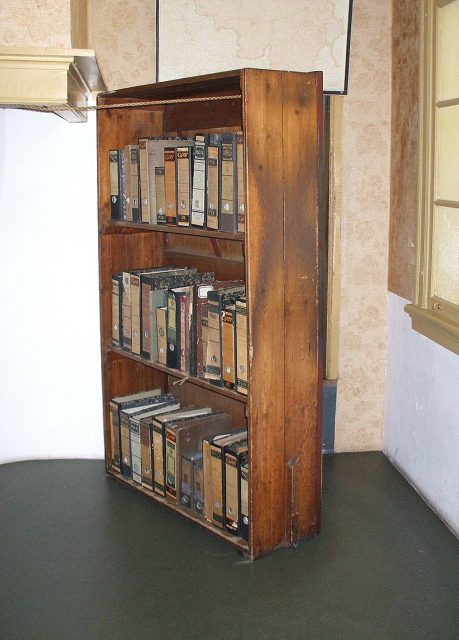 Reconstruction of the bookcase that covered the entrance to the Secret Annex, in the Anne Frank House in Amsterdam. Photo by Bungle CC By SA 3.0

According to The Guardian, the position of Anne Frank House, after discussions with Kramer, is that no definitive proof of van Dijk’s guilt has been offered by the author. A spokesperson for the museum and research center explains that during their own investigations, they “have not been able to find evidence for this theory, nor for other betrayal theories.” Regarding the new publication, the spokesperson stated:

“We consider Gerard Kremer’s book as a tribute to his parents, based on what he remembers and has heard. In 2016, the Anne Frank House carried out research into the arrest of the Frank family and the other four people in hiding in the secret annex.” 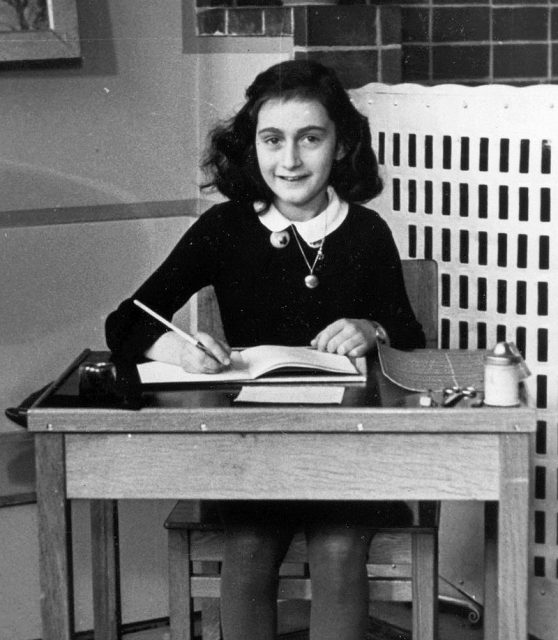 The idea that it was Ans van Dijk who betrayed the Frank family has been considered on several occasions. Some experts believe it might be too late to find the truth after so many decades and multiple investigations. An ongoing cold case review led by ex-FBI agent Vince Pankoke that was launched in October 2017 may shed new light on what really happened, but everyone will have to wait until August 4, 2019, to hear their conclusions.

A spokesperson for the publishing house that is behind Kremer’s book said that they don’t claim “this is 100 percent the answer,” but they consider the book “is a part of the puzzle” that can help conclude the case, The Guardian reports. 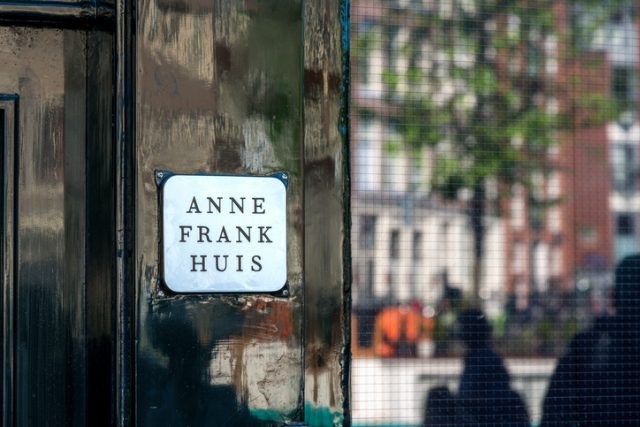 In his book, Kremer alleges van Dijk is the prime suspect responsible for the capture of the Frank family. Van Dijk was executed three years after the war, after confessing to 23 counts of treason. She cooperated in the capture of at least 145 people, with some estimates suggesting it could have been as many as 700 innocent lives lost because of her actions. 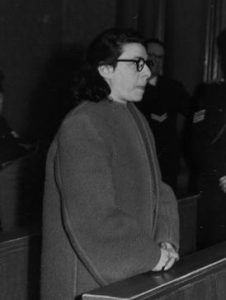 Nazi collaborator Ans van Dijk at her trial in 1947

Ans van Dijk was herself in hiding for some time to avoid persecution for being both a Jew and a lesbian. It transpired during her court case that, following her arrest on Easter Sunday, 1943, she agreed to collaborate with the Sicherheitsdienst, or SD, in return for her freedom. Apparently, she had no problem convincing many desperate Jewish families in Amsterdam that she was a trustworthy member of the resistance, and could help them relocate to safe houses. In reality, she was passing on their whereabouts to her SD handler. Initially working alone, she later recruited other Dutch women to work for the SD too.

According to the book, Gerald Kremer Senior, who passed away in 1978, was the caretaker of a building in central Amsterdam that was used by German authorities and the fascist National Socialist Movement in the Netherlands (NSB), which actively supported Nazi ideology. The book explains that he noticed van Dijk regularly visiting the building wearing some kind of disguise. He allegedly observed her several times using the telephone in the Nazi-occupied offices, and on one occasion, within a few days of the arrest of the Frank family, overheard her discussing the “Prinsengracht” with Nazi police staff. It was a house next to this canal where Anne Frank and her seven companions remained hidden for more than two years– in a secret annex at Prinsengracht 263. 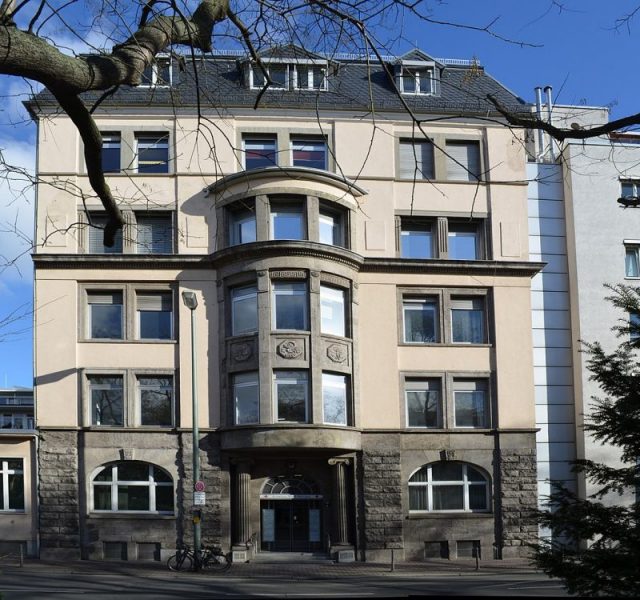 If we accept Kramer’s book as an accurate recollection of events, it still remains unclear if van Dijk passed on the information that led the security police to their refuge on that day.

At the time of the arrest, Anne was only 15 years old. The Franks, their companions the Van Pels family, and Fritz Pfeffer, and two of the men who helped them were sent to concentration camps. Only Anne’s father, Otto Frank, survived. The two other “helpers” who had evaded capture, Miep Gies and Bep Voskuijl, rescued Anne’s diary and kept it safe until Otto returned to Amsterdam after the war. Anne had written in her diary that she wanted to be a writer; in fact, she had already begun to re-write her diary as a book, so Otto decided to publish it in her memory. He wasn’t able to bring his daughter back, but he did make her a world-famous writer and also one of the best-remembered victims of the Holocaust. 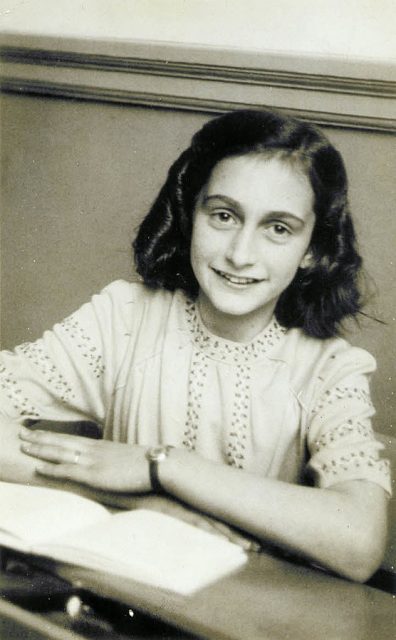 Ans van Dijk moved to The Hague, where was arrested on June 20, 1945. Her trial took place in February 1947, and her appeal on the grounds of self-preservation was rejected by September of that year. She was the only Dutch woman to be sentenced to death for her war crimes.

According to some experts, the discovery of the Frank family might have even been totally by accident, having nothing to do with van Dijk. This is doubtless one of the theories that Pankoke’s team will be examining in their quest to crack the case before the 75th anniversary of the arrest of Anne Frank in 2019.

« Confederate soldier Bennett Young: After escaping from dire Union prison camp, he joined effort to attack Vermont by way of Canada
A book written by 84-year-old man claims his best friend, a fellow skydiver, was the real D. B. Cooper »