Sixto Rodriguez was a star without even knowing it. The majority of musicians throughout the world spend their entire careers rehearsing, recording albums, and touring without ever striking fame. For one Detroit-based musician, Sixto Rodriguez, there was a big surprise. He left the music industry after two failed records in the 1970s, only to find out 30 years later and 8,000 miles away in South Africa he was more famous than Elvis Presley.

Sixto Rodriguez was only 16-years-old when he started playing his family’s guitar. He began writing and performing songs around local bars and shops in Detroit, winning comparisons to Cat Stevens and Bob Dylan. A native of Detroit, he had parents who migrated there in the 1920s from Mexico in pursuit of the American dream.

They joined the influx of immigrants who moved to Detroit for the city’s industrial job market. Even though the government launched “Operation Wetback” and there was a rise in racist anti-immigrant hysteria, many Mexicans chose to stay in Detroit because it was even worse in other parts of the United States. 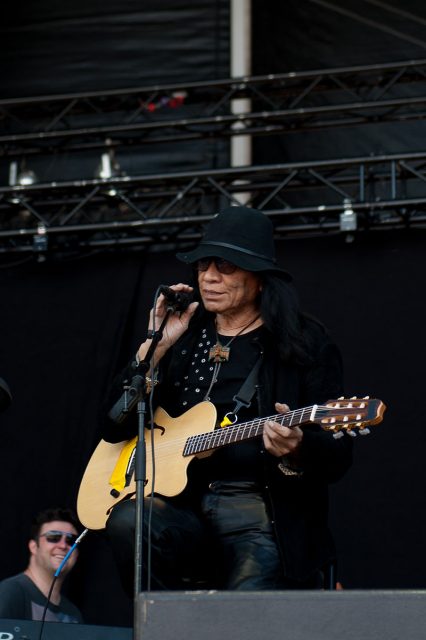 Rodriguez grew up witnessing first-hand the oppression throughout the city. What he experienced on the streets inspired his songs, and he began his musical career–or attempted to. During the day, Rodriguez was a hard-working laborer who worked in demolition and housing restoration, and by night he was a melodic, poetic messenger, a voice for the locally oppressed.

In 1969 Rodriguez was playing at a local bar named The Sewer, when Mike Theodore and Dennis Coffey discovered him. Theodore and Coffey listened and watched as Rodriguez, a naturally shy man, played to his audience with his back facing them. Although he was soft-spoken, he had a message that was loud and clear.

The two men knew right away they wanted to produce his album. Rodriguez previously recorded a few songs in 1967 with a Detroit label. The songs were re-recorded and added to his new and first official album, Cold Fact, released in 1970 on the Sussex record label. 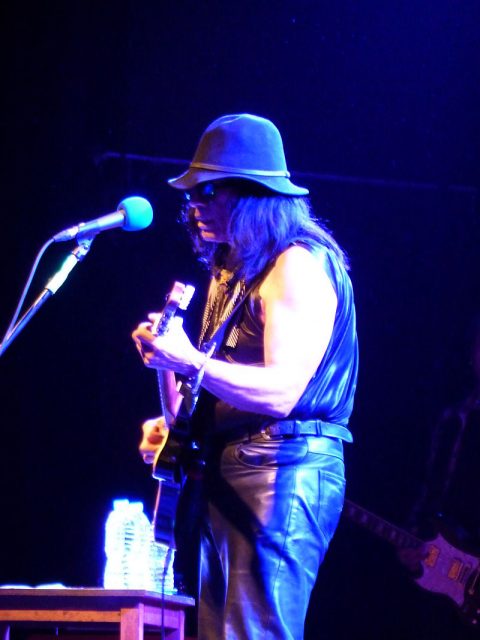 Despite Billboard giving Cold Fact a 4-star review, the album only sold a few copies in the United States. In November 1971, Rodriguez’s second album, Coming From Reality, was released, and like his first album, it tanked. A month after the release, Sussex dropped him from the label.

After the second album failed, Rodriguez decided to take a break from music and continued to work in construction. He earned meager wages at the physically grueling work. In 1976, he purchased a run-down, neglected house for only $50. But at the same time, Rodriguez’s music was growing in popularity overseas. In fact, he had an entire other life he wasn’t aware of in South Africa. 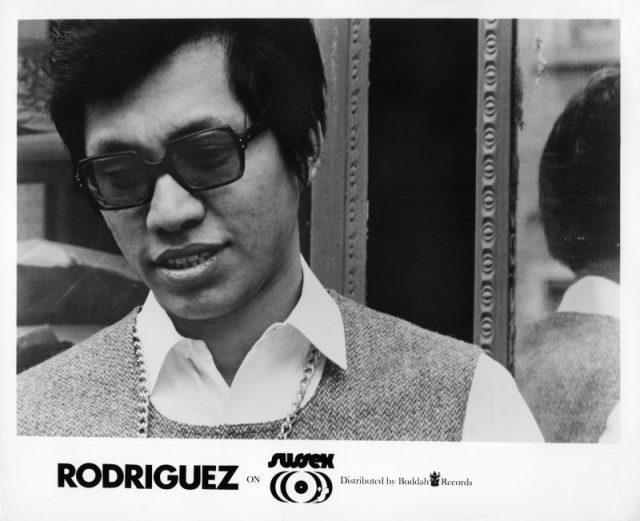 Rumor has it that in 1971 an American woman came to visit her boyfriend in Cape Town, South Africa, and she brought a copy of Rodriguez’s Cold Fact album with her. She shared the record with friends, then her friends wanted the album but couldn’t find it in stores.

It seems that copies were made and this resulted in a higher demand for Rodriguez’s records. A South African record label purchased the rights from the American label, a fact that Rodriguez seemed unaware of, and released both Cold Fact and Coming From Reality. 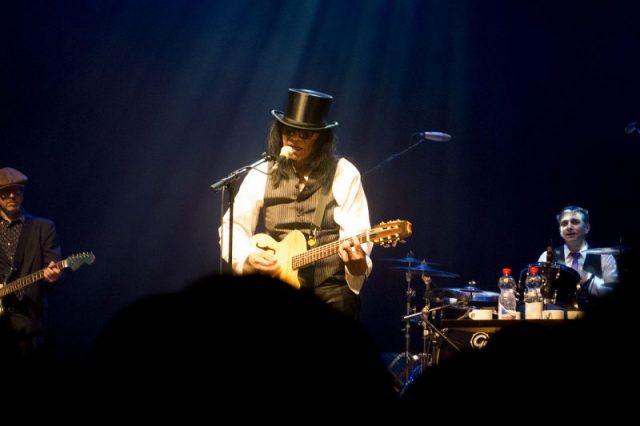 Although Rodriguez was unaware of it, his popularity grew like wildfire. There was little information about Rodriguez, and people in South Africa wanted to know more. In the 1970s in South Africa, it was the height of the Apartheid system. Television was banned, and media was censored and often restricted.

South Africa was a very isolated society and those who opposed their government found Rodriguez’ anti-establishment and political songs relevant to their life. Because of the political messages and a drug-related hit-song “Sugar Man” in Rodriguez’s album, it was banned from playing on radio stations.

The banning of the song fueled the desire to hear the album even more. Rumors surfaced of Rodriguez’s death, and the majority of South African fans for some reason believed he committed suicide onstage after his second album. In the 1990s a record store owner and dedicated fan of Rodriguez, Stephen “Sugar” Segerman, along with music journalist Craig Bartholomew, decided to take action. The two began their search for the mysterious Sugar Man, Sixto Rodriguez. 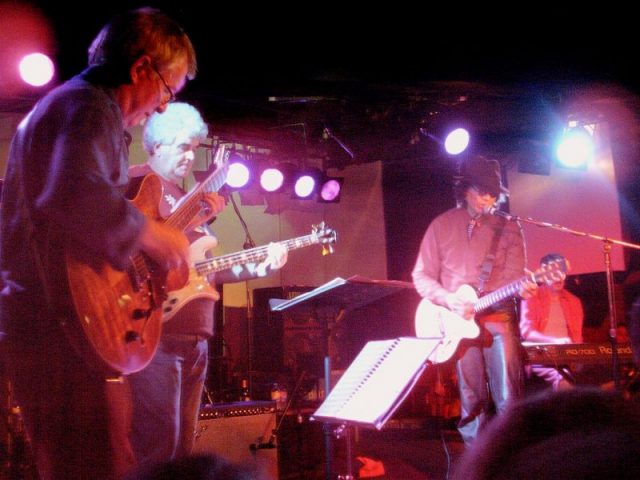 While Rodriguez was living his everyday life in the United States, he was completely unaware of his musical status, or how his first album Cold Fact catapulted him to stardom in South Africa. Unbeknownst to him over the last few decades, he was more famous there than both Elvis and the Rolling Stones.

It wasn’t until 1997, nearly 30 years after the release of his first album, that his daughter, Eva, made a startling discovery. She came across a website dedicated to her father called “The Great Rodriguez Hunt” based in South Africa. Stephen “Sugar” Segerman had published the website and featured a Milk Carton with a picture of Rodriguez asking for any information. 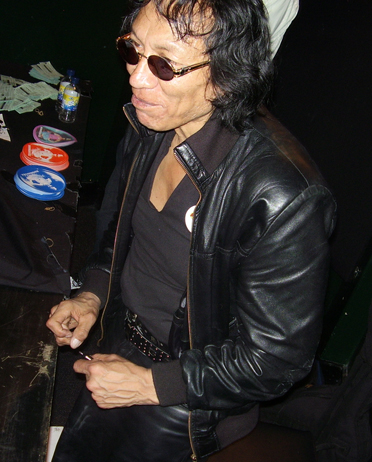 Bartholomew published an article titled “Looking for Rodriguez,” and the news of his and Segerman’s recent discovery about Rodriguez’ life went viral. Nobody could believe the man who they’ve assumed was dead for decades was alive–all while everyone who knew Rodriguez back in the United States doubted he was as famous as they were saying overseas.

In 1998, Rodriguez was invited to play two shows in Cape Town, South Africa, on March 6th and 7th. Still not entirely convinced of their father’s fame, Rodriguez’ three daughters set off to South Africa to show their support. They were picked up from the airport in a limousine which was surrounded by paparazzi and the press.

When it was time for Rodriguez to play, he was greeted on stage with a 10-minute-long standing ovation from 5,000 audience members. Both shows were sold-out and fans were in disbelief the man they fell in love with through his music was right before their eyes. 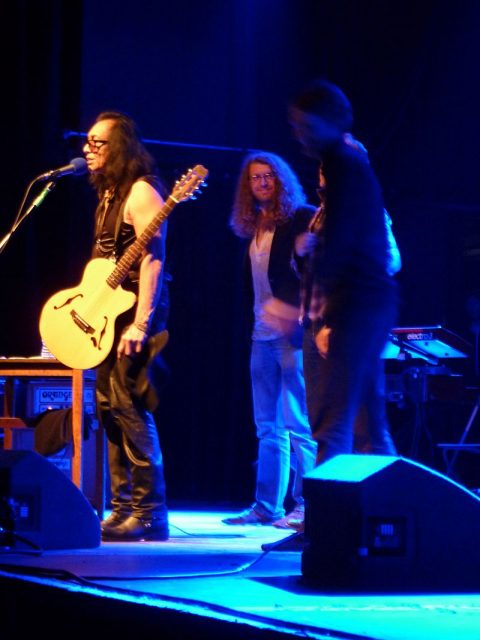 Sixto Rodriguez at Manchester Academy,  December 2012 (he finally took off his hat at the end of the show)Photo: Jake from Manchester, UK – CC BY 2.0

Rodriguez went on to play six more shows while he was in South Africa before going back to the United States. He continued to gain attention overseas, and it wasn’t until the release of an award-winning documentary titled “Searching for Sugar Man” in 2012 that he found a spotlight in the United States.

Even with his newly discovered fame, Rodriguez remains a modest man, living simply without excess or glamour. He continued working in the labor industry, and up until 2013, was still living in the home he purchased for $50. Although he’s 75 years old today, he’s touring the world, giving the majority of his money to family and to those who helped him when he needed it the most.

Related story from us: The Sons of Lee Marvin: a “secret” society founded by directors, actors, and singers who are his proud look-alikes

Another mystery in this already unusual story is if Rodriguez’ albums were selling so well in South Africa, how come he was never paid his share? It’s reported that the South African record labels that reissued Rodriguez’s records and CDs paid royalties to Sussex records. Sussex went out of business in 1975, and the money trail from Rodriguez’s albums sales grow cold.

The founder of Sussex, Clarence Avant, claims that it was too long ago to remember. Fortunately for Rodriguez, there is an ongoing lawsuit and investigation in hopes of uncovering where or who his money went to.

« The Bizarre Occult History of the Wedding Veil
Confederate soldier Bennett Young: After escaping from dire Union prison camp, he joined effort to attack Vermont by way of Canada »