Pompeii victim: A man’s skeleton found, his skull crushed by a boulder as he tried to flee

When Mount Vesuvius erupted with ferocity in 79 A.D., it claimed thousands of lives while burying the ancient Roman city of Pompeii. It was an epic-scale tragedy, one that also left riddles for archaeologists to grapple with two millennia later.

In the latest excavation mission, helped by advanced terrain scanning technology, archaeologists located the skeleton of a man, but the skull is still missing.

The remains appeared underneath a giant rock that weighs an estimated 650 pounds, which archaeologists believe smashed the upper part of the man’s body. 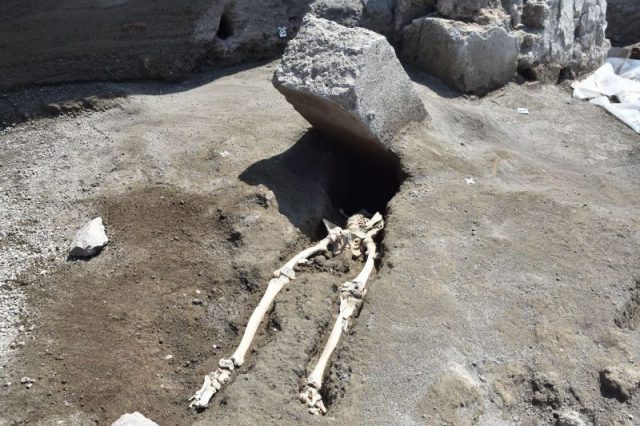 The victim may have had a leg disability, which would have made it particularly hard to  escape. (Photo by Soprintendenza Archeologica Pomp/KONTROLAB /LightRocket via Getty Images)

The unfortunate victim was aged not more than 30 years, according to officials in Italy. The man’s cranial remains have not yet been found; archaeologists will probably need to dig deeper beneath the 3.2-f00t-long stone block, which was probably a door pillar.

A lesion found on the man’s leg suggests he could have suffered an infection prior to the volcanic eruption, one that may have impaired his walking or running, slowing him down as he made his desperate attempt to escape.

The gigantic stone must have been hurled into the air with the pyroclastic flow–a super-fast deadly blast of extremely hot gases and volcanic material–that would have battered the area in a matter of minutes as the angry volcano exploded.

Thousands of Pompeii residents lost their lives in the violent eruption. 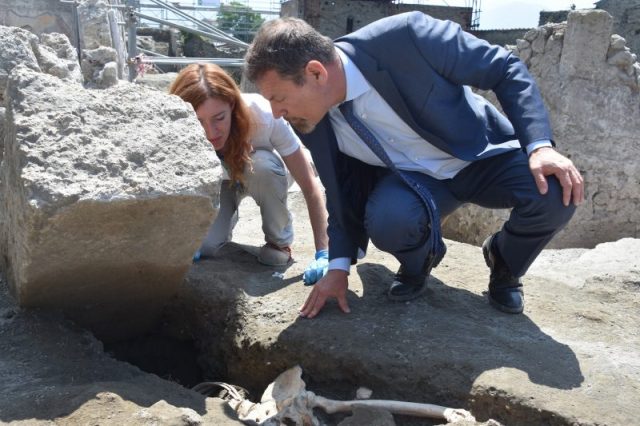 A skeleton of a victim recently found in the new work area of Regio V in the archaeological site of Pompeii. (Photo by Soprintendenza Archeologica Pomp/KONTROLAB /LightRocket via Getty Images)

According to Live Science, the decapitated man may have already been dead because of the pyroclastic flow before his chest and head were smashed by the stone flying through the air.

Nevertheless, even if he wasn’t finished off by the first, he would have obviously been finished by the latter.

This man’s remains are the first to be identified in a so-far uncharted site affected by the ancient eruption.

The specific area is named Regio V and is in the north of Pompeii. Massimo Osanna, who directs the archaeological site, said the remains that were found on the first floor of a building are an “exceptional find.” 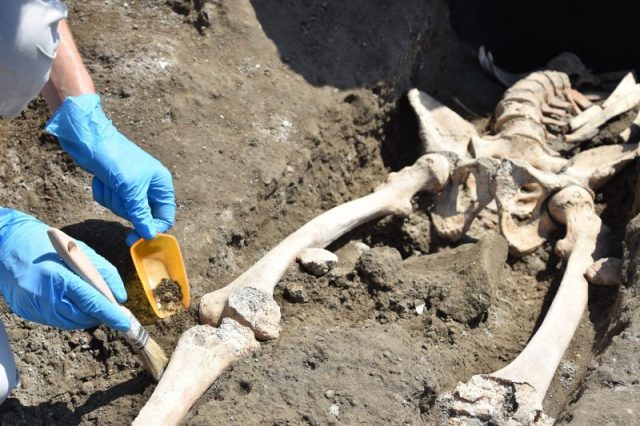 The victim reportedly was lying above a layer of small stones carried by the volcanic clouds.

Osanna has also commented that these type of discoveries have an “emotional impact.” But they also reveal in much greater details how victims attempted to save their lives in those last minutes.

Coming across more such finds is certain to help paint a clearer picture of what happened as the volcano claimed its toll.

Another intriguing discovery of a Pompeii victim who attempted to save its life made the news recently. 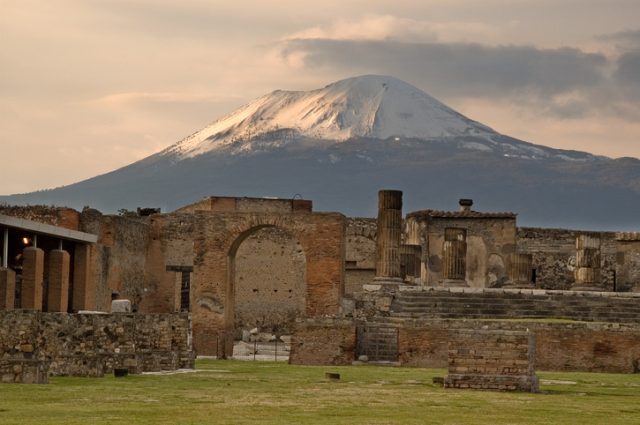 Archaeologists found the preserved body of a child, assumed to be no older than eight, who sought shelter in a public bathhouse as the volcano progressed. The Telegraph reports this is the first skeleton of a child to have been identified from the ruins of the volcano-buried city in five decades.

For volcanologists, Mount Vesuvius remains a solid reason for headaches.

Classified as active, this volcano is considered to be the most dangerous of all the ones in Europe and currently threatens the lives of millions of people who live in its neighborhood, barely few miles away in Naples, in the south of the country. 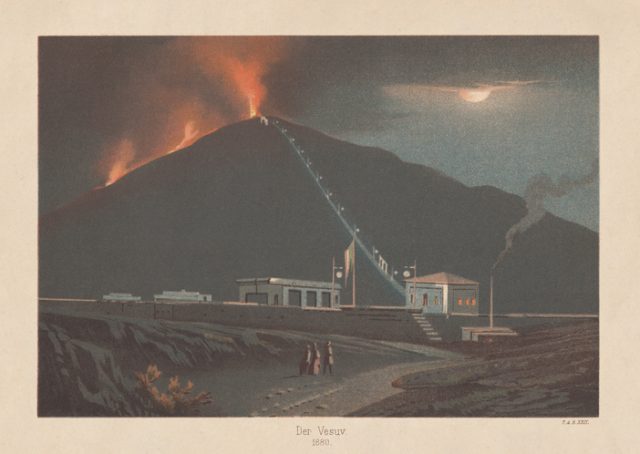 According to one report, in the last several thousand years, which is just a short time in the life of  volcanoes, this Italian sleeping dragon has had 42 eruptions that count as VEI3 or larger on the Volcano Explosivity Index.

Related story from us: Frozen in time: The victims of the catastrophic Mount Vesuvius eruption in 79 AD

If reading the index correctly, VEI3 means that over 2.9 billion gallons of volcanic ash and debris were released during each of these eruptions.

« F. Scott and Zelda Fitzgerald’s 1930s home is now available as a nightly rental
“A game changer”: Scientists discover that that millions of Mayans once thrived in an area covering 800 square miles of today’s northern Guatemalan jungle »