On July 20, 1969, people gathered in front of their television sets, gazing at the remarkable images moving across the screen.

Here was a man walking on the Moon right before them. The incredible video playing showed astronaut Neil Armstrong gliding across the surface of the Moon–the first person to ever do so.

The Apollo 11 tapes showing this miraculous event were intended to be used as a backup format in case the live television event didn’t broadcast the moon-walking well enough. 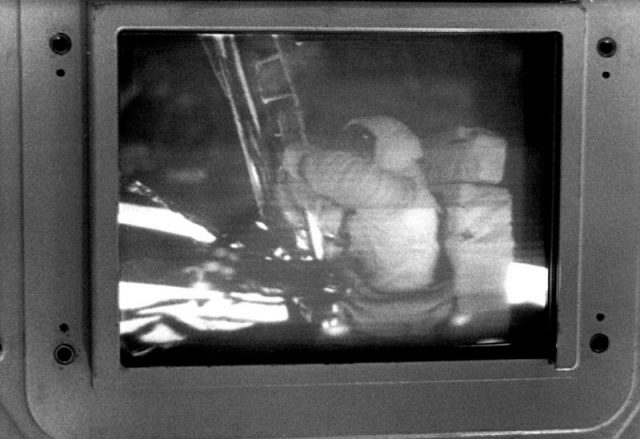 They were shot on SSTV film, which beamed images to satellites across space and to various NASA tracking centers in Australia and California.

The telemetry was then sent to Houston, where it was converted into images and sent to television sets throughout America. 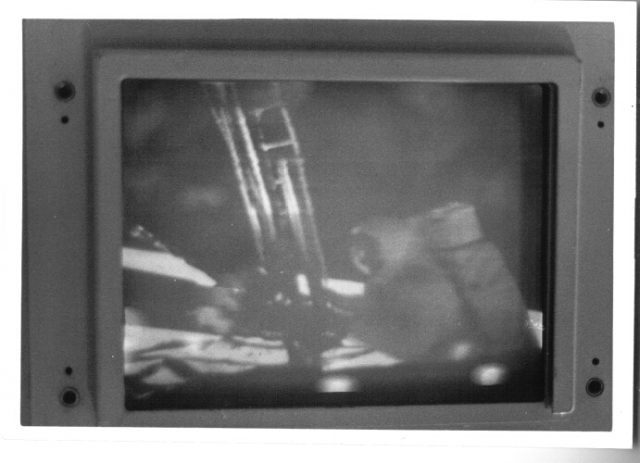 This extremely historic video marked a new chapter in space exploration, but many will be surprised to find that the original tapes that recorded this were seriously neglected and eventually lost, as reported on NPR.

Known as the Apollo 11 missing tapes, their existence has sent NASA researchers on tireless searches to find these lost tapes of the Moon landing.

They looked through thousands of boxes, analyzed handwritten documents and intricate logbooks, and searched homes that might have come into contact with them. 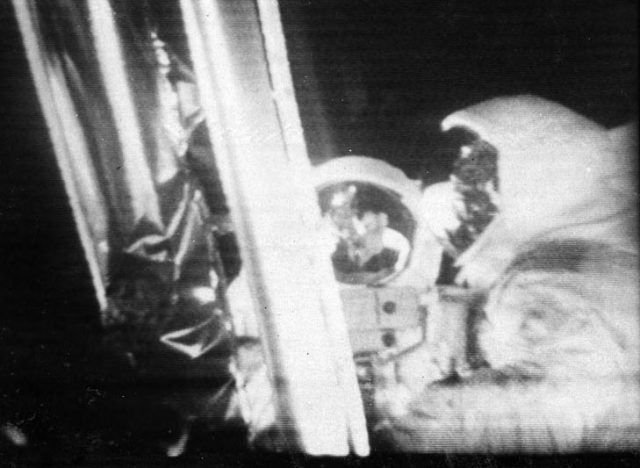 Photo of the high-quality SSTV image before the scan conversion.

Originally, NASA believed that the tapes were not lost forever as many claimed, but stored somewhere in the Goddard Space Flight Center after the center requested that the National Archives return them in the early 1970s.

At one point, a small piece of two-inch film, the same that the Apollo 11 tapes were recorded on, was found. But when it was played, the screen only buzzed and remained blank. 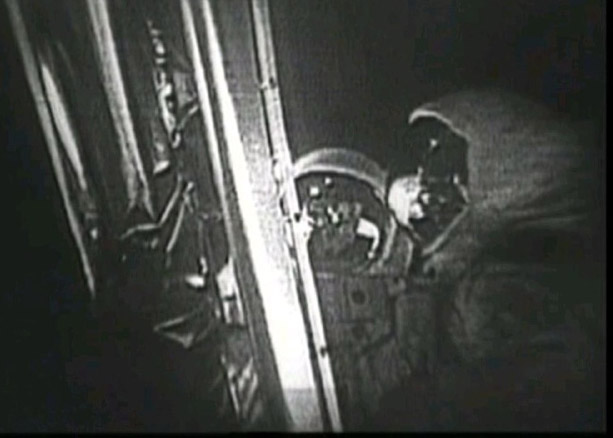 The degraded image after the SSTV scan conversion.

In 2009, it was widely accepted that the original tapes were more than likely erased and later filmed over.

This was reportedly due to a discovery by a NASA engineer named Richard Nafzger, who believed that these historic tapes were thrown into a pile of over 200,000 vintage NASA tapes that were eventually erased and reused to help save money during the 1970s and 1980s. 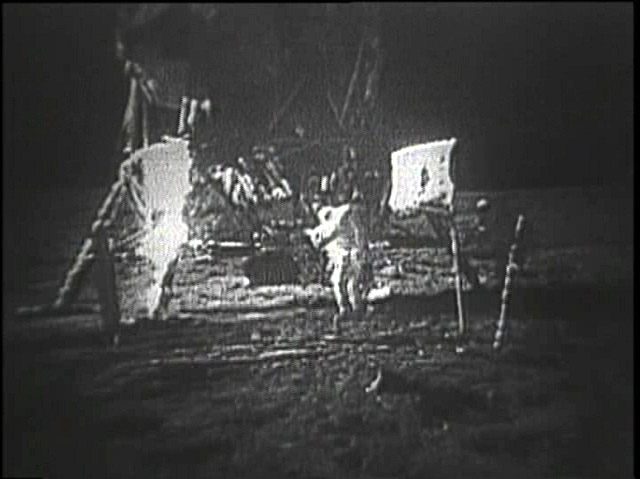 The degraded image after the SSTV scan conversion.

It’s believed that this was done as a way to help the agency save money while recording telemetry information for space explorations done during this time period.

Some theories suggest that there could be some secret unofficial copies taken of the landing when the signal reached Australia at a NASA center there. There are also conspiracy theories that believe this was only done on a staged movie set or on a military base which is why the original tapes were destroyed.

Recently, in 2015, a home in Pittsburgh was found to house many old NASA computers that still had data and tapes in them, including 325 magnetic tapes similar to the ones that captured the Apollo 11 landing. 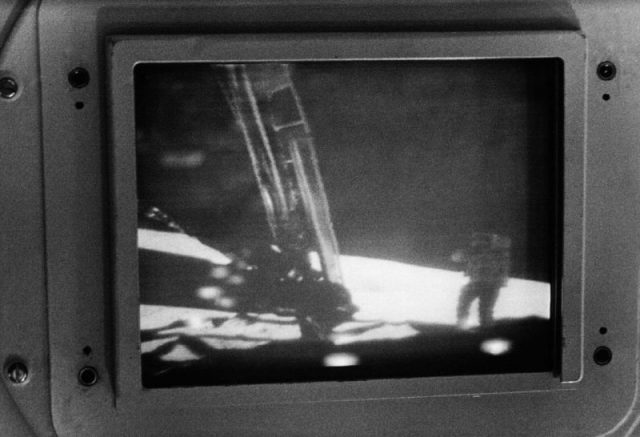 However, NASA quickly destroyed these computers and some of the tapes as they were determined to be too difficult to convert and recover due to their being covered in mold. It’s believed, though, that these tapes were not connected to the lost Apollo tapes, due to their deteriorating condition.

NASA has admitted that the tapes were probably destroyed in some way due to space and budget constraints.

But if any pieces of the tapes are ever found, NASA has kept many old pieces of equipment to help process them and convert them into a modern digital format. 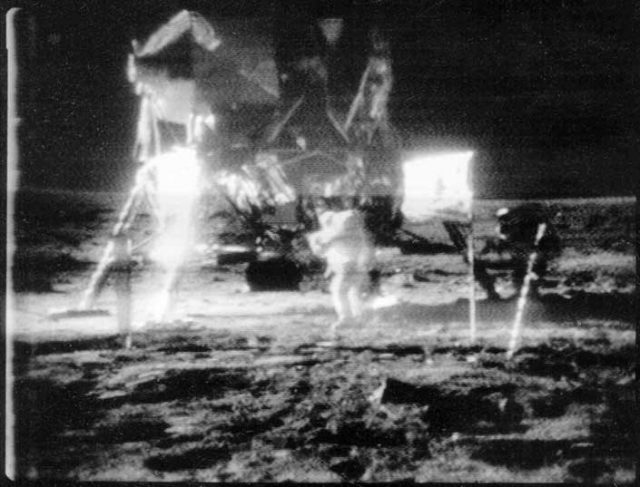 Photo of the high-quality SSTV image before the scan conversion.

NASA has worked to convert copies of the original Moon landing into crisp high-definition images, but these are only the copies.

Related story from us: NASA’s cosmic blunder: the Apollo 11 sample bag that went to the Moon in 1969 ended up at a public auction

Unless they are somehow found, the original raw format of the film that caught Neil Armstrong, Buzz Aldrin, and Michael Collins being the first humans to greet the Moon will never be seen again.

« A Heldreich’s pine in Italy is named Europe’s oldest tree at 1,230 years, when King Charlemagne lived and the Vikings raided
How a physician invented chocolate milk in Jamaica and brought it to Europe »