Grandma’s kitchen – Wood stoves were the heart of every home

Many of us have a nostalgic love for antique wood cook stoves. Who wouldn’t one in our kitchen, given the warmth that fills the room and the special woodsmoke flavor added to food cooked in its oven? Or maybe you prefer a simpler, and smaller, wood heat stove topped with a flat hot-plate.

Wood-burning stoves incorporating an oven, that traditionally doubled as a means of heating the home, have occupied a special place in our kitchens for at least two centuries.

Since their introduction, many inventors have worked toward perfecting the models, including Benjamin Franklin and Benjamin Thompson.

As wood stoves slowly but surely started became a must-have during the 18th century, European countries such as England, Germany, and the Netherlands took the lead in coming up with different designs that would embellish the kitchen interior. The United States did not lag behind for too long.

First produced in the 1600s, the often ornately decorated cast-iron Jamb stove, or five-plated-stove, became popular throughout Germany. These were primarily a source of heat and rarely used for cooking–in fact during the 19th century, a family’s status might be judged by the elaborateness of their Jamb stove. Around this time in America it was six-plate, or box stoves, that were all the rage.

In the 1760s, American manufacturers started turning out ten-plate stoves. This was the first style of stove designed with an enclosed oven specifically for cooking.

Cook stoves evolved and grew from the small ten-plate-style as factories and industry changed in the early 19th century. At this point, in the U.S. for instance, the growth of coal mining and iron manufacture, which consequently elevated cast iron as one of the most crucial materials of the century, was of utmost importance.

That was good news for wood-burning stoves too. 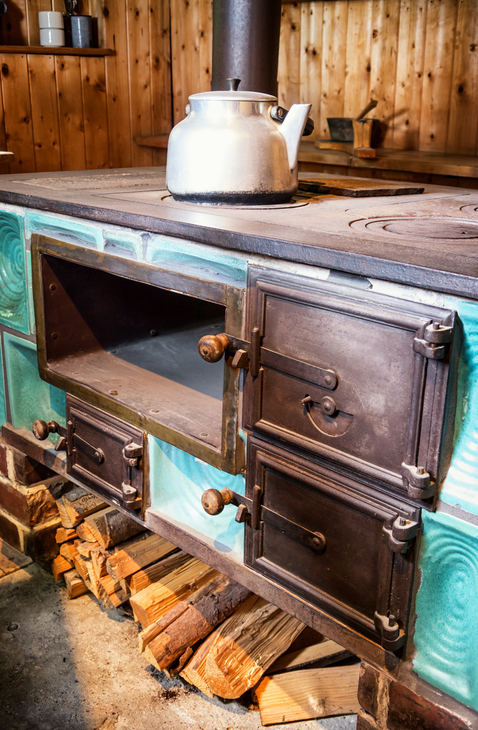 An old wood cook stove in a farmhouse kitchen 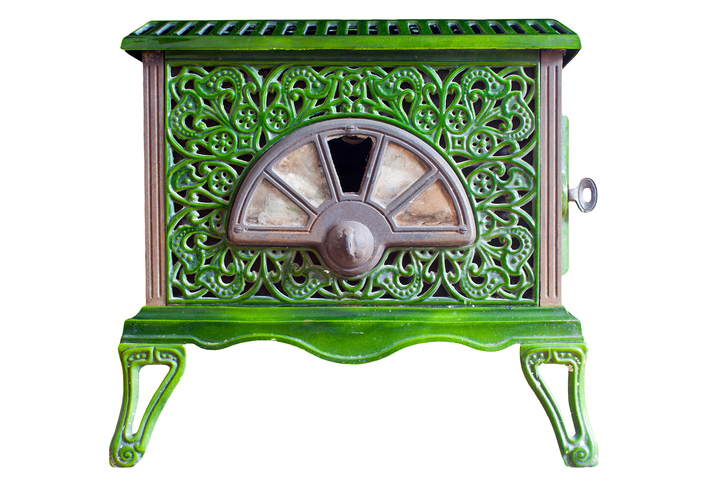 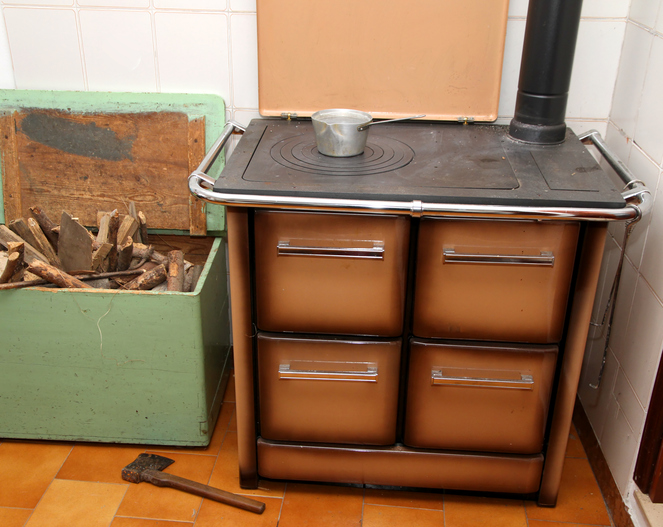 There’s wood, there’s axe, and there’s the good old faithful stove. All ready to cook dinner at the mountain house. 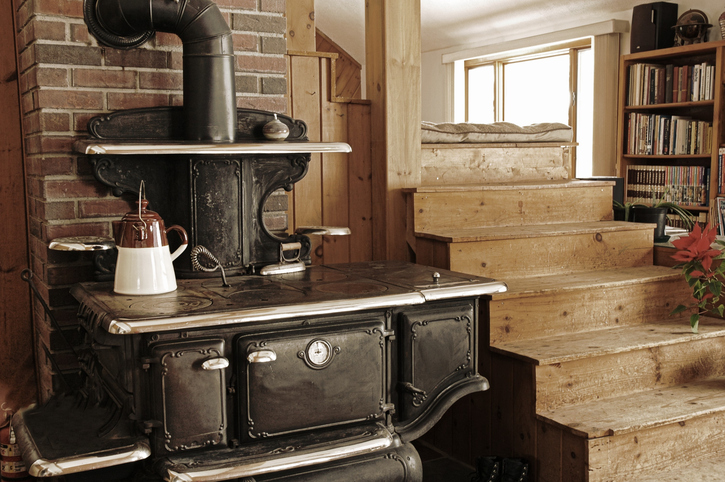 An old cast-iron cook stove is the perfect accessory in this rustic-look modern home. Note the iron waiting to be heated up. 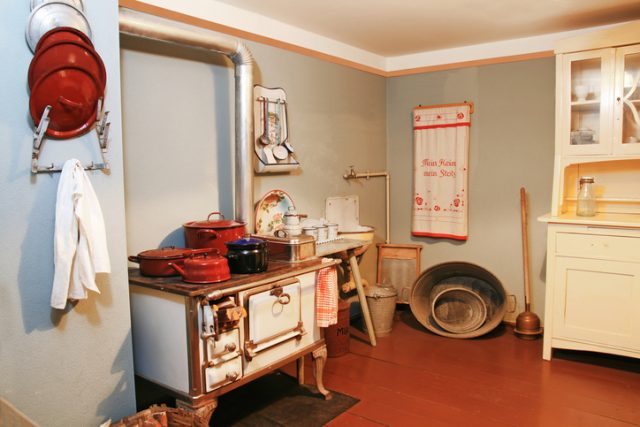 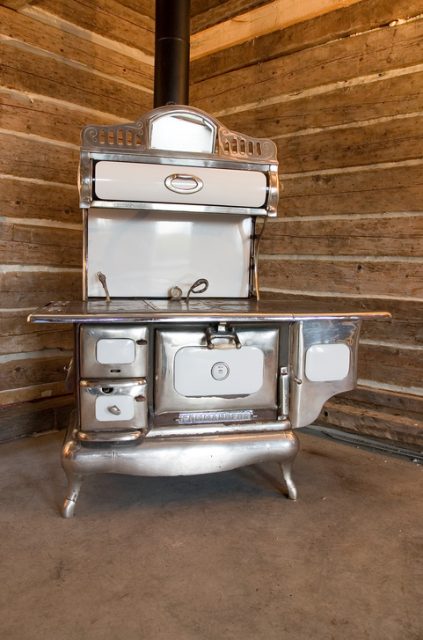 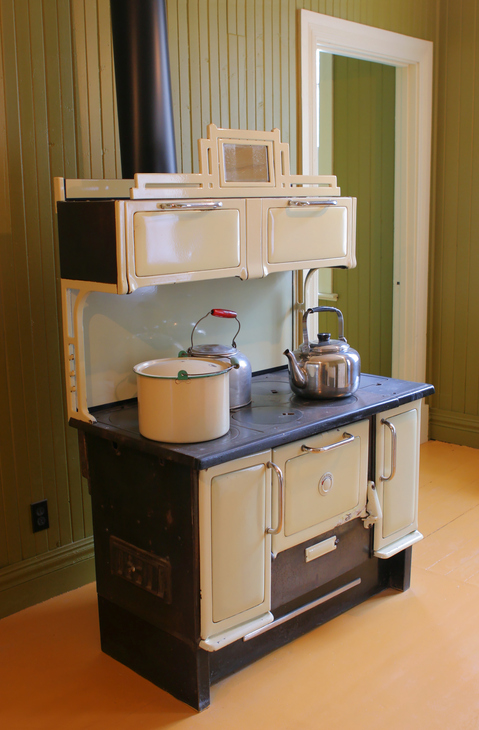 A white cook stove big enough to cater for a hungry family. 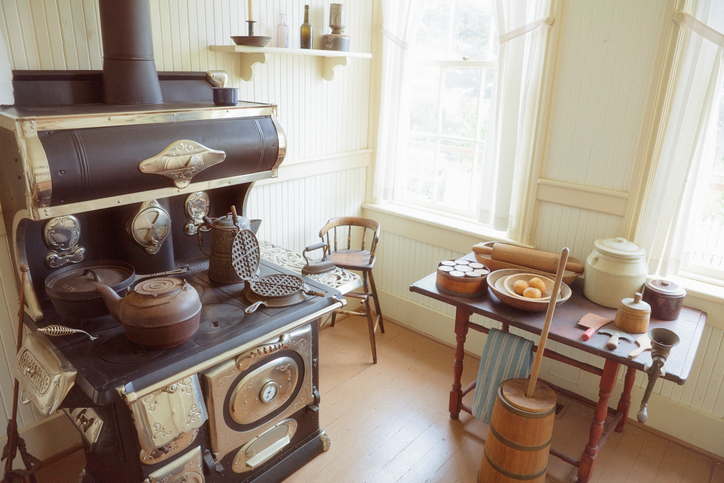 A busy antique kitchen from the 19th century. Seems like the perfect place to drink your morning coffee. 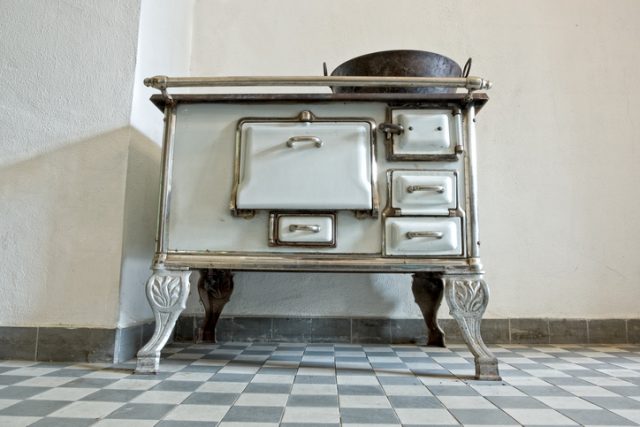 Front view of an old white-colored oven. It fits well with the bare white walls and the choice of tiles for the floor. 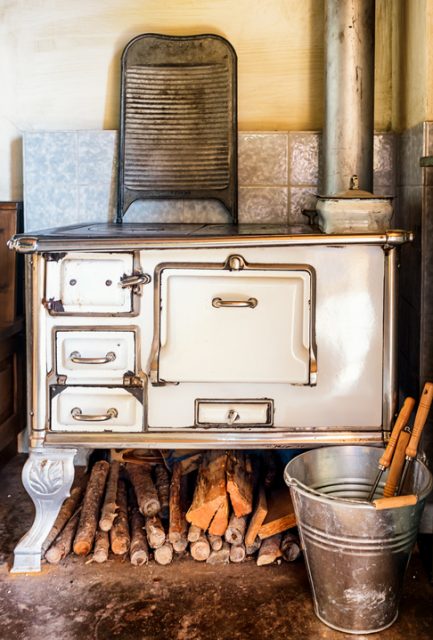 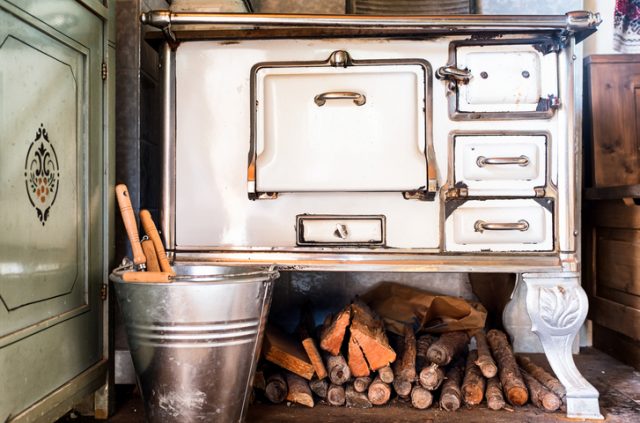 The old wood stove in the farmhouse, seen from another angle.

How to cook food without a stove 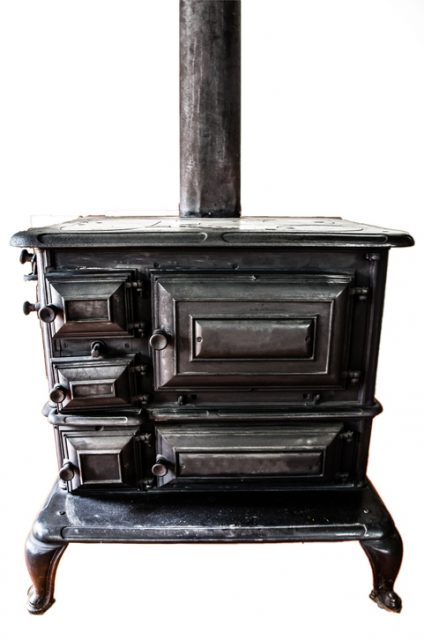 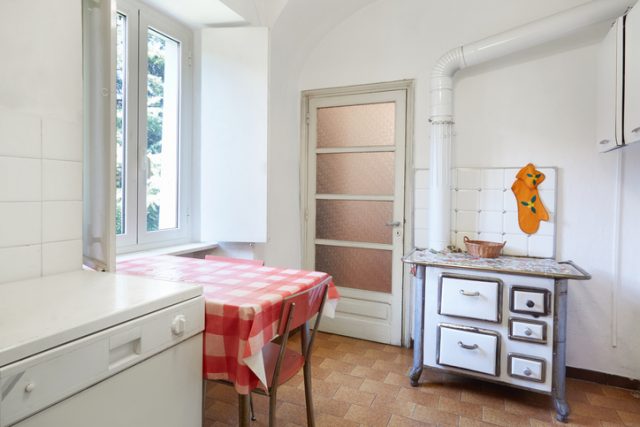 A vintage style oven in a kitchen in Italy. 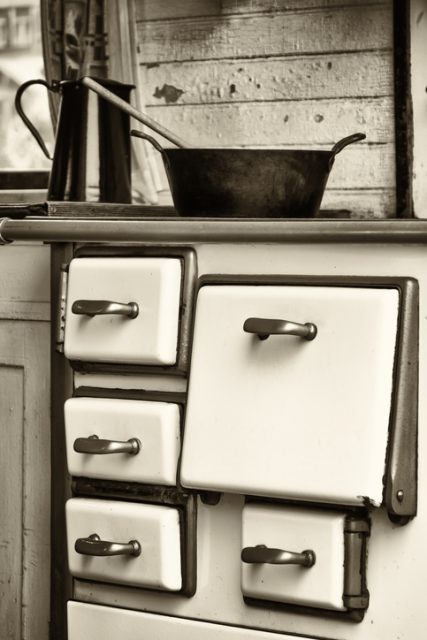 Dinner is cooking at the farmhouse.

The iron foundries were a money-making machine, and cast iron itself as a material is able to withstand the rapid change of temperatures a heated oven would typically generate.

Indeed, this was the perfect material that would allow the birth of more intricate and hard-wearing products. Cook stove production became an art, with pieces that were no longer produced merely for practical matters, but also ones that would be adorned with complex ornaments and decorations. This can be well noted in some of the photographs. 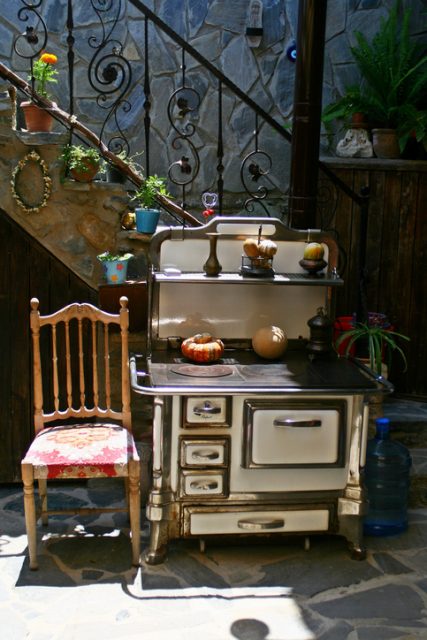 A cookout on a cook stove? Now that’s novel. 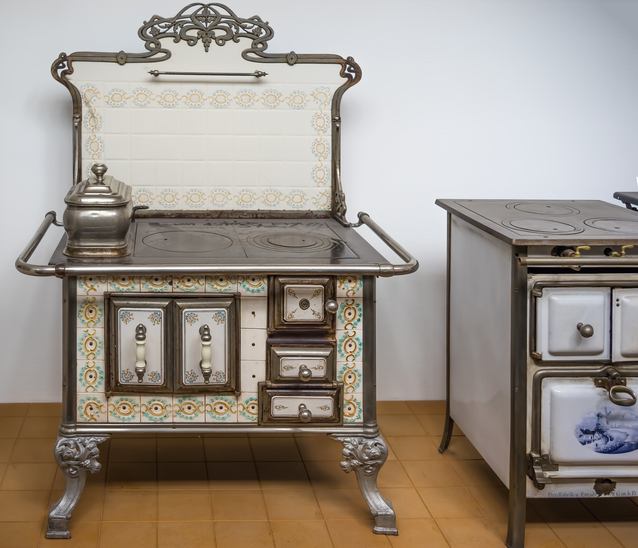 Wouldn’t change a thing on it: this splendid piece is Grandma’s Art Nouveau oven. 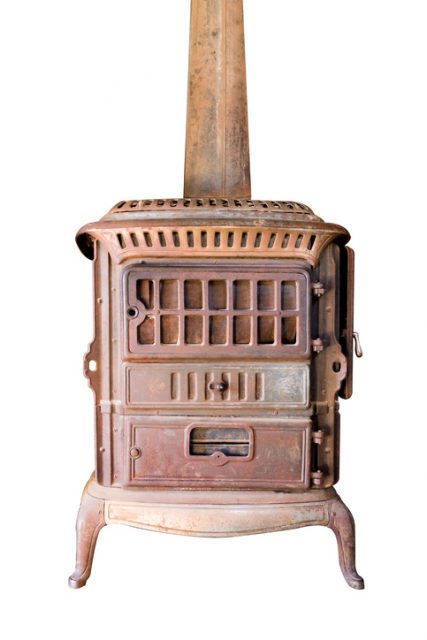 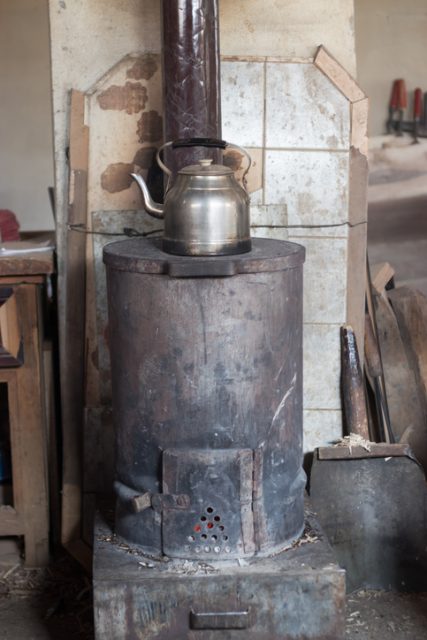 An old wood-box stove. The water will boil any minute now.

When gas was introduced as a means of running street and indoor lights, then also as a heating resource, it delivered a new twist for cook stoves too. In many households, particularly in Europe, gas became a substitute for the traditional wood and coal cook stoves.

Related story from us: The mystery of the talking stove drove a family from their home in Spain

Then modern times were upon us, and the world embraced the wonders of electricity. Perhaps we are long past the heyday of the faithful antique wood stove, but their magic seems present any time we see or use one to prepare food for the dinner table.

« Jerry Maren, the last surviving Munchkin and the one who gave Dorothy a lollipop, passed away at 98
Courtesan and Countess – the godmother of the Surrealist selfie »