The Apache tribe is noted among Native Americans for the bravery with which they initially faced the arrival of the “white man.”

As a nomadic group of people, the Apache were the first of the tribespeople to master horse riding, according to legend. They snaked through Alaska and Canada, and down into North America.

They eventually reached the southern part of the continent’s plateau, then split into two large groups. If there was a border of sorts between the groups, it was the Rio Grande.

At the dawn of the 18th century, Apache Native Americans largely populated the vast plains of Kansas. While they grew beans and other crops, their favorite dish was buffalo meat. The tribespeople also used the animal’s skin to manufacture garments.

When they were on the move, they rested in temporary homes called teepee’s, easily movable, particularly in times of some serious buffalo-hunting. They were constructed with long poles and buffalo hide.

The wikiups, also known as wigwams, were the Apaches’ more durable homes. Tree saplings were used to form the dome of the wigwam structure, and natural materials like tree bark was used to cover the small but comfortable home.

The Apache outfits in the portraits were frequently made of leather. Men opted for loincloths and shirts, while women wore dresses made of buckskin. Leather moccasins were the most common footwear, especially among men.

Clothing would be decorated with vegetable-pigment paints, beads and feathers. Strings of beads made from materials such as turquoise and jet, as well as shells and seeds, were worn in abundance by Apache women as bracelets, necklaces and chokers. Other jewelry included stitched or woven necklaces, pouches, and hair ornaments.

Despite their being more military-minded than some other Native American tribes, over time they lost the lands they traditionally held. The Apaches’ first clashes were with the Spaniards, then with the U.S. government–both exhausting and costly. 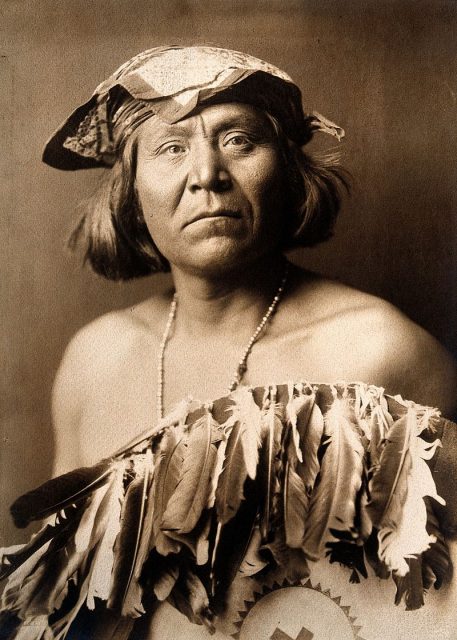 Go-Shona, here shown in a ceremonial outfit. Photo By Wellcome Images CC BY 4.0 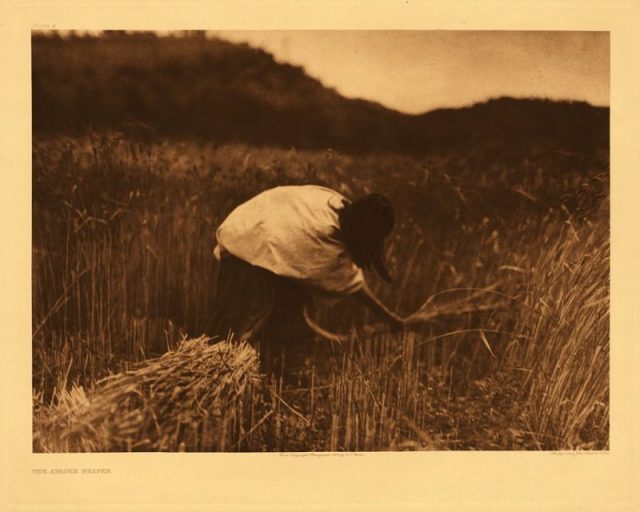 Bringing in the harvest 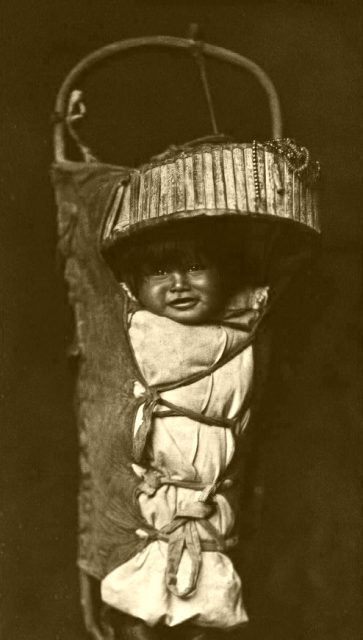 A baby laid in a cradleboard. These traditional baby carriers were designed to be worn on the mother’s back, or secured to a sled or horse saddle. 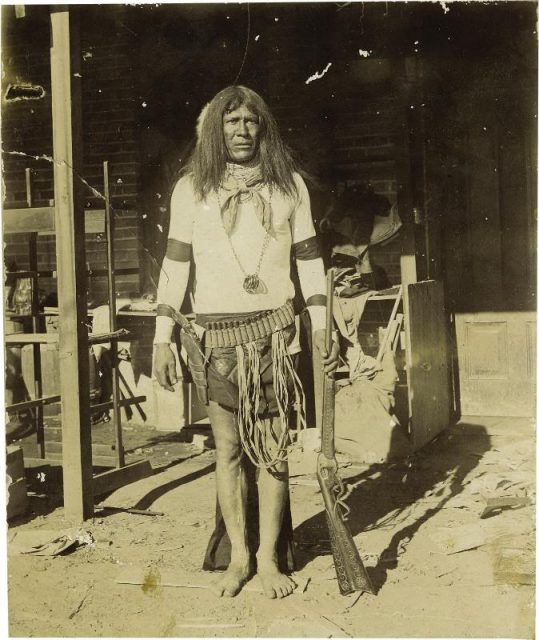 A barefoot Apache with an Evans Repeating Rifle, c. 1880. 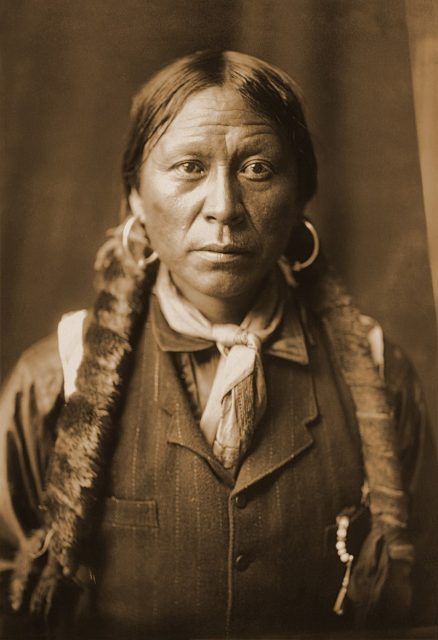 A Jicarilla Apache. The photography was done by Edward Sheriff Curtis sometime around 1904. 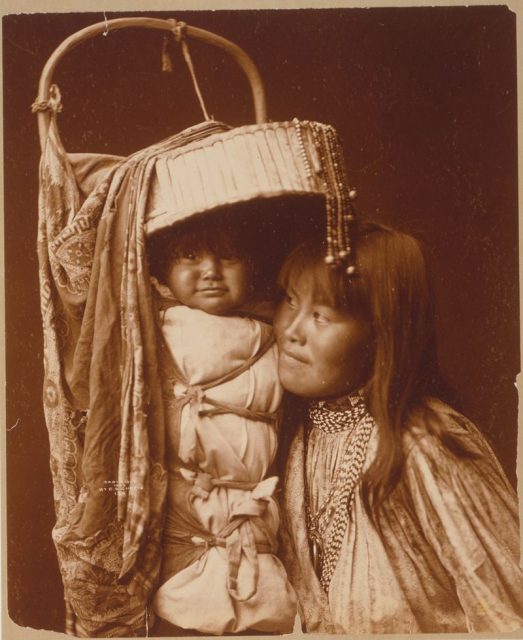 Woman with a baby tightly swaddled in the beautifully crafted cradleboard. 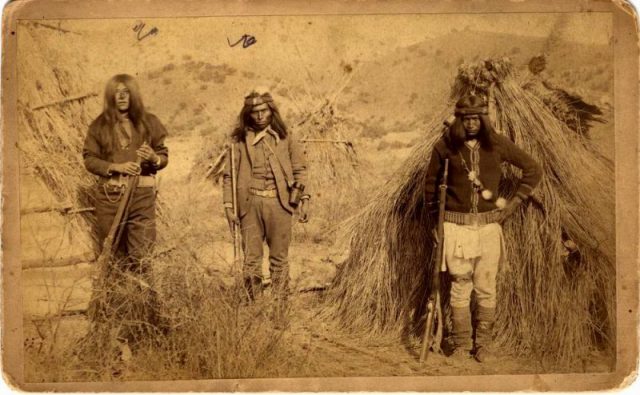 Apache homelands once encompassed what is today east-central and southeastern Arizona, southeastern Colorado, southwestern and eastern New Mexico, and western Texas, and northern Chihuahua and Sonora states in Mexico. 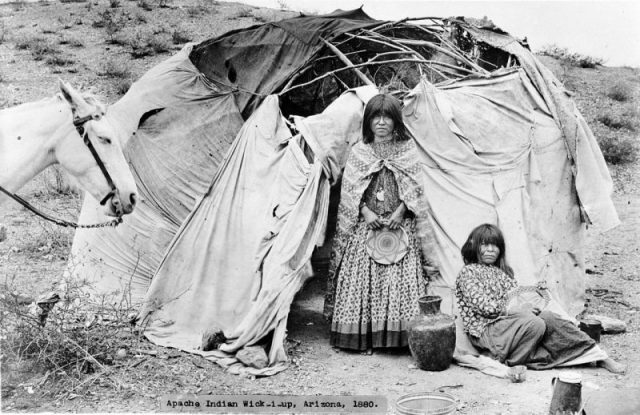 Two women photographed next to their cloth covered wickiup, Arizona, 1800. 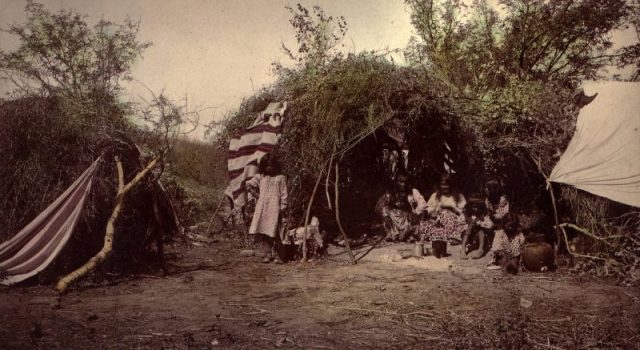 A Chiricahua Apache medicine man sits with his family at their brush-made wickiup. This is also at a camp in Arizona. 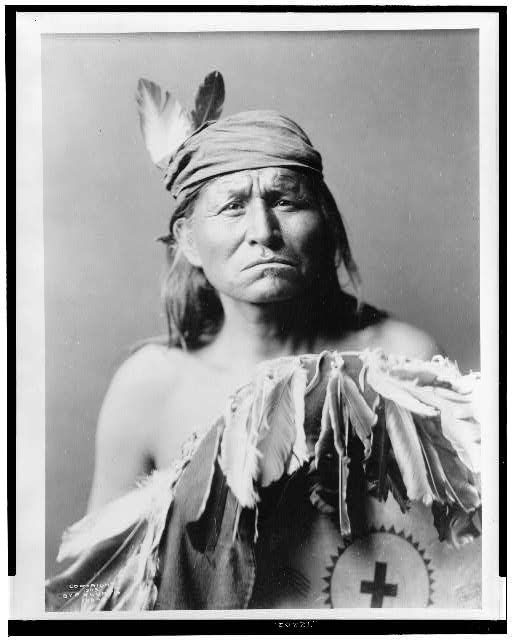 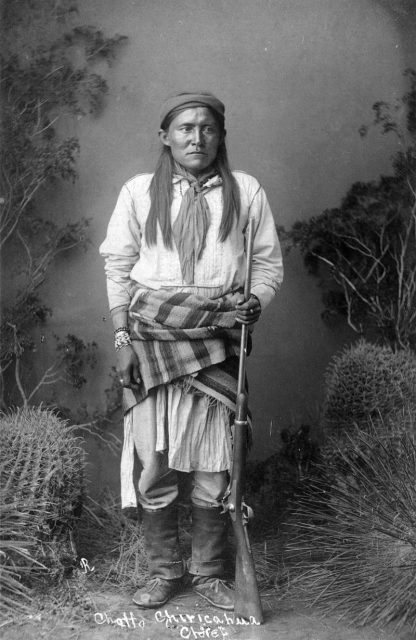 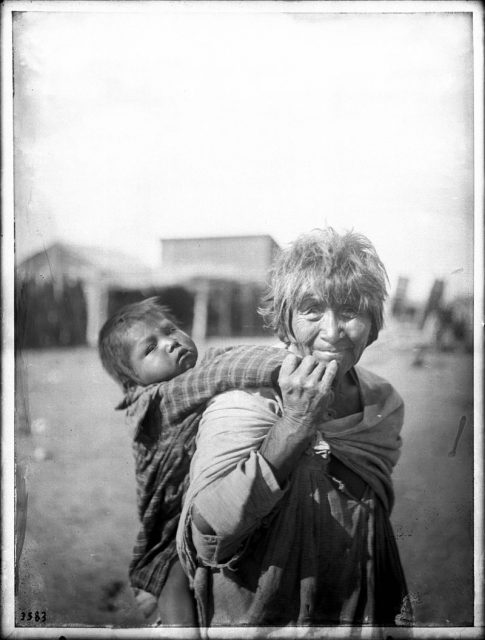 A grandmother, not too old to carry her grandchild on her back. Photo taken at the Palomas Indian Reservation, c. 1900. 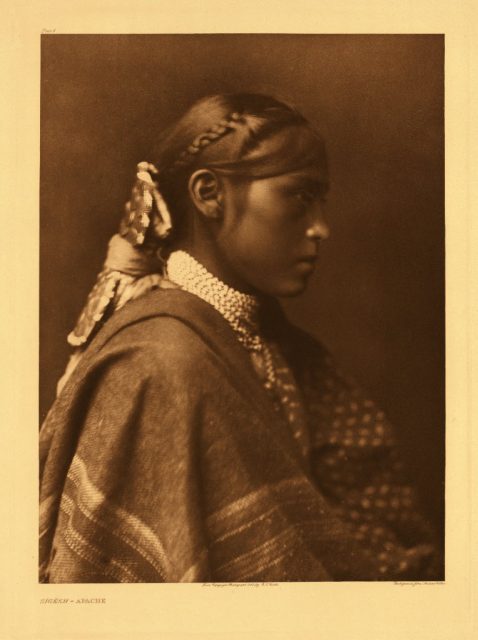 A portrait by photographer Edward S. Curtis showing Sigesh, an unmarried woman. The girl sports a hairstyle and outfit typical for the day, c. 1905. 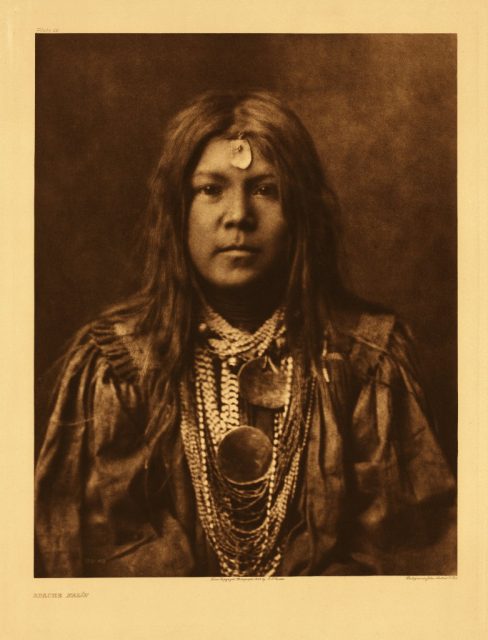 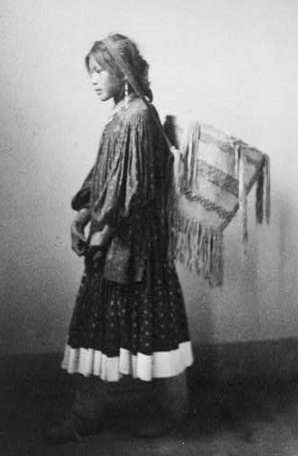 A Western Apache woman from the San Carlos group, 1902. 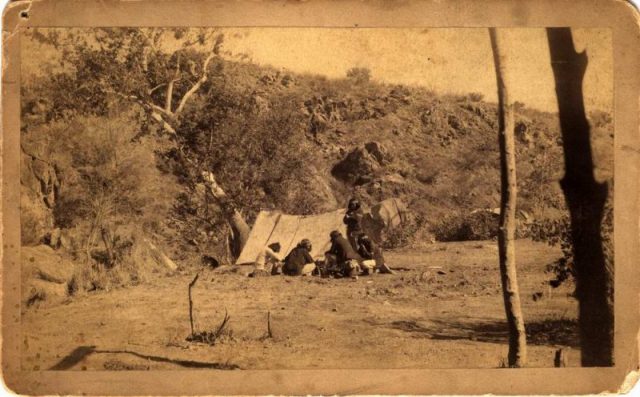 A distant view of an Apache campsite. The name Apache probably came from the Zuni Indian word for enemy. 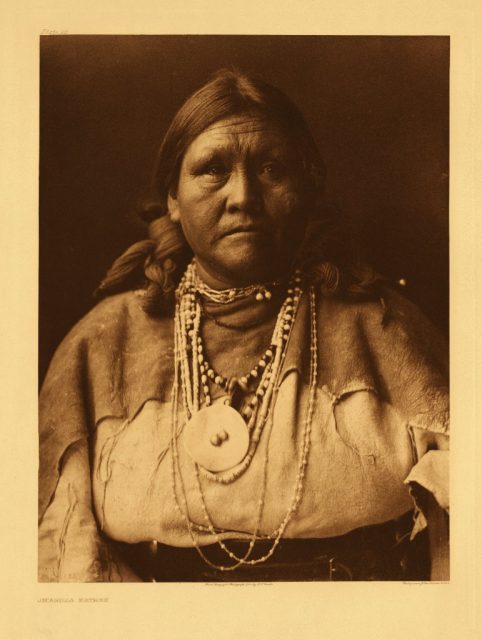 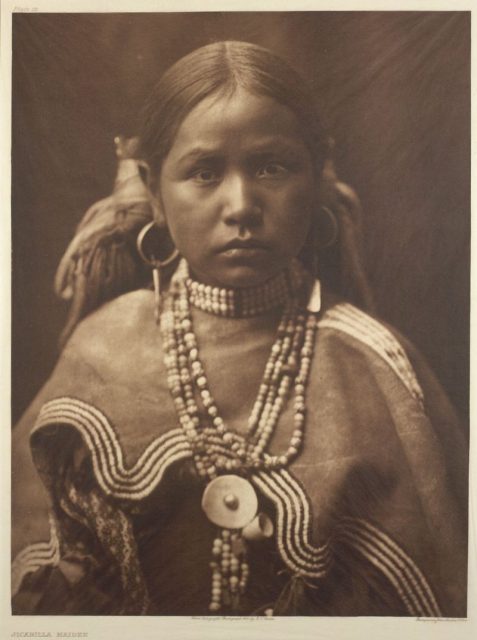 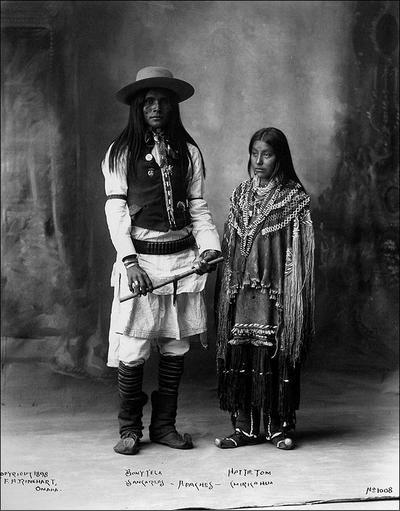 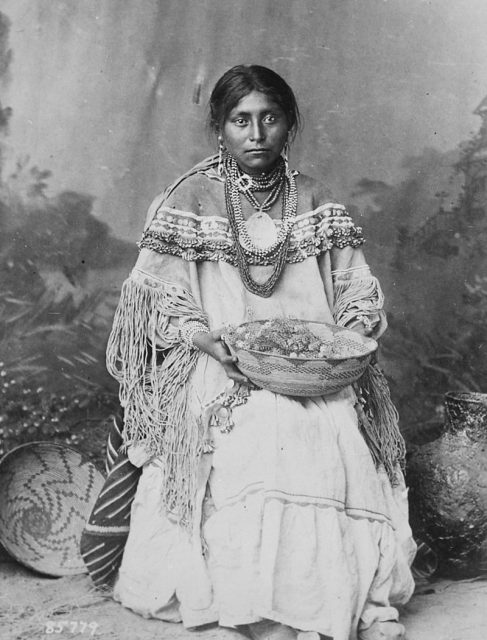 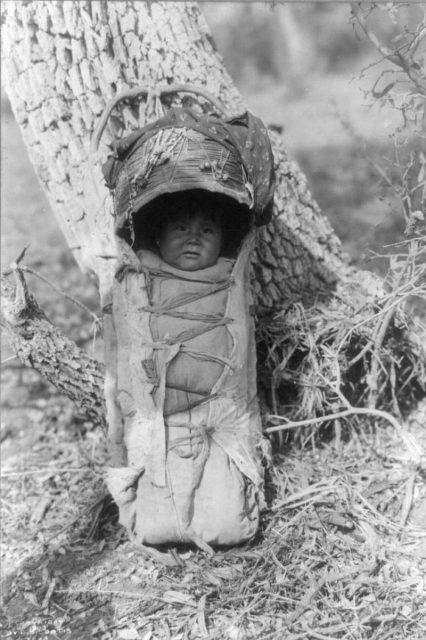 No way to escape from here. A baby in the carrier. 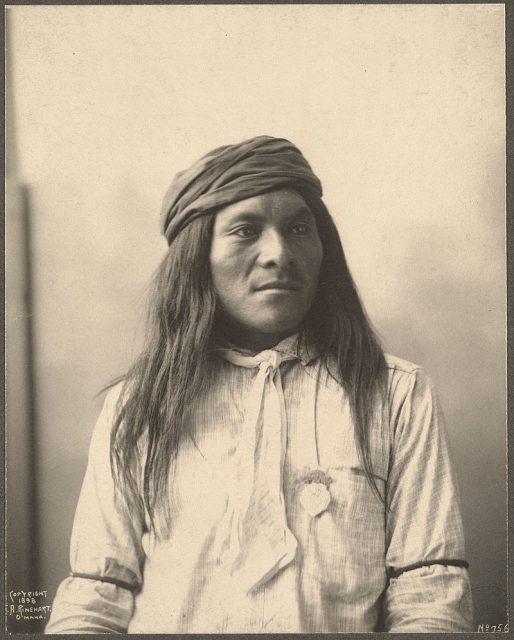 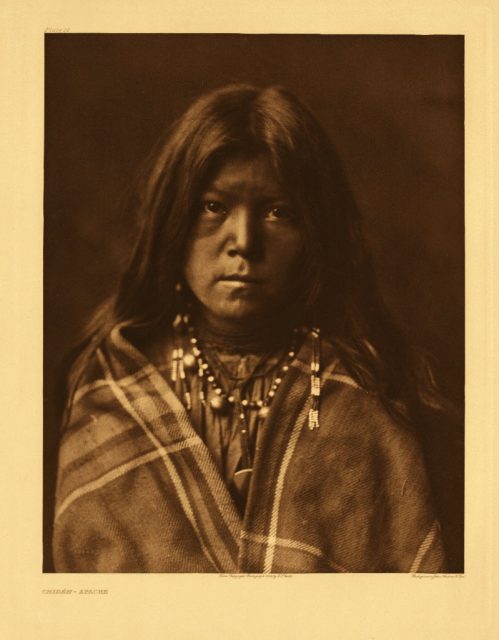 Today most of the Apache live on five reservations: three in Arizona; and two in New Mexico (the Mescalero and the Jicarilla Apache Reservations). 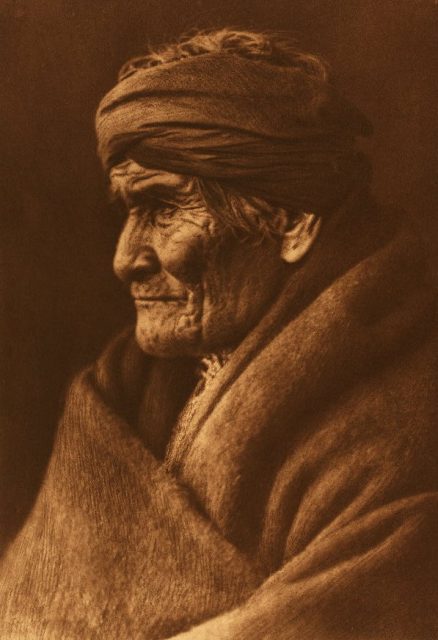 Though for a brief period during the 18th century they lived in peace with the newcomers on the continent, things took a turn as their assets became subject to perpetual raiding, and their people were done away with.

Fascinating Photos of Chiefs and Warriors of the Sioux Tribe

The population significantly shrank over time, and the last of the great warriors who led the Apache into battle were eventually taken as prisoners. As of the 21st century, it is believed that descendants of this fierce Native American peoples number about 100,000.