A surprisingly intact glass figure of a human head was found in northern Israel. The site discovered was known as Abel Beth Maacah, near the modern day city of Metula.

Archaeologists began digging at the site since 2012 and have described it as one of the last large archaeological sites to be uncovered. Abel Beth Maacah was likely a strategically important location during the Iron and Bronze ages. It’s also mentioned briefly in the Bible. 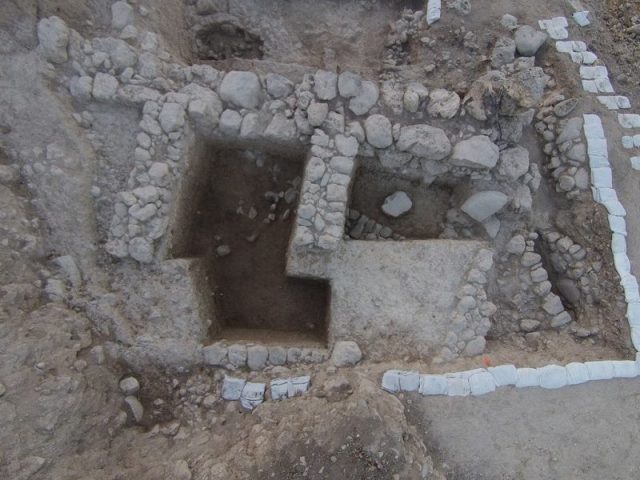 The town was located between three regional, rival powers at the time: the Aramean Kingdom based in Damascus to the east, the Phoenicians based out of Tyre to the west, and the kingdom of Israel to the south.

It appears that Abel Beth Maacah was fought over and is unclear which kingdom it was loyal too. It may have been ruled by different kingdoms as armies swept past. 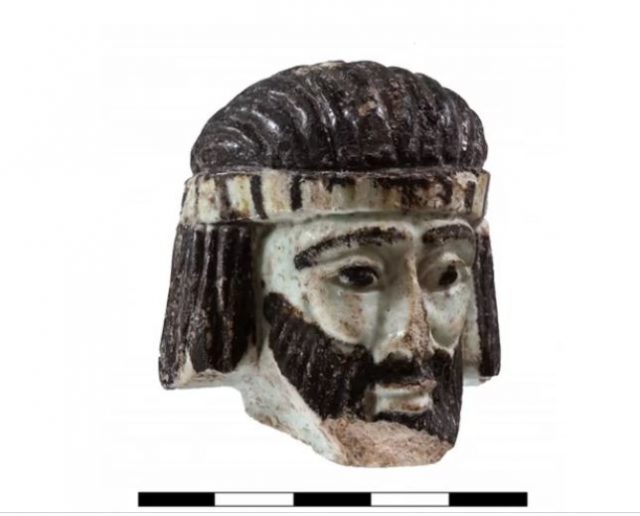 In one biblical story, a traitor to King David seeks refuge in the town. King David’s army besieges it and demands the traitor be given up. In response, the people of Abel Beth Maacah cut off the traitor’s head and toss it over the walls. Getting what they wanted, the Israelites end the siege. 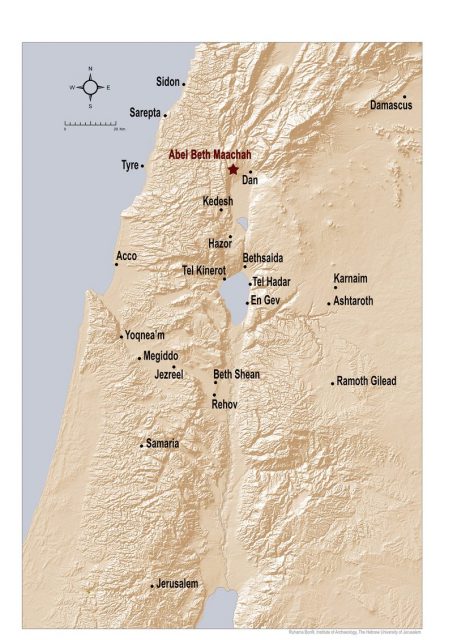 The head found by archaeologists and tested through carbon dating is believed to be from about 100 years after the Biblical incident with King David, dated to between 900 and 800 B.C.

The material used was a glass-like material known as faience. It was commonly used for jewelry and figurines in ancient Egypt and the Middle East. 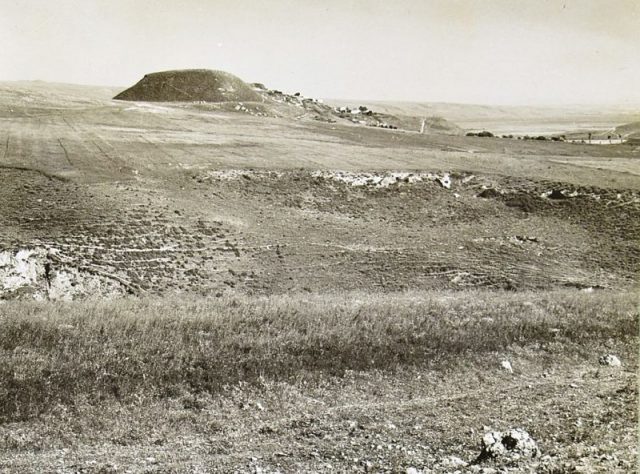 The sculpture itself is only two inches in size. It’s well preserved and mostly intact. The figure has a beard and is wearing a crown. It’s considered a rare example of figurative art during that time period. Figurative art is defined as representational art derived from real objects or people. The hairstyle of the figure with a beard gives some clues to his ethnic identity. 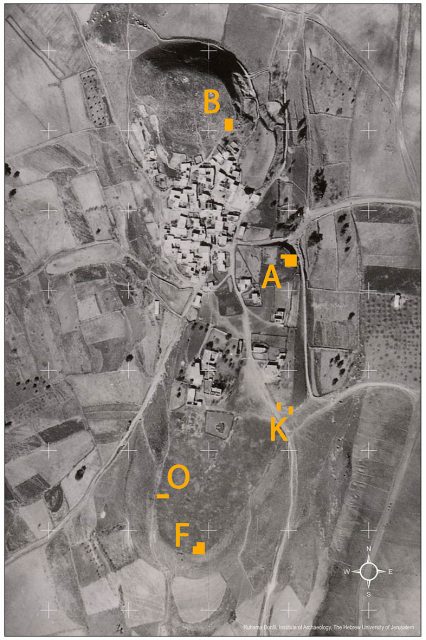 The Arab village of Abil el-Qameḥ on 1945 aerial photo, with current excavation areas marked on it.

The hair is pulled back in thick locks that cover the ears and is held in place by a striped headband. The art form is similar to how ancient Egyptian artists portrayed Semitic peoples of the Near East.

It’s still not known who the head depicted is and from what nationality they were from, though it’s likely a royal figure. The man portrayed was certainly an important person in his community.

But they have no clue what king it may have been or from which kingdom. The time period of the sculpture is from the period of biblical kings. After the death of David’s son, King Solomon, the Kingdom of Israel split into two entities with separate kingships, Israel in the north and Judah in the south. 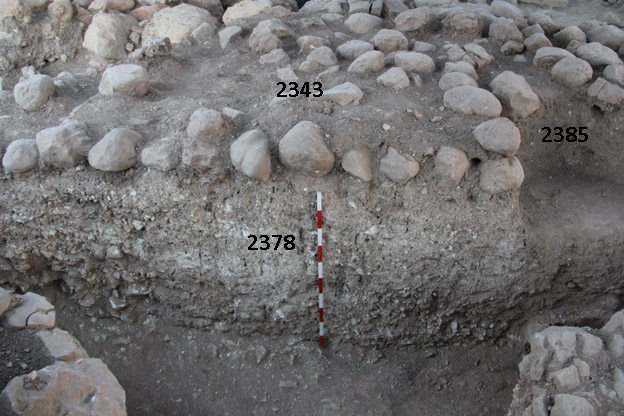 Scholars have guessed at some contemporary names the sculpture could represent. They include biblical figures such as King Ben Hadad or Hazael of Damascus, Ethbaal of Tyre, and King Ahab or Jehu of Israel, whose capital was Samaria.

Knowing what king it might be would answer some questions. However, there are no known references or sources to check outside of the Bible narrative. 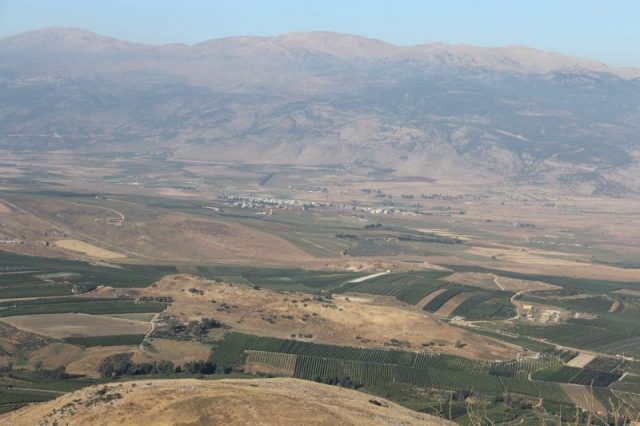 There is another connection that may tie in the surrounding kingdoms at the time. Jezebel was a powerful queen, alive sometime during the period the sculpture was created.

In the Bible, Jezebel is depicted as an idol-worshipping woman of the god Baal, threatening the worship of Israel’s God. She was the daughter of Ethbaal of Tyre and the wife of Ahab of Israel. As Abel Beth Maacah sat on the border of three kingdoms, the town was an important outpost and Jezebel may have been one of the links to who governed it.

SEE: 8,000-year-old figurine of a voluptuous woman is found at one of the world’s first cities

Archaeologists plan to continue digging at the site. They hope to find new clues as to who the mysterious glass figure may have been, as well as who was ruling Abel Beth Maacah at that time.

« Incredible Coincidence – A Real Shooting Star was Caught on Film in “Jaws”
Pleistocene Park: A Russian scientist is creating an Ice Age environment in Siberia »