Who doesn’t fancy a nice car? The vintage racing models. The exquisite-looking old models that saw their heyday in the previous century.

There will be quite a few to choose from at the August 23rd annual Pacific Grove Auction. The international auction takes place at California’s Monterey Peninsula and is an initiative of Worldwide Auctioneers.

For now, if there is but one model that stands out from the rest: It’s a fit for a member of royalty car, the 1931 Duesenberg Model J Derham Sports Convertible Sedan.

The first Duesenberg Model J was out there as early as 1928 when the Great Depression was just around the corner. Though the original objective of the manufacturer was to sell 500 vehicles a year, such plans fell short. Still, models of the car, which signaled high status for the owners, kept selling until 1937.

Duesenberg persistently pushed their designs to compete with the most luxurious competitors on the other side of the Atlantic, such as Hispano-Suiza or Mercedez-Benz. 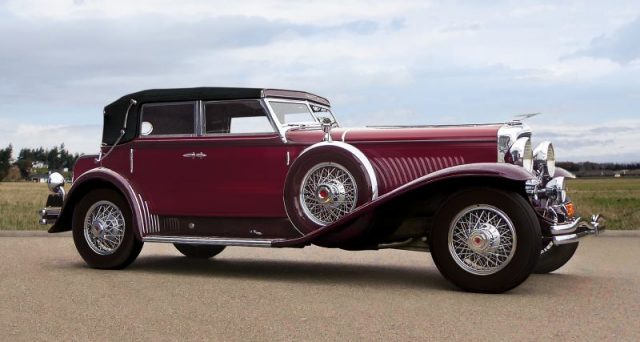 The model J’s engine was an upgrade of the company’s outstanding racing engines that appeared throughout the 1920s. Those racing engines were fantastic as they hit speeds of 94 mph just in second gear, and 119 mph at maximum.

While other cars exploited bigger engines, none managed to surpass the power of the Duesenberg ones. At least for a while.

Then there was the production of the car’s chassis, which at one point in the 1930s cost around $9,500 according to one source, which was, of course, a hell of a lot of money for the time.

The opulent-looking model that is now set for the August exhibition is as good as new. It preserves its original parts, including the engine and chassis.

“Here is a thrilling opportunity to acquire one of the finest and rarest surviving Model J’s in existence,” according to a statement from Principal and Chief Auctioneer Rod Egan.

The car is exceptionally rare. Besides the model offered at the forthcoming auction, there are only four more left of the 1931 Duesenberg Model J Derham Sport Convertible Sedan around the world.

As Egan says, the auction-offered one is also only one of two surviving models that have a dashing “V” windshield. 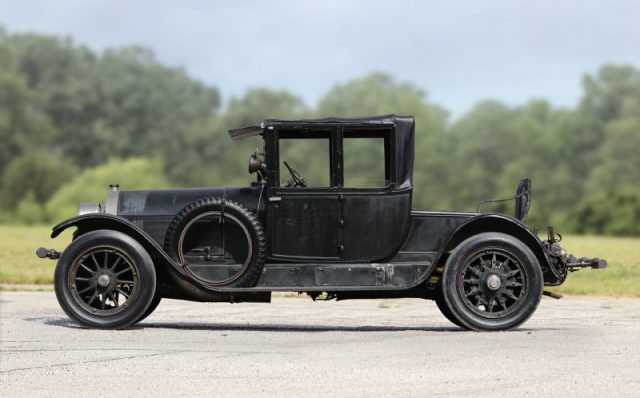 A view of a 1916 Locomobile Model 38 Collapsible Cabriolet also consigned for the auction. Photo by Worldwide Auctioneers

If someone is looking for other cars that deserve superlatives at the August auction, they will have a chance to bid for a 1916 Locomobile Model 38 Collapsible Cabriolet, a 1968 Jaguar XK E-Type Roadster, or a 1961 Jaguar E-Type Series I Roadster, among other models.

The first of the three models has already picked up some awards too. Just in 2017, the Locomobile received the FIVA Preservation Award at the Pebble Beach Concours d’Elegance.

Prior to that, the vehicle was reportedly kept in a private collection for some eight decades. It was originally owned by Mary Ridgely Brown, the daughter of Maryland’s 42nd governor, Frank Brown. 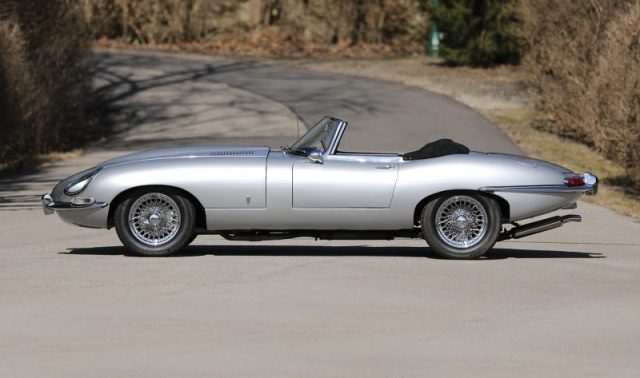 A caption of the 1961 Jaguar E-Type Series I Roadster. Photo by Worldwide Auctioneers

The E-type Jaguars were models that saw their peak of popularity during the 1960s and 1970s.

They were praised for their performance as much as for their aesthetics, and currently compete exceptionally well on the market.

Jaguar aficionados can opt between two remarkable E-type models. The 1968 Jaguar XK E-Type Roadster goes with all its original paperwork. It even has the Manufacturer’s Certificate of Origin. And the 1961 Jaguar E-Type Series I Roadster is from the early production series, in fact, of the inaugural year of the model. 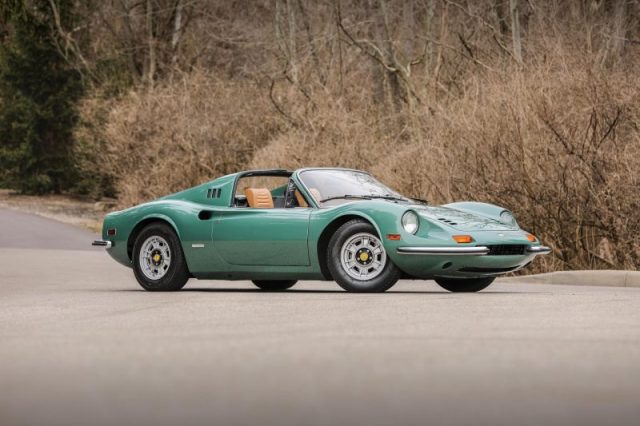 Auction-goers will be able to review all models two days prior to the August 23rd auction. Besides the above-mentioned models, there are other exciting vintage sports and racing cars on offer. Watch out for a 1966 Shelby GT350 model too.

The auction is still open for consignments of exceptional-looking cars. It is not the closed-type auction either, therefore everyone can chip in with an admission fee of $100 for two. The preview admissions are set at a price of $35.

Besides the August-scheduled auction, vintage car aficionados can look for other events organized by Worldwide Auctioneers throughout the year. The next one is early September, in Indiana, where interested parties can bid for models of the Hostetler’s Hudson Auto Museum Collection as the museum closed earlier this year.