Legendary performer Matt “Guitar” Murphy, who played as a sideman to Howlin’ Wolf, Muddy Waters, Memphis Slim, and many others and was featured in the movie The Blues Brothers, died on June 15, 2018, at the age of 88.

The death of a man often described as a musician’s musician was confirmed by his nephew, Floyd Murphy Jr., who wrote on Facebook, “He was a strong man that lived a long fruitful life that poured his heart out in every guitar solo he took. The master is upstairs now with my father and mother, Uncle Melvin Murphy, Jimmy Biggins, Eric Udell, Alan Ruben, BB King, [and] Etta James.” 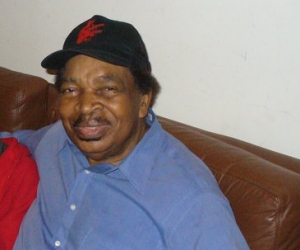 In a well-loved scene in The Blues Brothers, directed by John Landis, John Belushi and Dan Ackroyd show up in a soul food restaurant where Murphy is working as a cook, saying they’re getting the band back together and they need him. When Murphy gets excited about reuniting with them, his furious wife, played by Aretha Franklin, says no way and informs the duo, “You two are just gonna walk right out that door without your dry white toast, without your four fried chickens, and without Matt ‘Guitar’ Murphy.”

Franklin then breaks out into the rousing song “Think.”

But when the song is finished, Murphy takes off his apron and returns to playing the blues. 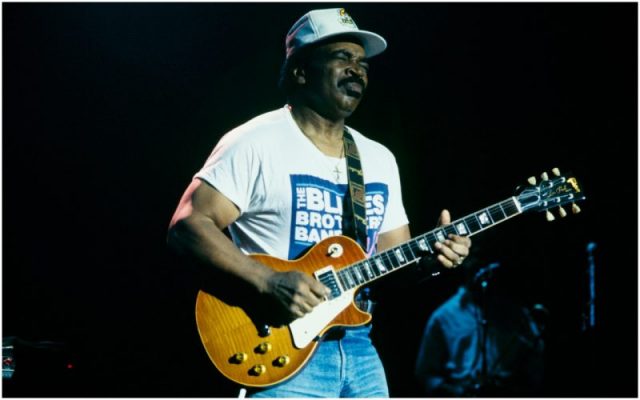 Later, asked what it was like to play her husband in the famous scene, Murphy said, “She’s a real nice lady and she can sing her butt off!”

Murphy was born in Sunflower, Mississippi, in 1929. His family moved to Memphis, where his father worked at a hotel, and “Along with his brother, Floyd, he became a fixture of the Memphis blues scene in his teenage years, before segueing into sideman gigs for some of the world’s greatest blues musicians,” reported Entertainment Weekly.

Murphy moved to Chicago, and he teamed with Little Junior Parker as a member of the Howlin’ Wolf band. For many years he collaborated with prominent musicians, including Otis Rush, Chuck Berry, Ike Turner, Sonny Boy Williamson II, and Joe Louis Walker. 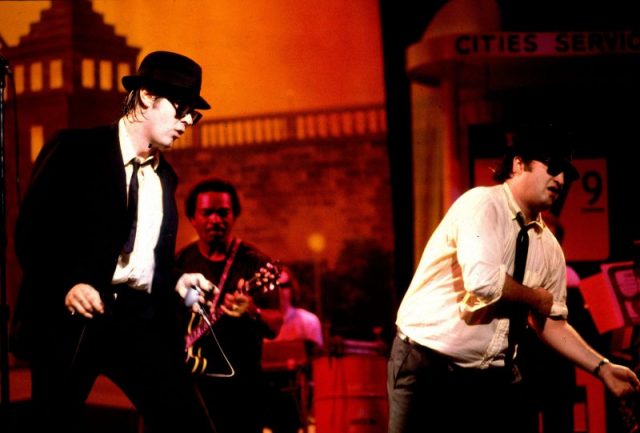 Dan Aykroyd and John Belushi as the Blues Brothers on 6/27/80 in Chicago, Ill. (Photo by Paul Natkin/WireImage)

“His jazz-tinged, stunningly advanced riffing behind Memphis Slim elevated the towering pianist’s 1950s output for United and Vee-Jay Records to new heights,” wrote one music critic. “Normally, the veteran pianist eschewed guitarists altogether, but Murphy’s talent was so prodigious that he made an exception.’

After Dan Aykroyd and John Belushi witnessed him playing in a New York City club in 1978, jamming with Johnny Winter, they recruited Murphy to join the Blues Brothers. He said in an interview: “When I came off the stand they introduced themselves to me and they said they’d like to make an album with me, and asked if I’d be interested. I said,  ‘Yeah, I’d be glad to do it.’”

According to Rolling Stone, Murphy “played on the Blues Brothers’ 1978 album Briefcase Full of Blues, the 1980 film’s soundtrack and 1982’s Made in America. In 1998, Murphy reprised his role in Blues Brothers 2000 and its soundtrack.”

Murphy himself said, “Those guys definitely put me in business.” 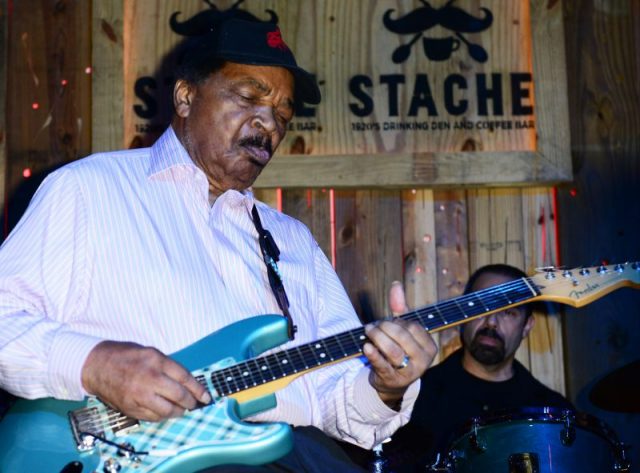 He also served as bandleader of his own projects, releasing albums like Way Down South and Lucky Charm.

In 2002, he suffered a stroke and went into semi-retirement.

The actor and singer Michael McKean, a star of This Is Spinal Tap, said on Twitter, “RIP Matt ‘Guitar’ Murphy, one those play-all-night guys that rock ‘n’ roll is made of.”

Seth McFarlane tweeted, “Go listen to some Matt ‘Guitar’ Murphy. He was one of the greats, and he’s got a big fan over here.” McFarlane linked to a video recording of “Buck’s Boogie” on the Murphy album Way Down South.

« Mystery Still Surrounds Ted Kennedy and the Chappaquiddick Tragedy
Photos: The Golden Age of Lumberjacks and Giant Redwoods they Battled »