During the winter season of 1995, one of the world’s most impressive advertising campaigns ever was launched. A fleet of Coca-Cola trucks bedecked with twinkling Christmas lights rolled across our television screens.

The trucks in the very first Coca-Cola Christmas Caravan weren’t even real–it was just three custom-made full-size movie props and some clever special effects. Even so, the image of an endless caravan of red trucks winding it’s way over snowy hillsides, through valleys and towns, became an instant Christmas season icon, forever embedded in our memory.

However, long before we all became accustomed to this beautiful Christmas scene, the Coca-Cola brand already had an entire fleet of branded delivery vehicles carrying their merchandise along the streets in different cities and countries of the world.

Coca-Cola’s delivery network was ahead of it’s time. From the U.S. to Argentina, Spain, Egypt, New Zealand and England, and as you can see in some of the photos here, the Coca-Cola trucks got everywhere.

From the one end of the world to the other, the Coca-Cola trucks were one of the company’s advertising strategies to spread awareness of the brand. Which is why the pervasive sugary soda was world-recognized by the end of the 1920s.

One of the oldest vehicle models was the Rapid Truck which was manufactured by the Rapid Motor Vehicle Company in Michigan, according to the Coca-Cola website. This model was operating in Tennessee as early as the first decade of the 1900s. 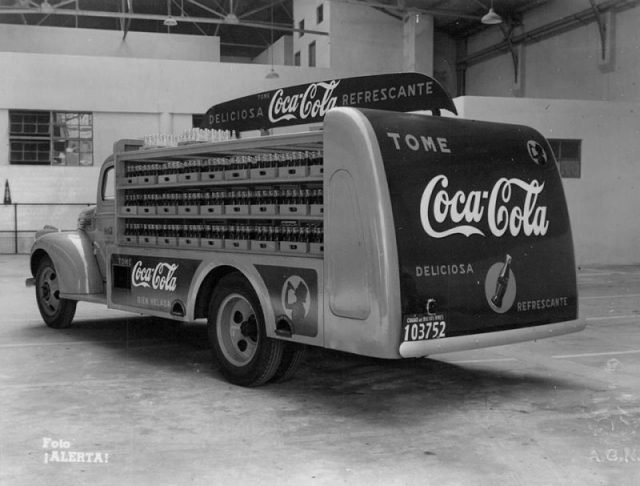 A Coca-Cola delivery truck in Argentina, 1942. 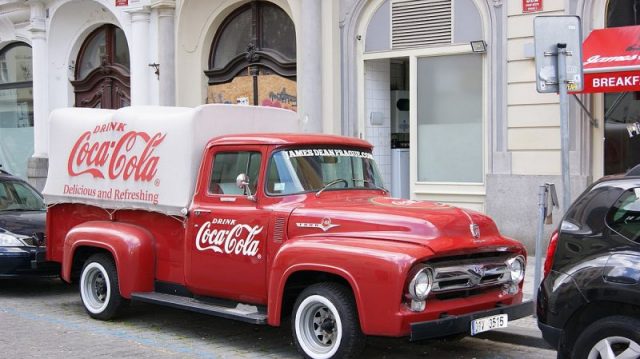 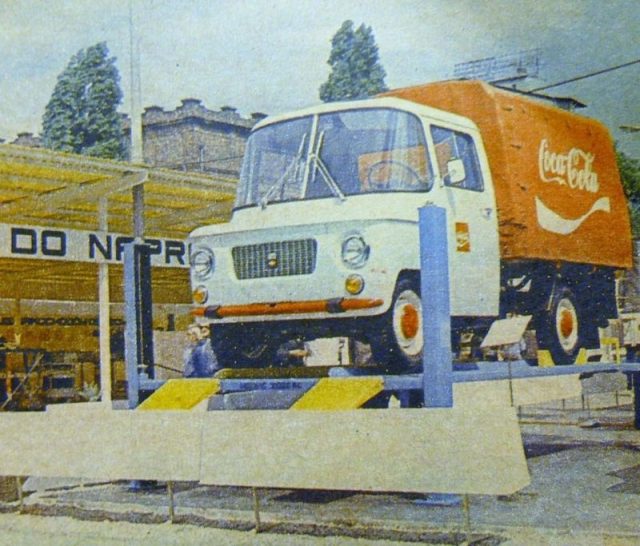 An illustration depicting a Coca-Cola delivery truck as of 1973 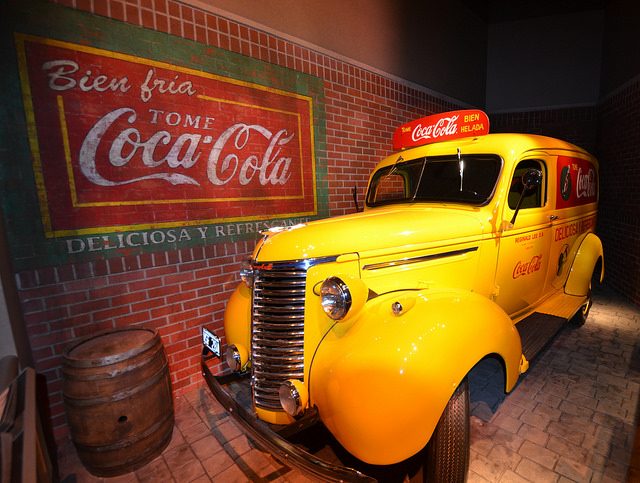 Not a London cab, just another vintage model of Coca-Cola delivery truck. Photo by Ka!zen CC By 2.0 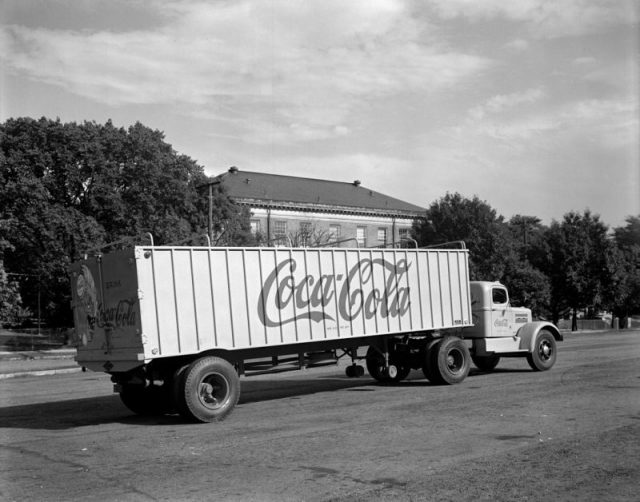 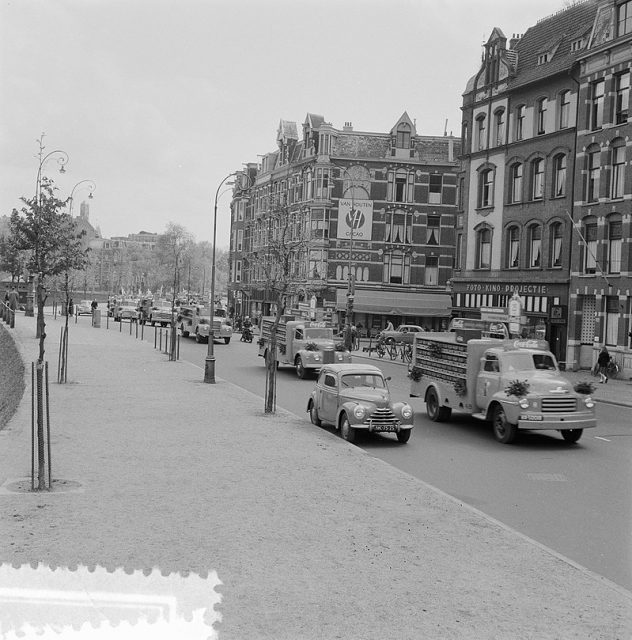 A fleet of Coca-Cola trucks making their way through the city. 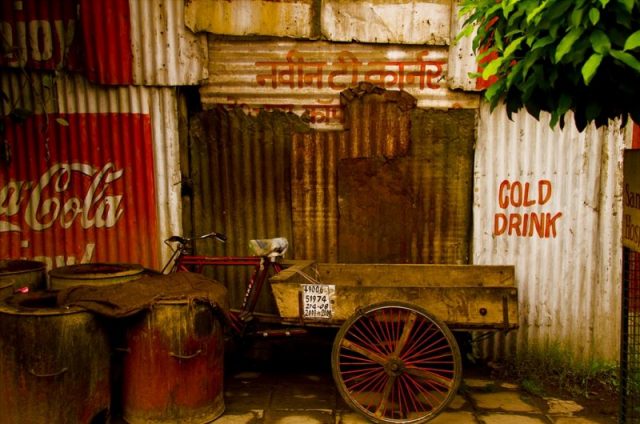 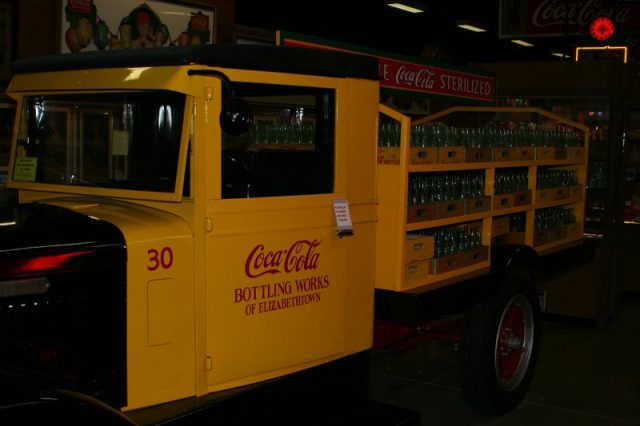 Delivery truck of the early decades. Photo by Ben Franske CC BY SA 4.0 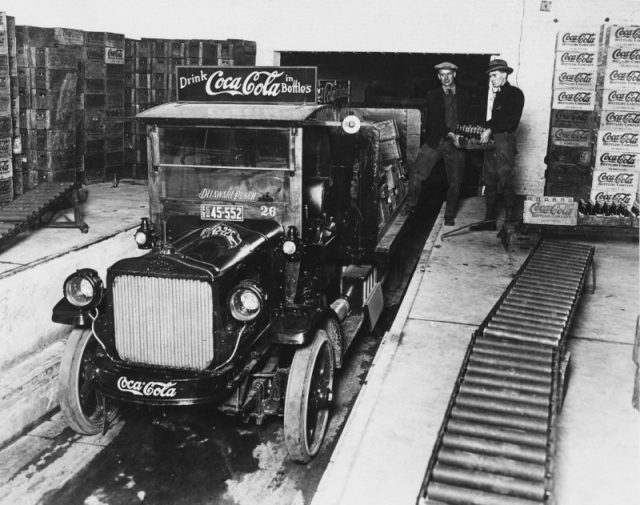 Workers loading crates of Coca-Cola bottles onto a truck at the plant, c.1930. (Photo by American Stock Archive/Archive Photos/Getty Images) 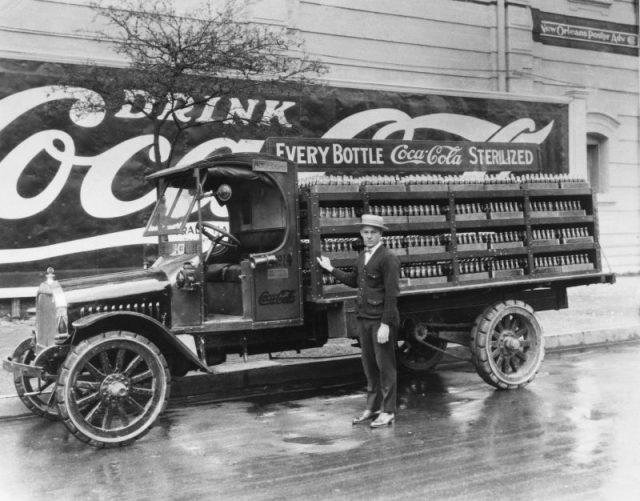 A driver in New Orleans stands in front of his Coca-Cola delivery truck full of cases of the bottled soft drink, 1929. 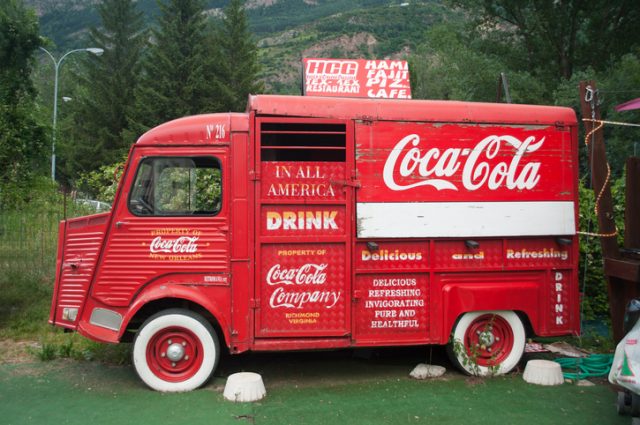 Paint it red: A vintage model of a Coca Cola Company delivery vehicle from Richmond, Virgina. On display at a bar in Benasque, Spain. Photo taken July 9, 2011. 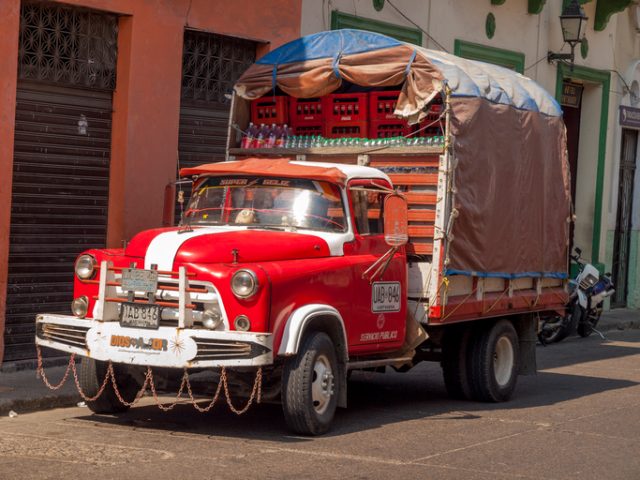 In Cartagena, Colombia – April 14, 2009: Red c. 1954 Dodge Stake truck stands by the side of the street being used for delivery of drinks in Cartagena’s old town. 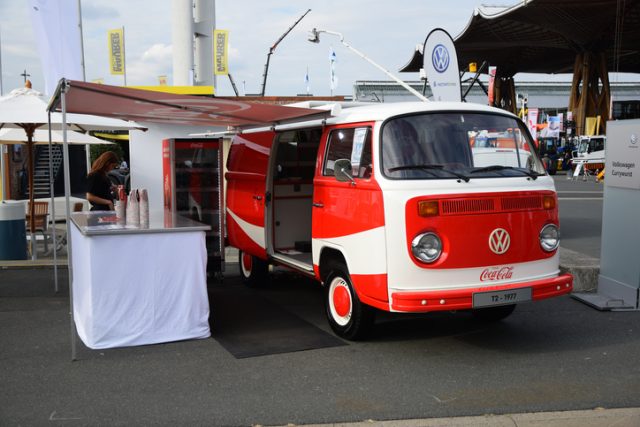 Hannover, Germany – September 21, 2016: Presentation of the classic Volkswagen T2 in Coca-Cola version at a motor show. This vehicle is one of the most popular light commercial vehicles in Europe during the 1960s and 1970s. 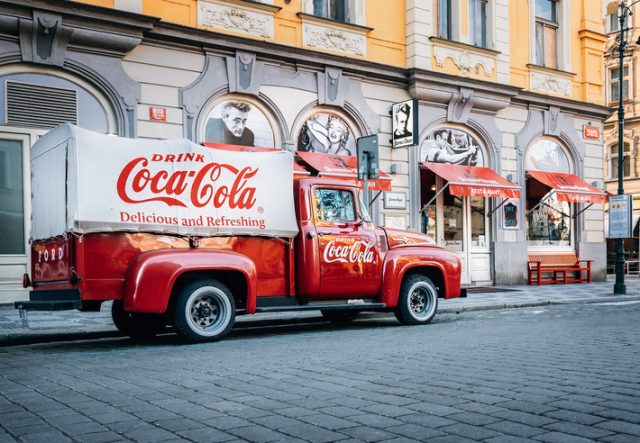 An old renovated 1934 Coca-Cola red delivery pickup truck. The Ford model is parked on a street in Prague, the Czech Republic in this picture. 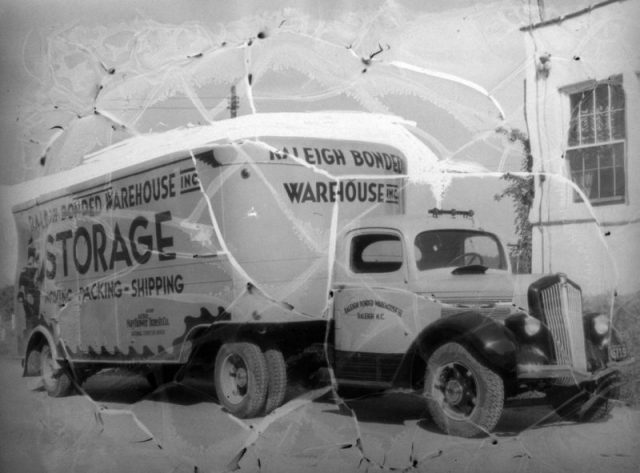 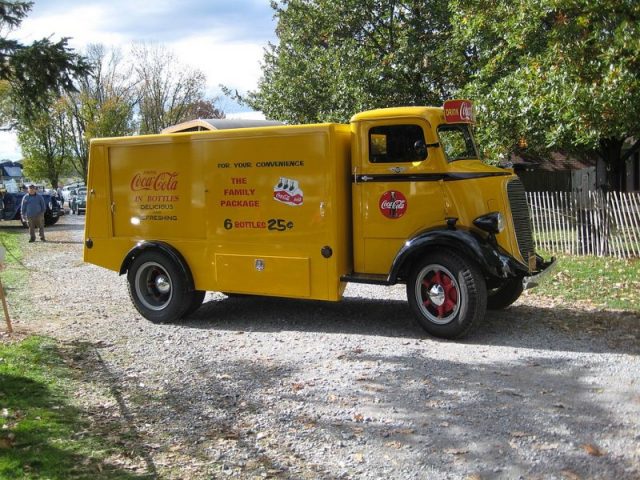 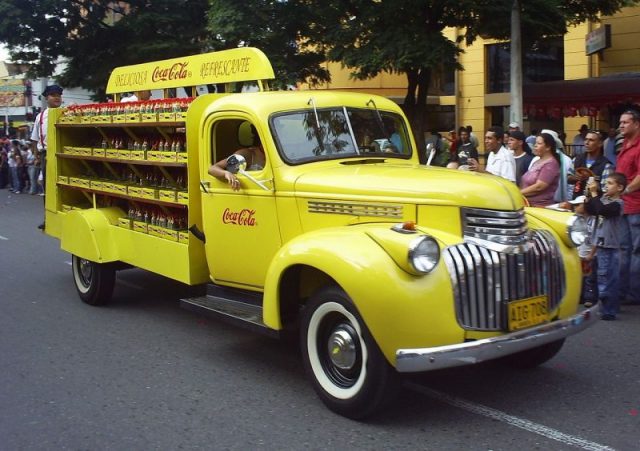 The Coca-Cola crates on this open truck model make for an impressive sight. It’s also probably designed to make you crave for one little glass of coke. Photo by SajoR CC BY SA 2.5 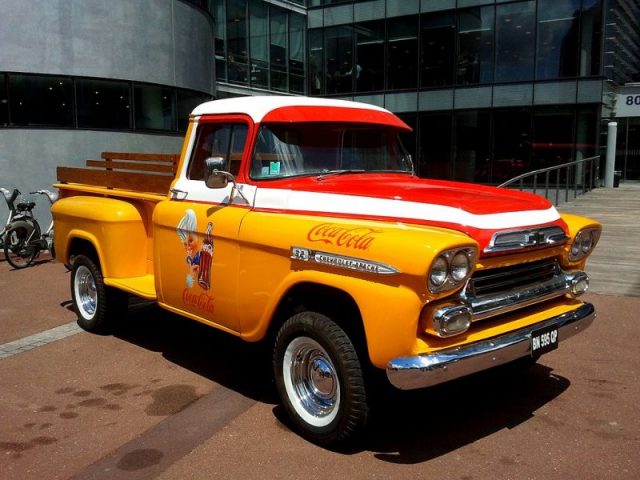 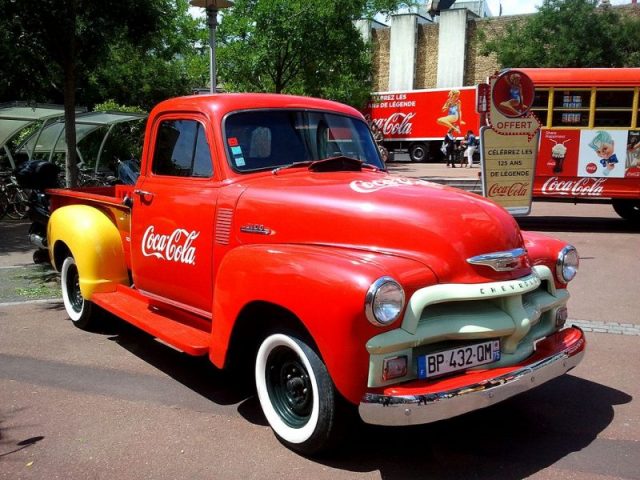 Another Chevrolet Pickup but in a different combination of colors. Photo by Jmpoirier1 CC BY SA 3.0 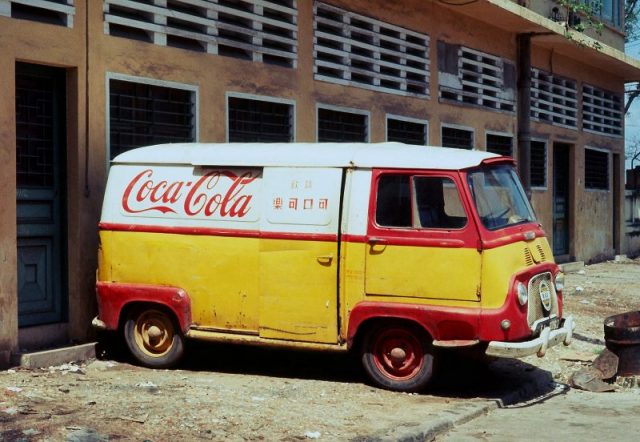 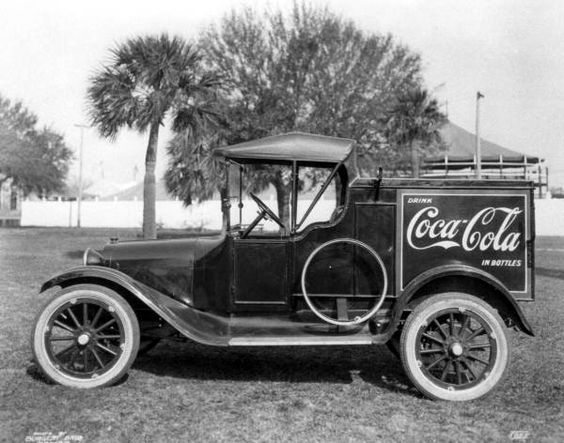 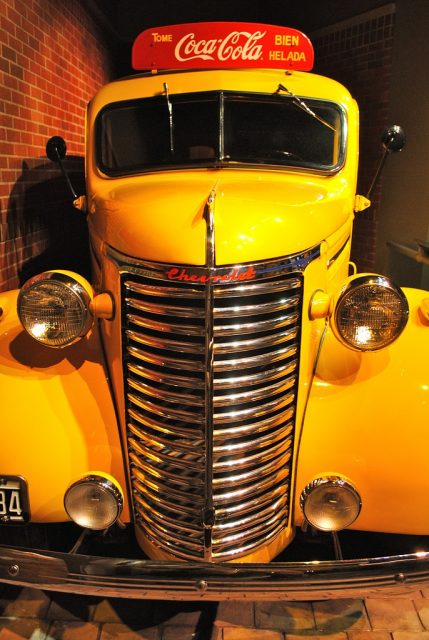 Front view of a beautiful Chevrolet. World of Coca-Cola. Photo Bob B Brown CC By 2.0

By the middle of the century, the company began to standardize the look of its delivery trucks. For a while they were all yellow, though the color obviously changed over the years and differed from place to place.

Different car manufacturers also featured in Coca-Cola’s master marketing history. Notice the distinctive Chevrolet, Volkswagen, and Ford models that show up in the photo selection. The packaging of the soda changed as well, adjusting to the latest changes in fashion.

But the one thing that never ever changed was the logo, inscribed in the Spencerian script. The font choice was cemented nearly a century ago, in 1923. It was plastered all over the delivery trucks too. After a century of this practice, it’s no wonder all of us instantly recognize the brand logo.