From geometric prints and designs to tie-dye shirts and psychedelic colors; from uniformity and restraint to showing a lot of skin and total individualism. Fashion and fads of the early 1960s were completely swapped by those that followed at the end of the decade as if the decade itself suffered to some sort of schizophrenia.

Among the fashion icons of the day were Brigitte Bardot, Audrey Hepburn, and Mary Quant. And there were also The Beatles, later on, also the Hippies. It was a decade of striking contrasts, and a decade in which fashion trends were also for the first time greatly dictated not by designers in Paris only.

The first years of the 1960s were marked by outfits that overtly carried a sentiment of conservative: the longer dresses, the classy suits and well-polished shoes, a lot of fancy hats and gloves too. Perhaps that reflected society, but soon things came to a ‘boiling point.’ There were too many subcultures where more creative expressions were ripe to burst from the mold, which is exactly what followed.

While guys were fast to adopt Beatles hairstyles as the British band suddenly rocked the world with their refreshing new music, girls were fast attuned to the novelty of miniskirts. The latter was the “guilt” of French designer André Courrèges who was increasingly daring with hemlines and eventually launched space-age dresses that became the hit of the mid-1960s… and ever after. 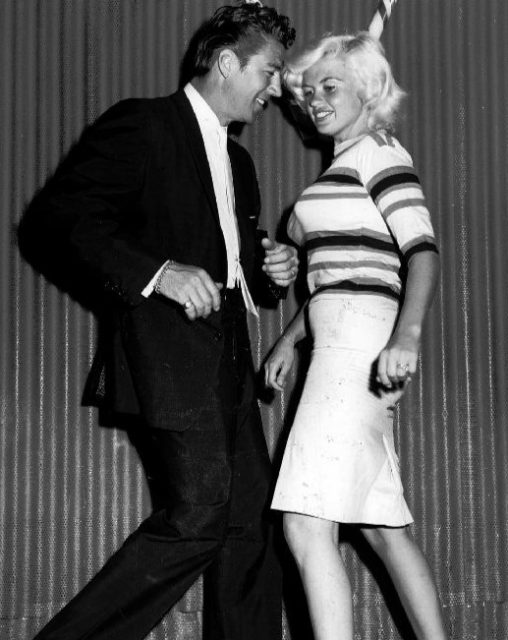 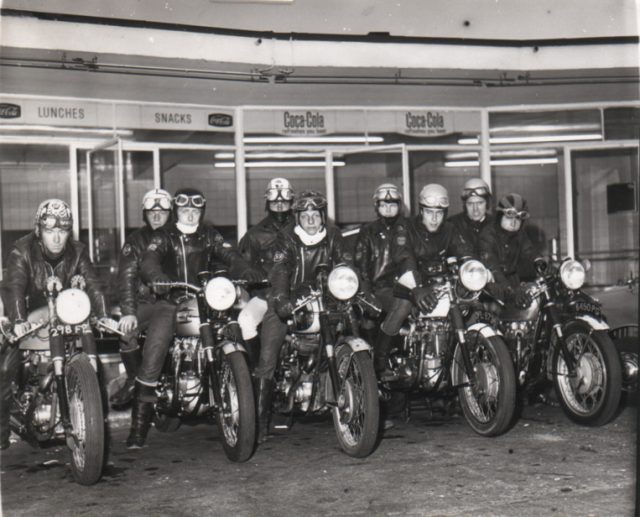 During the early and mid-1960s, Greasers, also known as Ton-up Boys, were identifiable by their blue jeans and black Schott Perfecto leather jackets. Author Triton Rocker CC BY 3.0 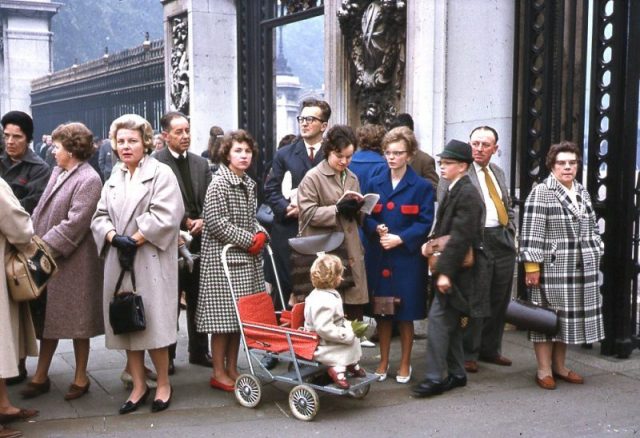 London visitors from around the world await the changing of the guard at Buckingham Palace, 1962. Author Don O’Brian CC BY 2.0 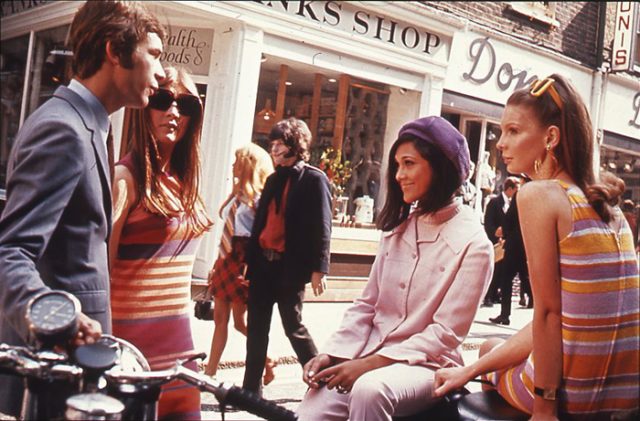 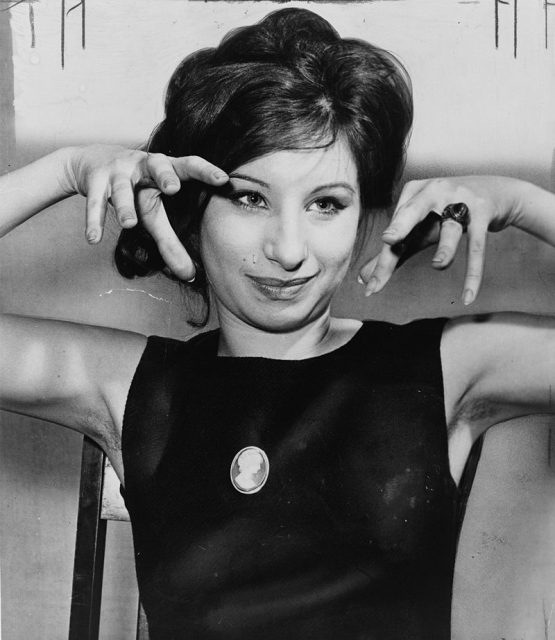 Singer and actress Barbra Streisand in 1962 wearing a top with a crew-neck. Her hair is teased at the crown. 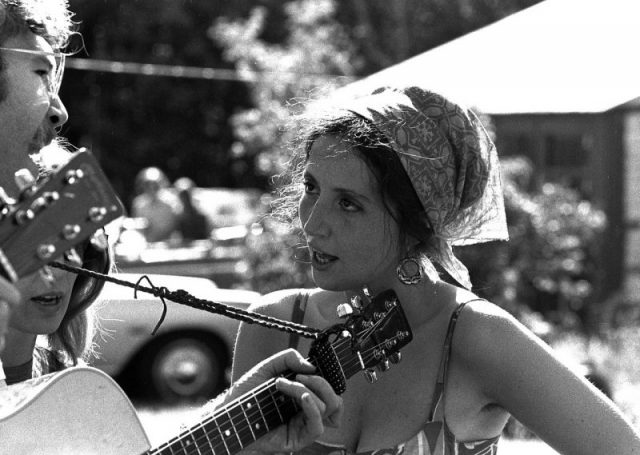 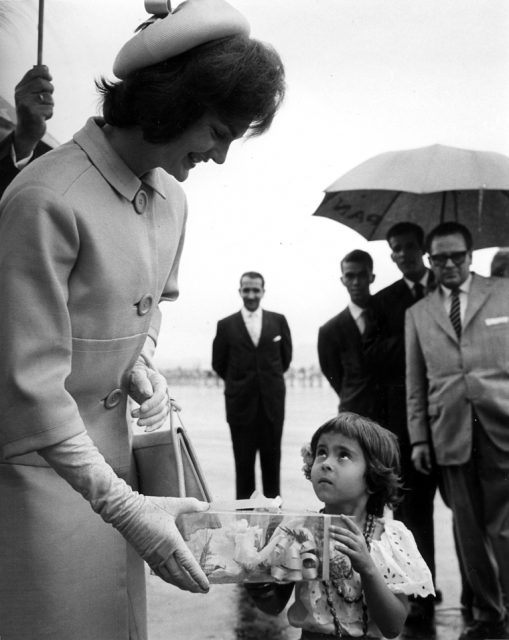 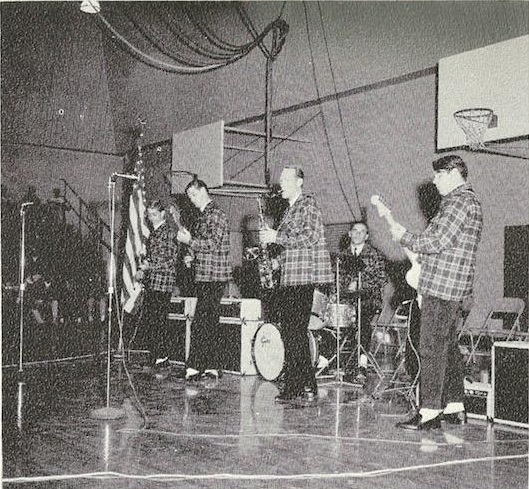 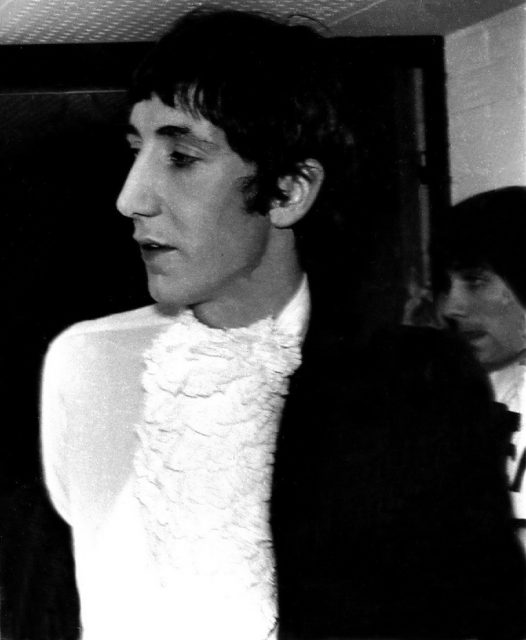 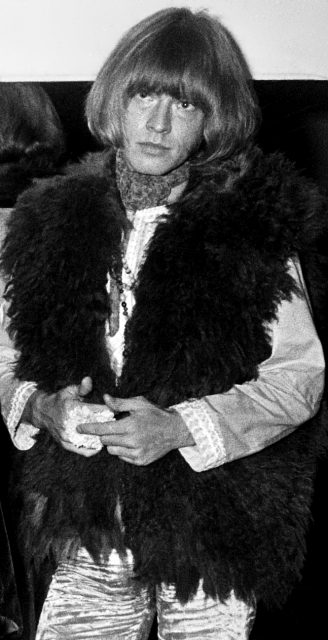 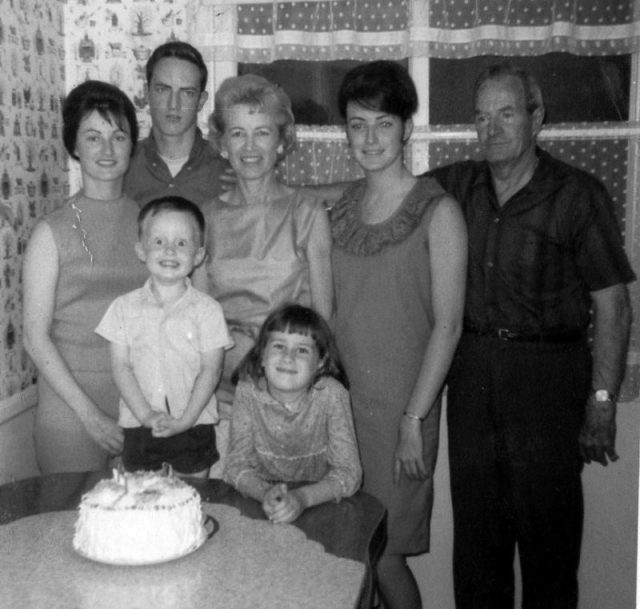 In 1965 sleeveless shift dresses were popular with women. 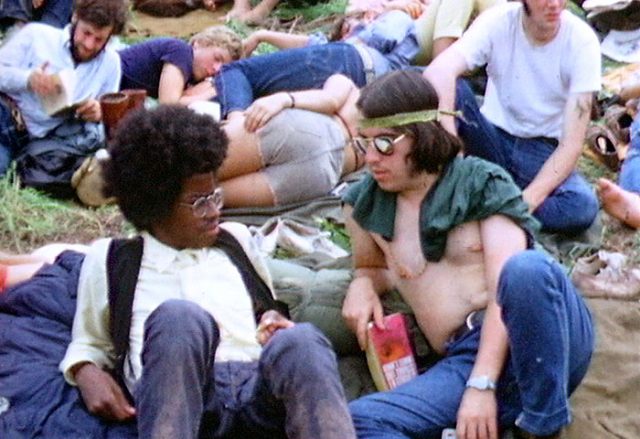 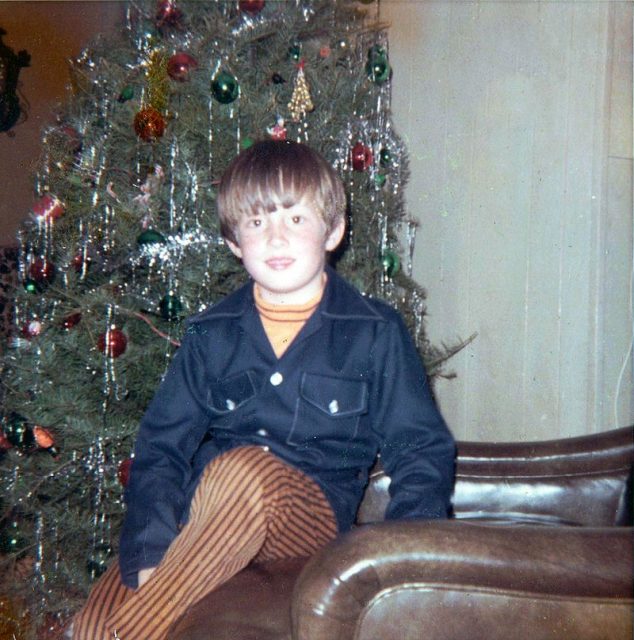 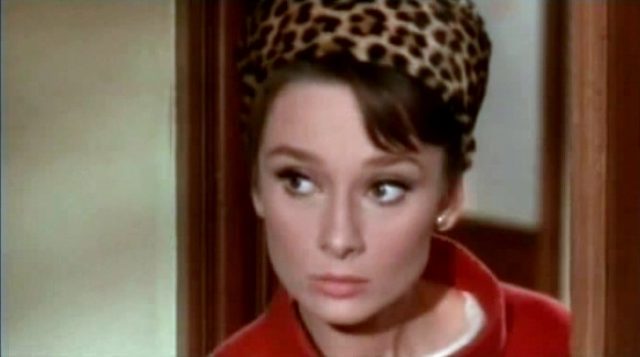 Audrey Hepburn in a scene from the comic thriller Charade, dressed by Givenchy, 1963. 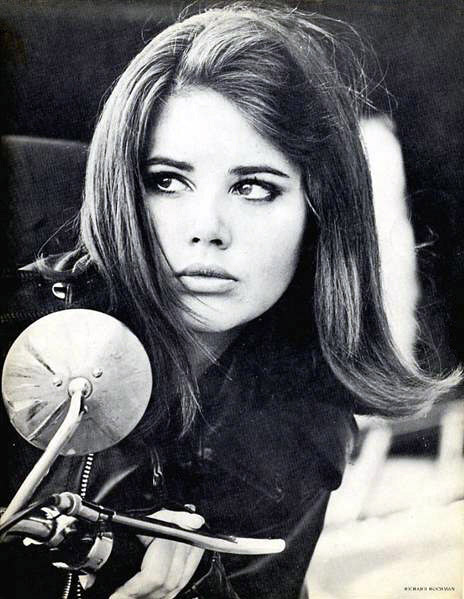 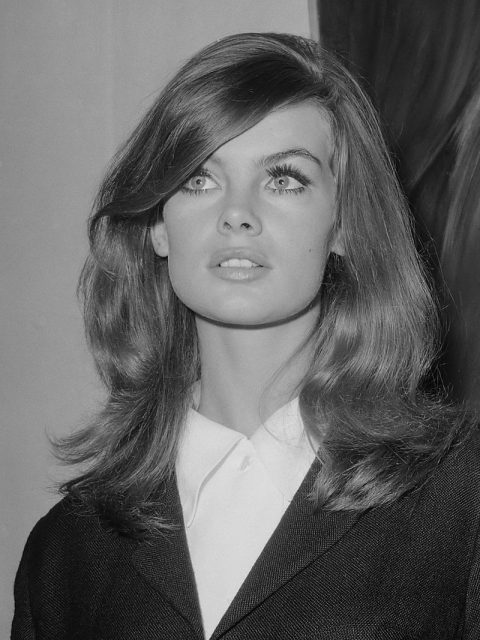 Jean Shrimpton was a model who reflected the ideal of the single girl. Author Joost Evers CC BY-SA 3.0 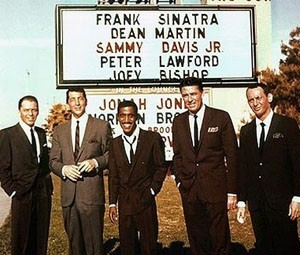 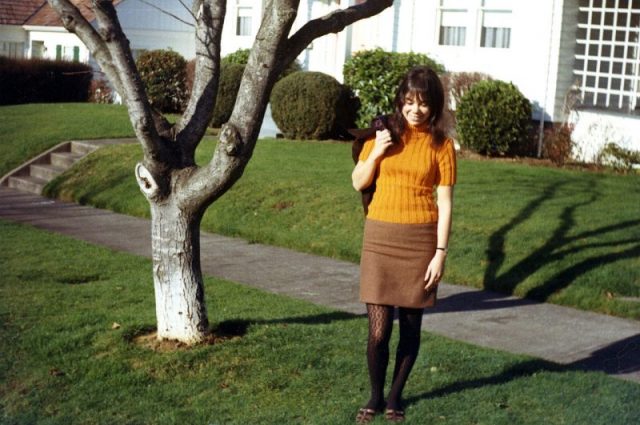 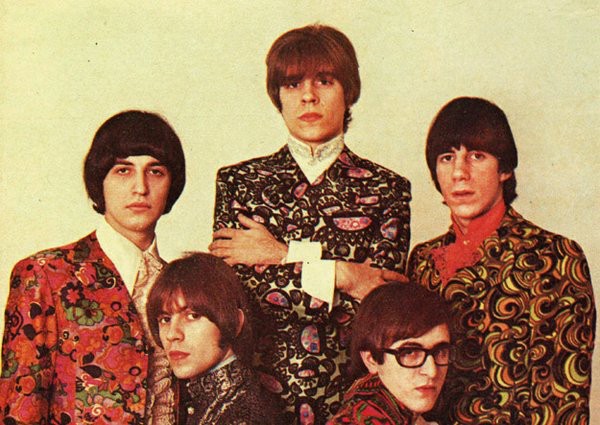 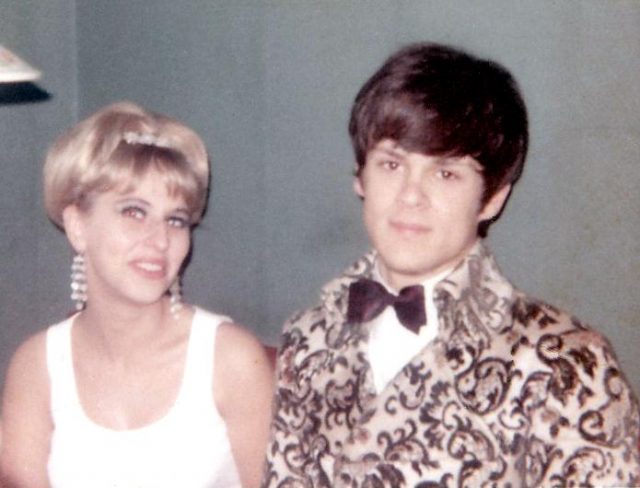 The popular dandified male fashion in 1968 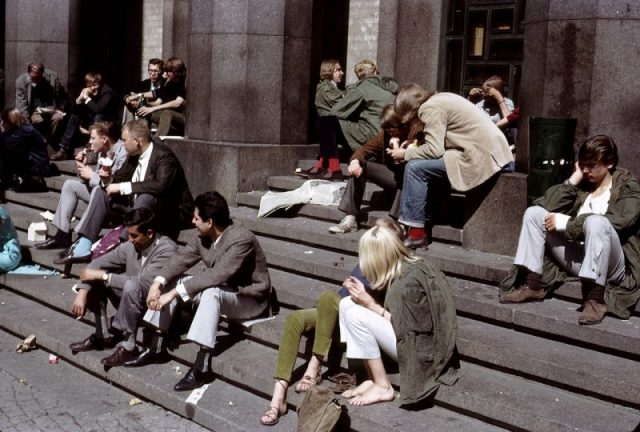 Ultimate slang from the 1970s 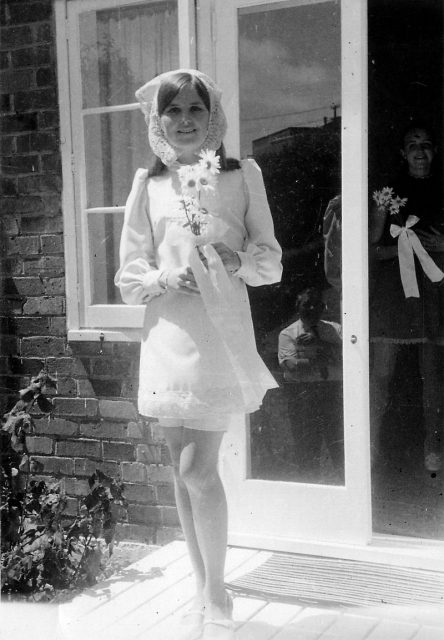 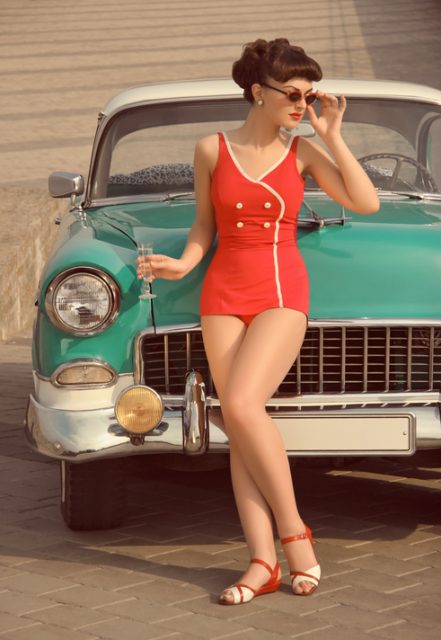 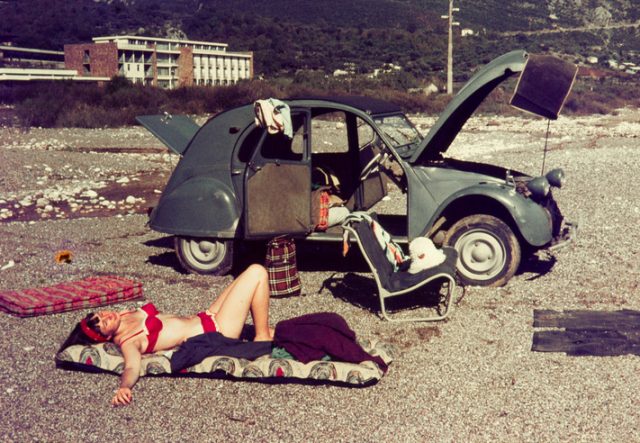 Original vintage colour slide from 1960s, young woman relaxing on a beach with her car. 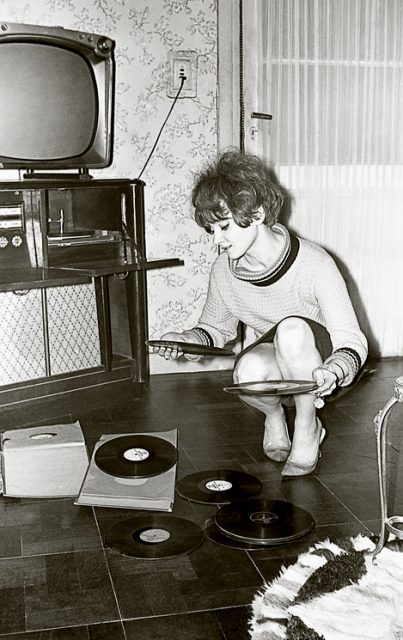 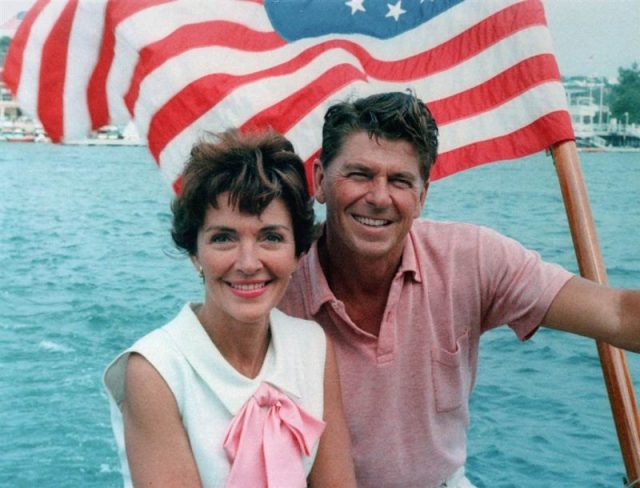 Ronald Reagan and Nancy Reagan aboard an American boat in California, 1964. 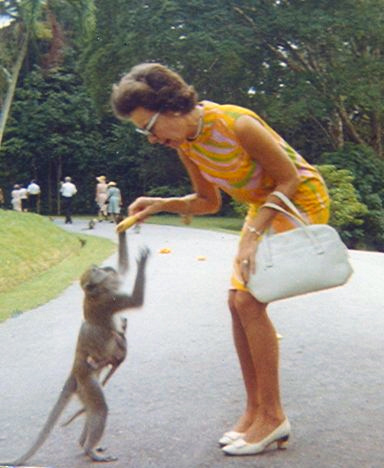 Mary Quant in 1966, with a mini-dress of her own creation, which she wears with a sheepskin coat and go-go boots. Author Anefo CC BY-SA 3.0 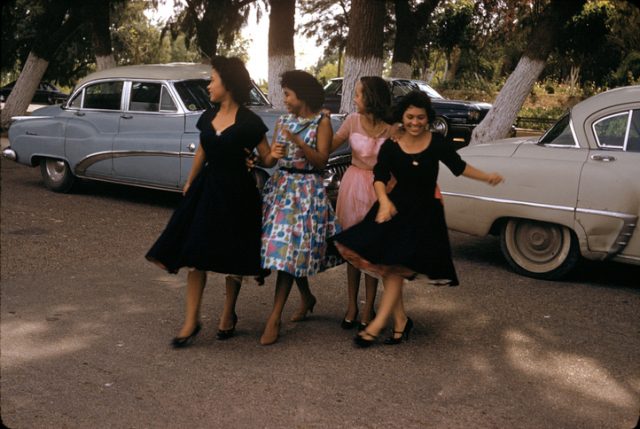 Towards the end of the decade, uniformity was entirely replaced with more colors, various styles that broke homogeneity of society–and for men, longer hair and longer beards.

The Hippie Movement garnered an undeniable special relationship with fashion. Different styles were used to communicate the main messages and values which the movement itself promoted. Fashion in this sense was for the first time used as a tool to “erode” capitalism, eroding the mainstream fashion fads of the day.

In that sense, vintage blue jeans combined with T-shirts did just fine. Old pieces of clothes were recycled, reused, and redesigned. Some attires were prominent for their body-hugging features. Other pieces were outrageous. Nudity was acceptable too. Hippies, to some degree, were sometimes all about anti-fashion.

Looking back at 1960, one cannot be spared the nostalgia. The epoch is now long gone, but its fashion and fads left a remarkable touch to the world, regardless if it was for the glamour, the discerning, or just about being hippy.

« When Johnny Cash was targeted by racists
Supercentenarians: the ‘Superhumans’ born in the 19th century who only recently departed »