A quote to begin the story of Gloria Vanderbilt: “Our courts have their faults, as does any human institution, but in this country, our courts are the great levelers, and in our courts, all men are created equal.”

A memorable quote from a book just as memorable, and based on it, a movie where Gregory Peck first spoke these words on screen only two years after Harper Lee’s Pulitzer winner novel To Kill a Mockingbird was published in 1960.

Due to its didactic significance and the standard, it set for what a fair and unprejudiced trial ought to be, what is written on its pages today is considered a must-read for anyone who wishes to learn a thing or two about morality and justice. Although fictional, it is still a story that speaks better than any non-fiction about the coexistence of good and evil within us and how human beings cope with this duality that is their true nature. It speaks about the importance of moral education in life, but most importantly it speaks about a world where that moral education is lacking. 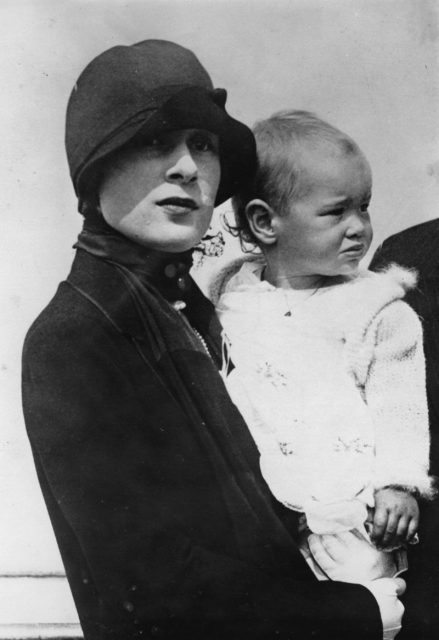 And in this world, although “the one place where a man ought to get a square deal is in a courtroom,” due to the fact that “people have a way of carrying their resentments right into a jury box,” more often than not, equality and justice are merely illusions covered as truth under the law and some end up being “more equal” than others as a result.

As for the innocent, the children, they learn the cruel lesson of what “to kill a mockingbird” really means–the terrible sin of destroying someone’s life, someone’s innocence. Which is perhaps what happened to an innocent young girl who was thrust into the limelight during the two months long scandalous trial of a Kramer vs Kramer type battle for custody in the 1930s.

Only this was not a fight for custody of Billy Kramer and where he should spend the nights and eat his favorite cereal, but for the 10-year-old heiress Gloria Laura Vanderbilt, and who should reap the benefits of her inheritance. Her great-great-granddad’s “little” fortune. 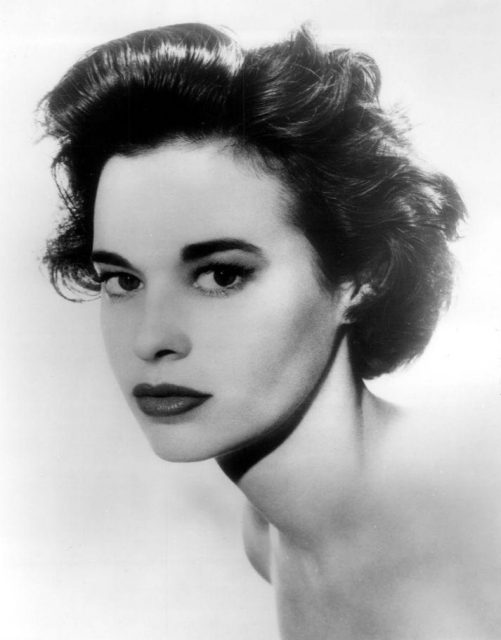 Photo of Gloria Laura Vanderbilt, from a 1959 acting role on The United States Steel Hour.

She was the daughter of Reginald Claypoole Vanderbilt, who was heir to a small portion of the wealth left behind by the business magnate Commodore Cornelius Vanderbilt, former owner of the New York Central Railroad, and one of the wealthiest Americans in history.

Gloria’s daddy had a love for horses, founding a number of equestrian organizations in his lifetime. He also had a fondness for alcohol and this was his downfall– Cornelius Vanderbilt died from liver cirrhosis at the age of 45, when his daughter was only a year and a half old. 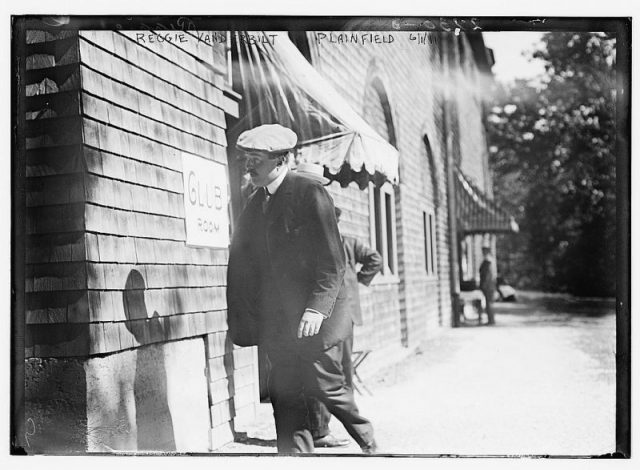 She and her twin sister, Thelma, received a privileged education in Europe and New York until their father gave permission for them, at the age of 16, to have their own apartment on Fifth Avenue. The two debutantes began to socialize with the upper class of the city almost instantly.

The young, rich, and gorgeous identical twins were known as “The Magnificent Morgans” of New York, once described by fashion photographer Cecil Beaton as “alike as two magnolias…they diffuse a ‘Ouida’ atmosphere of hothouse elegance and lacy femininity.” 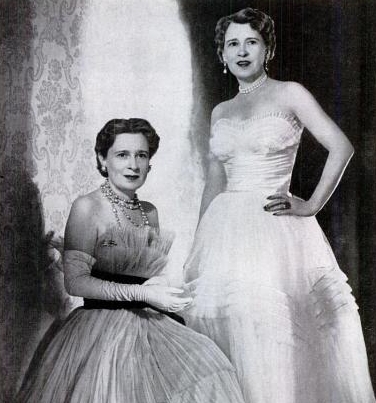 Thelma married first and lived to have a life filled with scandals, alleged affairs and newspaper headlines to worry about. As for Gloria, the second magnolia, in 1923 she became the second wife of 42-year-old Reginald C. Vanderbilt, who died less than three years after their wedding.

In his will, Gloria Morgan was appointed custodian of their daughter, Gloria Laura, and administrator of her $2.5 million inheritance. This is equivalent to around $35.4 million in 2018 (Bureau of Labor Statistics CPI inflation calculator), an amount that would allow them a comfortable income from investment interest. 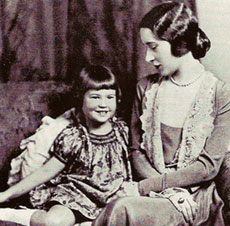 For several years, mother and daughter lived in different glamorous cities in Europe and California. Mom was alleged to lead an expensive lifestyle, enjoying lavish all-nighters in the elite clubs of Paris, Cannes, Monte Carlo, and Hollywood, while little Gloria was cared for by her grandma, Laura Delphine Kilpatrick, Gloria Morgan’s mother, their in-house assistants, and the child’s nanny, Emma Kieslich.

That was until her daughter caught tonsillitis and had to be brought back to New York for her tonsils to be removed. She stayed at her aunt’s home in the city for several months, receiving treatment and proper medical care.

But then something happened. The girl’s aunt, Gertrude Vanderbilt Whitney and her legal representatives claimed the mother was unfit to care for her daughter–that she was inattentive and incompetent to care for a small child. The mother claimed her daughter had been kidnapped.

Gertrude, a renowned sculptor and founder of the Whitney Museum of American Art, and at the time considered the wealthiest woman in America, allegedly refused to give her niece back to Gloria Morgan who filed for child custody as a result. 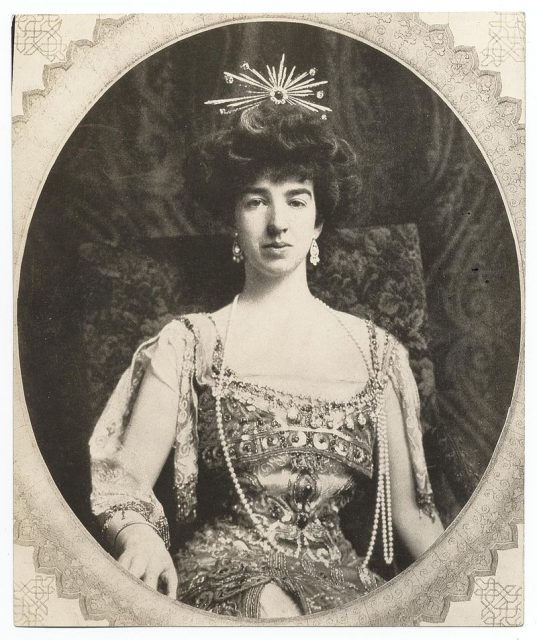 Thus, the infamous Vanderbilt vs. Whitney – The Matter of Vanderbilt trial was set in motion and on October 1, 1934. The first hearing was held in front of hundreds of journalists, for judge John F. Carew, who in hindsight probably shouldn’t have, surprisingly let all the press inside his courtroom.

Over the following weeks, what was supposed to be private family dispute solved behind closed doors turned into a media feeding frenzy and escalated into a courtroom circus charade. And 10-year-old Gloria got the full attention of the media, who were keen to write down and publish every single little detail about her, and her mother’s private life.

The papers wrote all kinds of headlines about her mother’s alleged lesbianism, her debauched lifestyle and her cold indifference to her child. 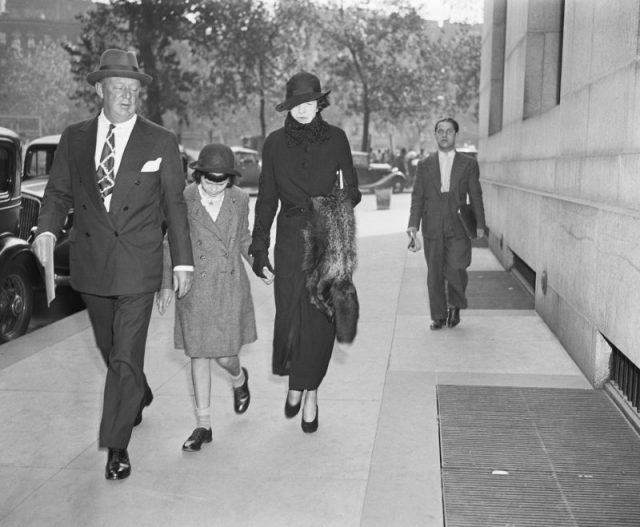 “People, people, people… Prince Langenburg and Mrs. Vanderbilt were found in bed together reading vile and wicked books… read all about it,” was perhaps the most enthralling.

But contrary to reader’s intrigue and people’s craving for entertainment outside, inside the courtroom, it was the least pleasant thing a daughter could hear about her mother. She was present in the courtroom throughout the whole trial as evidence against her mother was presented.

For instance, when nurse Emma Keislich was called to give her testimony, she spoke about Gloria Morgan’s character, her many lovers and how she was never there for her daughter. A maid testified that she found Lady Milford Haven (Princess Victoria of Hesse and by Rhine) in bed right next to Mrs. Vanderbilt “kissing her just like a lover.”

The opposing side was just as crude and insensitive. They produced letters according to which a loving daughter was crying for her mama, explaining how much she misses her. And then, there were the accusations of how her aunt’s obsession with naked bodies could be a bad influence. 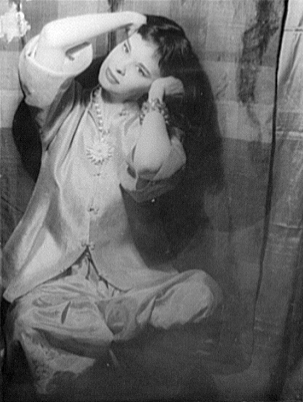 The mud-slinging and hearsay stories presented and accepted as evidence in court were all twisted into vivid interpretation by the New York press, who became strongly divided on who was the innocent party.

On November 20th, a month and a half into the trial, judge Carew found the “perfect” solution: Let the child decide. A 10-year-old. The responsibility was all hers now. Young Gloria said she wished to live with her aunt. The very next day, Gertrude Whitney was awarded custody of her niece. The mother who was accused of neglecting her daughter had access on weekends and Christmas.

The very next day The New York Journal American wittily yet untastefully wrote: “Rockabye baby, up on a writ, Monday to Friday Mother’s unfit. As the week ends she rises in virtue; Saturdays, Sundays, Mother won’t hurt you.” 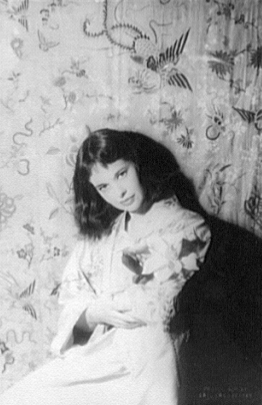 Ironically, her aunt lost interest immediately after the trial and disregarded her new ward completely. Or so the successful artist, fashion designer, mother of four and a mighty woman that Gloria Vanderbilt grew to be in the years that passed, later wrote in her autobiography Once upon a time: A true story in which she spoke about a childhood ruined and love never felt.

In her and her son’s touchingly intimate book, The Rainbow Comes and Goes: A Mother and Son On Life, Love, and Loss she also spoke about her experience in 1934, the hell she was put through during and after the trial, and how she was instructed and made to rehearse fabricated stories by her aunt’s legal team.

Time passed and she learned to forgive all. For there is a saying that goes something like: “you never really understand a person until you consider things from his point of view–until you climb into his skin and walk around in it.”

Related Article: The Breakers – Built by the Vanderbilts, it was the grandest mansion in Newport

Though at the time, as things stand, no one even considered climbing into hers.

« The Incredible Teenage Girl who Survived a 10,000ft Plane Crash Freefall
The mystery of why Charles II of Spain’s head was full of water »