In the early 1900s, increasing numbers of immigrants were coming to North America, mostly from Europe. Those starting a new life in the United States came across the Atlantic Ocean, many of them headed for New York City, which meant a stop at Ellis Island for processing.

In Canada, newcomers arrived at Pier 21, in Halifax, Nova Scotia. While not as spectacular as sailing past the American Statue of Liberty, Pier 21 still represented freedom and a fresh beginning for those fleeing persecution abroad.

Since 1880, another pier was used to receive immigrants to Canada. But by 1913, the facilities couldn’t handle the boatloads of people arriving.

More than 400,000 people arrived that year. As ocean liners grew in size, they transported increasing amounts of people in one crossing. A bigger and more efficient terminal was needed. 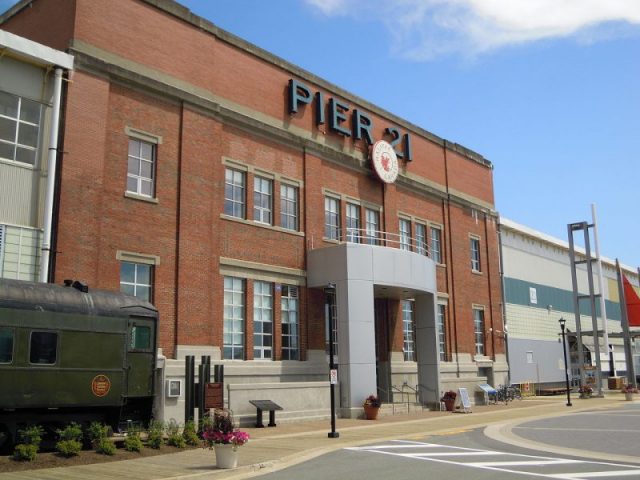 Ironically, almost immediately after the opening of Pier 21, immigration declined due to the Great Depression of 1929. Jobs were scarce and immigration to Canada was restricted.

By 1932, only around 20,000 people arrived yearly until after World War Two. Along with economic conditions, the government of Canada under Prime Minister Mackenzie King was opposed to bringing in new immigrants, especially Jewish refugees fleeing Nazi Germany. 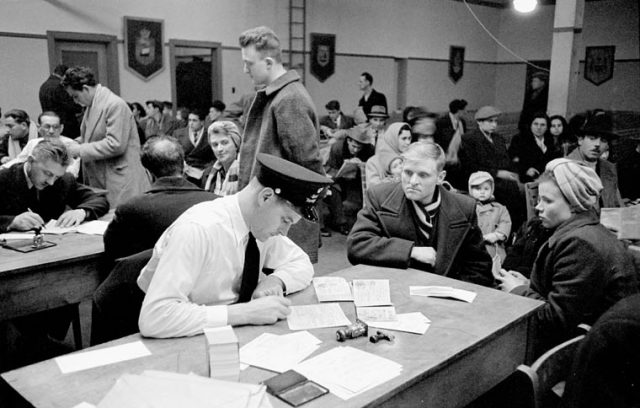 However, Pier 21 was still a busy sea port for other purposes. Starting in 1939, it was used by the Canadian Department of National Defence to send off military personnel.

Over 500,000 troops and staff were sent to Europe. At the end of the war, soldiers came back to Canada through Pier 21, accompanied by thousands of war brides and their children.

RMS Majestic alongside the Nova Scotian Hotel at Halifax, Nova Scotia, Canada in 1934. Pier 20 is to the left and Pier 21 to the right.

The postwar years saw a dramatic rise in immigration to Canada. Labor shortages and a booming economy was one reason.

Another was because of displaced populations in Europe looking for a new home. Public pressure pushed the Canadian government to start to open their doors. 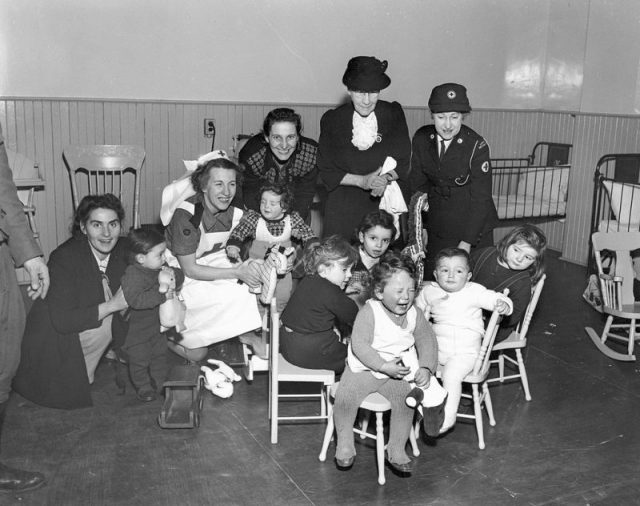 These were the busiest years for Pier 21. Waves of immigrants arrived from Europe by ship. In 1956, the Hungarian Uprising against communist rule was crushed by the Soviet Union.

The result was a mass exodus of Hungarian refugees fleeing through Europe and across the Atlantic. 50,000 found their way to Canada, arriving through Pier 21. 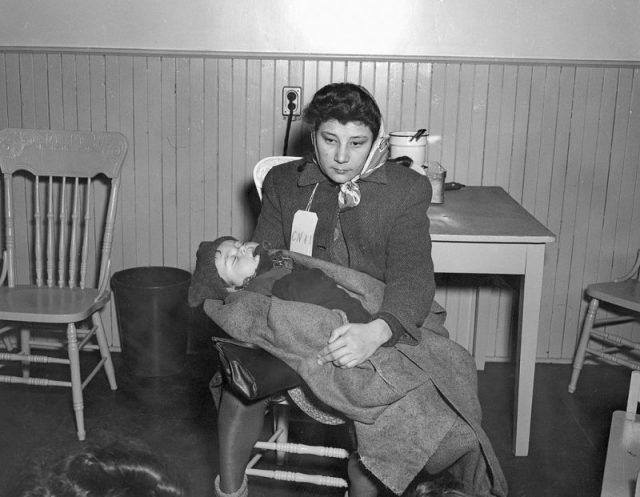 Each immigrant to Canada had their own story to tell. Many recalled the long voyage over the rough seas of the Atlantic Ocean. It was a bit of culture shock, arriving in a faraway land with a foreign speaking language. The cold was bitter for those who arrived in the winter months.

The size of their new country was also daunting. Compared to Europe, the distances between cities were lengthy, with miles of empty forests and lakes in between.

Upon reaching Halifax, arrivals were processed through the facilities at Pier 21. It was usually crowded. Described as similar to a train station, families waited on long wooden benches for their turn.

Eventually, they were seen by Canadian Immigration officials, where they were handed Landed Immigrant papers and allowed entry into the country. 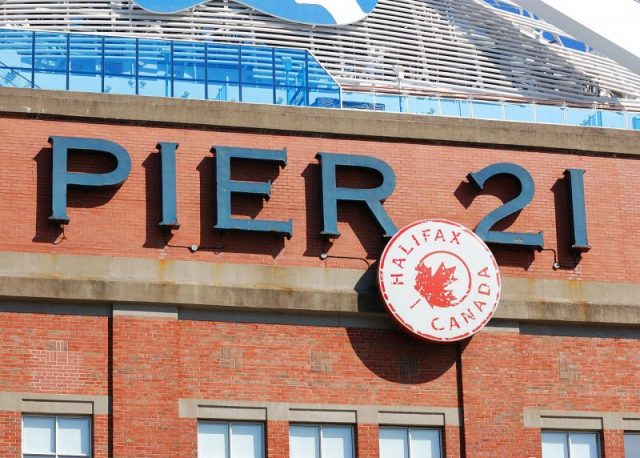 Throughout the 1960s, air travel increasingly replaced shipping as a more efficient way for people to travel. The result was a rapid decline in immigration levels into Halifax. In 1970, just over 1,000 people came through.

Pier 21 closed down in 1971. Between 1928 and 1971, more than 1 million immigrants came through the dock, their first glimpse of Canada. In fact, Pier 21 would be the entry point for one in five Canadians in those years.

The area was left abandoned for decades. After lobbying, the site was eventually granted as a National Historic Site in 1996. A museum, called the Canadian Museum of Immigration at Pier 21, was opened in 1999 as a way of remembering the many that passed through its doors.