A novella that George R. R. Martin wrote that was published in a 1980 science-fiction magazine has been optioned to be turned into a new TV series called Nightflyers. It will debut in Autumn 2018 on the Syfy channel.

Martin, famous for his Game of Thrones novels, describes the new series as “A haunted house story on a starship. It’s Psycho in space.”

According to Syfy, the show follows eight maverick scientists and a powerful telepath who embark on “an expedition to the edge of our solar system aboard the Nightflyer—a ship with a small tightknit crew and a reclusive captain—in the hope of making contact with alien life. But when terrifying and violent events begin to take place they start to question each other—and surviving the journey proves harder than anyone thought.” 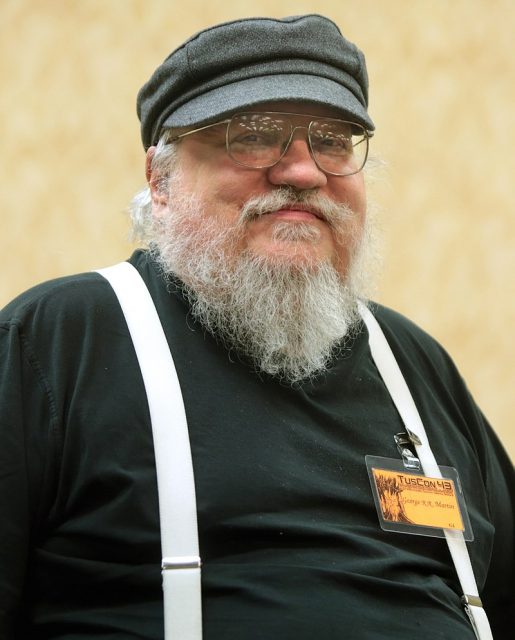 The series is based on Martin’s novella published originally in 1980 in Analog Science Fiction and Fact. In 1985, Martin put out a short-story collection of his work that included Nightflyers, somewhat expanded. He has written a great deal of science fiction as well as fantasy over his career.

“Some of the fans of A Song of Ice and Fire seem to believe that I burst onto the writing scene full-grown with the publication of the first book of the series,” Martin wrote in the “Oldies But Goodies” section of his official website, “but actually I had been a professional writer for 25 years when A Game of Thrones was published in 1996.”

At Thrillerfest, the annual conference for International Thriller Writers Inc., Martin talked about the history of Nightflyers, and how he has been able to correct a wrong with new series.

Here’s what George R.R. Martin has been doing the past 6 years instead of writing the next Game of Thrones book

According to Martin, he wrote the story’s protagonist, Melantha Jhirl, as a black woman. The name “Melantha” translates to “Black flower.” But when the story was first expanded into a book anthology, it showed a white woman on the cover to illustrate Nightflyers. When he protested to the editor, he was told, “You want people to buy the book, don’t you?” 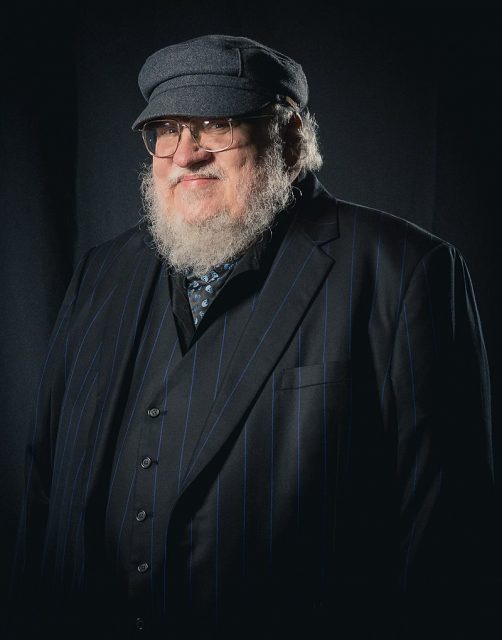 Since this was the 1980s and Martin had no power, he couldn’t make enough of a fuss to force the editor change the model who was used on the cover.

So when Martin heard that the Syfy channel had optioned the novella and planned to make it into a TV series, he said he had one condition: the actress playing Melantha must be a woman of color. Syfy executives agreed.

The story was made into a science-fiction/horror movie in 1987, and producers cast white actress Catherine Mary Stewart as Melantha, going by the cover of the book. 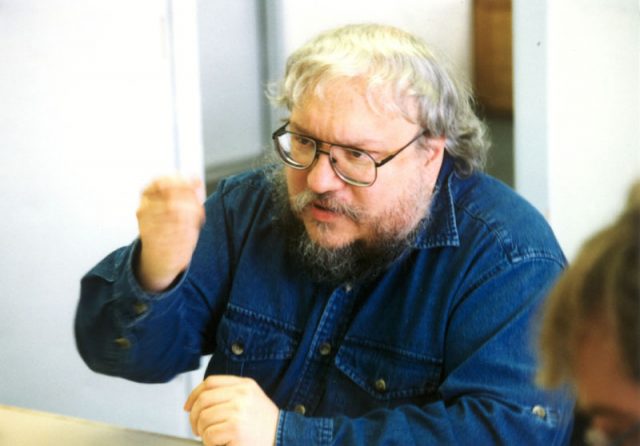 He told the Thrillerfest audience he was “pleased that that injustice has finally been resolved after 30 years… I look back on it now, and I’ve been a little ashamed of that ever since.”

In other news about Game of Thrones, the pilot for a prequel series begins filming in Northern Ireland this autumn. Martin created the untitled series with producer Jane Goldman, best known for the comic book series Kiss-Ass and Kingsman: The Secret Service.

“Taking place thousands of years before the events of Game of Thrones, the series chronicles the world’s descent from the golden Age of Heroes into its darkest hour,” according to HBO. “And only one thing is sure: from the horrifying secrets of Westeros’ history to the true origin of the white walkers, the mysteries of the East to the Starks of legend… it’s not the story we think we know.” 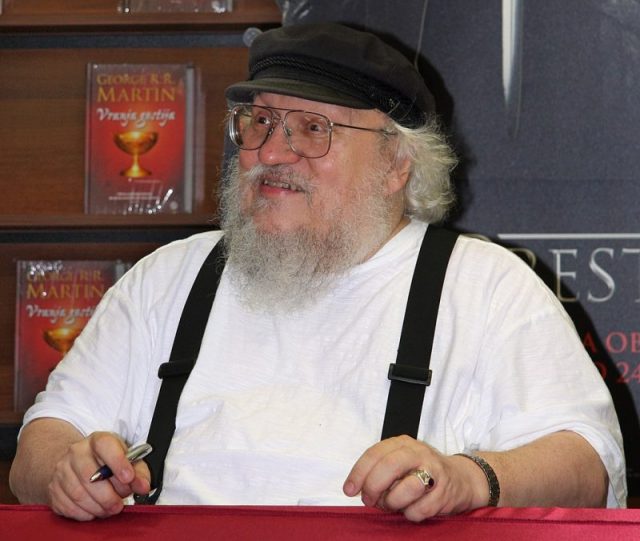 Martin signing books in a bookstore in Ljubljana, Slovenia (June 2011). Photo by Yerpo CC BY SA 3.0

According to the Belfast Telegraph, filming for the new show will take place at Paint Hall studios in Belfast, where the original Game of Thrones series was shot.

“This is fantastic news for everyone at the studio–from the cast and the crew, right down to the riggers and the catering staff,” a Paint Hall source told the newspaper.

No cast news has been released as of yet about the prequel series.

« Lucy’s baby, the world oldest known child found in Ethiopia is 120,000 years older than Lucy
Archaeologists prepare to open a mysterious black sarcophagus in Alexandria, the largest ever found »