Almost 40 years after he joined the Star Wars family as the swaggering adventurer and gambler Lando Calrissian in The Empire Strikes Back, Billy Dee Williams has agreed to reprise the role he originated. A story in the Hollywood Reporter says that Williams will play Calrissian in the upcoming Star Wars IX, directed by J. J. Abrams. Williams is 81 years old.

Lando is one of the most popular supporting characters of the original films, and interest in him spiked even higher when actor Donald Glover played a young Calrissian with flair in the spinoff film Solo: A Star Wars Story.

In The Empire Strikes Back, Han Solo, played by Harrison Ford, seeks out his old friend Lando Calrissian when they get into trouble, telling Princess Leia, “He’s a card player, a gambler, a scoundrel. You’d like him.” 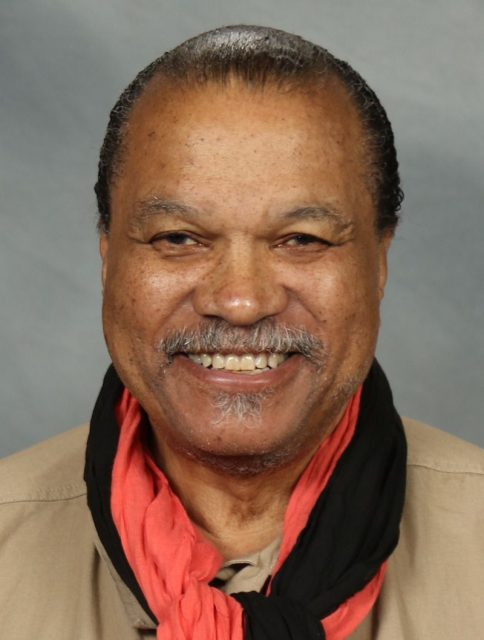 Fans have complained about Lando and his suave charm being absent from the revival of the series, although the core trio was present: Harrison Ford, Carrie Fisher as Leia, and Mark Hamill as Luke Skywalker.

In The Guardian, a writer speculated: “The fear is that Disney-owned Lucasfilm is only wheeling out the 81-year-old actor because it desperately needs original-trilogy cachet, and has exhausted the potential to cast Ford, Hamill or Fisher in yet another episode.

“Cynics will also complain – and have – that Williams ought to have been front and center in Abrams’ earlier effort, The Force Awakens when he might have been paired successfully with his old buddy Han.” 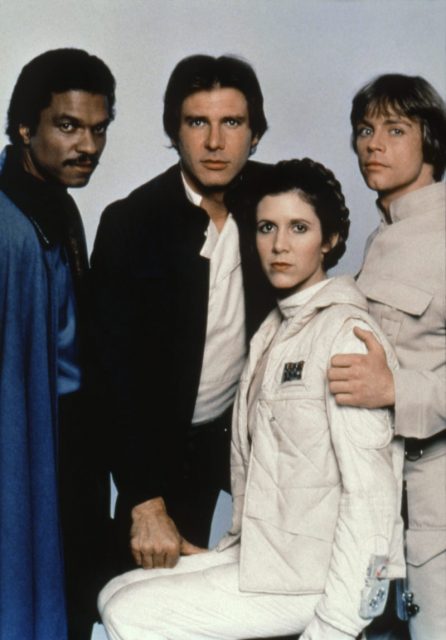 However, the announcement of Billy Dee Williams’ joining the cast of the 2019 film is also sparking some excitement over Harrison Ford somehow coming back too, even though he was killed in The Force Awakens. Time travel is one possibility, or a meaty flashback.

Donald Glover’s Lando Calrissian to Get His Own STAR WARS Movie?

Director Kevin Smith, himself a Star Wars superfan, tweeted: “If, due to a time travel device or the Force, there’s a plot development that allows Lando to repeat his EMPIRE STRIKES BACK line ‘There’s still a chance to save Han!’ and get us back to that fateful bridge on Starkiller base?”

Billy Dee Williams is the second new cast member to be announced for Star Wars IX. Keri Russell of the TV series The Americans has reportedly signed for a large role, one with a heavy action component. The film also stars Daisy Riddle, Adam Driver, Oscar Isaac, and John Boyega.

The Solo spin-off film was seen as something of a disappointment, and the Hollywood rumor mill says that George Lucas might be putting other spinoffs on hold. The New York Times review called Solo “a curiously low-stakes blockbuster, in effect a filmed Wikipedia page.” However, the same review praised Glover’s Lando Calrissian character, “the original owner of the Millennium Falcon, Han’s sometime rival and secret ego ideal.”

When Billy Dee Williams was cast as Lando, he was considered one of the most charismatic actors in Hollywood, appearing in the film Lady Sings the Blues as Billy Holiday’s husband, Louis McKay, and the followup film Mahogany. In both movies, he co-starred with Dianna Ross. 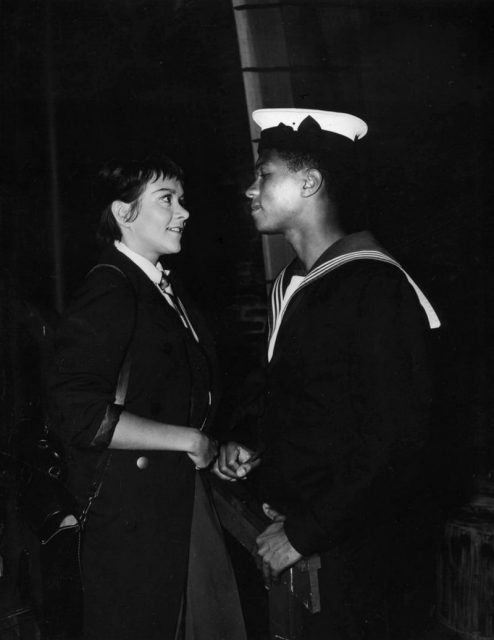 Joan Plowright as Jo and Billy Dee Williams as her sailor boy friend from the 1960 Broadway presentation of “A Taste of Honey.”

After playing Lando in two Star Wars film, Williams did some voice work for the character. He has been part of the cast of video games, such as “Star Wars: Battlefront,” and animated series, including “Star Wars Rebels.” He also appeared in films such as the 1989 Batman and Nighthawks, with Sylvester Stallone.

Read another story from us: The actor who portrayed the X-wing pilot Jek Porkins in “Star Wars: A New Hope” was interviewed after the JFK assassination

In an interview with the BBC, director J. J. Abrams said he plans to push it with the next film. “I feel like we need to approach this with the same excitement that we had when we were kids loving what these movies were and, at the same time, we have to take them places that they haven’t gone, and that’s sort of our responsibility,” he said.