Homer’s epic poem The Odyssey, written in ancient times, is considered among the world’s greatest works of literature. You might assume that physical versions of the poem are long gone, but, remarkably, archaeologists in Greece have found 13 verses from The Odyssey chiseled into a clay tablet dating to some time between 675 and 725 B.C.

The terracotta slab of 13 lines was found “in a pile of tiles and bricks, stones and other remains of the Roman period,” according to LiveScience.

Olympia is famous as the site of the ancient Olympic Games. 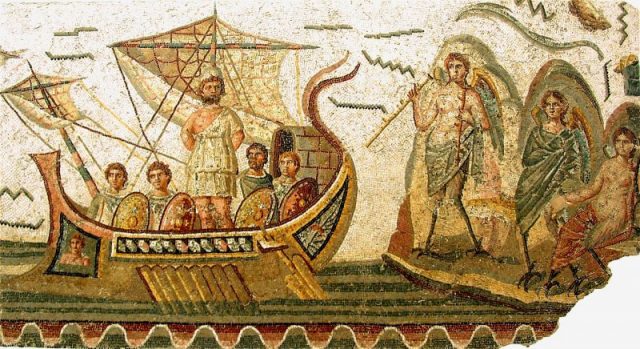 A Roman mosaic depicting a maritime scene with Odysseus.

The plaque is a “great archaeological, epigraphic, literary and historical exhibit,” said the Greek Cultural Ministry. The Odyssey could have been originally composed as long ago as the 8th Century B.C. It was handed down in an oral tradition for before this tablet was inscribed. Other means were also found to record it in those centuries.

The Odyssey is 12,109 lines of poetry telling the story of Odysseus, king of Ithaca. It took him 10 years to return from the Trojan War to his wife and family.

The 19 lines that were found are from the section of Odysseus reaching his home and meeting his onetime loyal servant, Eumaeus, who does not recognize him. In the poem, only his faithful dog knows who he is at first. His identity is further known when his female servant, Eurycleia, washing his feet, comes upon a scar she remembers. 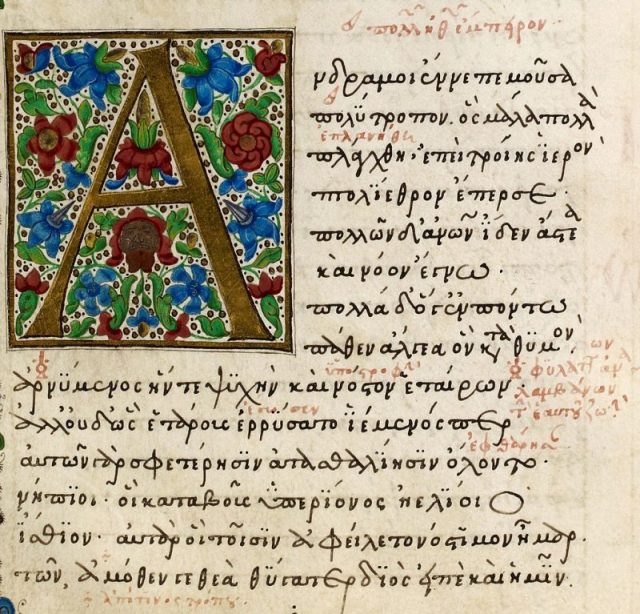 A 15th-century manuscript of The Odyssey, book i, written by the scribe Ioannes Rhosos for the Tornabuoni family, Florence, Italy (British Museum).

With the help of his son, Telemachus, Odysseus murders the suitors who are harassing his wife, Penelope. She feared him dead but still did not want to remarry.

A team of researchers from the Hellenic Institute of Political Science, the German Archaeological Institute, and the Universities of Darmstadt, Tubingen, and Frankfurt am Mainz found other relics as well, the most noteworthy ones from the beginning of the Cycladic Bronze Age.

Interestingly, the Metropolitan Museum of Art has a papyrus fragment in its collection with lines from The Odyssey. 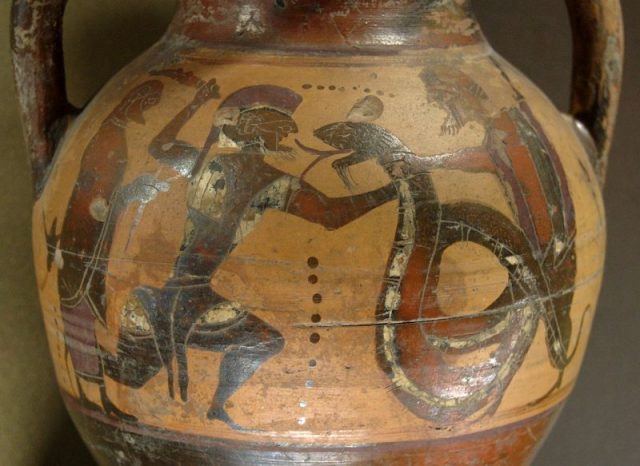 Euboean amphora, c.550 BC, depicting the fight between Cadmus and a dragon.

“This is the first early Ptolemaic fragment of the Odyssey ever discovered,” says the Met exhibit. “It contains three lines from Book 20 that do not occur in the standard text preserved today and is a physical testimony to the fact that local variations of this famous work existed in the 3rd century B.C.” 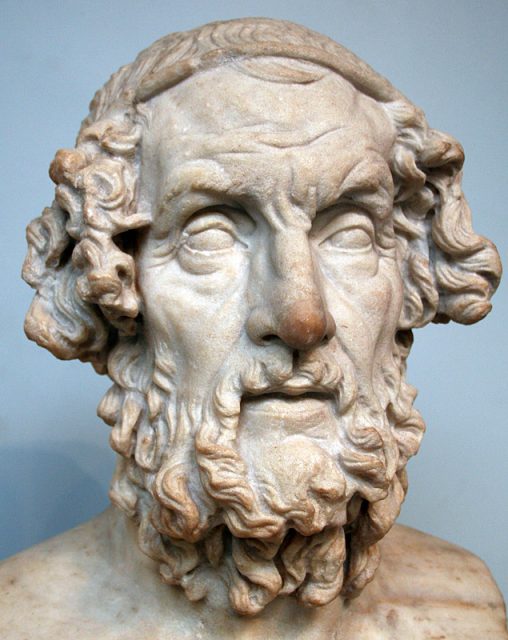 Bust of Homer in the British Museum.

The exhibit also says, “The most important repository of Homeric texts in the Hellenistic world was at the library of Alexandria, Egypt, the first comprehensive public library ever built, which was founded by the Ptolemaic kings in the early third century B.C. As Homer was the poet par excellence, his work was central to the library’s collections, which contained copies of the Homeric poems from many different city-states, including Chios, Argos, and Sinope.”

Who was Homer? Although he has had a major impact on Western culture, very little is known. He is believed to have been born sometime between the 12th and 8th centuries BC, on the coast of Asia Minor. Some scholars believe Homer was one man, others that the stories in The Iliad and The Odyssey were created by a group. 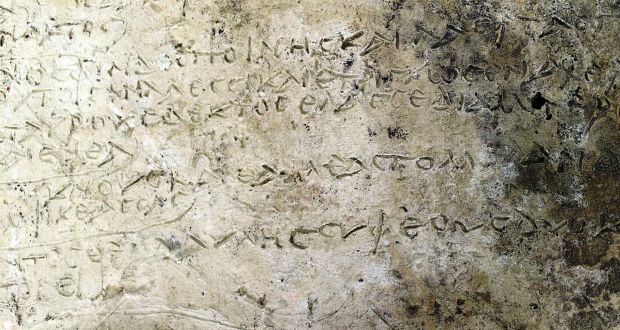 Stories of the feats and tragedies of the Trojan War, the battle for Helen of Troy, continue to fascinate us to this day, with new films and TV series coming out all the time. In the story, Odysseus is the Greek who comes up with the idea of the Trojan Horse, used to sneak into Troy and defeat their enemies.

Read another story from us: Archaeologists prepare to open a mysterious black sarcophagus in Alexandria, the largest ever found

Historians do believe some sort of war took place, one which Homer embellished. There was most likely a Greek expedition to Troy, now in Hisarlik, in Turkey. But how big a war, and how long it lasted, no one knows.