It was the very beginning of 1892 when the first 700 immigrants who had voyaged across the Atlantic, carried by three ships, were processed at the brand new Immigration Station at Ellis Island.

By the end of that first year, roughly 450,000 more people passed through the Ellis Island checkpoint. The numbers just kept on growing. During the next 60 years, this place would be the stepping stone for millions of people who were chasing a dream, a chance for a better life in the New World. 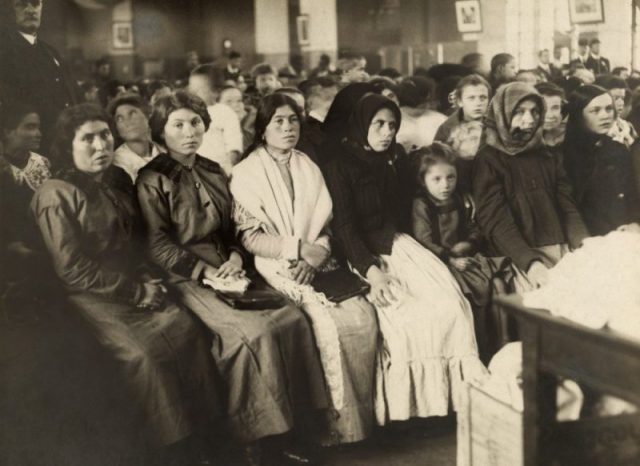 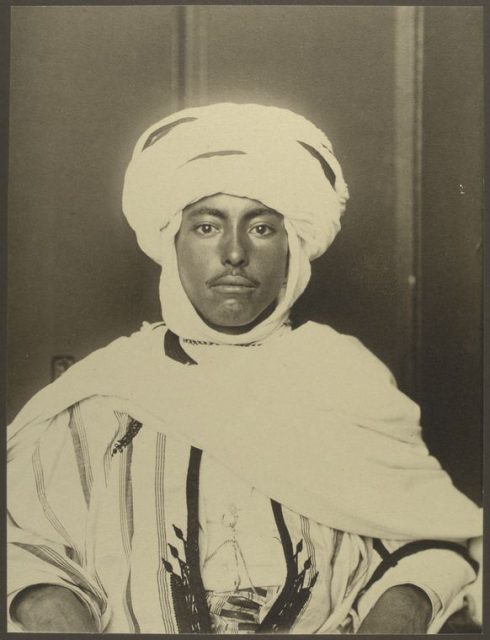 Nestled at the mouth of the Hudson River, Ellis Island is remembered as an emotional place. There were tears of joy for all those who made it through, who perhaps were reunited with family members after years of separation. 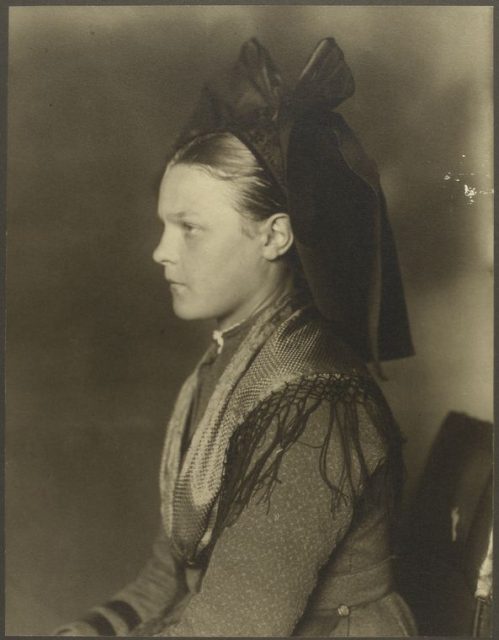 Girl from the Kochersberg region near Strasbourg, Alsace, c.1905.

There were also tears of sorrow for those fewer who were not allowed passage by the Immigration Officers. Entry was usually denied due to a certain health condition or perhaps a criminal record. 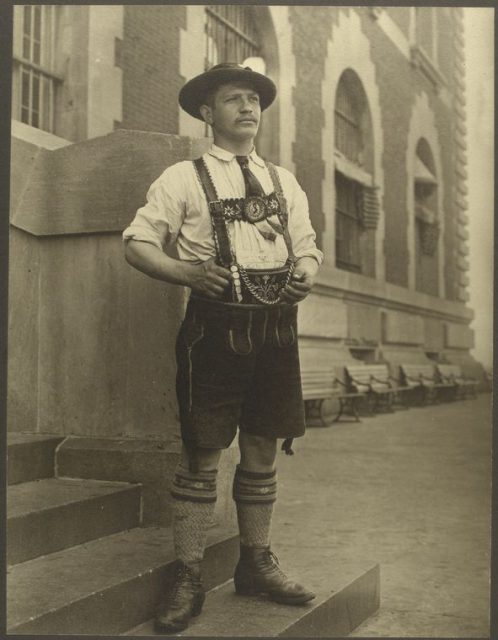 The health and legal checks followed immediately after the ships docked. New arrivals would queue in lines and wait for the obligatory procedures. This step was crucial for their approval for entry to the United States. 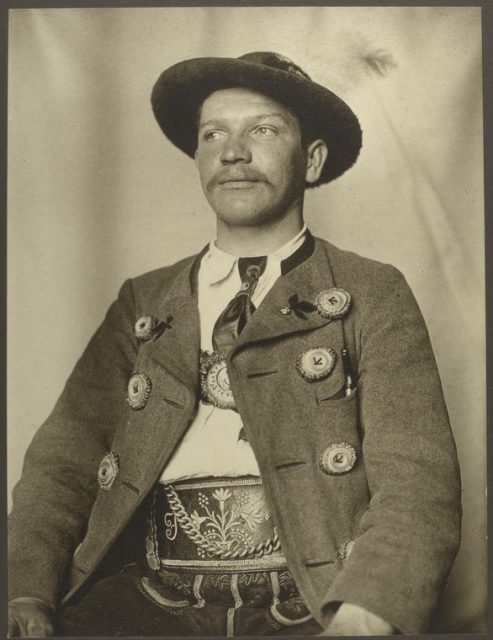 The luckiest, and wealthiest, immigrants waited up for only two hours, some up to five hours. But those who had something wrong were held on the island for days and sometimes even weeks. 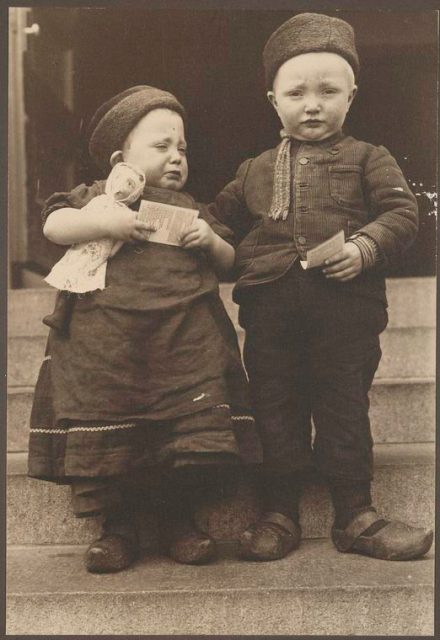 Dutch siblings from the Island of Marken, holding religious tracts.

By the late 19th century the constellation of immigrants had significantly changed. There were less western Europeans such as Germans, Britons or Scandinavians. Less Irish too as the Potato Famine crisis was by then settled.

American slang words we never knew were invented by the Irish 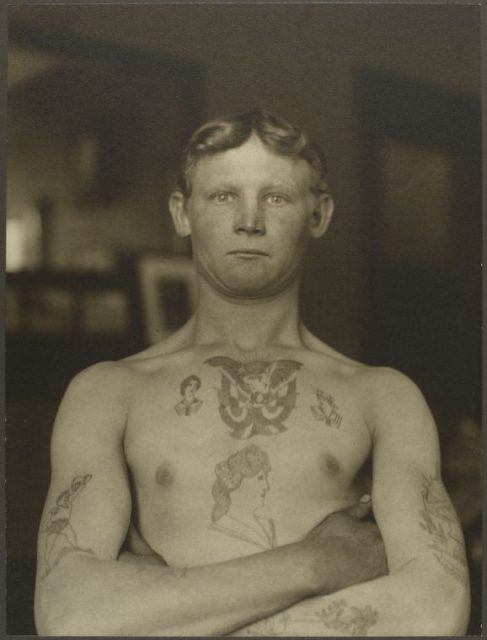 It was an era of new waves of immigrants, mainly journeying from the eastern or southern countries of Europe such as Italy, Slovakia, Russia, Albania, Romania, and Greece. 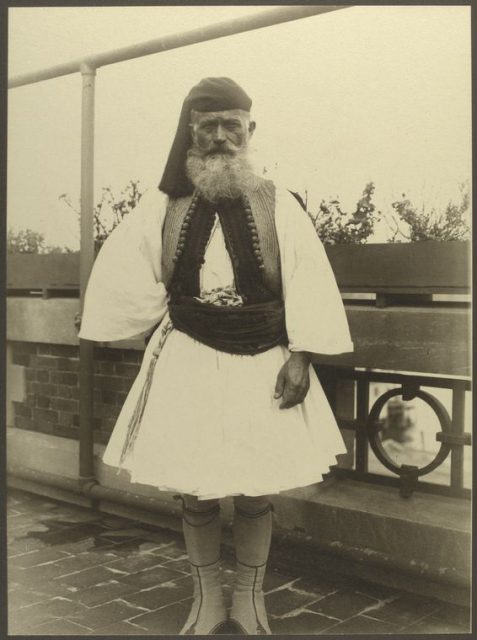 Some people arrived from even more faraway places like Turkey and India. 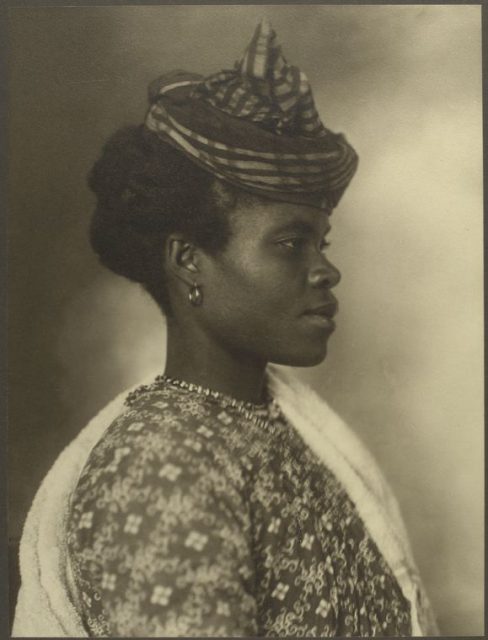 The photographs demonstrate the huge range of different nationalities and cultures who were permitted to settle in the United States. Only around 2% of applicants were deemed unfit to become citizens, however around one fifth were held for further medical investigation or a legal hearing. 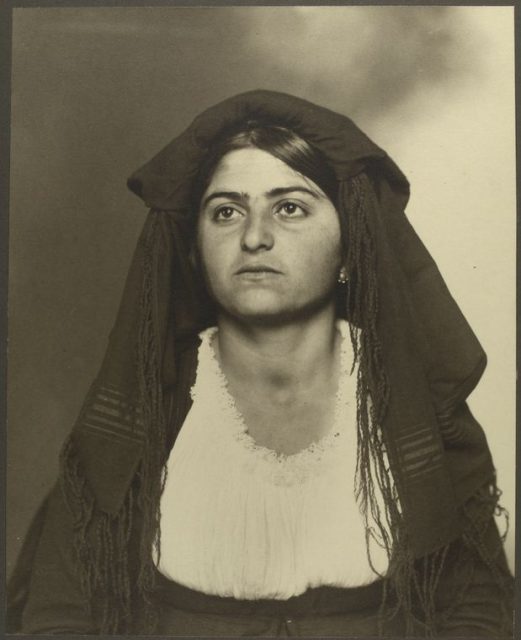 In a great many cases, people were escaping poverty or political unrest in their native countries. Some were pushed on the road to escape religious persecution. 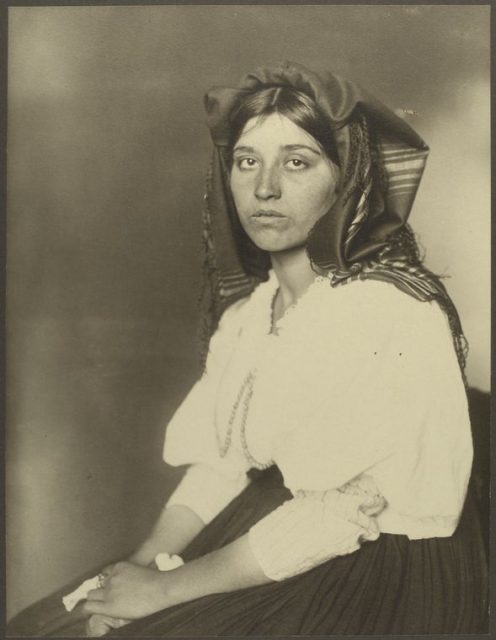 Whichever the reason, each person had to complete a 29 question interview. They were supposed to have at least $20 in their pocket, however the inspectors could use their discretion. 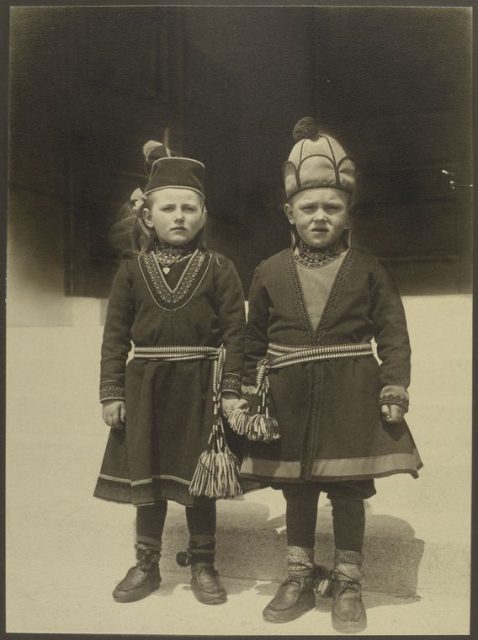 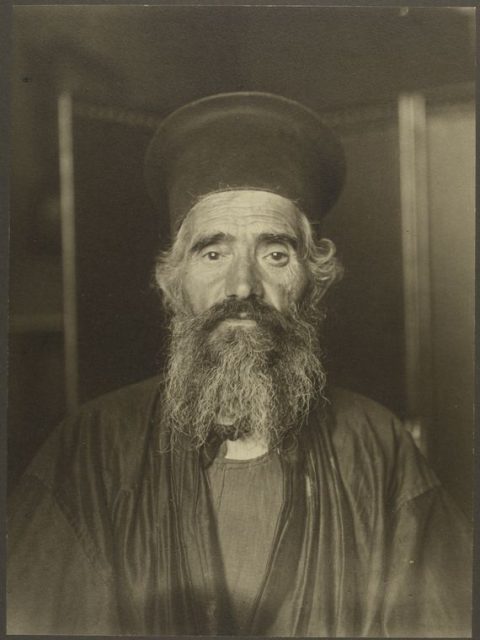 Ellis Island saw its heydey from 1900 until the outbreak of the World War One in 1914. During this period, it is estimated that at least 5,000 people a day, and sometimes even 10,000, lined up in the queues. It was a real mass migration. 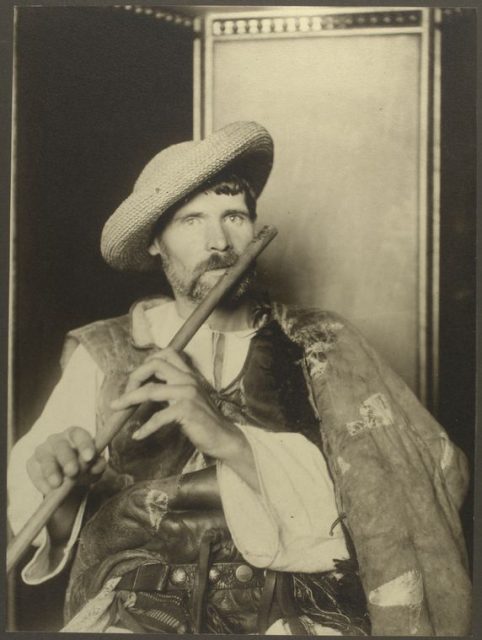 On leaving Ellis Island, the new arrivals mostly spent some time in New York City or New Jersey until they figured out where to go next. 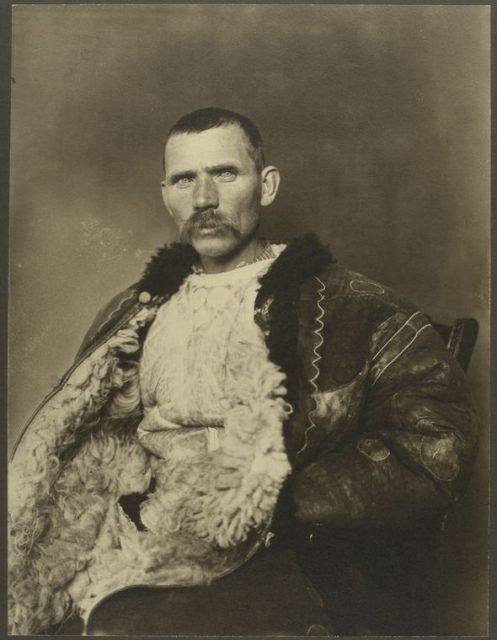 Immigration rates dramatically dropped following two laws that were passed in the first half of the 1920s. The primary purpose was to restrict the overall levels of immigration to the United States, but they also placed limits according to ethnicity and religion. 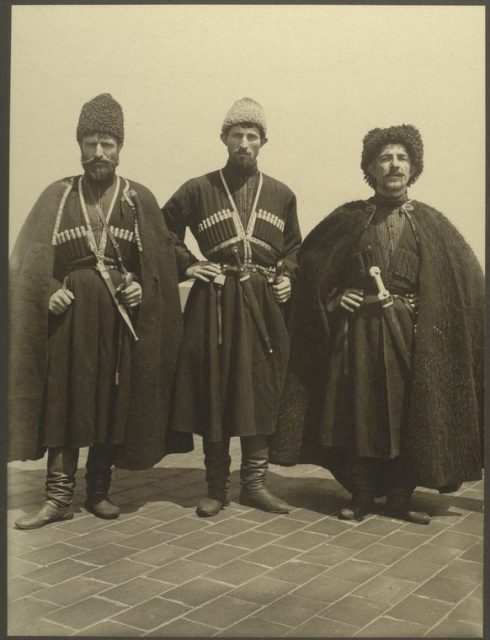 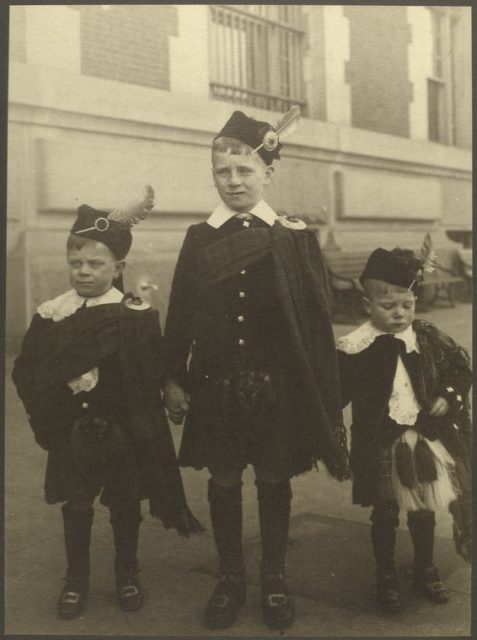 In the subsequent three decades — until Ellis Island officially closed in 1954 — approximately 2.3 million immigrants entered the U.S. via this route. Compared to some of the peak years at the start of the century, this number was nothing. For instance, around 1.25 million people showed up at Ellis Island in 1907 alone. 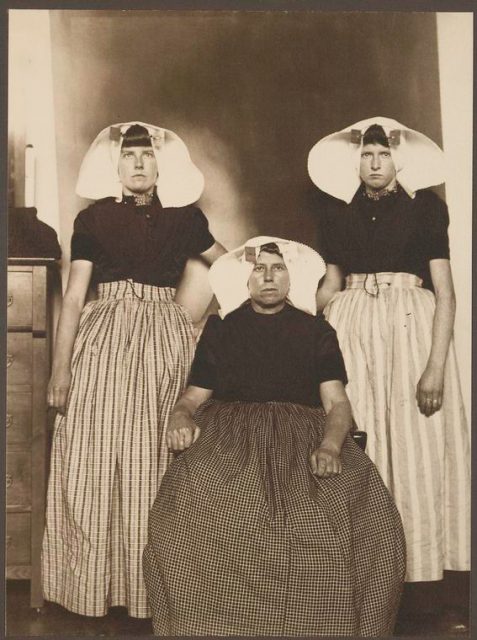 Mother and her two daughters from Zuid-Beveland province of Zeeland, The Netherlands.

During World War Two, Ellis Island was repurposed as a war hospital for wounded soldiers who returned home from the front lines. The facilities on the island also accommodated a prisoner of war camp. 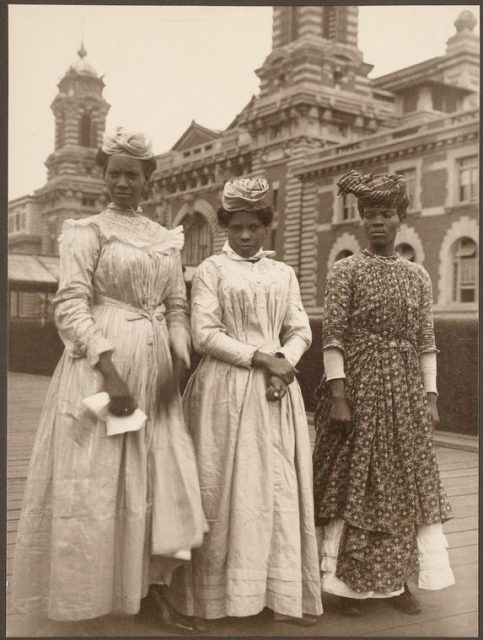 Since 1976, the island has been open to the public as a historic site which can be visited, including a tour at the Ellis Island Museum of Immigration.

Read another story from us: Titanic Orphans: A father ‘kidnapped’ his two sons, boarded with false names and passed away

It is said that at least a third of the current U.S. population is able to trace at least one of their family ancestors as back to the famed Ellis Island entry point.