Body snatcher Ed Gein went on to inspire much more than he could have imagined. In 1959, Robert Bloch captivated the nation with his novel “Psycho.” Yes, the same “Psycho” which inspired Alfred Hitchcock to create the cult movie of the same name. But while the director was inspired by Bloch’s book, the writer was inspired by the real-life story of Ed Gein, a psychotic murderer, grave robber, and body snatcher who lived a double life.

Just like Norman Bates, the main character in Hitchcock’s movie, Ed Gein, had a complicated relationship with his mother, loving her while at the same time being scared of her possessive and manipulative personality.

At the end of the movie, the mother turns out to be the victim of Norman’s jealousy and loneliness, but in the real-life story of Gein, his mother was the villain who prevented him from developing a meaningful relationship with any person in his life, especially women. 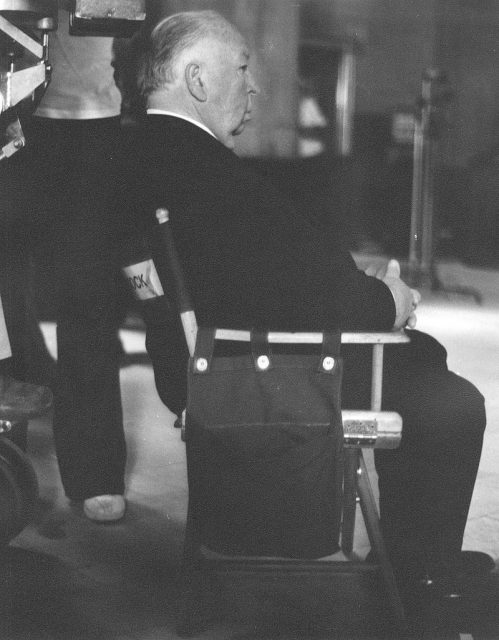 Hitchcock was known as the Master of Suspense. Stan Osborne CC BY 3.0

With an alcoholic husband, Gein’s mother Augusta was in charge of supporting the family and taking care of her two boys. She ran a small family grocery store and purchased a farm in a desolate location in Wisconsin. The only time the boys left home was to go to school. Their mother discouraged them from making friends at school while the isolated farm prevented them from communication with outsiders.

Augusta, a fanatical Lutheran, made sure that she read parts of the Bible to her sons every day. She preached that the world was inherently evil, that all women were prostitutes (excluding herself), that drinking was an instrument of the devil, and that the only acceptable form of sex was for biological reproduction. 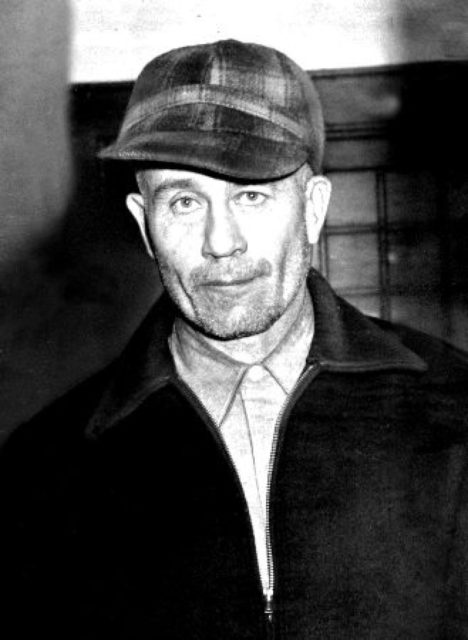 After the death of their mother, Ed and his brother remained living on the farm. When he was 38, Ed was suspected of killing his brother, but there wasn’t sufficient evidence. While living in seclusion, Gein became an avid reader of bizarre literature on cannibalism, death-cult magazines, headhunting, and Nazi stories.

When Bernice Worden, a local hardware store owner disappeared in 1957, all clues led the police to search Gein’s home. However, nobody was prepared to find what they did on the farm. Gein’s house was filled with human body parts. 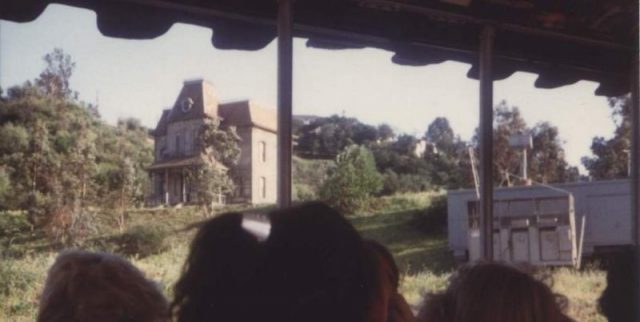 In his reading, Gein had studied Grey’s Anatomy — which provided him with some gruesome decorating ideas about his home.

He used bones, among other things, to make kitchen utensils, and there were skulls impaled on his bedposts. Among the furnishings was a unique lamp, the shade of which Gein had fashioned from human skin. There was also a matching set of chairs that he upholstered in human skin, as well as a few garments made from the same macabre “fabric.” Police found various dismembered body parts including four noses, fingernails, and the genitals of nine different women. 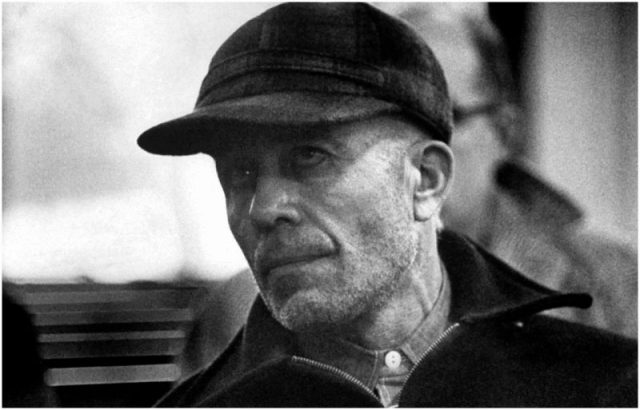 Like Norman Bates, Ed Gein kept a sealed-off room as a shrine to his mother and enjoyed wearing his mother’s clothes. He also revealed to the police that his primary motive was to create a “woman suit” so that he could become his mother, and crawl into her skin. 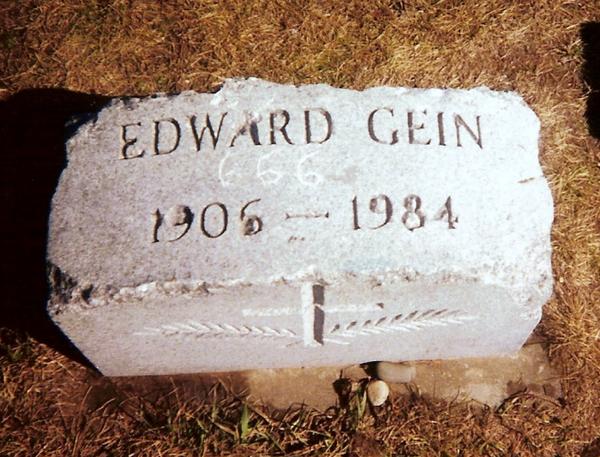 Ed Gein’s gravemarker as it appeared in 1999. If one looks closely they can see a ‘666’ carved in the stone.

However, unlike Bates, Gein wasn’t considered nor convicted as a serial killer. While Bates killed approximately 20 victims, Gein confessed to and was found guilty of two murders, including Worden whose body was decapitated. He confessed to exhuming dozens of bodies from different graveyards and earned the nickname “The Mad Butcher of Plainfield.”

Gein was charged with of desecration of graves, defiling corpses, and body snatching. In 1968, 11 years after he was apprehended, Gein was found guilty but legally insane and was remanded to psychiatric institutions. He died at the Mendota Mental Health Institute in 1984, aged 77.

« The Mysterious White Trains: How Nuclear Weapons Were Transported during the Cold War
The Order of the Pug – Secret Society whose Members Wore Dog Collars »