A record-breaking heat wave in the U.K. has led to an unexpected bonanza in the field of archaeology. Experts are experiencing what was described in last week’s The Independent as “Gold-rush style excitement” over the development, in which the longest period of scorching weather since 1976 has exposed evidence of historic structures.

Wales, in particular, is feeling the burn. The Royal Commission on the Ancient and Historical Monuments of Wales (RCAHMW) has fired up its drones and planes in order to study the phenomenon, known simply as ‘crop marks.’ These are only visible from the air and discoveries so far relate to the Roman era, as well as periods that stretch for centuries in either direction.

How are crop marks formed? It’s all to do with the eye-catching boost given to grass and greenery by long-buried architecture. Smithsonian magazine reports that “settlements were usually surrounded by fortifications or drainage ditches. Though the ditches were filled in during subsequent centuries, deep trenches remain beneath the surface of the ground. These trenches hold on to nutrients and moisture—and when the weather gets scorching, plants draw on the deeper topsoil for sustenance.” 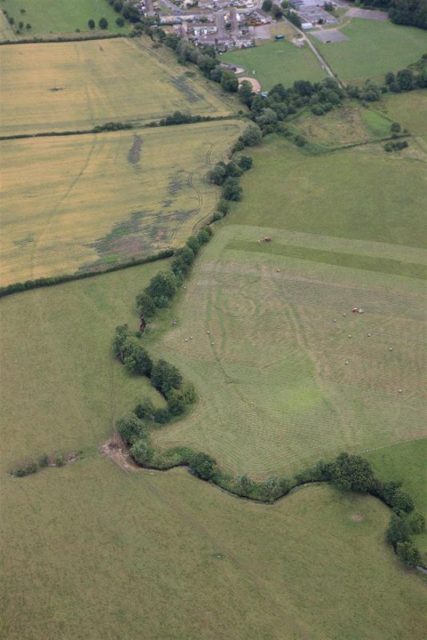 Photograph of Monks Ditch showing cropmarks of strip field systems. Photo by Royal Commission on the Ancient and Historical Monuments of Wales (RCAHMW)

The highly noticeable result is that while surrounding grass withers under the relentless heat, things that grow over the remains of old forts and villas are suspiciously green and healthy-looking by comparison. This process has exposed new (but still very old) elements, in addition to reacquainting researchers with established landmarks.

Archaeologists are used to painstaking work with slow progress and little chance of a reward, so to suddenly be deluged with a raft of resurrections is a surprise they’re relishing. A senior archaeological investigator for the RCAHMW, Louise Barker, explained to The Independent about her increased yet very welcome workload. 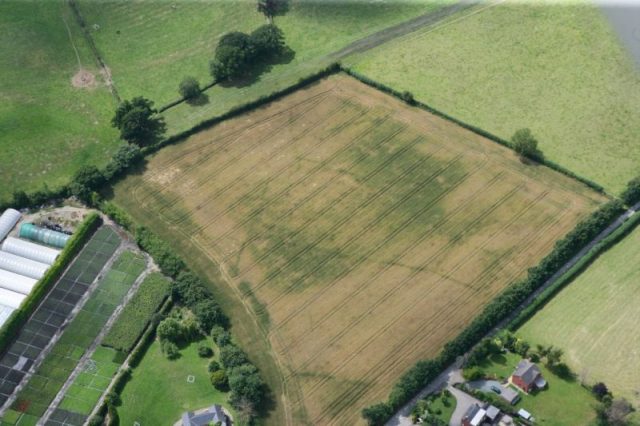 “We have found a Roman fortlet which will allow us to learn more about where the garrisons were and how the Roman conquest progressed. We have found an early medieval cemetery from maybe the eighth or ninth century, with the potential to tell us more about the period that used to be called the Dark Ages.” 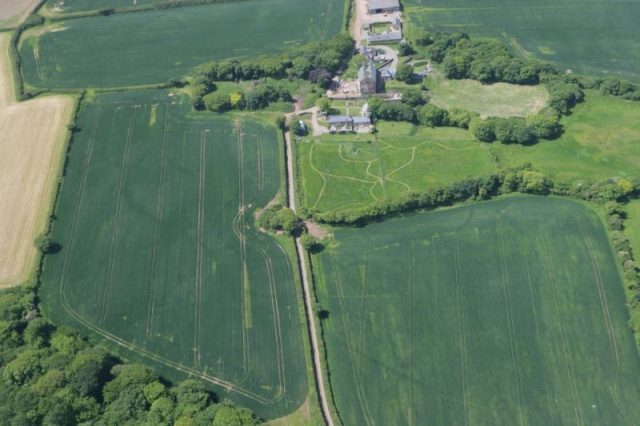 Cropmarks east of Butterhill Farm. Photo by Royal Commission on the Ancient and Historical Monuments of Wales (RCAHMW)

But the goods aren’t only being delivered by airborne experts. One of the most remarkable things about the crop marks is the way they’ve inspired members of the public to get involved in the search.

Finds are being announced on social media, as smartphones put power in the hands of amateur history hunters. A Bronze Age barrow was photographed in a local park, and a primary school brought history lessons to life by spotting the outlines of former air raid shelters on their playing field. 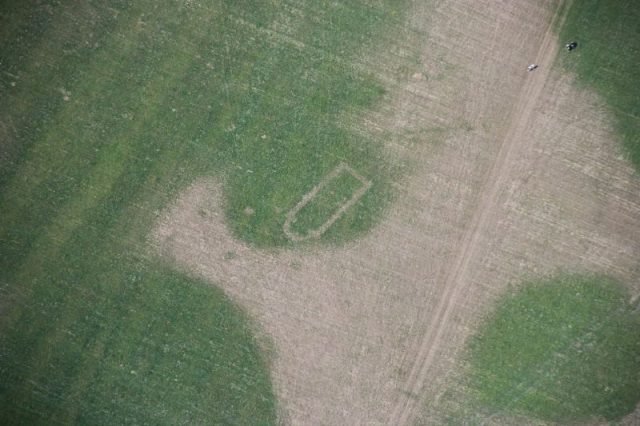 An article for Wired mentions the scorched earth as being “Like nature’s own Etch A Sketch.” In an interview for the site, Louise Barker chimes in on the artistic interpretation:

“It’s like a painting that comes out into the fieldscapes. We’re seeing new things with all of these cropmarks – we probably haven’t seen anything like this since the 1970s, the last time there was a really, really dry summer like this.” 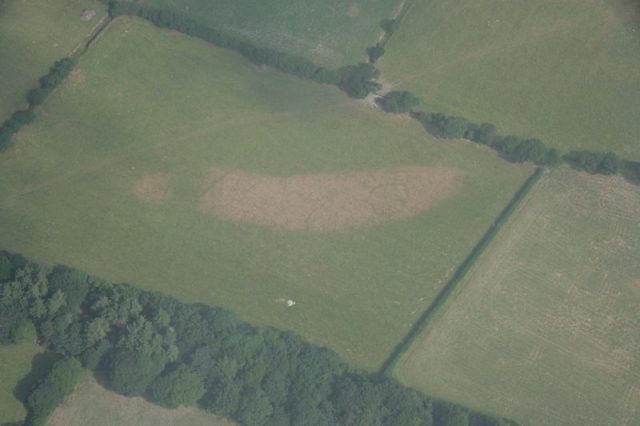 Photograph of the south-western area of the Bryn-Crug Cropmark Complex. Photo by Royal Commission on the Ancient and Historical Monuments of Wales (RCAHMW)

It’s hoped this rush of new information will tell us more about our ancient past. While organizations like the RCAHMW are enjoying the bonus the heavens have provided, they’re also aware the clock is ticking. Time waits for no man, something an archaeologist appreciates more than most.

Read another story from us: There’s gold in them thar jeans: The truth behind the tale of a Chinese laundryman who got rich during the Gold Rush washing miners’ clothes

A hurricane across the Atlantic threatens a downpour on British shores. Whether it happens or not, rain is inevitable. It takes a lot of heat to beat down grass, so the first chance it gets it will be quenching its thirst and sprouting back up. When that happens it’ll be curtains for crop marks until the next dry spell.

« The Order of the Pug – Secret Society whose Members Wore Dog Collars
Thomas Jefferson: Emancipator or Enslaver of Men? »