Enjoying a laugh is thought to be as good as any tonic. Many’s the time a joke has saved someone from a bad day, or worse. Yet the expression “too much of a good thing” applies to laughter as with anything else.

The Ancient Greek philosopher Chrysippus is a case in point. A towering figure in the field of Stoicism, he lived from c. 280 – 207 BC. Stoicism came from the teachings of Socrates and Heraclitus.

It was described in the Encyclopaedia Britannica as, “one of the loftiest and most sublime philosophies in the record of Western civilization. In urging participation in human affairs, Stoics have always believed that the goal of all inquiry is to provide a mode of conduct characterized by tranquillity of mind and certainty of moral worth.” 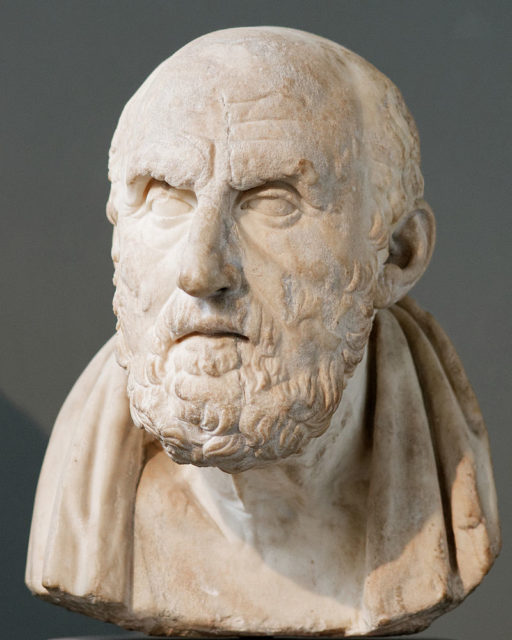 Roman copy of a Hellenistic bust of Chrysippus.

In other words, Chrysippus valued the pure qualities of the mind over base pleasures, believing Man should instead use his brain in tandem with nature. How ironic then that his demise involved alcohol beverages and an innocent donkey.

The death took place at the 143rd Olympiad where the drink was flowing and surely even the most stoic thinker was kicking off their sandals and having a good time. Two accounts exist of what transpired, with the first depicting Chrysippus as overcome by strong wine. 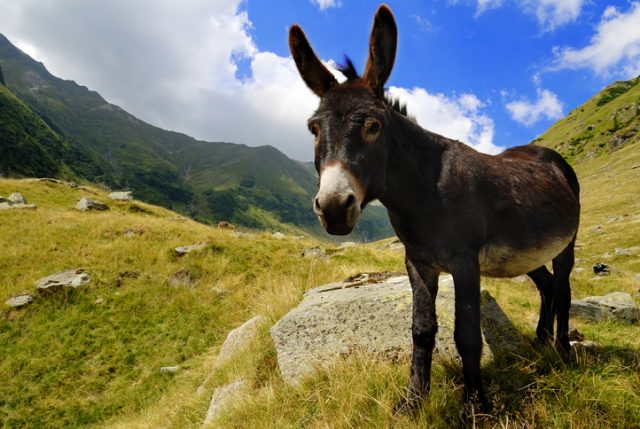 “Now give the donkey a drink of pure wine to wash down the figs” cried Chrysippus and died in a fit of laughter.

The second version is more colorful. Having watched a donkey chomping on figs, an idea occurred to Chrysippus that was far from philosophical. He boisterously suggested giving the creature some wine with its meal. It wasn’t comedy of the highest order but it worked for him. He laughed so much he expired.

So a life distinguished by concepts such as propositional logic had ended in a decidedly un-Stoic fashion. Despite this, the death may have made sense to Chrysippus. He was a great believer in fate and the role it played in someone’s destiny. 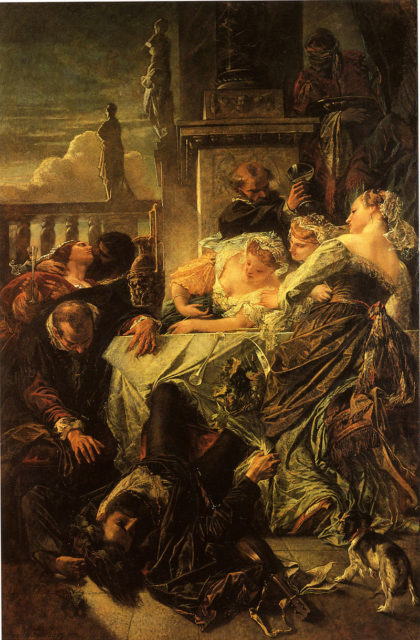 “The Death of Pietro Aretino,” by Anselm Feuerbach. Aretino was an Italian poet who reportedly died from laughter.

A quote from De Fato by Cicero, meaning “On Fate,” sums up his thinking: “(But) every proposition is either true or false. Therefore, there is no motion without a cause. And if this is so, then all effects owe their existence to prior causes. And if this is so, all things happen by fate. It follows therefore that whatever happens, happens by fate.”

Perhaps the wine and the donkey were there for a reason. Certainly, an unusual philosophical idea but the Ancient Greeks didn’t shy away from difficult questions.

Another question that would occur to Chrysippus is ‘Can someone die laughing?’ While he died in the midst of mirth, was an underlying condition the real culprit? There are examples throughout history, both ancient and modern, of people keeling over during a fit of laughter.

The answer could lie in the death of someone who was watching one of the world’s best-loved comedies. Gizmodo reports, “The most direct death by laughter reported is supposedly audiologist Ole Bentzen who, while watching A Fish Called Wanda, laughed uncontrollably. His heartbeat rose to ‘between 250-500 times per minute’ until he died.” 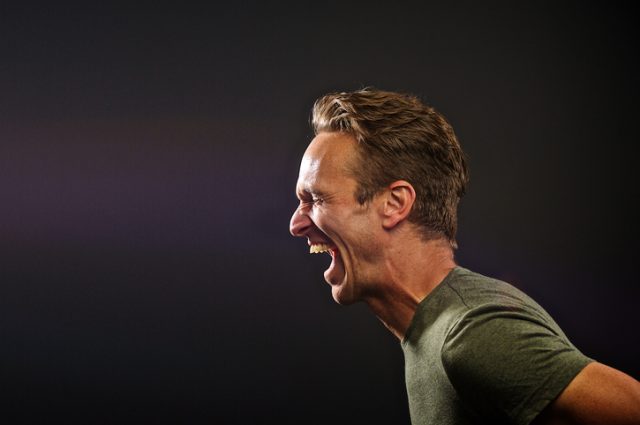 “Gelastic syncope” (or laughter-induced fainting) is a rare but medically recognized condition.

John Cleese’s expertly-crafted script aside, the experience put pressure on Ole Bentzen’s heart in the same way a long run or stressful situation might. The list of factors that contribute to heart failure are wide-ranging.

An NBC news article from 2011 interviewed Professor of Neurology Dr. Martin Samuels, who provided some insight into possible death by laughter. 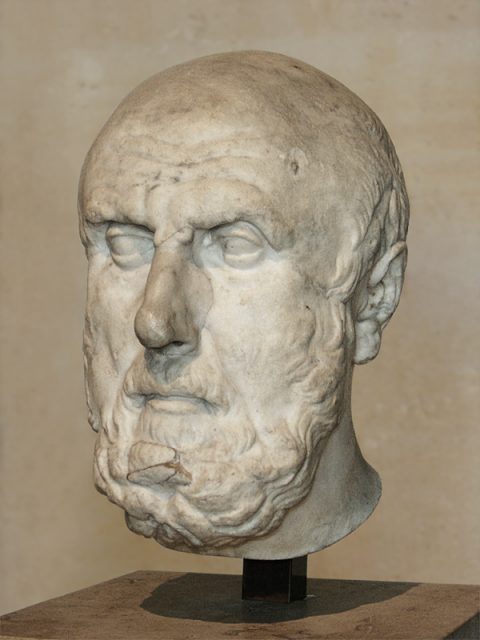 A partial marble bust of Chrysippus – Roman copy of a Hellenistic original (Louvre Museum). Photo by Sting CC By SA 2.5

“Extreme excitement, whether that be sadness or happiness activates the part of the brain that’s responsible for the flight or fight response to threats in the wild… This releases a natural chemical — adrenaline — which in large animals can be toxic to various organs, in particular, the heart.”

The article goes on to say, “As a result, extremely strong emotional states — whether positive or negative — can be harmful to the heart, on rare occasions causing an abnormal rhythm which can be lethal.”

So it seems the gift of laughter is actually not such a gift after all. It’s a puzzler that philosophers and comedians will no doubt be thinking about for years to come.

« Marilyn Monroe: the Bookworm who Fantasized about Sleeping with Albert Einstein
Han Solo’s Jacket from ‘Empire Strikes Back’ could bring in more than $1 Million »