In December 1969, just four months after Woodstock, the Rolling Stones announced a free concert in San Francisco, following criticism by journalists and fans that the price of tickets on their ongoing American tour was too high.

Little did they know that the following concert would mark the end of the Summer of Love era with a violent twist.

As soon as talks of the free concert arose, predictions of hundreds of thousands of potential attendees started worrying the organizers. After two venues decided to pull out of the deal of hosting the concert, the band and its entire crew were forced to book the Altamont Speedway ― a motorsports race track located in a town called Tracy, in the San Francisco Bay Area. 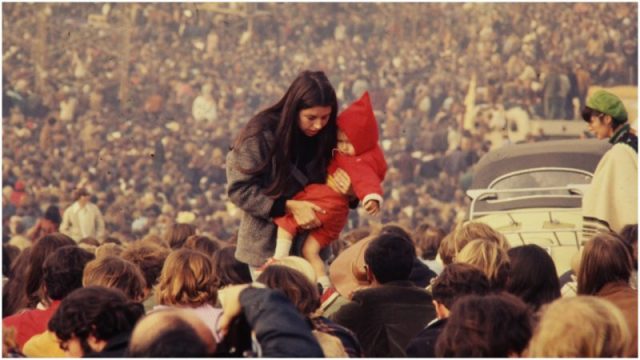 A woman carries a child through the audience at the Altamont Speedway prior to the free concert headlined by the Rolling Stones. Photo by William L. Rukeyser/Getty Images

The concert was scheduled for December 6th and besides Rolling Stones, it included popular acts such as Santana, The Grateful Dead, Jefferson Airplane, and Cosby, Stills, and Nash.

Around 5,000 people arrived the day before and set up camp, waiting for what was deemed to be the Woodstock of the West Coast both by its size and its significance.

Due to prior experience with the notorious motorcycle gang the Hell’s Angels, management of the Rolling Stones decided to employ its members as security for the concert. The bikers were paid $500 dollars worth of beer and were given unclear instructions on exactly how to act in security-threatening situations. 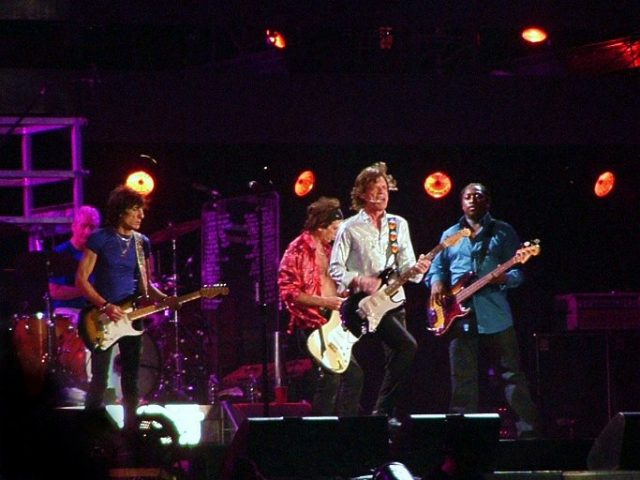 To make matters worse, the stage at the Altamont Speedway was unusually low and was at the bottom of a slope, meaning that high front-of-stage security was necessary in order to avoid the crowd rushing on the stage.

As approximately 300,000 people made the pilgrimage to attend the last concert of the Rolling Stones American tour of 1969, the situation soon spiraled out of control. An abundance of alcohol and drugs, mixed with an unfriendly atmosphere coming from the Hell’s Angels, caused clashes which sparked even more violence. 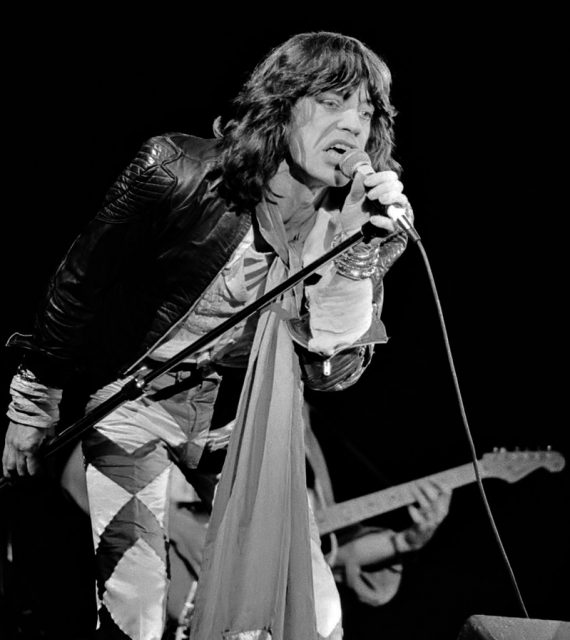 During the concert, Meredith Hunter, a fan who was roughly pushed off by the guards when he tried to climb onto the stage, pulled out a gun in an irate move which cost him his life. Hunter was immediately tackled, beaten, and stabbed to death by Hell’s Angels member and security guard, Alan Passaro.

Apart from other mishaps, injuries, and property damage, this became the central incident that sparked a great public debate and subsequently led to the dissolution of the hippie counter-culture which had by then reached its peak. 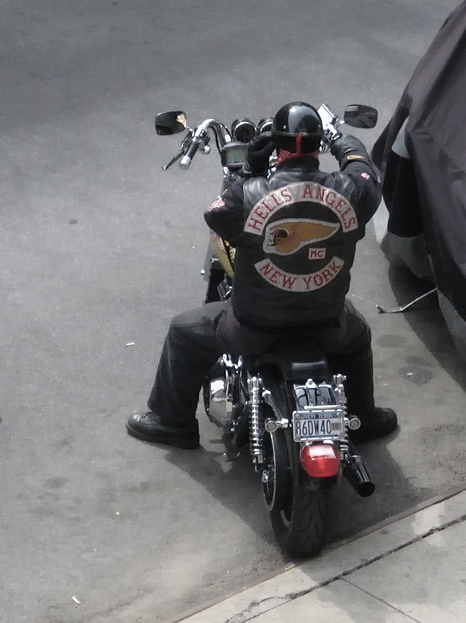 After the dust settled, all of America was looking for an explanation. Meanwhile, Rolling Stone’s lead singer, Mick Jagger, publicly denounced the actions of the Hell’s Angels and promised to never hire them or have anything to do with them again.

This sparked outrage among the biker gang members who felt that they were being used as scapegoats. Symbolically speaking, Jagger became the target of various critics after Altamont, as he and his band were partly blamed for the violence, but in the eyes of the Hell’s Angels, he became a target of retribution.

In the meantime, a documentary film titled Gimme Shelter was released as a chronicle of the events at Altamont. The Hell’s Angels considered that the film portrayed them in an extremely negative light, and became even more infuriated. 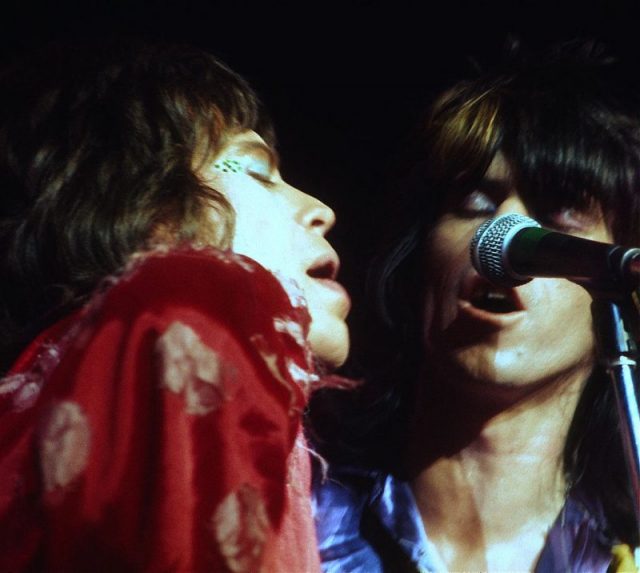 In 2008, former FBI agent Mark Young came up with evidence that the Angels weren’t exactly ready to let the whole thing pass.

Apparently, they didn’t take lightly that Jagger disowned them, so they devised a plot to murder the singer in his Long Island residence in New York. A group of men packed with guns and ammo was ready to lay siege to Jagger’s mansion, using a boat as their means of transport. 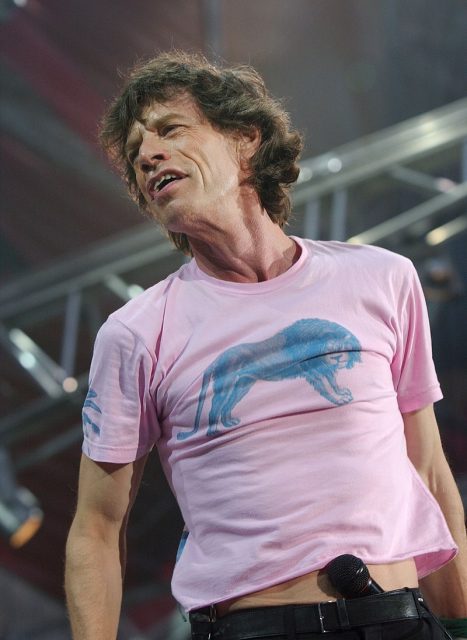 However, the attempt on Jagger’s life went under the radar in 1970, as it was foiled by a storm which almost caused the Hell’s Angel’s boat to sink. Luckily, their pirate raid had to be called off, as they were more worried about saving their own lives than claiming Jaggers.

For more than 40 years the assassination attempt remained completely unknown but was discovered by the FBI as part of a much wider investigation regarding the biker gang and their criminal activities.

When the story of the plot surfaced in the form of a BBC TV documentary, FBI at 100, Jagger and his representatives refused to comment.