Cold War Double Agent? The Case of the Famous U-2 Spy Plane Shot Down in the USSR

One of the biggest incidents of the Cold War and the one which sparked much debate within American society at the time was the downing of the U2 spy plane in May 1960, and the subsequent capture of its pilot, Gary Powers, by Soviet intelligence officers.

Prior to his capture Powers took off from an American army airport in Pakistan in the state-of-the-art reconnaissance aircraft, capable of flying at an altitude of up to 70,000 feet. At the time it was believed that the altitude should provide cover from detection.

Also, the height alone was supposed to protect Powers from enemy interceptors as well as anti-aircraft weaponry within the Soviet arsenal. 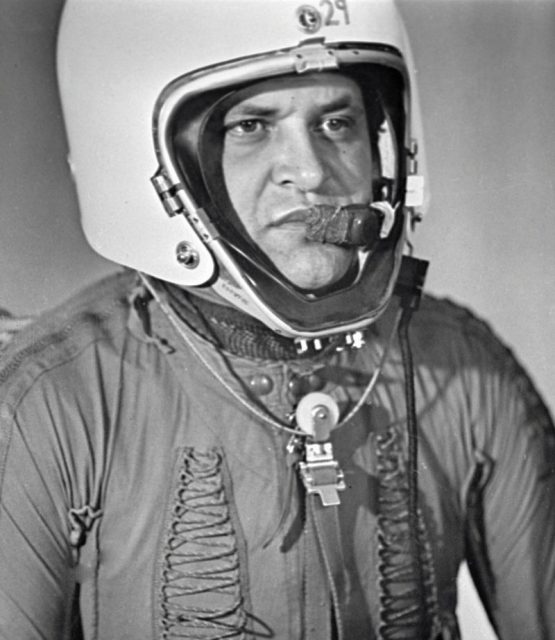 However, the predictions proved to be wrong. While flying somewhere above the city of Sverdlovsk in today’s Ukraine, his mission was violently interrupted by what appeared to be a direct hit from a surface-to-air missile.

Decades after the incident, Powers’ son, Gary Junior, told the BBC in an interview regarding his father’s ordeal after being shot:

“He thinks about ejecting – that’s the first thing pilots are trained to do – get out of a plane that’s been damaged or crippled. But he realizes that if he does eject he will sever his legs on the way out. The U-2 cockpit is very small, very tight, very compact. To eject you have to be in the perfect position to clear the airframe.”

A Soviet photograph of Powers while he was in custody. Photo by RIA Novosti archive / Chernov CC-BY-SA 3.0

According to Gary Junior, his father was overwhelmed by fear. The plane was hit and was losing altitude. After coming to his senses amidst a panic attack, he figured out an alternative escape route.

As a trained pilot, Powers was instructed to manually remove the canopy and climb outside before jumping with a parachute. Luckily for him, this risky maneuver worked. As his parachute opened, he turned to destroy the maps he had on him and removed a cyanide pill concealed in a silver dollar.

His logic was that the dollar might be taken from him as a trophy if captured. Powers hid the cyanide pill in his pocket, praying to God he wouldn’t be forced to use it. 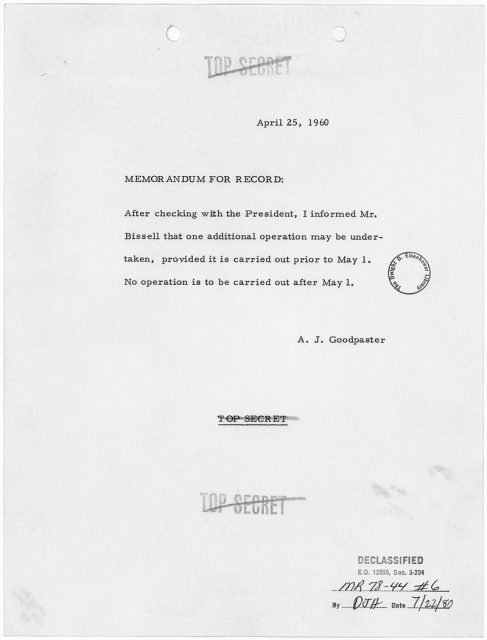 Authorization for one additional U-2 operation prior to May 1, 1960.

Powers couldn’t be more right. As he landed, the American pilot was welcomed by a patrol of Soviet soldiers and was soon transported to the KGB headquarters.

News broke of his capture and the American government did the best it could to deny the existence of a spy mission above the U.S.S.R. They fabricated a story that the U-2 was a NASA weather research aircraft which accidentally went off course, counting on the fact that the pilot must have died during the crash.

However, it was in vain. The remains of the aircraft were already discovered by Soviet authorities, together with aerial photographs depicting military facilities. There was no doubt about it ― this was a spy plane and its pilot, Gary Powers ― he was a CIA agent. 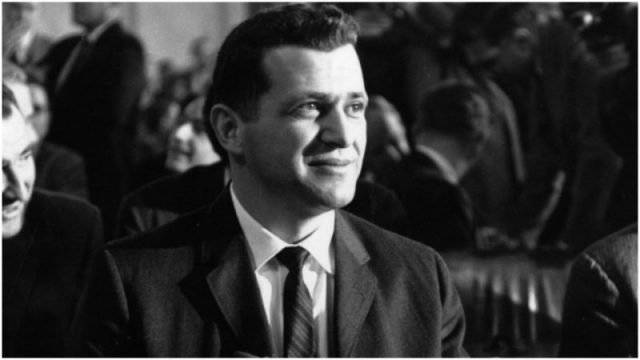 To make matters worse this incident occurred just weeks before President Eisenhower’s scheduled visit to Moscow, which was aimed to relieve the tensions between the rivaling superpowers. Eisenhower’s invitation was revoked, and tensions grew worse than ever.

Powers was put on trial and sentenced to 10 years. The sentence included three years in confinement and another seven in a labor camp.

During the trial, however, Powers gained the sympathy of the Soviet public. BBC correspondent Ian McDougall, who reported on the trial in late 1960, made a remark about how this unfortunate pilot was perceived among his captors. McDougall stated that before the trial Powers had an aura of spy and traitor, as he agreed to cooperate with the KGB after his arrest. 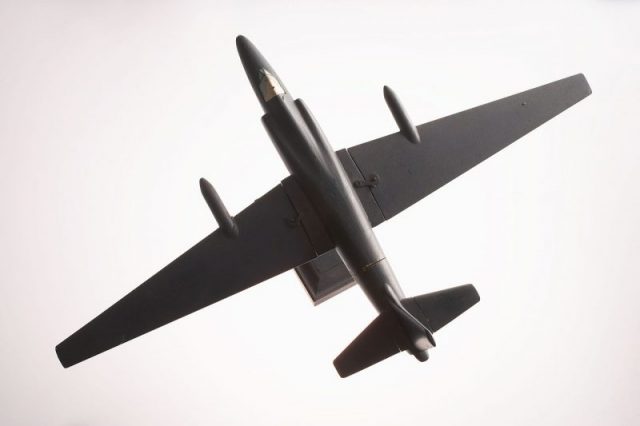 This is one of two U-2 models crafted for Powers. CIA model makers made this for his March 1962 Senate Armed Services Committee testimony about the downing of his aircraft. The wings and tail are detachable to show the aircraft’s breakup after the shootdown.

However, as the trial progressed, both the judges and the public came to realize that “he really was quite clearly only a tool and he should get off and that he was really not a bad chap at all.”

After two years in Vladimir Central Prison, some 100 miles east of Moscow, Powers’ luck had suddenly changed. A deal was struck to release him as part of an exchange of prisoners with the U.S. In return, the Americans were willing to trade a high-profile Soviet spy called Vilyam Fisher, also known as Rudolf Abel. 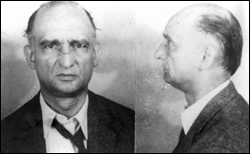 Upon his return to the United States, Powers was shocked to find that the press had more or less deemed him a traitor and a defector. Articles were written doubting his loyalty to his home country because he failed to arrange a self-destruct sequence of the U-2. Powers was even blamed for letting himself fall into enemy hands, instead of swallowing a cyanide pill before capture.

What apparently irritated both the press and the public the most was the willingness to cooperate with Soviet lawyers and judges, as well as the sympathies he received. 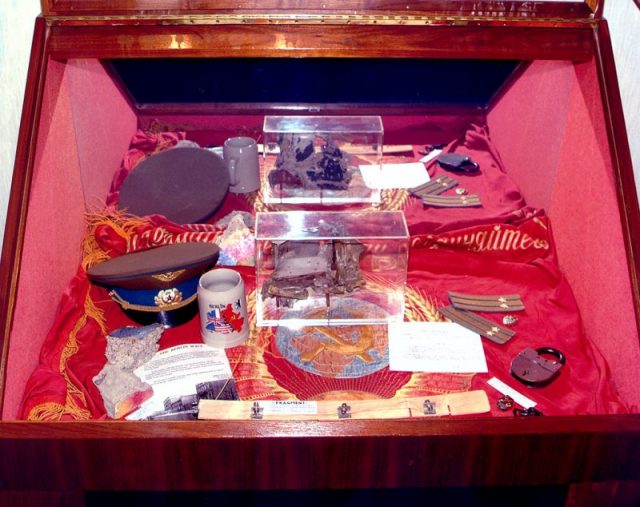 The press had clearly gone over the line. As it was later confirmed, Gary Powers was never instructed to withhold information at the cost of torture. The same applied to the cyanide pill ― it was to be consumed only to relieve a captive from his misery under physical torture. 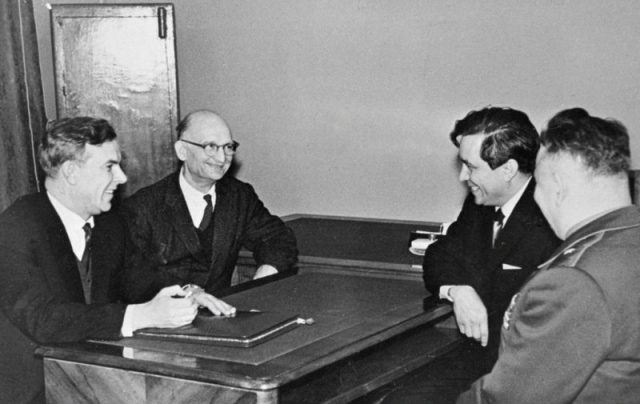 In the words of Ian McDougall, the BBC correspondent who followed Powers’ case closely:

“Granted he bungled his job. Granted he wasn’t very brave, granted he clearly followed closely the suggestions of his Russian defense counsel. He remained for all that, a convincing and genuine person caught between forces far too big for him.” 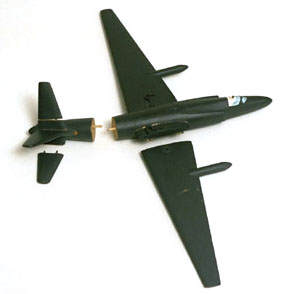 Wooden U-2 model – one of two used by Powers when he testified to the Senate Committee. The wings and tail are detached to demonstrate the aircraft’s breakup upon impact.

The Senate, however, refused to succumb to this sort of witch hunt. In the same year Gary Powers was released, he was given a chance to publicly exonerate himself during a committee hearing.

Read another story from us: Soviet Nuclear Spy – Klaus Fuchs

He was cleared of all accusations and received $50,000 in back pay to cover the period he spent in captivity. The pilot cleared his name, but the stigma followed him for the rest of his life. After publishing a book on his ordeal in 1970, he was fired from a job as a test pilot at Lockheed, allegedly for portraying the CIA in a bad light.

For the remaining part of his life, Gary Powers worked as a TV helicopter pilot. He died in 1977, when his helicopter crashed after running out of fuel during the coverage of wildfires in Santa Barbara County.

« “Hobbit” Island: Where Humans and Animals Shrink
James Dean Got a Speeding Ticket 2 Hours Before his Fatal Crash »