On the Indonesian island of Flores live a “Pygmy” people, whose average height is 4 foot 9 inches tall with normal human proportion. They’ve been there for centuries.

In 2003, researchers exploring a mountain cave discovered ancient fossils of a tiny, human-like being with a chimp-sized brain that was the size of an “average American kindergartner.” It was logical to assume that today’s population is descended from the beings dubbed “Hobbits.”

However, scientists have recently discovered, to their surprise, no DNA connection exists between the two groups that lived tens of thousands of years apart. “A modern pygmy population living on an Indonesian island near a cave with Homo floresiensis (‘hobbit’) fossils appears to have evolved short stature independently,” according to the report released in August 2018 by Princeton University. 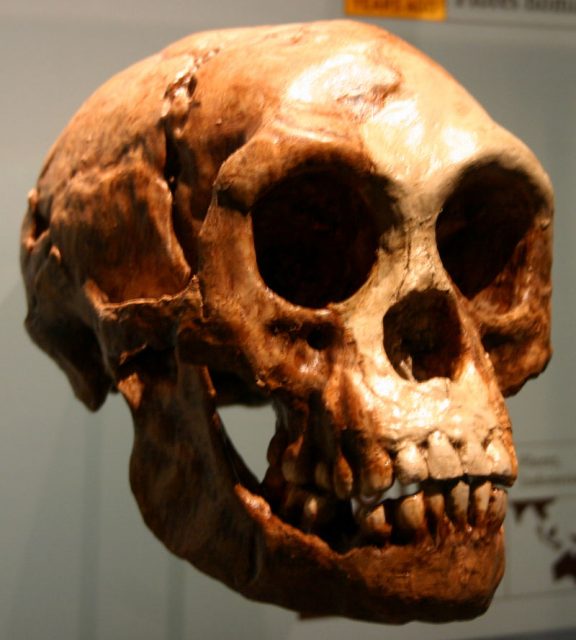 The extinct Hobbit group “definitely have a lot of Neanderthal,” said Princeton’s Dr. Serena Tucci, who was the first author on a paper published Aug. 3 in the journal Science that detailed their findings. “They have a little bit of Denisovan. We expected that, because we knew there was some migration that went from Oceania to Flores, so there was some shared ancestry of these populations.”

Scientists have discovered a separate branch of hominins, known as the Denisovans. It’s believed that Denisovans and humans interbred. People in East Asia, Australia, and the South Pacific still carry a bit of Denisovan DNA. 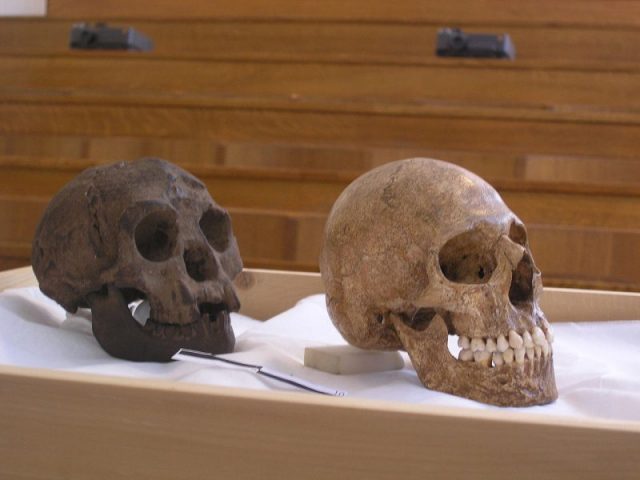 Cast of Homo floresiensis LB1 (left) compared to a microcephalic skull. Photo by Avandergeer from English Wikipedia CC BY 3.0

Still, why are the beings so small on Flores? No one is sure. Moreover, it gets stranger. Some animals are smaller on Flores than in other places.

The New York Times reported: “The study shows that at least twice in ancient history, humans and their relatives (known as hominins) arrived on Flores and then grew shorter. And not just humans: Other research has shown that elephants also arrived on Flores twice, and both times the species evolved into dwarves. So what mysterious power does this island have to shrink the body?” 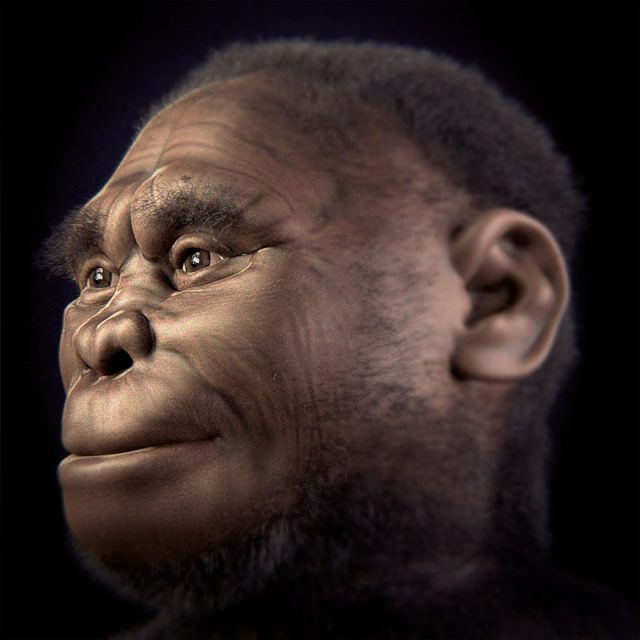 Reconstruction of female Homo floresiensis based on LB-1. Photo by Cicero Moraes CC BY 4.0

The dwarf elephants on Flores, which are now extinct, only reached as high as the shoulder of a human. But after evaluating related species found elsewhere in Southeast Asia, their ancestors reached full size.

“Flores is a magical place where things go and get small,” geneticist Prof Joshua Akey at Princeton University told the BBC.

It might have something to do with the diet on the island.

Dr Tucci added: “In geographically diverse and environmentally extreme regions, a gene called FADS seems to act like a ‘toggle-switch’ in helping animals switch to between largely animal or plant-based diets.” 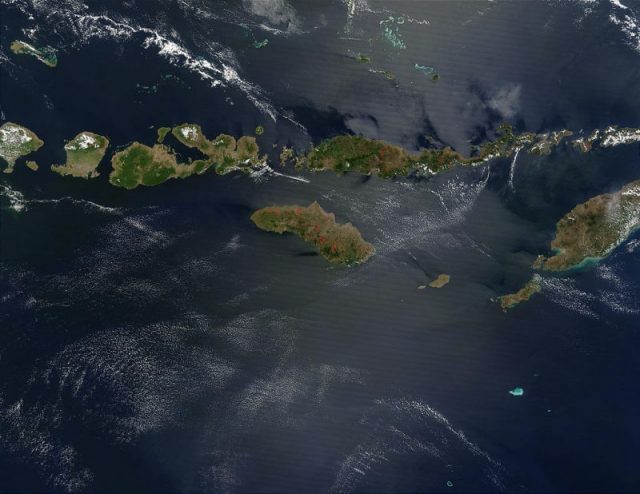 The Lesser Sunda Islands with Flores in the upper right.

Similar “shrinking” changes have been found in Bronze age humans who had to live on plant-based diets from farming vegetables and grains. These FADS genes “have been associated with dietary adaptations in other fish-eating populations, including the Inuit in Greenland,” reported Science Daily.

“Dramatic size changes in animals isolated on islands is a common phenomenon, often attributed to limited food resources and freedom from predators. In general, large species tend to get smaller and small species tend to get larger on islands. At the time of H. floresiensis, Flores was home to dwarf elephants, giant Komodo dragons, giant birds and giant rats, all of which left bones in the Liang Bua cave.”

Interestingly, the scientists found key differences in wrists and feet between the Hobbit group and today’s Pygmys, with the theory being that the ancient group had to climb trees in order to escape the giant Komodo dragons. 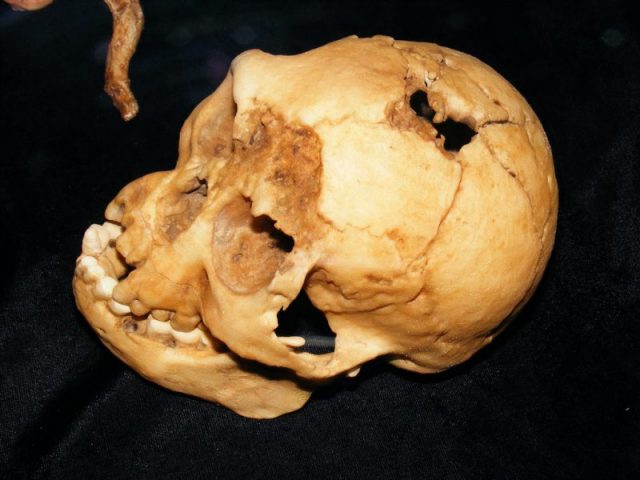 Read another story from us: Pompeii victim: A man’s skeleton found, his skull crushed by a boulder as he tried to flee

But what’s amazing is that a form of isolated dwarfism took place independently at least twice on Flores Island, in H. floresiensis and again in the modern pygmies.

“This is really intriguing because it means that evolutionarily, we are not that special,” said Dr. Tucci. “Humans are like other mammals; we are subject to the same processes.”

« 3.95-Billion-year-old Rocks Show Oldest Evidence of Life on Earth
Cold War Double Agent? The Case of the Famous U-2 Spy Plane Shot Down in the USSR »