Behemoths of the comedy film genre, Stan Laurel and Oliver “Babe” Hardy appeared together on film 107 times . Stan was the thin one, the meek, fallible, childish, butterfingers, as opposed to the leader of the two, the fatty and oh so pompous Oliver. A duo always out and about to get into new mischief.

Other actors didn’t only envy their prolific output, but as well their enduring, precious friendship. Stan Laurel and Oliver Hardy were simply joined at the hip.

When the first of the gang died –  Hardy – the other fell into despair, never wanting to perform again. 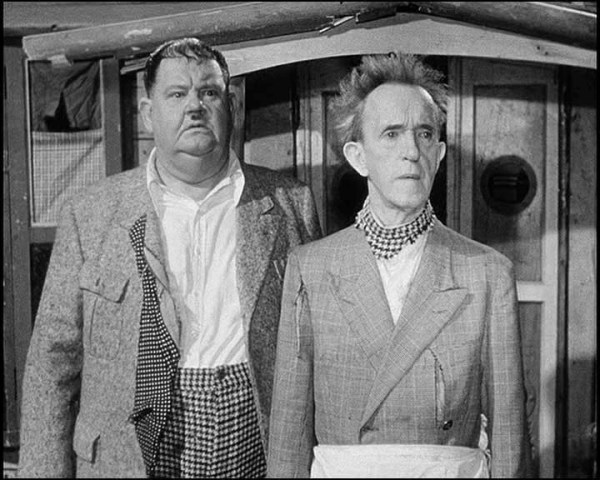 Stan Laurel and Oliver Hardy in their last movie Utopia (1951)

Before they reached such greatness together on screen, the two comedians walked separate paths. They were both in their mid-30s when some of their first big collaborations such as Duck Soup (not to be confused with the 1933 Marx Bros. comedy) and The Battle of the Century were released in 1927.

Stan Laurel was born in a theater-loving family. He came from Ulverston, England, and debuted on stage once he turned 16, in Pickard’s Museum in Glasgow. In the subsequent years, he accompanied Fred Karno’s vaudeville group and traveled the United States several times over. His assignments included imitating Charlie Chaplin, as he was his understudy within this group. 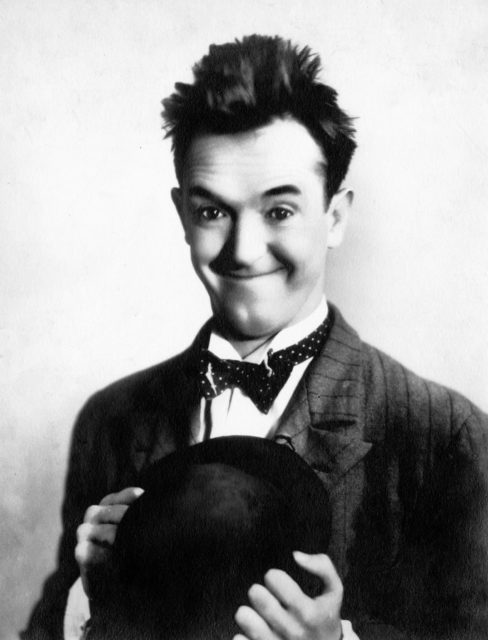 When he decided to stay permanently in the States, Laurel accepted an offer to star in the two-reel, Nuts in May (1918). He worked on a few more pieces until he met the perfect match in Oliver Hardy.

Hardy came from a family who had nothing to do with acting, theater or film. He was from Harlem, Georgia and, though initially studied law, he abandoned that in order to run a movie theater in 1910. There wasn’t a single job he didn’t do in his theater. A one-man show: Hardy managed everything, from selling tickets to cleaning the venue. 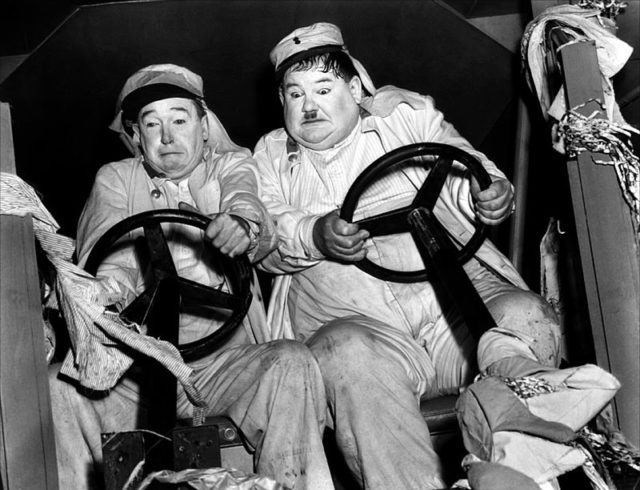 Laurel and Hardy in the 1939 film The Flying Deuces.

He eventually went on to follow his dream of becoming a real actor and nabbed dozens of roles in Florida with the Lubin Company. His roles were defined by the size of his chubby body, therefore he always played either a big clumsy fella or a prominent villain, both of which he fit perfectly.

However, Laurel and Hardy were better remembered for what they did in the latdter part of their career, when the two became thick as thieves on screen, and eventually also in real life. 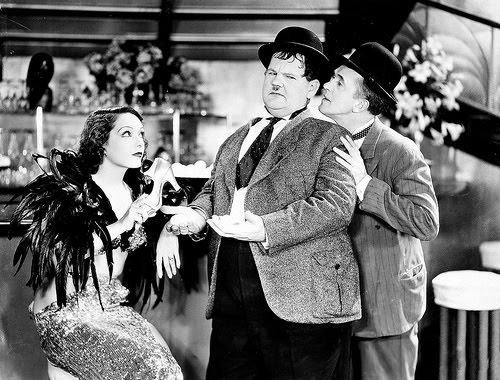 Laurel and Hardy with Lupe Velez at a Hollywood party. (1934)

The first time they showed up together in a motion picture was the silent short The Lucky Dog in 1921. It was one of those early comedies by producer Hal Roach, and Laurel and Hardy were still not a team at this point. Neither were they any sort of friends.

In the film, Stan depicts a young, ultimately broken guy, who finds a friend in one stray dog. Hardy retains his racketeer character as he attempts to rob both Stan and his pet dog. After this first instance, the two would not star in another film for a while. 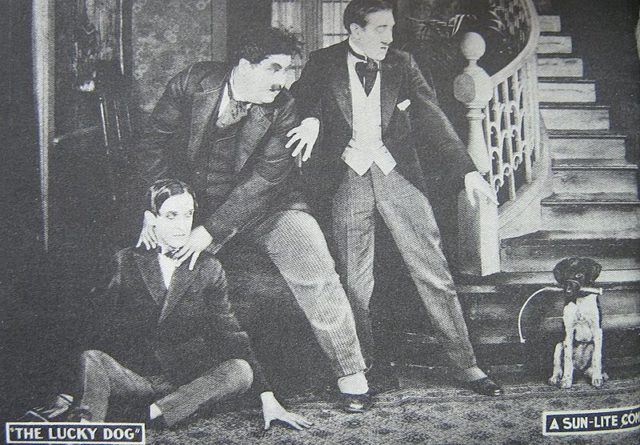 Their next appearance? In 1926, for a piece entitled 45 Minutes from Hollywood. It was a 15 minutes two-reel silent film, produced once again by Roach, and the pair of actors did not share any scenes in it. But their fictional universe was slowly getting built, and it became one of the hottest acts in town at the turn of the decade.

They became an invincible slapstick duo whose popularity was unquestionable. Laurel and Hardy’s naive childish innocence clicked so well with audiences who were regularly left laughing to tears after seeing their films. 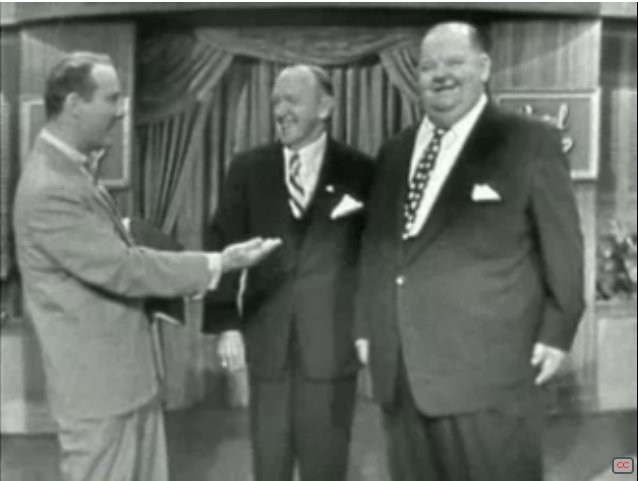 People recognized the fundamental warmth of their characters, perhaps due to the very fact that they were such close friends. Even when they quarreled, a common instance across many of their films, Laurel and Hardy provided a lesson in friendship as they always buried the hatchet at the end.

Usually, it was Hardy who propelled the action forward in their film plots. He would conspire something, such as how to make an extra buck or how to win a girl. Laurel, always the clumsy one, the master of disaster, would repeatedly lead the pair into trouble, which was usually when Hardy uttered his famous line: “Well, here’s another nice mess you’ve gotten me into.”

They also had a signature theme – “Cuckoo”. Reportedly, it cost Hardy $25 to buy the rights for the track from its composer Marvin Hatley. “I thought it was funny,” he would remark later on.

Laurel was perhaps the more hard-working of the two. Besides acting, he took on studio editing responsibilities for the pieces the two did under Hal Roach.

After departing from Roach in 1941, the pair entered a new “era” and went to work with 20th Century Fox. At this point, their popularity started stagnating. They eventually called it quits by the early 1950s, though they continued to tour Britain and the rest of Europe for a while and were always highly acclaimed. 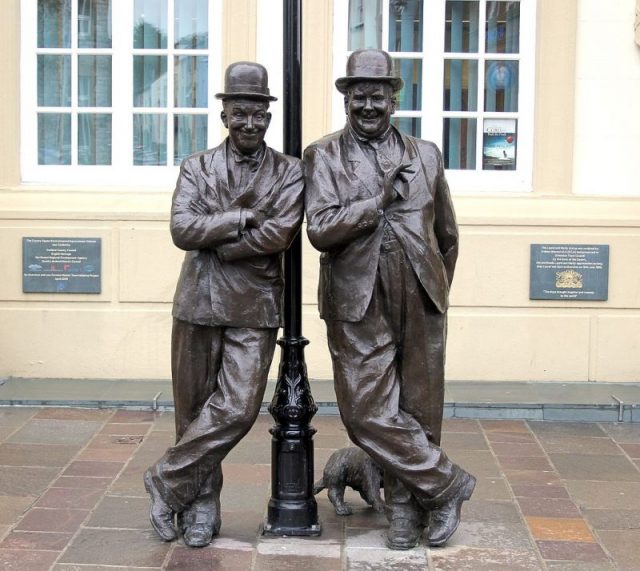 Their beautiful friendship came to an end on August 7, 1957, when Hardy succumbed to a stroke and died. His pal, Laurel, also sick at the time, was devastated to receive the news. He was crushed, and also unable to attend the funeral. He never truly recovered, and never stepped foot on stage or set again. 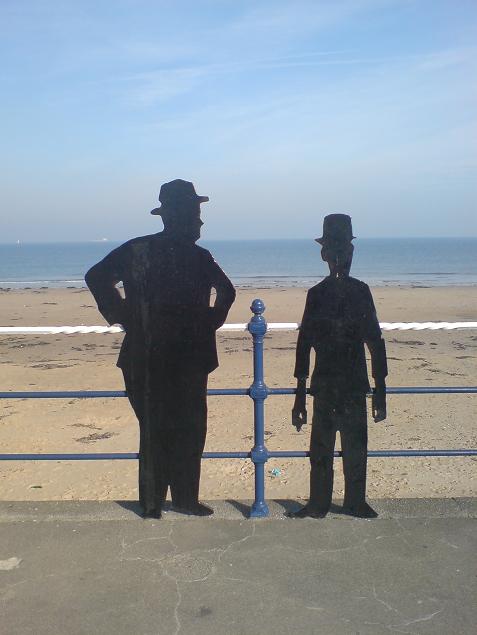 In a letter he addressed to the public after Hardy’s death, he noted: “I feel lost without him after 30 odd years of close friendship & happy association.”

Read another story from us: Grave Snatchers Once Held Charlie Chaplin’s Body for Ransom

Laurel retired in Santa Monica where he died on February 23, 1965. During the last eight years of his life, he selflessly dedicated himself to his fans. He would meet with people and listen to them with zest to what they had to say about Laurel and Hardy. He also exchanged letters with them, and before his eyesight deteriorated, he always typed out a reply to each and every fan separately.

More than half a century has passed since Laurel and Hardy graced the silver screen, but contemporary comedians can still look back at their work to find an inspiring legacy and an inspiring friendship.

« Gone With the Wind: How Olivia de Havilland helped Clark Gable Cry on Screen
The Severed Head of a Martyr now Displayed in an Irish Church »