The “Ugly Duchess” was the product of disease

The portrait known as “The Ugly Duchess” by the Flemish artist Quenten Matsys is one of the most popular paintings in the British National Gallery.

The portrait was painted in 1513 and although the curators from The National Gallery describe it as “A picture probably intended to satirize old women who try inappropriately to recreate their youth,” numerous people have for a very long time wondered what’s the story behind the Duchess’ peculiar physical appearance that undoubtedly is unique in Renaissance painting.

According to The Guardian, the mystery about this artwork was finally solved when it had been discovered that the Duchess’ looks were actually the product of an exceptional form of disease, known as Paget’s disease- a bone deformation caused by a metabolic abnormality that enlarges the bones. 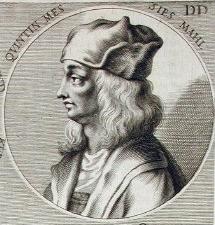 “The disease enlarged her jaw bones, extended her upper lip and pushed up her nose. It also affected her hands, eye sockets, forehead, chin, and collarbones. The lady on the portrait really looked as presented,” reports The Guardian.

The disease was first noted in the 19th century by the surgeon Sir James Paget who was the first to describe it. The painting was investigated by surgery professor Michael Baum who despite being a great admirer of the Duchess, had also professionally approached the portrait after wondering why anyone would bother painting a clearly grotesque image. 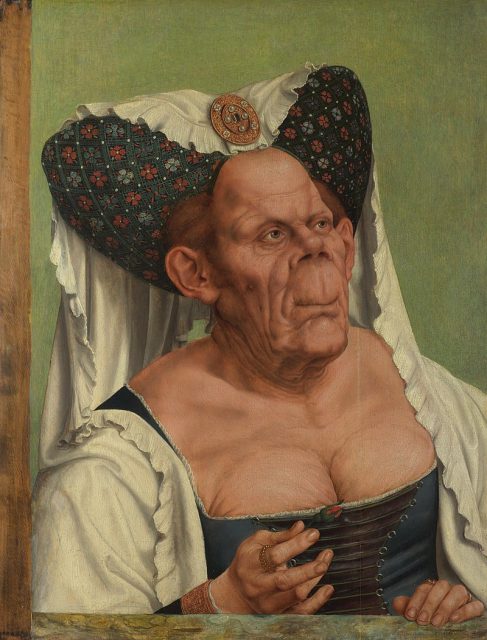 Baum said that the woman was suffering from a very rare form of Paget’s disease and that in the Duchess’ case it probably strongly progressed in her later years. Having said this, it may be assumed that this popular lady was a beauty before being stricken by the utterly unpleasant condition.

The story of the Duchess goes further in that she was probably a real duchess, considering her attire and accessories presented in her portrait as well as the fact that Matsys, the painter, was highly paid for painting it. 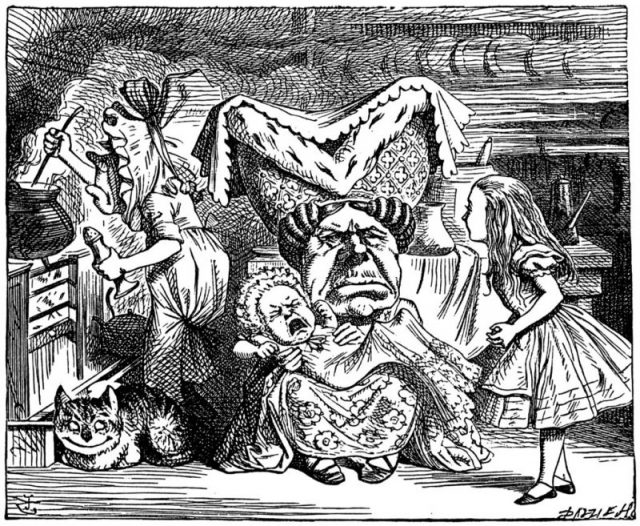 John Tenniel’s illustration of the Duchess from Alice’s Adventures in Wonderland, 1865

The significance of this work is also confirmed by the revealed discovery that the Duchess was the inspiration for the creation of John Tenniel’s Duchess in his illustrations for Lewis Carroll’s “Adventures of Alice in Wonderland.”

Tenniel’s illustrations suggest that the artist didn’t find her to be attractive as he draws her as an ugly lady with an enormous head. As for Alice’s encounter and experience with the Duchess, it is described on the pages of the 9th chapter of Carroll’s book: 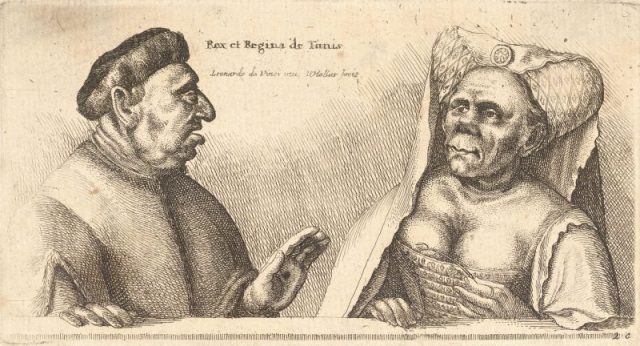 “Alice did not much like keeping so close to her: First, because the Duchess was very ugly…” Another important piece of research about this painting regarded the formerly adopted assumption that Matsys copied DaVinci’s work because, reportedly, his paintings were very similar to DaVinci’s drawing. However, this case was solved as soon as a team of art experts discovered that it was actually Leonardo who copied Matsys. 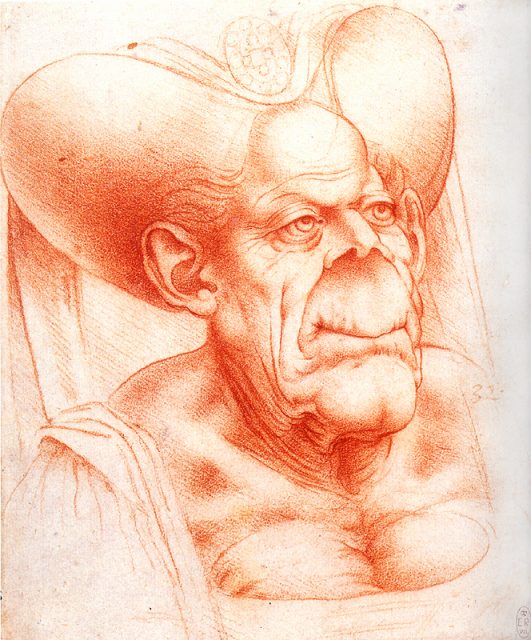 Among the many peculiarities of this painting is its real name which is actually “The Old Woman” dubbed “The Ugly Duchess.” Not many know that this work of Matsys was made as a pair with the painting “The Old Man.” According to the Web Gallery of Art, the latter is an artwork of great historical importance “for it is the first portrait by a Flemish artist to show the sitter in profile, following the Italian model.” 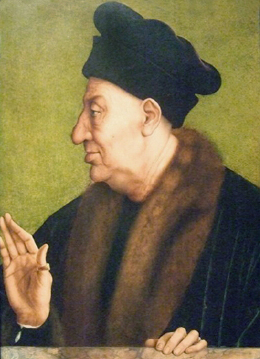 Portrait of an Old Man, the second half of the diptych.

Finally, as Michael Baus has stated, The Duchess is a painting that one either loves or hates. However, no one could deny its intriguing look that attracts museum visitors and provokes curators and art historians to keep on studying the layers under the common description of the artwork as a “painting of an ugly woman.”

In the year 2008, The Duchess was exhibited along with numerous other Renaissance works at the National Gallery. Ironically enough, she was placed among the portraits of great belles such as “La Bella” by Palma Vecchio.

« Dr. Seuss’ boxes of animal bits – The inspiration for many of his creatures
A 2,000-yr-old Record! The Greatest of Olympic Feats and Records »