The marijuana legalization debate goes on within America, with both sides working diligently to achieve their own goals. Prohibitionists try to point to potential harmful effects that the plant can have on both the body and the population, while legalization supporters try to argue for its merits and health benefits.

As both sides go back and forth, many different strategies are utilized to make their points effectively. One method, sometimes used by marijuana supporters, is to bring the Founding Fathers into the debate. After all, many people claim George Washington himself used marijuana and didn’t he also grow hemp? 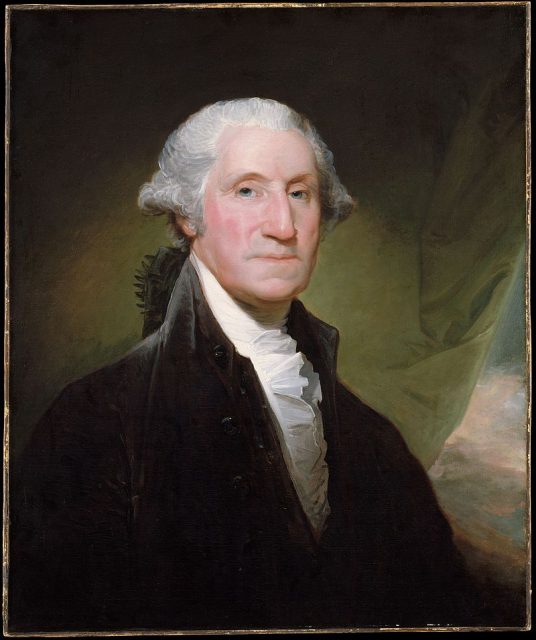 First President of the United States George Washington, one of the Founding Fathers known to have grown hemp prior to prohibition.

According to the Washington Post it is true that George Washington grew hemp in abundance, especially on one plot of land he called Muddy Hole. The Huffington Post goes on to say that in his farm journal of August 7, 1765, Washington notes that he “began to separate the male from the female hemp… rather too late.”  Thomas Jefferson wrote that hemp “is abundantly productive and will grow for ever on the same spot.”  Hemp was a popular plant at that time and had tremendous value for many industrial applications. At times Virginia farmers even had to pay to grow it. Hemp strains were utilized for making rope, creating canvas and even being spun into clothing.

Oil from the seeds was used to create things like paints or varnishes. Overall, the plant was primarily looked at as a cash crop for all of its uses. 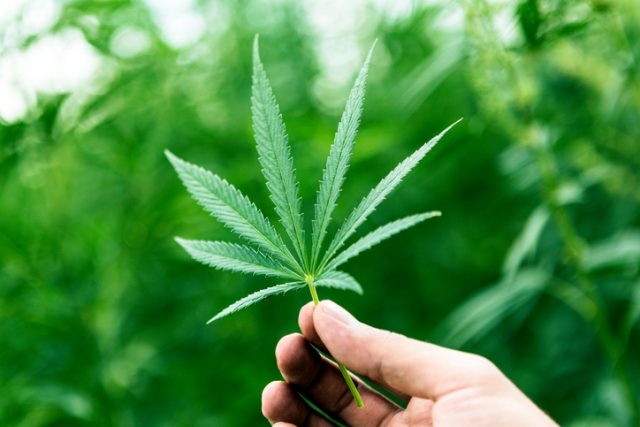 At the time, hemp was invaluable to a naval force. The strength of the rope produced by hemp came in handy aboard ships and as such, it was one of the most important crops that could be grown in a country that had an active navy.

One such country was Britain, which saw the necessity to have significant crops of the planet. Growing hemp would be necessity for colonial Virginia to support the British. This is where the growth of hemp was introduced into colonial America. 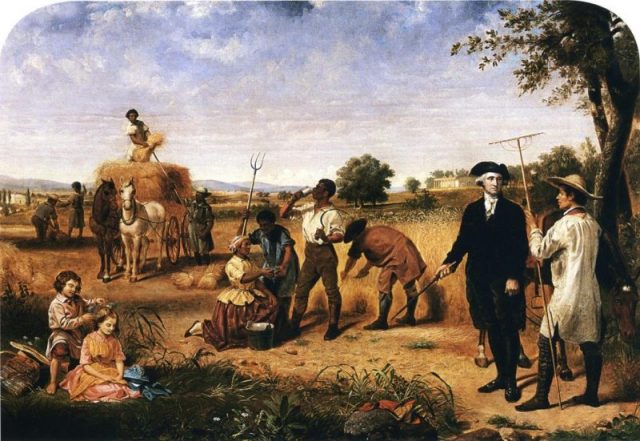 George Washington as a Farmer at Mount Vernon by Junius Brutus Stearns, 1851.

Over the years, hemp would come to be seen as an important part of American production. While they were part of the British colonies, it was seen as necessary to aid the strength of their navy. After the United States gained independence, hemp was still primarily seen as a valuable crop and the government encouraged its growth.

On top of that, the British, still seeing hemp as a necessity for their own naval strength, offered lucrative bounty programs in the hopes of gaining exports from American hemp farmers. 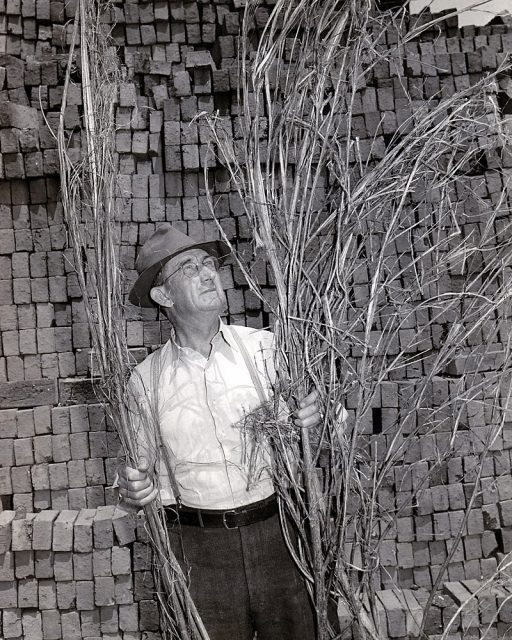 These bounties were what initially interested George Washington in growing hemp as a cash crop. The term cash crop means he was intending to sell the plants harvested instead of using them for his own self.

However, also according to the Washington Post, when doing a cost analysis of deciding which would be the best crop to grow, he realized that wheat would be the most financially rewarding cash crop for Mount Vernon. However, this didn’t mean he wasn’t interested in growing hemp for his estate’s own use. 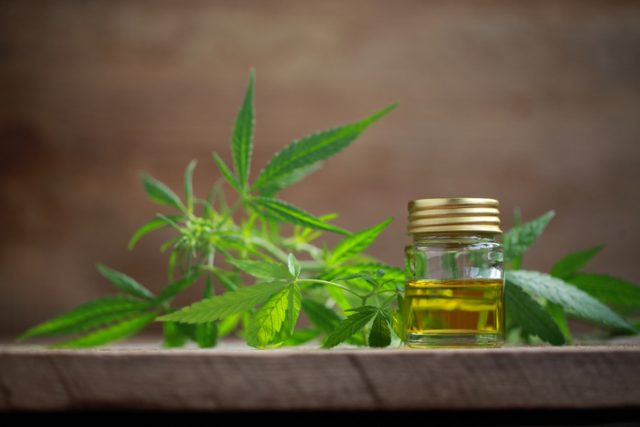 A cannabis leaf and a bottle of hemp oil

Growing hemp for the rope, linen cloth, and sacks would be useful on his property for a variety of tasks. Indeed, he was a proponent of growing hemp so that he would be able to repair the fishing nets that they used on fishing trips to the Potomac. 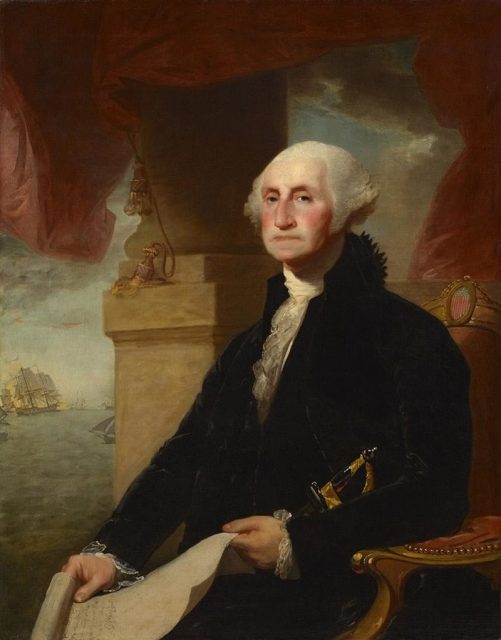 Yet, George Washington was not growing the strain of hemp that we would recognize as marijuana today. The big difference in the strains was the THC content. Tetrahydrocannabinol, or THC, is the component of marijuana that is psychoactive. This is where the “high” of marijuana comes from. 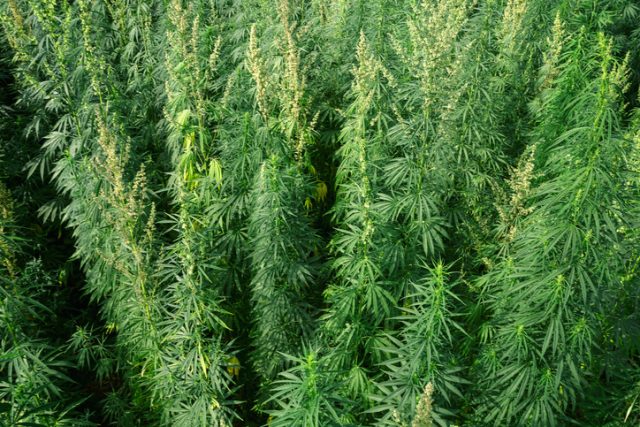 Marijuana is bred to produce increasingly higher amounts of the psychoactive substance THC.

Hemp that was used for industrial purposes barely contained any THC, usually less than 0.3%. The strains of cannabis that produce the euphoric effects are much higher in THC content. Marijuana contains a number of other psychoactive substances, such as CBD. No-one can say for certain which, if any, of these chemicals could have medicinal benefits without scientific research.

Read another story from us: Old presidential cars are destroyed with explosive rounds by the secret service to preserve the car’s secrets

And while strains of hemp were grown for the purpose of smoking, there isn’t much evidence that George Washington intended to use hemp for anything other than the many useful products that could be cultivated from a harvest. There is no direct evidence that he ever engaged in smoking or consuming hemp for recreational or medicinal purposes.