Hot dogs are one of the most iconic American foods. They are staples of ball games, picnics and Fourth of July celebrations.

Among the many brands of American hot dogs that are sold today, Nathan’s Famous hot dogs often stand out as being one of the more successful brands in the country. The secret to their success wasn’t just the secret recipe used to create their hot dogs, but also their clever marketing strategies throughout the years.

In 1916, Nathan Handwerker and his wife, Ida, opened a hot dog stand on Coney Island. Using the secret recipe from Ida’s grandmother, they began selling hot dogs to the public for a nickel a piece. In order to promote the hot dog stand, Nathan tried a bevy of marketing tactics. 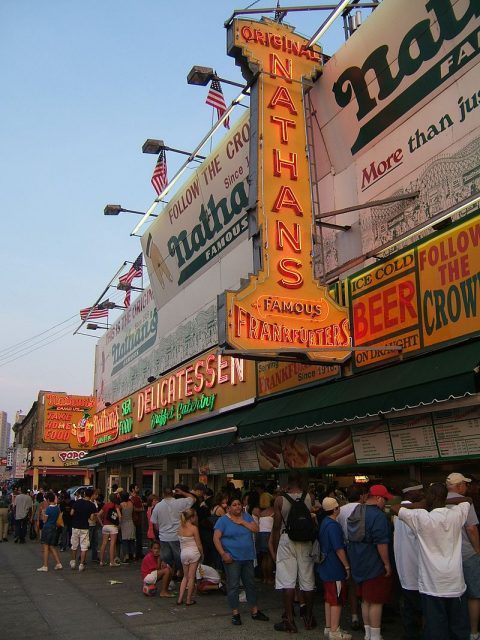 Nathan’s Famous at Coney Island. Photo by Willyumdeilirious CC By 2.5

Those who observed these well dressed, higher class gentlemen enjoying the hot dog quickly concluded that the food must be of good quality. 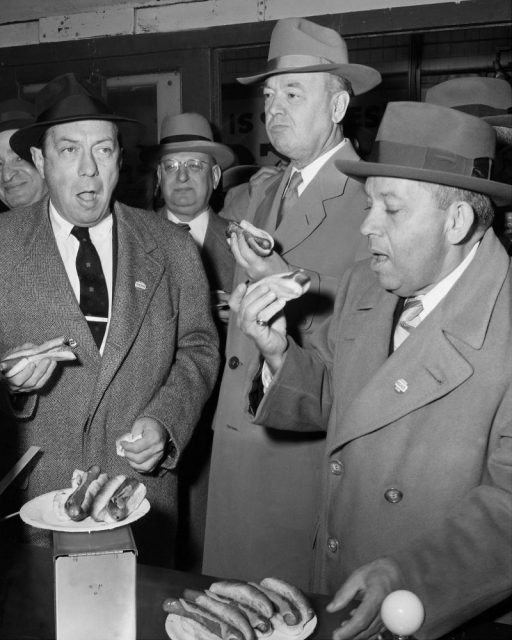 Four hungry men, all in an argument about who was the most patriotic, challenged one another to a hot dog eating contest, hosted by Nathan’s stand. 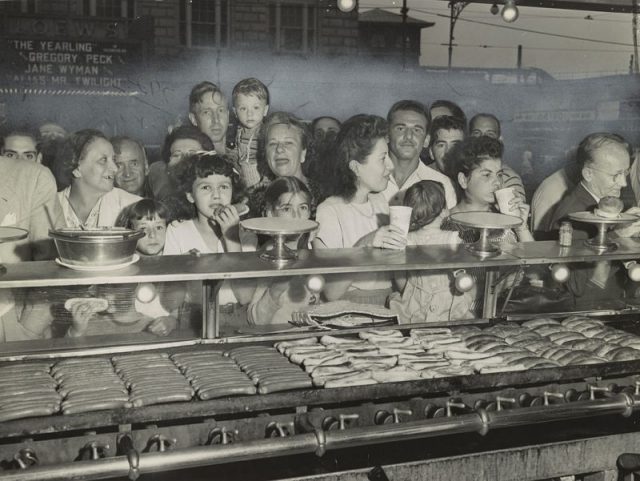 Photograph showing a hungry crowd eating and drinking at Nathan’s food counter with hot dogs and rolls cooking on the grill.

From then on, every year on the Fourth of July, Nathan has hosted a hot dog eating contest. While this is mostly an apocryphal story, the circulated story was meant to generate buzz and interest in hot dogs.

Yet, not all marketing efforts of the Nathan’s stand on Coney Island were well thought out. In 1954, Nathan Handwerker went on a business trip to Miami. His son, Murray Handwerker, would be left in charge of the stand.

As entrepreneurial minded as his father, Murray enjoyed figuring out ways to sell hot dogs to the masses. It was this eagerness to find a marketing gimmick that would cause a strange and embarrassing case for the Nathan’s brand.

A series of panoramic time-lapse views of the famous seaside amusement district at Coney Island. Photo by Metropolitan Transportation Authority of the State of New York CC BY 2.0

A stranger, a huckster of sorts, by the name of Leif Saegaard arrived one day at Murray’s stand. Quite curiously, Mr. Saegaard had acquired an embalmed finback whale and was looking to rent it out as an attraction.

Saegaard proposed to Murray a deal that would make them both money. Nathan’s would pay to rent out the whale carcass and place it on display in a lot next door. The whale’s display would bring in spectators who, upon being so close to a hot dog stand, would purchase something to eat after observing the curiosity. 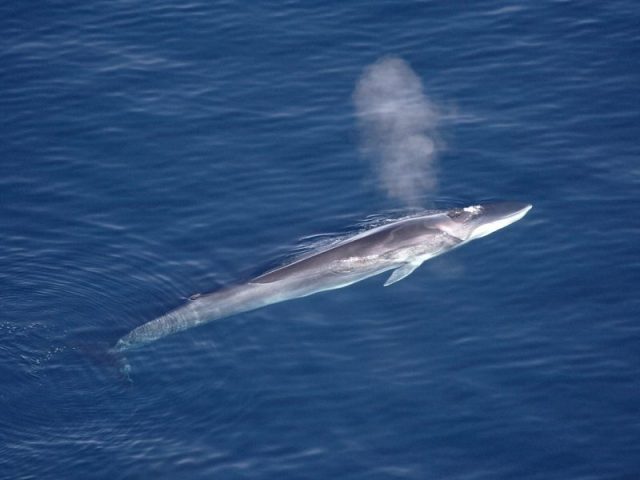 Murray Handwerker saw merits to the plan and agreed to the man’s plan. He paid to have the 75-foot-long, 70-ton whale placed on display in the hopes of generating more foot traffic towards his stand. The plan was ill-conceived due to a few factors, but the biggest one was the fact that there was nothing to protect the whale carcass from the burning heat of the sun.

The first few days of the display went fine, but as soon as a heat wave came across Coney Island, the whale began to break down and rot under the hot sun. Of course, a rotting carcass next to a hot dog stand would have the complete opposite effect of what Murray had been trying to achieve. The wretched stench of whale caused onlookers to quickly take their leave, without buying a hot dog. 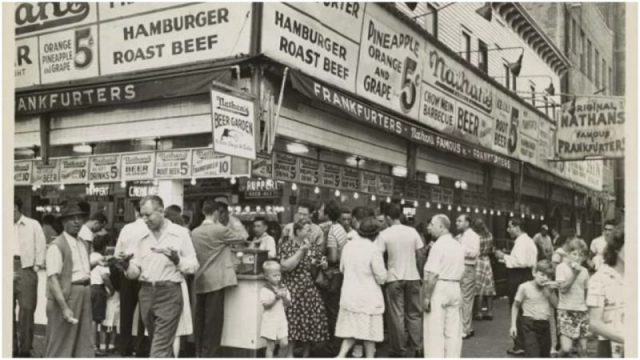 Indeed, for the next few days, people steered clear of Nathan’s Famous Hot Dogs. Complaints were made by other businesses and the health department was about to get involved in the debacle. The whale had to be disposed of and returned to the ocean before Nathan’s could return back to business as usual, which cost even more money to achieve.

Read another story from us: 4th of July Hot Dog contest is “Major League Eating’s Super Bowl” – it all started in 1916

In the end, a furious Nathan Handwerker would return from his trip to scold his son for the marketing ploy. It’s safe to say that they both learned a valuable lesson — never put a whale or other large animal corpse on display next to your hot dog stand.

« The Pope who Exhumed the Body of his Predecessor, Dressed it, and put it on Trial
Money for You, Prayers for Me – The Unspoken ‘Deal’ of Medieval Charity »