Maps are one of the most important things in civilization. Without maps, no one would be able to reach their intended destination safely and quickly. While today, we have an assortment of online mapping tools that use satellites and computer systems to provide accurate, up to date information, it wasn’t nearly as easy in the early days.

Indeed, cartography was a difficult and painstaking maneuver before the modern invention of satellites. Those who were tasked with such an endeavor worked hard to ensure that their maps were as accurate as possible. If a map had flaws, took people to wrong places or had inaccurate geographical information, many different disasters could occur.

People could get lost, expeditions would miss their target and trade routes could even be disrupted. Those who made maps took their jobs seriously. 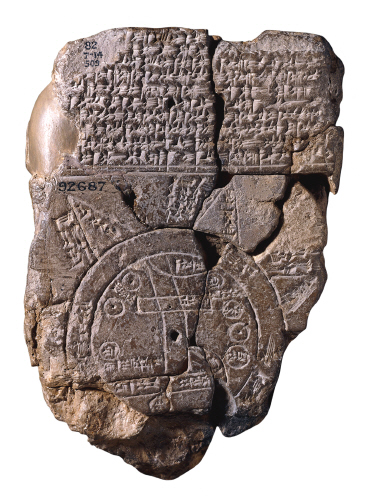 Like all intellectual properties, cartography had a risk of being copied by competitors. A mapmaking company who worked hard to ensure that their work was accurate and error-free might find themselves dealing with a rival company that simply copied their maps and passed them off as their own.

As legal concepts of intellectual property rights evolved, a countermeasure was developed by those who wished to protect their hard work from competitors. They would invent fake streets or towns. The fake streets were often referred to as “trap streets.” 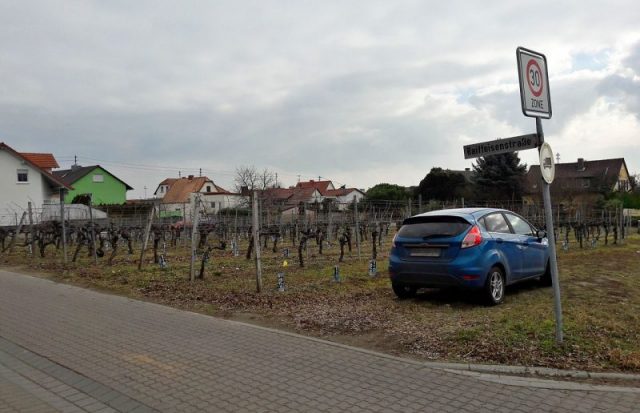 A trap street in Germany. Street named Am Kirschgarten appears on some digital maps and leads directly into a vineyard. Photo by Kreuzschnabel CC BY-SA 3.0

The protection method was simple. The cartographer would insert a town or a street into their map that was nonexistent. The only purpose such a non-landmark would serve was to help the company’s legal case should someone else rip off their design.

After all, if a rival mapmaker released a map that had the same non-existent town or street in their design, it would prove to the courts that plagiarism had taken place. In a time where selling maps was good business, many map companies resorted to this practice. 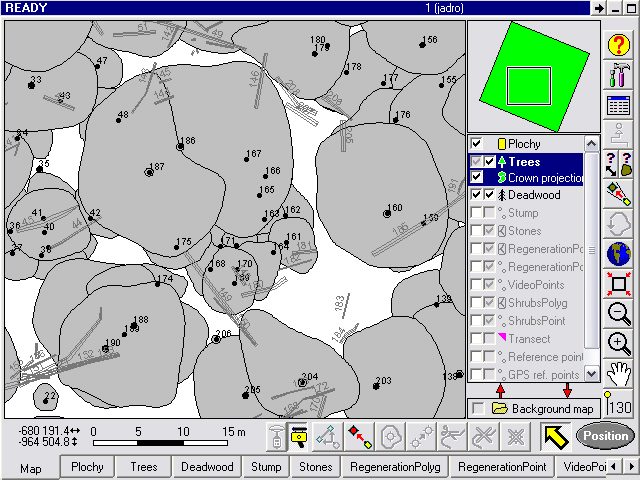 Mapping can be done with GPS and laser rangefinder directly in the field. Image shows mapping of forest structure. Photo by ifer CC BY SA 3.0

In the 1930s, one curious case of cartography infringement arose. The General Drafting Company, a New Jersey-based roadmap company, worked diligently to provide Standard Oil with exclusive road maps that were supposed to be the most accurate in the country.

In their map of New York, the company had included a small town known as Agloe. This town was nothing more than a trap meant to ensnare competitors who had the audacity to steal from General Drafting.

Years later, the town of Agloe appeared on another map, one belonging to none other than Rand McNally, a rival map-making company that was in direct competition with General Drafting. Once this information was found out, lawsuits were threatened against Rand McNally, revealing that their paper town had been nothing more than bait to find copycats. Yet, Rand McNally replied with incredulity as they explained they had not copied General Drafting at all. Rather, they had acquired the name of the town from Delaware County’s public records.

Apparently, Delaware County had registered the name Agloe for some reason. An investigation conducted discovered the most curious of things. While it is true that Agloe had been an invented name, a general store had opened up in that area after the map had been published. 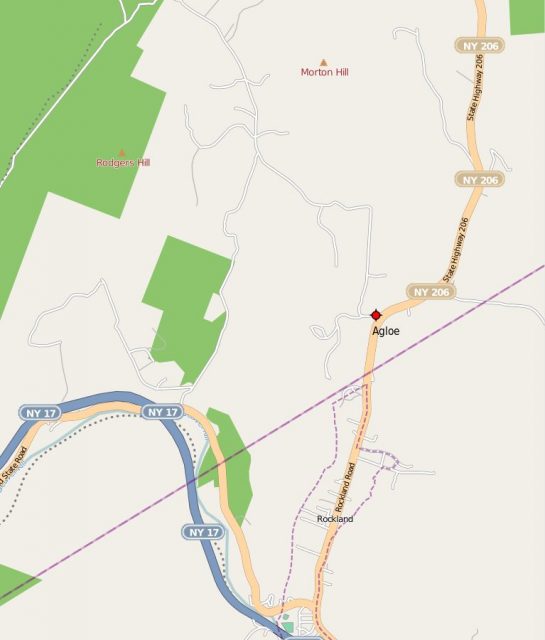 This store, named Agloe General Store, was recorded in Delaware County’s public records and was then utilized by Rand McNally as the basis for writing down the name of Agloe on their own maps.

Read another story from us: UK Heatwave Reveals Ancient Archaeological Sites Throughout Britain

What should have been a method of protecting General Drafting’s intellectual property actually went on to inspire a general store to open up and thus register the small area in New York as a legitimate town. This, of course, would invalidate any of General Draft’s abilities to claim that their work was copied and invalidated the entire point of putting Agloe on the map in the first place.