Space Race: The Soviet Union Landed On Venus During The 1960s

In 1961 President John F. Kennedy challenged the United States space program to put a man on the moon before the decade was over.

NASA geared up for a space race with the Union of Soviet Socialist Republics to reach the moon. What we didn’t know was that the Soviets and the United States were also racing to explore Venus.

When NASA made an accomplishment, it was front-page news and the whole world knew about it. The Soviets were much more secretive with their space program. When Sputnik was launched in 1957, it surprised the world.

People were able to listen to the spacecraft’s signal when it was broadcast on the radio and it changed the world. Humans had taken their first step into the rest of the universe. 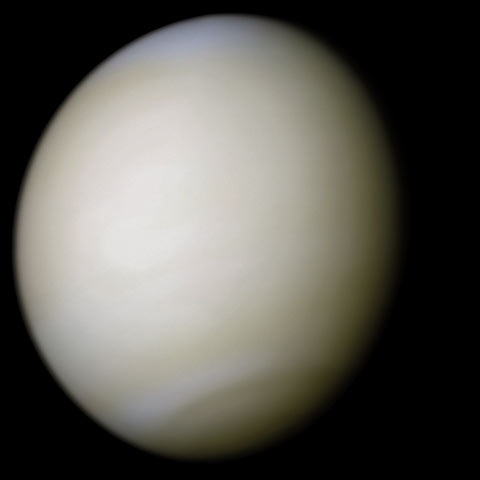 A real-color image of Venus taken by Mariner 10 processed from two filters. The surface is obscured by thick sulfuric acid clouds.

In the early 1960s, the U.S. and the U.S.S.R. were both looking toward Venus. NASA launched the Mariner program and Mariner 1 took off in July of 1962, only to veer off course and be destroyed. NASA’s Mariner 11 performed a successful flyby of Venus in December of 1962.

The Soviets had their share of failures, but in 1967 Venera 4 became the first spacecraft to communicate information to earth while passing through the atmosphere of Venus. 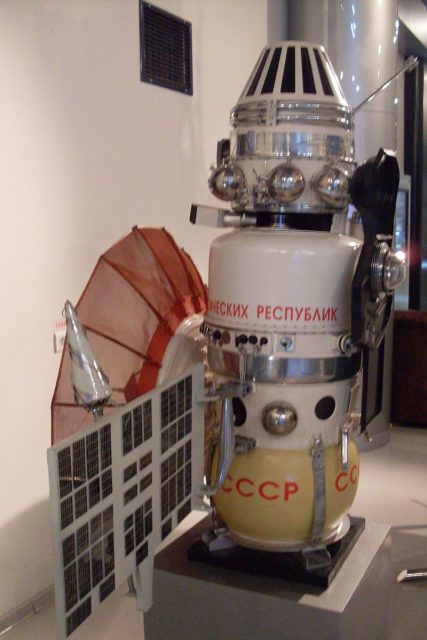 Mockup (1:3) of the spacecraft Venera 4 at Memorial Museum of Astronautics (Moscow).

By 1970 the Venera 7 space probe actually landed on Venus and transmitted information for over twenty minutes before being destroyed by the massive pressure and heat on the surface.

On October 30, 1981, Venera 13 was sent on a voyage to gather samples from Venus. It landed March 1, 1982 in the southern hemisphere which according to Space.com was an area typical of the rest of the planet. 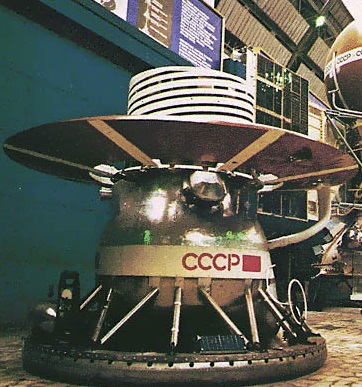 Twenty-two photos, including fourteen in color, were taken and sent back to earth, and soil samples collected by drilling were analyzed on the spot.

The information was quickly sent back to earth as no one knew how long the spacecraft would survive on the surface.

The photos revealed a somewhat rocky surface with volcanic rock. This proved that Venus has active volcanoes and lava flows. Although the surface looks yellow in some of the photos scientists believe it is not a true color because of the clouds and dust.

Resized 3-D computer generated perspective view of pancake volcanoes on the eastern edge of Alpha Regio,Venus. This image was created by superimposing Magellan radar images on Venus topography, and colored based on images from the Venera 13 and 14 landers.

Scientists built the probe to last about twenty minutes but, amazingly, Venera 13 stayed active for just over two hours.

According to Daily Mail, Leonid Ksanfomaliti, a Russian scientist, claimed that when he studied the photos, he discovered life on Venus. NASA claims the “life” he saw was picture noise and a lens cap that fell off the probe.

A planet that is eight hundred and sixty degrees on the surface isn’t likely to support life. 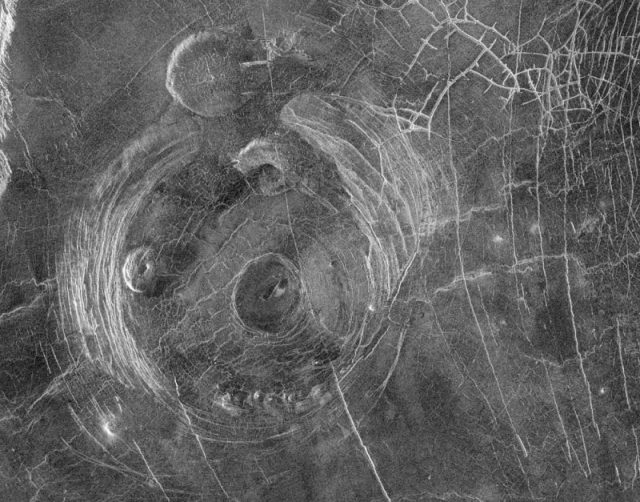 Many of his colleagues readily accept the fact that Venus may have once supported life before the poisonous clouds held in the heat.

NASA sent the Magellan space probe to Venus May 4, 1989 and it arrived August 10, 1990. Most of the planet was photographed producing much clearer pictures than those that came from Venera. 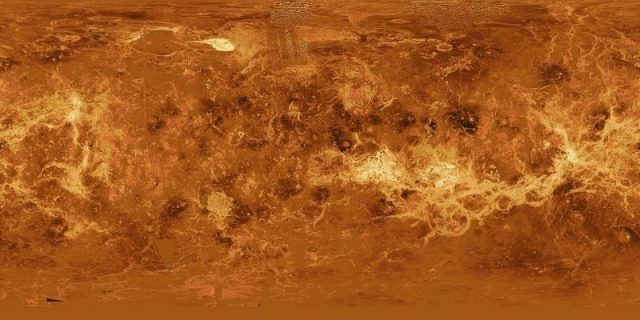 Space.com reports that the Russian Federation and the United States are looking into a joint venture to Venus called Venera-D. The mission was originally scheduled for Russia only, but NASA was invited several years ago.

Read another story from us: Strange Astronaut Good Luck Rituals

The plan is to develop an unmanned craft that will orbit Venus for three years collecting data and send a lander to the surface to gather as much information as possible before it succumbs to the heat. Budget concerns will dictate when the spacecraft is launched, although it could be as early as 2025.