On August 24, 2018, the Spanish government took a step closer to exhuming the remains of former dictator Francisco Franco and removing them from the memorial near Madrid where they have lain since he died in 1975.

The memorial has long been a subject of debate.

To some surprise, socialist Pedro Sánchez came to power as prime minister in June, replacing Mariano Rajoy and his conservative administration.

Within days of taking office, Sánchez announced that his government wanted to move Franco to a more modest burial place, as part of an effort to atone for the civil war that tore Spain apart and the brutal repression that followed the conflict. 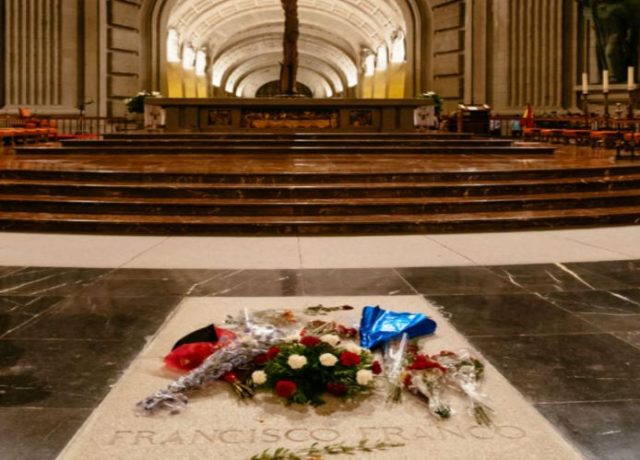 The memorial, a basilica and its giant stone cross, dominate the Valle de los Caídos, or Valley of the Fallen. They were built by Franco to honor those who “fell for God and Spain” in his 1939 victory in the Spanish Civil War.

But some say the memorial was built using forced labor from political prisoners between 1940 and 1958. 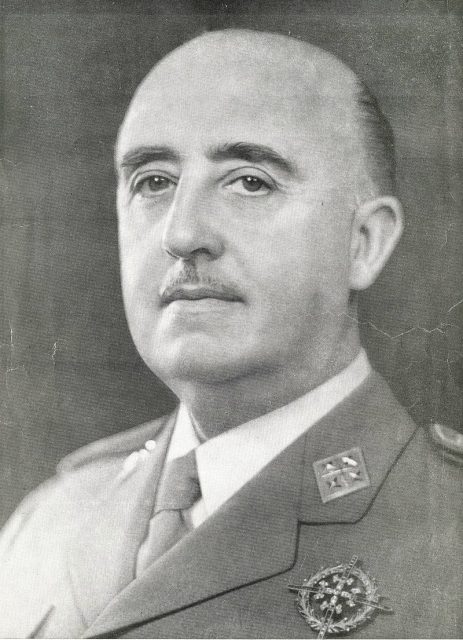 Exhumation of Franco has aroused protests from right-wing parties and the Franco Foundation. While Friday’s approval was a victory for Sánchez and his new government, the Senate must approve the decree before it can be implemented.

“The government has approved a decree that modifies two aspects of the 2007 [Historical Memory] law,” said Deputy Prime Minister Carmen Calvo at a press conference Friday following the cabinet meeting. 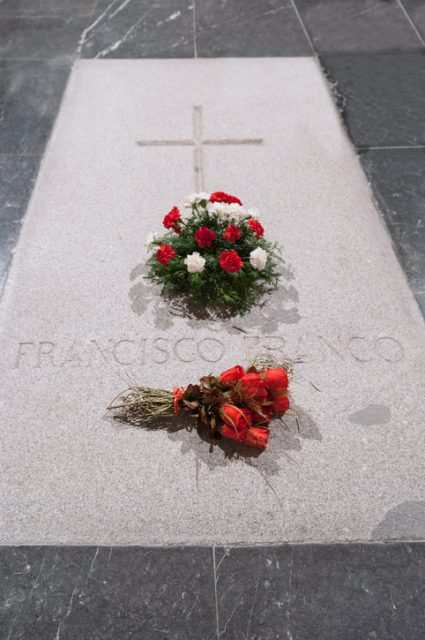 Tombstone of Gen. Francisco Franco, Caudillo of Spain, buried in the Shrine of the Valley of the Fallen.

“The decree will permit the exhumation of the remains of the dictator Francisco Franco from the place where the victims of the conflict lie,” she said, referring to the Valley of the Fallen monument.

“Having the tomb of Franco there means a lack of respect and peace for the victims who are buried within,” Calvo said. “Democracy is not compatible with a state tomb that honors the memory of Franco.”

The Franco family will be given 15 days from August 31st to propose a new burial site, and should they fail to do so, the Spanish government will choose a “dignified and respectful” place for him to be reinterred, Calvo said. 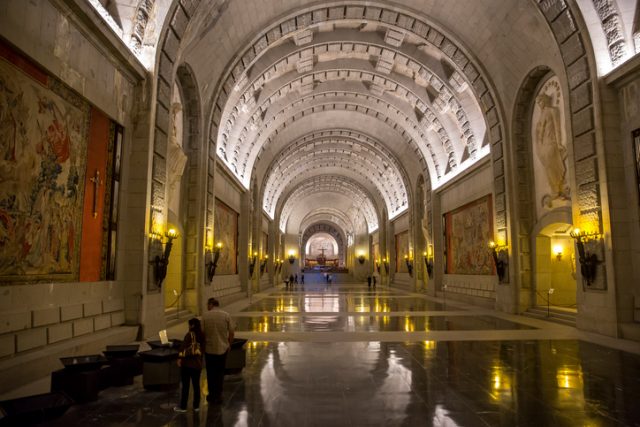 Valley of the fallen church, the place where the dictator Francisco Franco is buried.

The site is near the town of San Lorenzo de el Escorial, about an hour’s drive northwest of Madrid, and is one of Europe’s largest mass graves, housing the remains of at least 33,000 people.

According to The New York Times, “Most had fought for Franco, but the monument also contains the bones of many of his Republican opponents who were anonymously dumped there, some of which were allegedly gathered from mass graves across the country in order to swell the numbers.”

Some families are demanding that their loved ones be returned to them for proper burial. This could lead to mass exhumations. 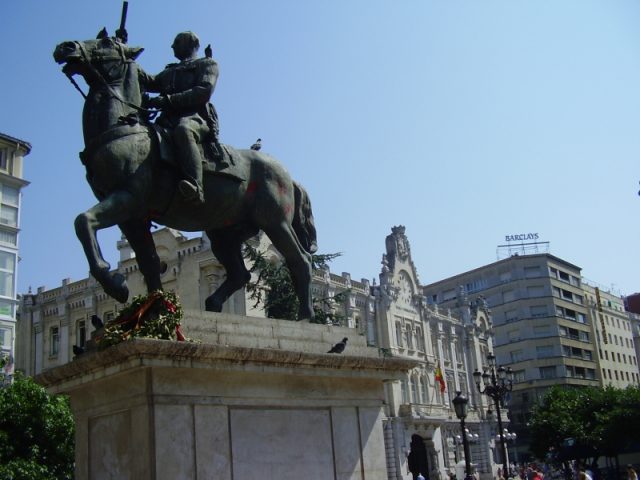 A statue of Franco in Santander that was removed in 2008

Paul Preston, a British historian and biographer of Franco, told The New York Times that Spain was an anomaly in Europe in keeping a “place of pilgrimage for its fascist dictator” — there are no monuments to Adolf Hitler in Germany or in Austria and no memorial to Benito Mussolini in Italy.

Among the more than 250,000 visitors to the Valle de los Caídos each year, Mr. Preston said, many are devotees of Franco “brought up to believe that he was a benefactor for Spain.”

The right-wing Franco Foundation, which promotes a positive interpretation of the Franco regime, has long opposed any plans to move the leader’s remains. Juan Chicharro Ortega, president of the foundation, said that the past should be left alone by politicians. 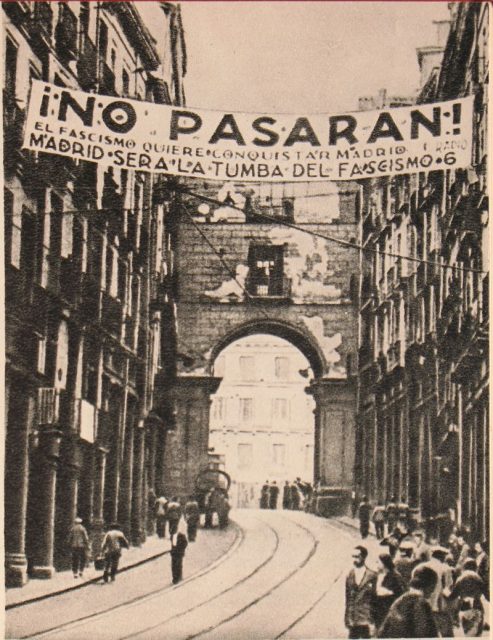 A banner reading ¡No pasarán! Madrid will be the graveyard of fascism from the Siege of Madrid. Photo taken by Soviet journalist Mikhail Koltsov.

In a Facebook post, the Franco Foundation pledged to take legal action against the government if it passes and implements the decree, which it believes violates Spain’s constitution.

The military general governed the country from 1939 until his death in 1975 after leading nationalist forces to victory in the Spanish Civil War, a conflict in which half a million people lost their lives.