Monks, Monkeys, and Cappuccino – They Have More in Common than You Know

Few people take the time to consider where our everyday words from, but some of them have interesting origins.

Take, for instance, the tasty “Strozzapreti” pasta, named after an Italian phrase which literally means “priest strangler.” Or consider the delicious “avocado” fruit, named after a word which the Aztecs used to describe testicles. The name “lemur,” which is used to describe an adorable little animal, comes from the Latin word meaning “spirit of the dead.”

Hundreds more words in the English language are borrowed from other languages, and many of them have interesting stories behind them. Case in point, take the familiar coffee drink, cappuccino, which comes from the Italian word “little hood.” 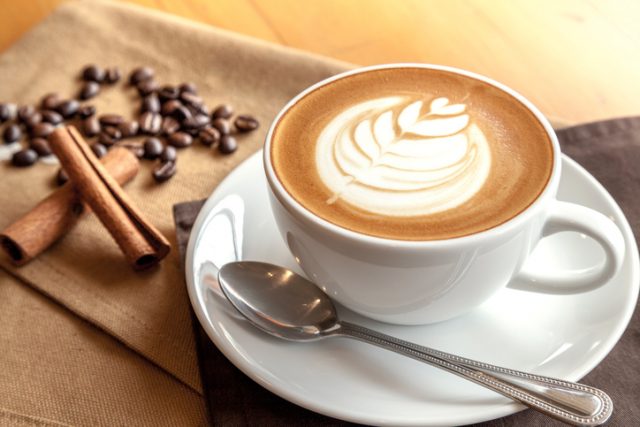 The Italian word for hood “cappuccio” and the “-ino” being the addition which suggests small size. The popular drink was first introduced in Italy, where it was named after its resemblance to the color of the robes worn by Capuchin monks.

The members of this Franciscan order of monks, founded in the 16th century, were named Capuchins on account of the robes that they wore.

According to the Capuchin.org website, they had been called by their founder, Matteo Bassi, to live a simple life of piety and self-denial. 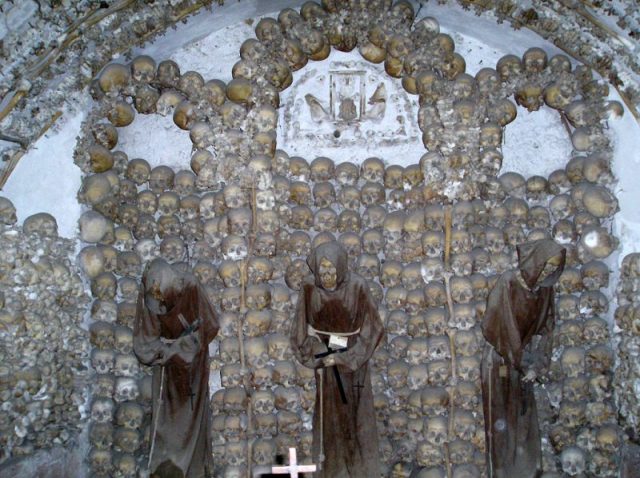 The remains of 4,000 friars adorn the ossuary of the Santa Maria della Concezione. Photo by Tessier~commonswiki CC BY 2.5

The rationale for naming the coffee after them was that the dark color of the espresso mixed with the frothed milk resembled the color of their robes.

But the Capuchin name wasn’t only reserved for beverages and religious orders. Capuchin monkeys also got their name because their colors reminded people of the hoods worn by Capuchin monks. 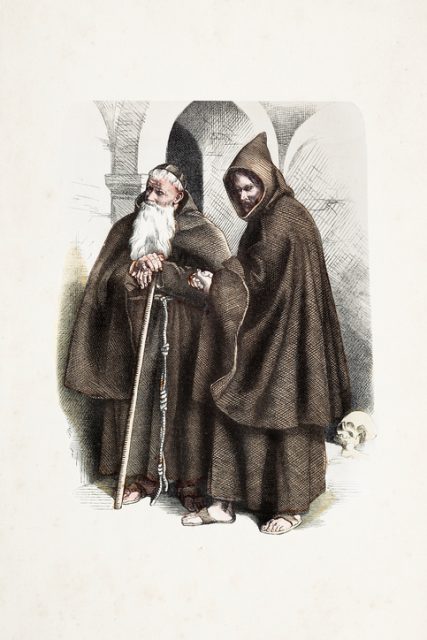 According to the  book The Complete Capuchin: The Biology of the Genus Cebus, in the 15th Century when explorers reached the Americas, they discovered the peculiar breed of monkeys (genus Cebus); their colored “caps of hair”  resembled to the monks in their robes with the hoods down, so they named them Capuchins.

According to Encyclopedia Britannica, Capuchin monkeys were considered among the most intelligent of the New World. 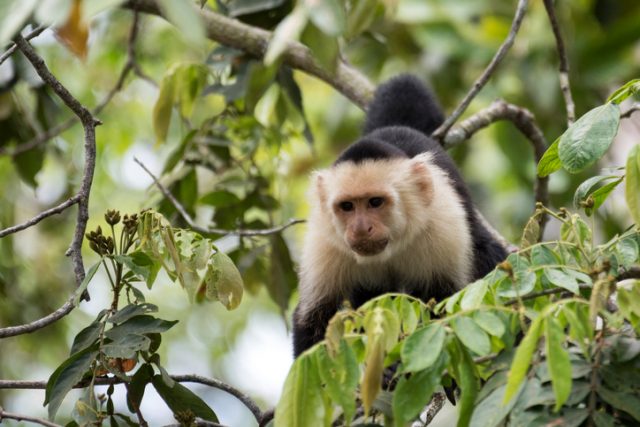 So, is it possible that there’s a deeper reason monks, monkeys and coffee drinks should share similar names? Maybe not, but one can speculate for the sheer amusement of it.

Viking words that have invaded our language

It is written in The Inferno, the famous work of Italian poet Dante Aligeri, that any monk or priest condemned as a hypocrite was forced to “trail about endlessly,” in heavy robes, their eyes buried under low hoods, for eternity.

No doubt this is a harsh punishment. But it’s an eerily similar picture to how a lot of people feel before they’ve had their morning cup of coffee. 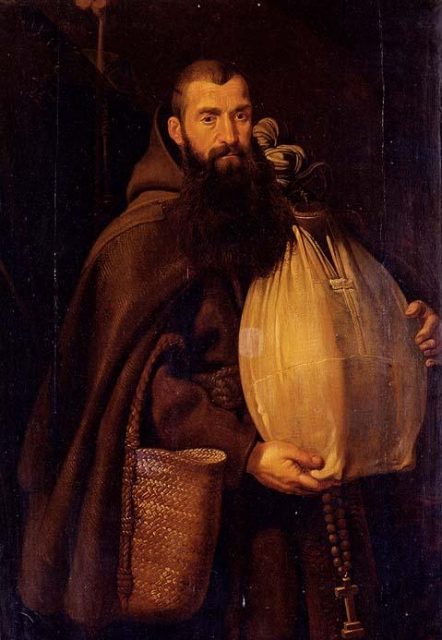 Felix of Cantalice, the first Capuchin to be declared a saint by the Catholic Church.

Thankfully, no one has to commit themselves to a life of self-denial and risk eternal damnation to enjoy a tasty cup of cappuccino.

Read another story from us: The Pasta to “Strangle Priests”

And while the origin of the name might seem odd and outdated, it’s quite fitting for a culture that drinks coffee religiously.