In 1601, a conquistador by the name of Juan de Oñate was leading an expedition of 200 soldiers into uncharted territories of what is today the state of Kansas.

Along with the soldiers and canons, the group was accompanied by a number of priests as well as adventurers who were attracted by the expedition’s final goal ― the legendary city of Quivira, whose streets were allegedly paved with gold.

Before Oñate chose to venture into the Great Plains, two other conquistadors ― Antonio Gutiérrez de Humana and Francisco Leyva de Bonilla ― already lost their lives there in 1594, while embarking on a similar quest. 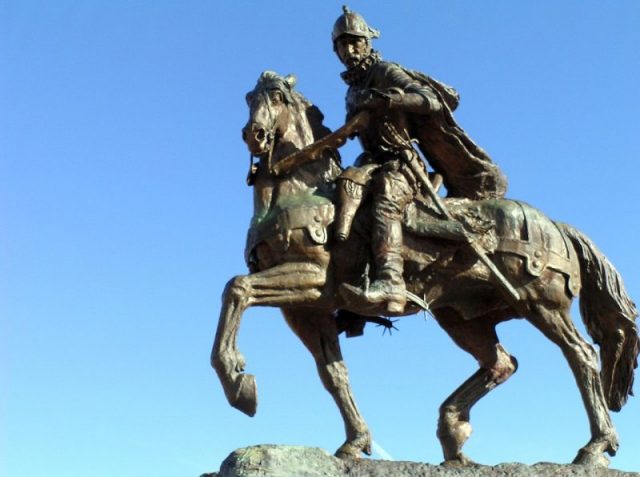 But Oñate’s thirst for fame and riches, as well as an appetite for terror, led him and his posse deep into the unknown where he indeed discovered a large settlement, but it wasn’t exactly what he expected.

More than 400 years later, archaeologists from the Wichita State University flocked around a site which they believe was the place where Oñate found his Quivira, or Etzanoa, as it was known to the Native Americans. 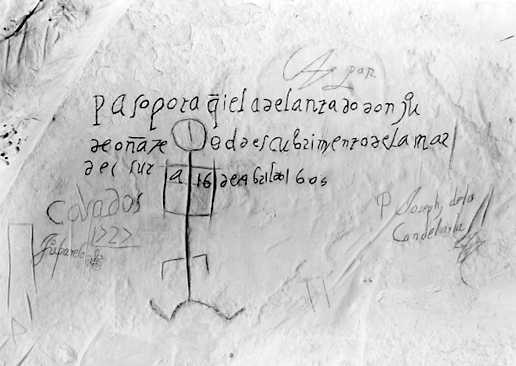 Located in southern Kansas, at the confluence of the Walnut and the Arkansas rivers, it has been known for decades as a place of historical findings. Since 1959, both archaeologists and locals have discovered various artifacts belonging to the Wichita people.

Literally tons of objects belonging to an ancient civilization were collected after a road construction in 1994. Many of the objects are kept in private property, as it became common to find shards of pottery or pieces of arrowheads. 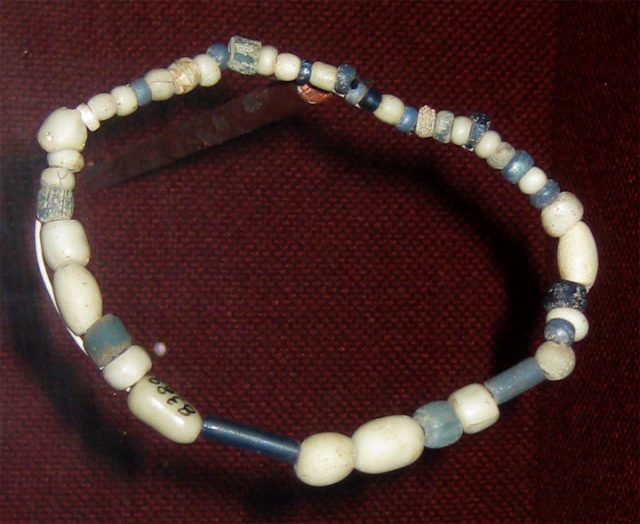 However, never before was the connection made between these traces of settlement with the almost mythical city of Etzanoa ― discovered by Oñate’s expedition in 1601.

The research was conducted under the supervision of Donald Blakeslee, a veteran archaeologist who became intrigued with finding the lost city in 2013, after new translations of various accounts of Spanish colonialists serving under Oñate during the Etzanoa expedition were made by scholars from UC Berkeley. 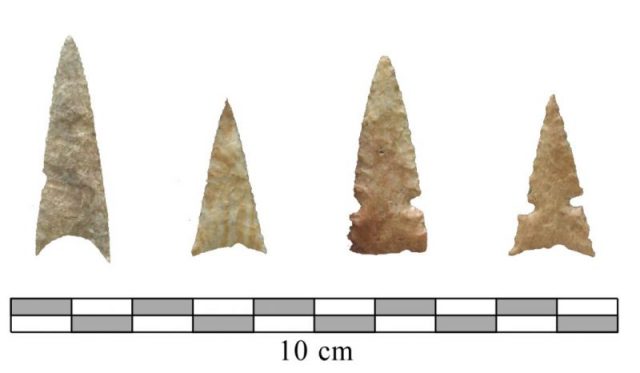 Together with the National Park Service, Blakeslee scanned the area with a magnetometer, enabling him to determine the variations in the earth’s magnetic field and locate remains of houses, cellars, and fireplaces belonging to a once vibrant settlement.

Not far from the settlement’s location, in what is today a suburb of Arkansas City, traces of battle were also found, including three Spanish cannonballs, a horseshoe, and a number of other objects. 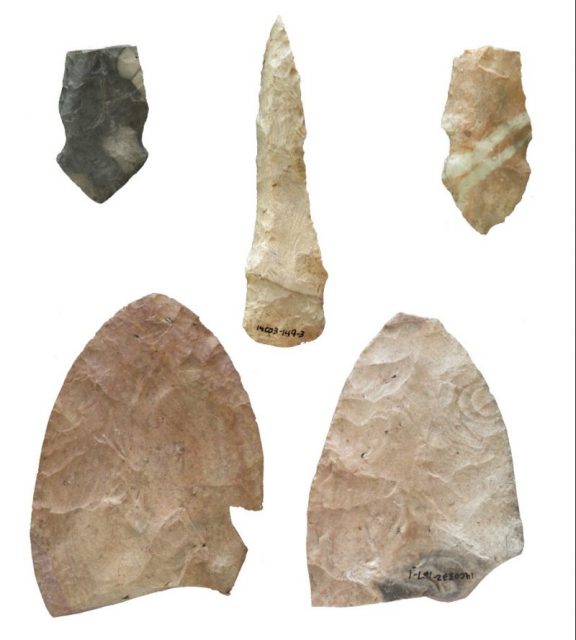 Protohistoric Wichita stone knives were recovered from the site by the Kansas State Historical Society. Photo by Donald Blakeslee

Let’s head back to the year 1601 and the fate of Juan de Oñate’s expedition, to further unravel the story which led to this amazing discovery.

After his vanguard came with reports that a large settlement lay ahead of them, the conquistador must have rubbed his hands in delight ― it was the chance to amass gold, and to convert the natives into Christianity, gaining favor from the Spanish Crown in return.

According to his scouts’ reports the city seemed as though it stretched for miles. Large beehive-shaped houses with thatched roofs and fields of corn, squash, and beans overtook the horizon. Their estimate was that there must have been more than 20,000 people living there. 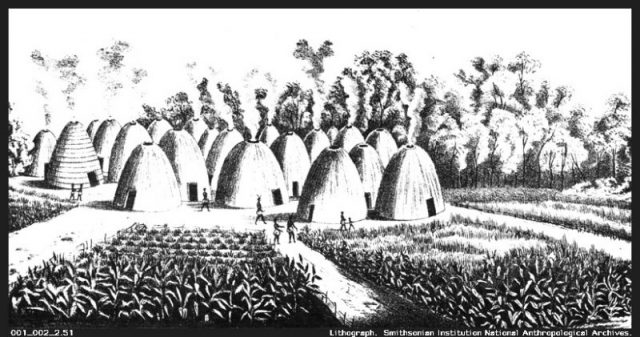 A sketch of a Wichita Indian village in the 19th century. The beehive shaped grass-thatched houses surrounded by corn fields are characteristic and appear similar to those described by Coronado in 1541.

After they were approached by a friendly delegation bringing offerings, the Spanish took the welcoming committee as hostages, as they needed leverage while possibly facing with an entire city in battle.

As a response, Wichita warriors, who were calling for a fight with the invaders, put on their battle paint. Spanish soldiers named them Rayados ― due to tattoos and paint they wore on their faces and bodies. 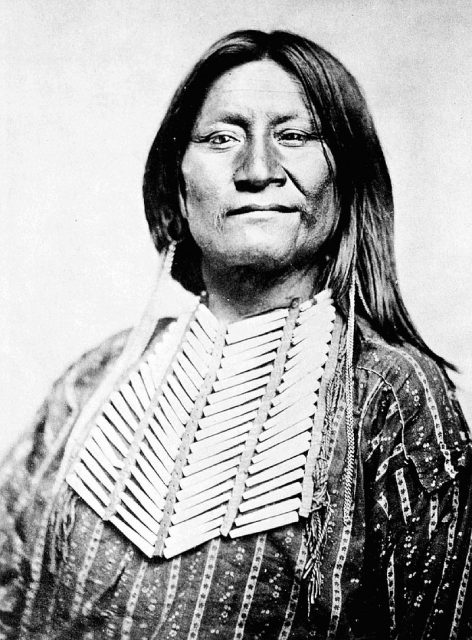 Esadowa (or Isadowa) was chief of the Wichita village adjacent to the Comanche camp attacked by Van Dorn in 1858. In 1861, Esadowa led his people north to Kansas, then in 1865 brought them back to Indian Territory.

Even though at one moment it looked as though they were going to face an army eager to fight, only a handful of people were found in the city as the conquistadors marched into it. The inhabitants of Etzanoa, perhaps familiar with the stories of vicious invaders and their firepower, decided it was safer to just evacuate the entire city for a while than to battle the treacherous Spaniards.

So when the conquistadors entered the city, it was already empty. They wandered the city for several days in their search for gold, counting more than 2,000 houses, all of which were big enough for 10 people. 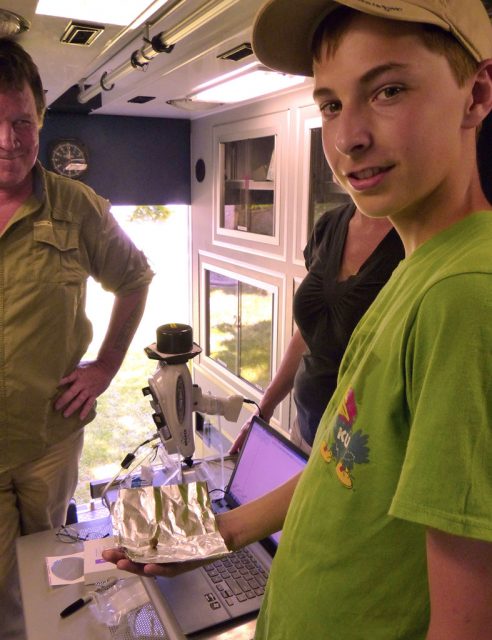 Adam Ziegler holds an iron ball that he found with a metal detector. The ball, which was part of a cartridge load for a cannon, was the first piece of evidence that suggested the archaeologist had located the battlefield where the Spanish fought the Native Americans. Photo by Donald Blakeslee

Once they decided to leave, however, they were met with a horde of 1,500 warriors belonging to the Escanxaques tribe, which rivaled the Wichita. Apparently they were on a warpath, but instead of fighting their historical enemies, they ended up battling a small detachment of Spaniards who attempted to break through using cannons and muskets.

By sheer luck alone, the conquistadors managed to withdraw from the battlefield, suffering heavy casualties.

Afterward, the accounts of their mishaps have often been discarded as exaggerated ramblings of adventurers who sought glory or support from the Spanish Crown. Modern historians dismissed the notion of a settlement of such scale, in part because of yet another expedition, this time under French leadership, that ventured into the same area around 100 years later, only to find what looked to them like untouched nature.

It is most likely that the settlement was abandoned and left to waste due to some sort of disease epidemic, which was the most common reason for the extinction of many other Native American cultures.

Thanks to Blakeslee and his team, a real breakthrough is happening, as Etzanoa is estimated to be the second-largest ancient settlement in the United States, the first one being Cahokia in Illinois. 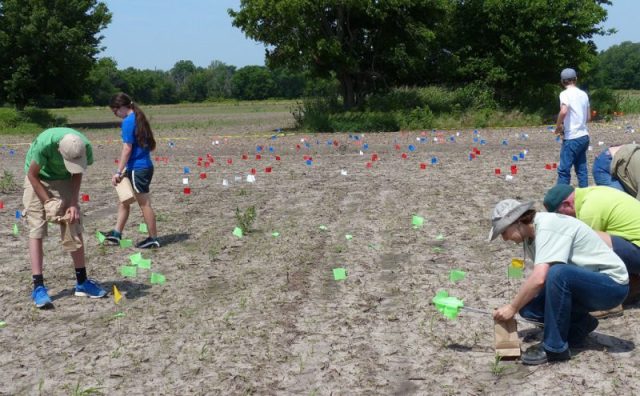 The discovery is also reshaping the way that the history of Great Plains tribes is perceived. It was mostly believed that the tribes inhabiting North America lived in rural settlements or as nomads, as opposed to the vast cities of the Mayans and Incas in the south. However, the unearthing of Etzanoa goes to show that large urban areas existed and thrived as trade centers of civilizations long gone.

According to Jay Warren, an Arkansas City council member, plans are already put in motion to turn the site into a tourist attraction. In an interview he gave to the Kansas City Star in 2017, Warren said:

“We’re not talking about putting together a one-day wonder. We’re looking at creating something that could be great for the region, and for 50 years and more down the road. We’re talking with (Unified School District) 470 about how it could enhance education. And we think the site could also be a hands-on field training facility for archaeologists from all over the world.”

« The Macabre Connection Between Jimi Hendrix, Judy Garland and Winston Churchill
Above Marilyn Monroe’s Crypt a Man is Buried Face-Down »