Back in the day, dog poop was actually a valuable resource to leather makers. So the coats people wore, the handbags, briefcases, and all the leather goods they used were thanks, at least in part, to dog dung.

Not surprisingly, entrepreneurial folks also found a way to benefit from this need for poop by keeping their streets and alleyways free of the brown mess, because it held currency for them at local tanneries. 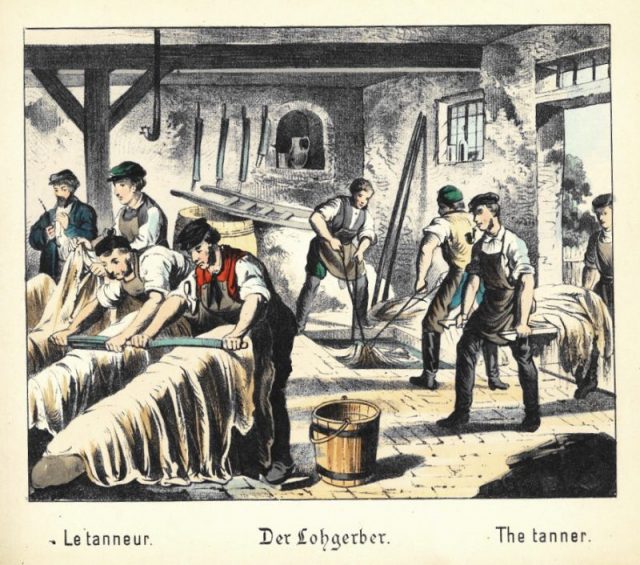 Long before the days of modern manufacturing with chemicals and clean environs, tanneries had such a powerful smell that they were located outside of the town. 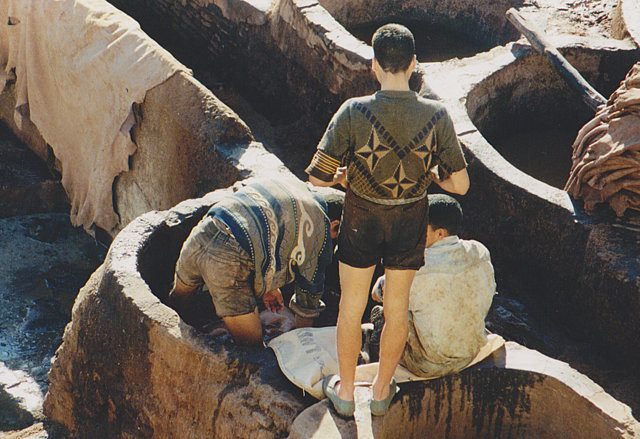 It’s no wonder the New Research Encyclopedia refers to tanning as “noxious,” and “an odoriferous trade.”

Skins arrived at a tannery bloody and wet with whatever animal remains still clung to them. First, they were soaked in water to clean them. Then came urine to help make them pliable enough that the hair could be removed with knives.

And that’s where the poop came in. It may sound wholly unappetizing now, but at a time when there were no ready-to-use chemicals, the lovely sheen of fine leather goods was achieved by soaking the hides in a mixture of water and dog poop. Or pigeons – their poop was used too. 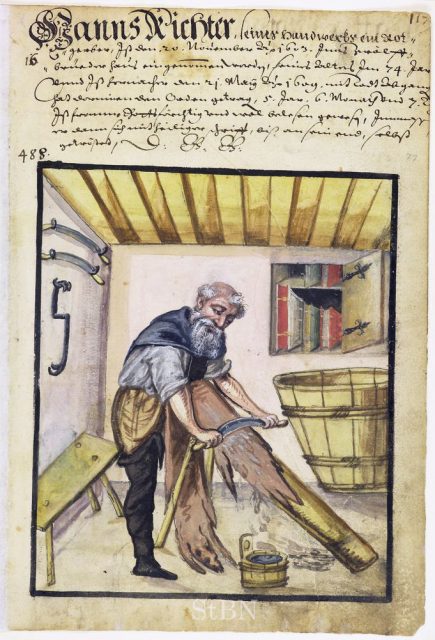 British writer, artist, and librarian Julian Walker discussed the subject in his article, “More Poo, And Some Words on Tanning.” Walker confirmed that, “dog excrement was not an ingredient in tanning until the second half of the 18th century,” but until chemicals were introduced into tanning in the mid-20th century, it was a key step in the grueling process.

Which begs the question: could we solve the modern problem of dog poop on our streets by turning to a very old method? Not in tanning, of course; best to leave that to the professionals and the chemicals. But what about other uses for it?

Woman tells her Dog She Ate All His Halloween Candy.

Some individuals have taken note of the forward-thinking ways being used to motivate dog owners to pick up after their pets. And in some rather unexpected places, too.

Terra, a telecommunications company in Mexico City, installed bins across the city’s parks into which people could put put poop in exchange for free Internet service. 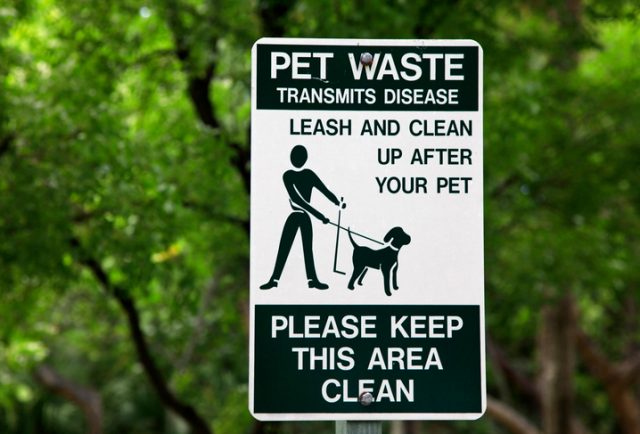 Jonathan Fincher, in the May 3, 2012 edition of the New Atlas, described the innovation as a win-win for everyone: the firm gets free P.R., the city gets tidier parks, and dog owners get free Wi-Fi in exchange for picking up after their pets.

In his article, “Mexican Internet Company Exchanges Public Wi-Fi For Dog Poop,” Fincher wrote, “It may sound like a bizarre concept, but if it motivates people to keep their public spaces cleaner, it could prove to be a good method, in the long run.” 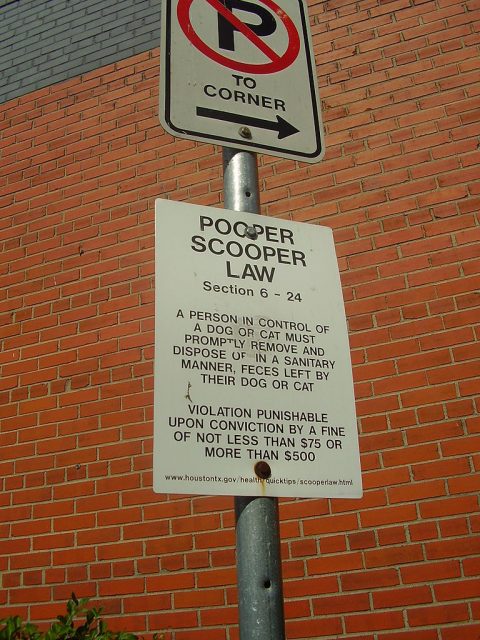 Sign ordering owners to clean up after pets, Houston, Texas, 2011.

No doubt, the limitations of poop’s uses are set only by our imaginations and the “yuck” factor. But if we can offer rewards for diligent dog owners, maybe one-day dog poop in the streets will be much more than a societal nuisance.

Read another story from us: Monks, Monkeys, and Cappuccino – They Have More in Common than You Know

Maybe that feeling of “gross!” we get when we step in it can be replaced by a feeling of, “look what I found!” Is that such a stretch? Perhaps, but that’s probably what they said to the guy who invented the elastic band.