The Missing Nuclear Weapons Lost Off The Coast Of Bermuda

In October of 1986 a 667-A project Yankee class submarine, K219, belonging to the Soviet Union was on a routine patrol of the waters off the coast of Bermuda when it was damaged and inevitably sank eighteen thousand feet under the sea.

According to Pravda.ru, the submarine was carrying 14 R-27 nuclear missiles and two nuclear reactors when it went down — but when the sub was located no missiles were found. 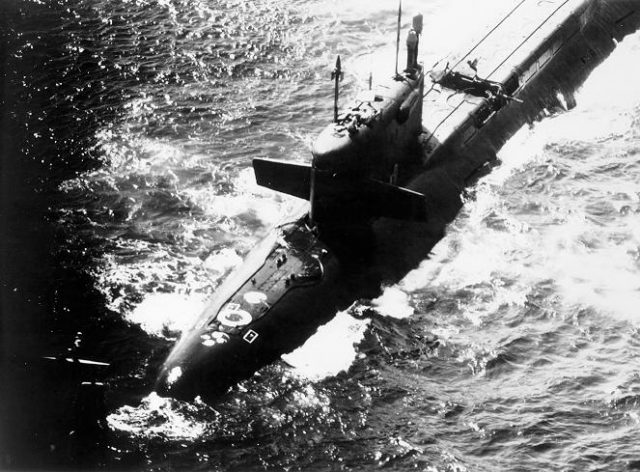 Captain Igor Britanov took the submarine from Gadzhiyevo, Russia near the Arctic Circle, west toward the United States. The K219 and its crew of one hundred and twenty men were on their way to waters off the east coast of the United States for a covert patrol during the era of the Cold War.

Just less than seven hundred miles northeast of Bermuda an explosion occurred in one of the missile tubes after a seal ruptured, and seawater began to drip inside the tube. It mixed with the liquid fuel used for the missiles, creating potentially explosive and poisonous nitrogen dioxide gas. 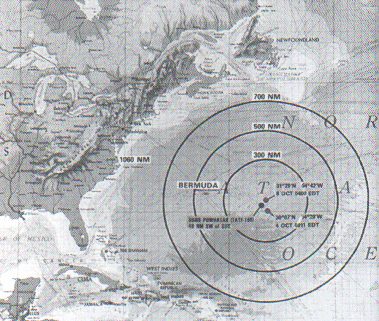 Location of the incident.

Britanov ordered the craft to rise to a higher depth but the opening in the hull caused by the explosion allowed water to rush in and the sub went even lower. The sub was stabilized to stop the descent and brought to the surface under battery power, where most of the crew was evacuated to a nearby ship, the Anatoly Vasiliev.

Three sailors were killed in the explosion, and Officer Belikov and Senior Seaman Sergei Preminin who shut down the reactors were not able to get off the submarine. Several years later Seaman Pregy was posthumously awarded the Order of the Red Star for preventing a nuclear accident as well as the title of Hero of the Russian Federation.

When the Soviet shipping vessel Krasnogvardeysk began the return trip back to Russia it was pulling the K219, but the tow ropes broke and the submarine took its final dive of five and a half miles to the bottom of the sea. 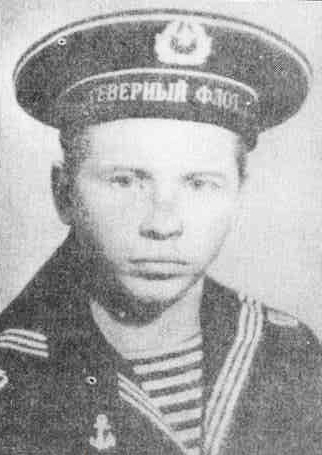 Rumors began to fly, and some said the K-219 had been rammed by the Augusta, a United States Navy submarine. Although Augusta was in the area, the Navy vehemently denied it had hit the Soviet sub. Others claimed the K-219 was hit by a mysterious force possibly because of the proximity to the Bermuda Triangle.

The Soviets immediately informed the United States government of the incident and were offered help by the President of United States. For the first time, the Soviets issued a public statement regarding an accident of this nature and accepting full blame for the situation. 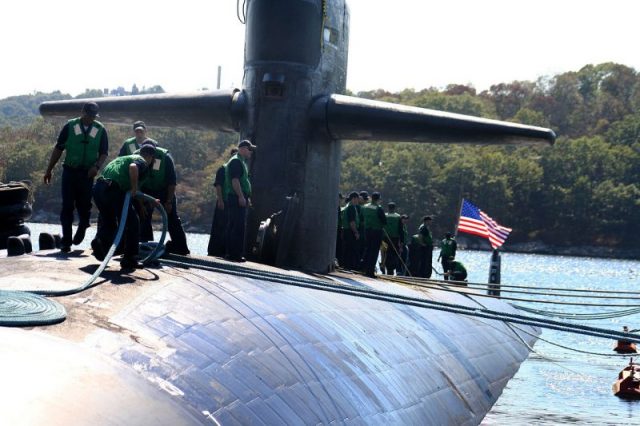 Both countries somewhat glossed over the incident with assurances from United States Vice Admiral Powell Carter and the Soviet Navy Commission agreeing that there was little danger of nuclear explosion or contamination by radioactivity. 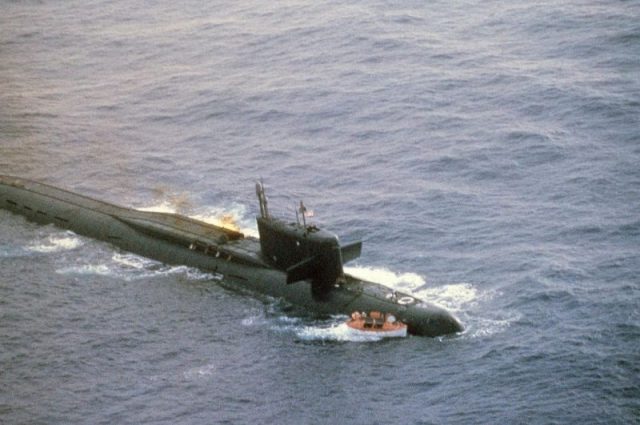 A starboard bow view of the Soviet Yankee class nuclear-powered ballistic missile submarine that was damaged by an internal liquid missile propellant explosion. Three days later the ship sank in 18,000 feet of water.

Charges were brought against Captain Britanov for negligence but were dropped after Minister of Defense Dmitry Yazov took office. He dismissed the charges in 1987 but discharged Britanov from the military.

Later in 1986 and in early 1987 the Soviet Institute of the Sea sent a deep water probe and found the sub broken in half but sitting upright on the ocean floor with empty missile tubes dangling open.

Read another story from us: Stern of World War II Destroyer Hit by Japanese Mine Finally Found in the Bering Sea

The Soviets realized the possibility of other countries finding the nuclear weapons or sensitive communications inside the sub and have classified all of the photographs taken of the submarine.