Among the many larger-than-life stories about Julius Caesar that have circulated over the centuries, one particular story of the famed Roman politician’s daring and bravado stands out as almost too outrageous to be believed.

In 75 BC, the young Gaius Julius Caesar was kidnapped by Cilician pirates. (Despite the seeming similarity, the Cilicia region lay in modern-day Turkey, far from what is now Sicily.)

It almost defies belief that even early in his life as a private citizen, the young Caesar would berate, threaten and harass pirates who captured him for ransom. But the brash young Roman did that and more. 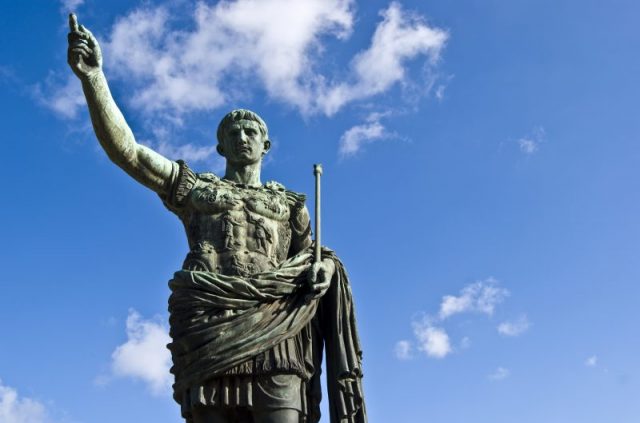 Encyclopaedia Britannica describes Caesar’s boldness as almost maniacal: when he heard his captors’ plans to demand a ransom of 20 talents of silver for his release, he burst into laughter and demanded that they raise the ransom to an amount more befitting a man of his stature.

Despite his abrasive and overbearing manner, there is no record of the pirates having done Caesar any harm during his captivity. 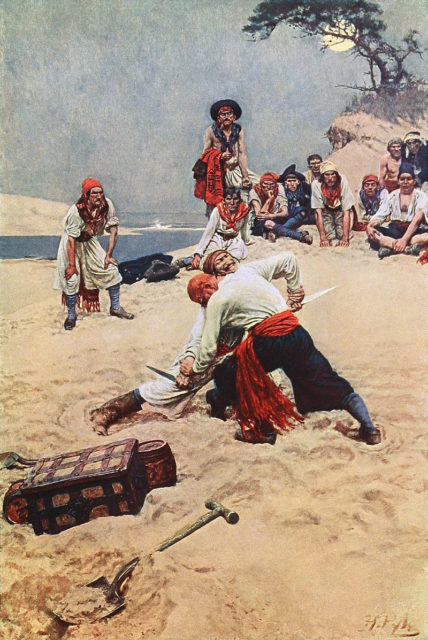 While members of his retinue began their 38-day journey to secure the ransom funds, Caesar made himself at home among the pirates, reciting poetry and speeches (including his own compositions) and berating the illiterate crew for their disinterest in his performances. 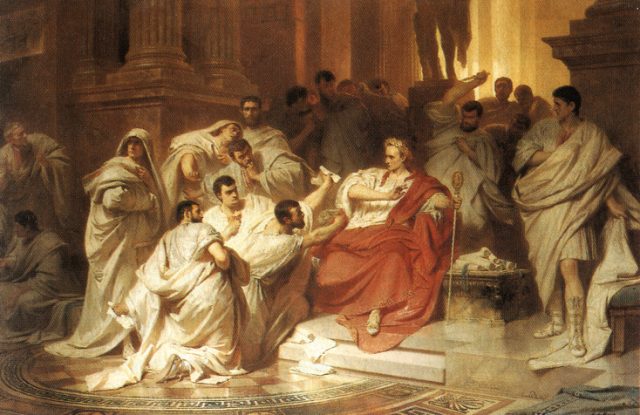 The senators encircle Caesar, a 19th century interpretation of the event by Carl Theodor von Piloty.

While he would often participate in the pirates’ games and refused to play the part of a prisoner, his disdain for them manifested itself in the way he treated them.

He began to treat them as his subordinates, periodically threatening retribution for his kidnapping, and, contrary to what one might expect, his bravado earned the respect and admiration of his captors. 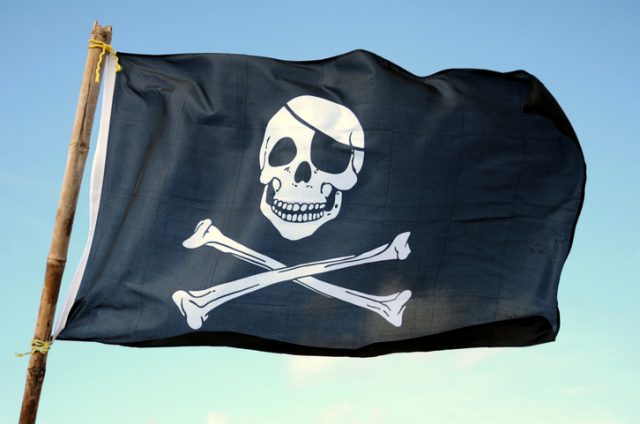 Britannica reports that he would go so far as to shush the pirates when he was trying to sleep!

His theatrics seemed to the pirates to be the overconfidence of a slightly unhinged prisoner, and they gave his threats no mind for the duration of his stay with them. 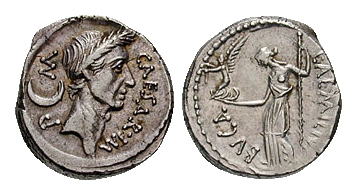 A denarius depicting Julius Caesar, dated February–March 44 BC; the goddess Venus is shown on the reverse, holding Victoria and a scepter. Photo by Classical Numismatic Group CC BY-SA 3.0

When his associates returned to the island on which he was held captive, however, Caesar began to enact his revenge immediately.

Upon receiving the ransom money, the pirates set their prisoner free, and Caesar wasted no time in traveling to Miletus to raise a flotilla, with the express goal of capturing and crucifying the pirates as he had promised them he would. 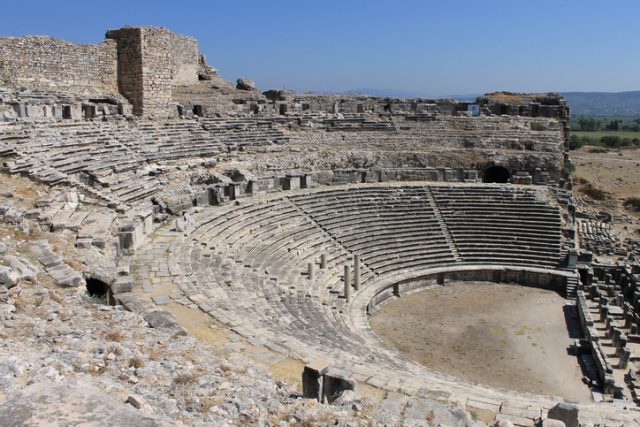 Amphitheater in the ruins of ancient Greek city Miletus, Turkey.

The pirates must have been quite surprised to see him, as they hadn’t bothered to leave the island – Caesar recovered the ransom as well as all of the pirates’ personal possessions and had them jailed in Pergamon.

An ordinary man might be satisfied at having exacted his revenge, but Gaius Julius Caesar was far from finished with the men who had held him captive for 38 days. He traveled to the meet the Roman authority in Asia, Marcus Junius, seeking permission to have the pirates executed. 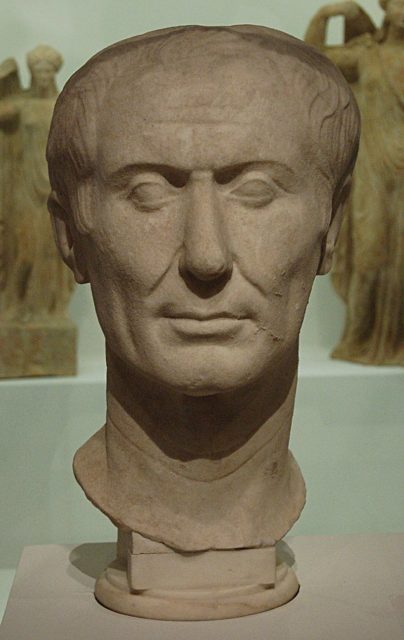 Bust of Julius Caesar. Photo By Gautier PoupeauCC BY 2.0,

Marcus Junius refused, intending to sell the pirates as slaves and keep the proceeds, but Caesar was undeterred. He returned to Pergamon to make good on his promise of crucifixion, and offered the pirates no mercy save that of cutting their throats beforehand.

That he emerged unscathed speaks to Caesar’s unfailing courage during his tenure with the pirates – others were not so fortunate. The Guardian’s Charlotte Higgins notes that other Roman nobility, for example Cicero’s antagonist Clodius, suffered far more personal (and unsavory) indignities than Caesar’s mere 38 days spent harassing his Cilician captors. 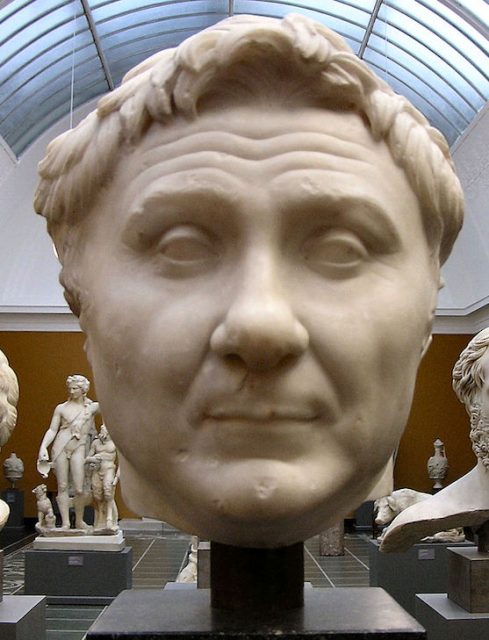 Piracy in the Mediterranean during in the age of the late Roman Republic was ultimately exterminated by a fleet of 500 ships led by Pompey the Great, Higgins writes, but the pirates ensnared in Pompey’s great sweep in 67 BC were treated much better than Caesar’s Cilicians.

Read another story from us: Myths of History: Did Pirates Really Bury their Treasure?

The pirates, were given a second chance as Pompey released them and established them as landowners and farmers within the Republic, allowing them to contribute taxes rather than paying for their crimes with their lives.

« Explosive Accidents: The Lost Nuclear Arsenal at the Bottom of the Sea
Michael Jackson and Paul McCartney’s Feud Over Beatles Song Rights »