Photos: When Old California was Bursting with Oil Rigs

California was not always all about Hollywood, the bliss and glamour of being a superstar, and walking the red carpet on Academy Award night. In fact, these photos bring a bleak contrast and show us what was once a state heavily fed on oil.

Oil! Oil! Oil! It was truly “black gold” that moved the nation’s Golden State into the future of the 20th century.

The sight of myriads of oil towers installed on familiar venues such as Downtown Los Angeles, Venice Beach, Huntington Beach, Long Beach, or Santa Fe, was overwhelming. Dark. Gloomy. As if the landscapes were taken out of the next Blade Runner movie. 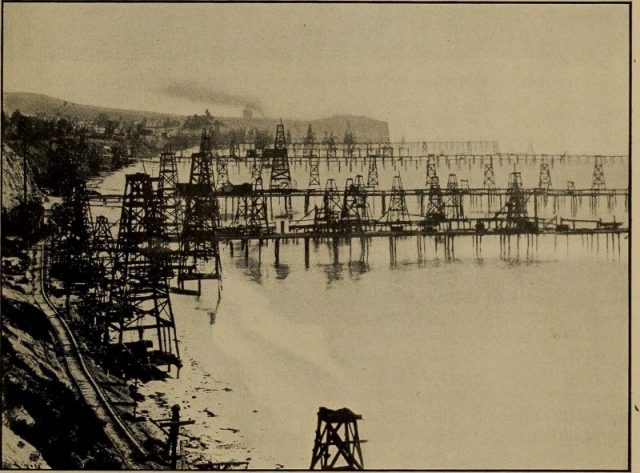 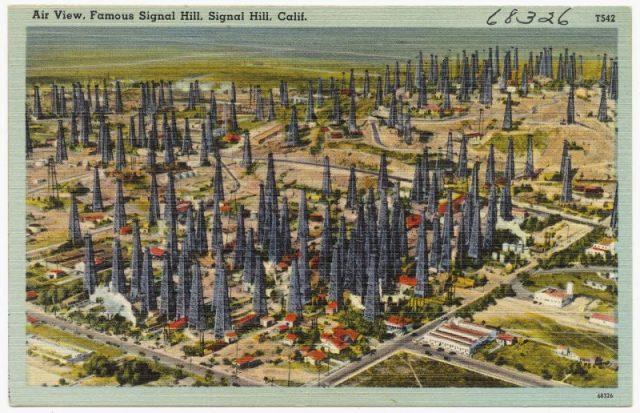 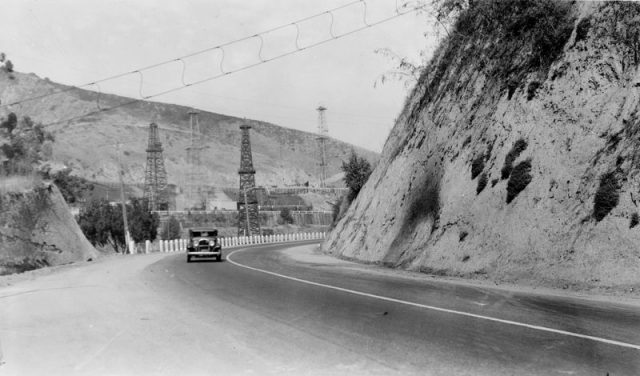 Pumping oil out of the Pacific Ocean at Summerland, Santa Barbara County, California. 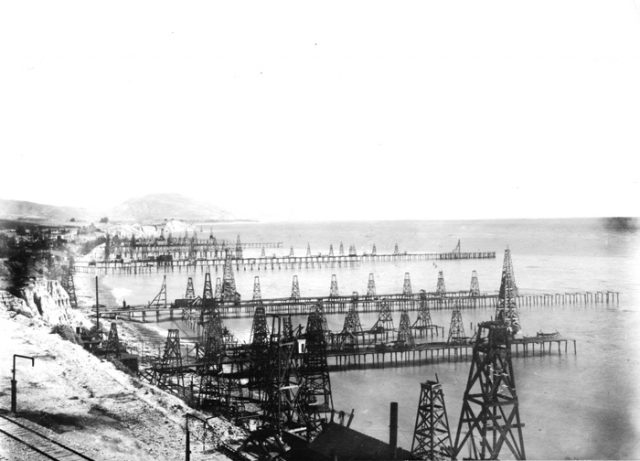 Oil wells on wharves built out over the ocean, Summerland oil field, 1902. 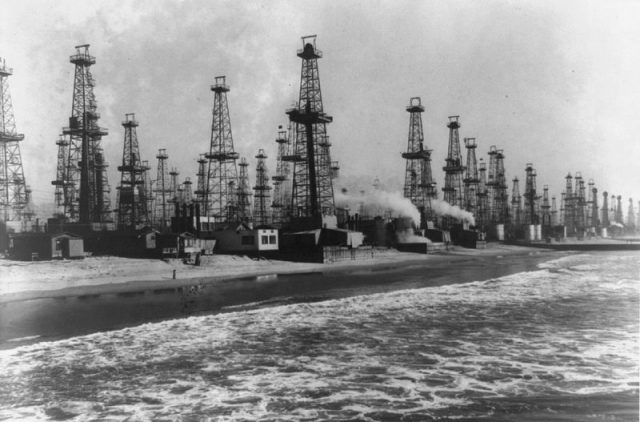 Oil wells at Venice, California, a suburb of Los Angeles, which are bringing oil up from beach area. Photo by Library of Congress 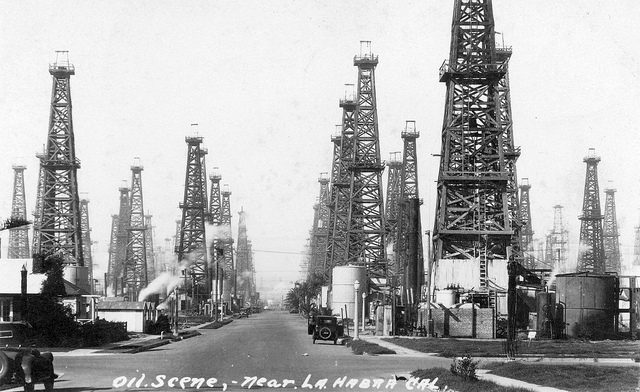 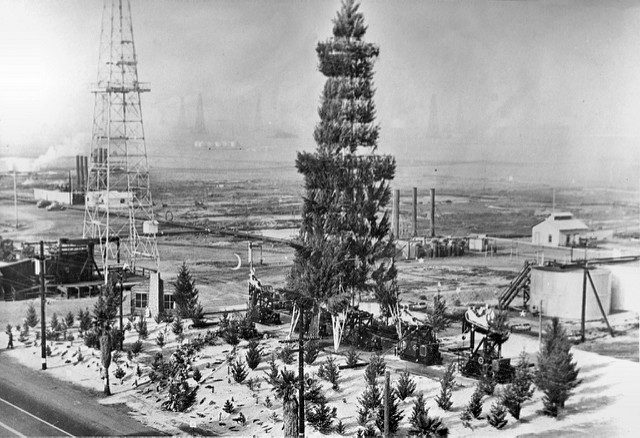 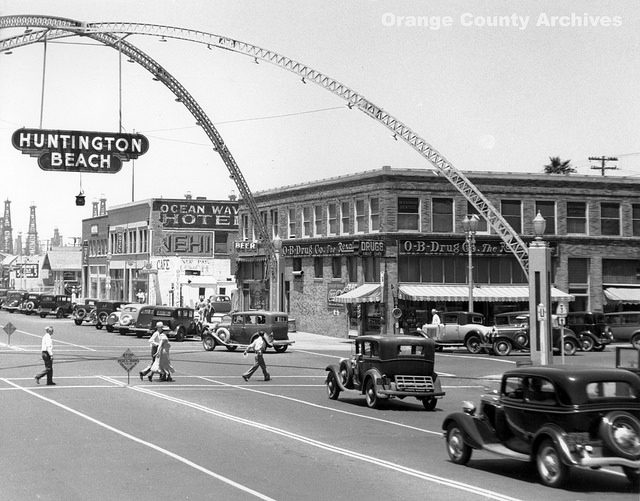 It was a noisy county, fueled by the machinery of the oil towers: next to palm trees, next to the beaches, even next to your church and local graveyards.

The first oil fields emerged on the surface throughout the 1860s, and the first drills were made in the area of Central Valley. In part, this helped San Francisco grow, at the time the most populated area in California at least until the 1906 earthquake.

Then more fields of oil were found in the proximity of Los Angeles, at the time nothing more than a village. By 1892, the skyline of Southern California was dominated by a rapidly expanding forest of oil derricks. At the turn of the century, the area had an output of 4 million barrels. By the end of the 1920s, this had grown to 77 million barrels.

The oil boom brought tycoons of all kinds, self-made millionaires, entertainers, as well as prostitutes. The oil-pumping state even had its own “queen” — Miss Emma Summers. She is remembered as the Oil Queen of California, and at one point, it’s said, half of the oil production was under her administration and ownership. Her first oil well was dug close to where L.A.’s Dodger Stadium is today. 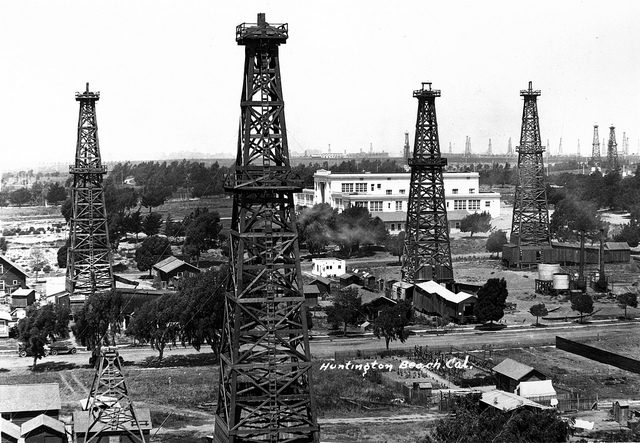 Huntington Beach six years after the Huntington A-1 first produced oil in 1920. 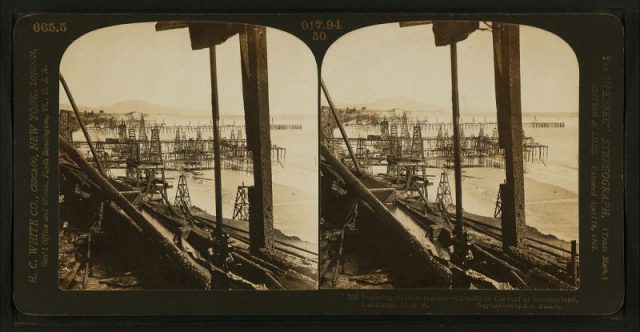 Pumping oil from the sea – oil wells in the surf of Summerland, California. Photo by H.C. White Co 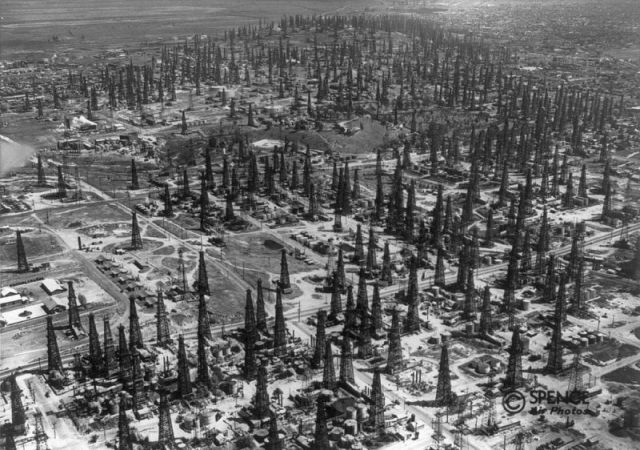 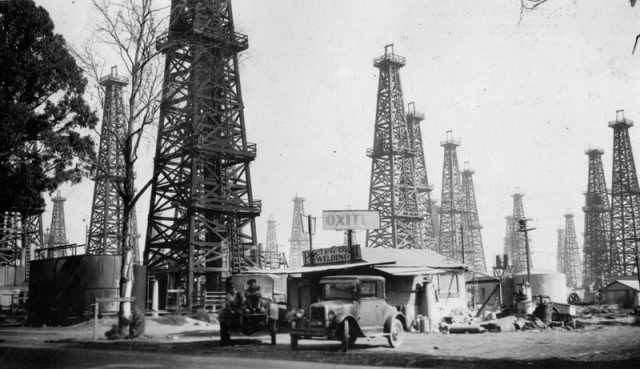 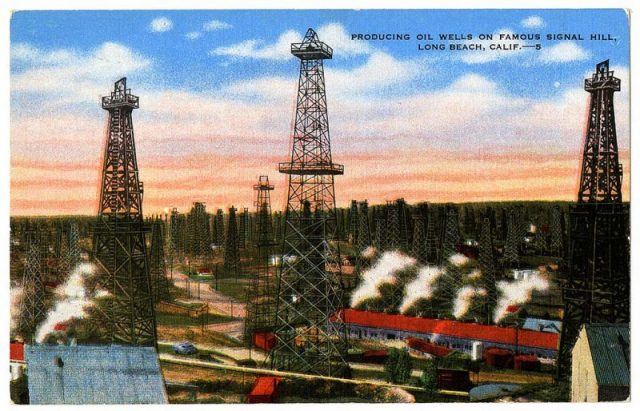 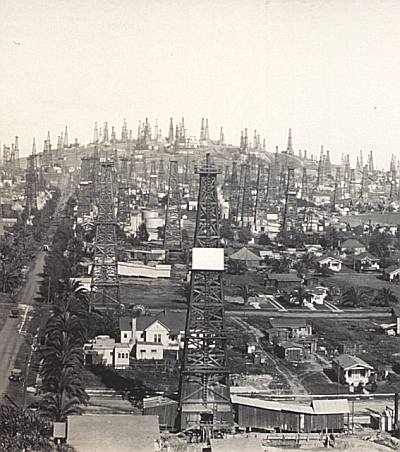 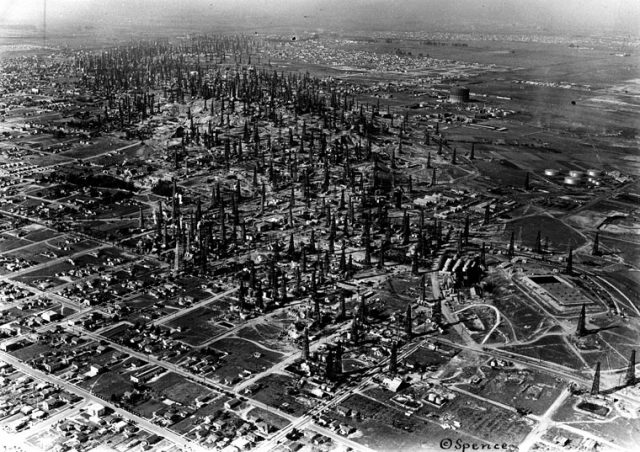 By 1926, California was pumping almost 30 percent of the oil supplies at the national level. Each time people thought there was no more oil left, a new well someplace new came on the surface.

Read another story from us: Explosive Accidents: The Lost Nuclear Arsenal at the Bottom of the Sea

So it’s true when people say Southern California was “built on oil.” And it used to be nothing like the sunny image of today.