Unexplained Mass Graves at the ‘Stonehenge’ of Germany

Around the time that bronze weapons, tools, and implements began to appear throughout Europe, a curious practice began to spread throughout what are now the United Kingdom and continental Europe.

The purpose of these monumental rings has been as hotly debated as their means of construction (with nothing but bronze, cattle and wits!), but similarities have emerged between these sites that point to their grim and uncertain place in the history of their Neolithic constructors. 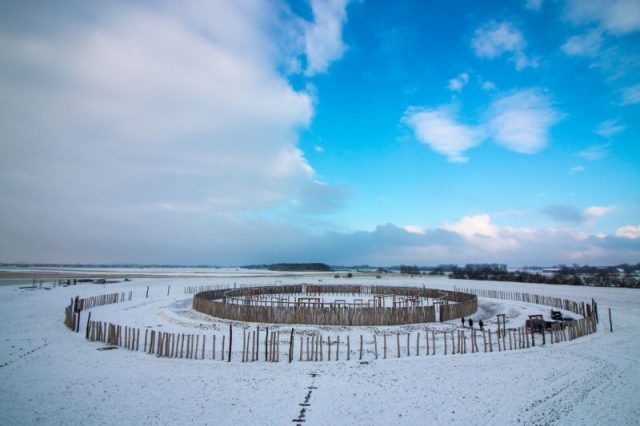 Ringheiligtum Pömmelte. The henge has a complex layout comprising several concentric circles of posts, pits and ditches. Its geometric layout has many similarities with Stonehenge in England.

It is no secret that the most famous of these henges, Stonehenge, was used for burials. A more recently-discovered circular construction in Pömmelte, Germany, however, contains evidence of brutal human sacrifice, or at the very least mass graves containing only women and children.

Archaeologists have found the skeletons of numerous people who had been bound, battered and wounded, and buried alongside animal bones, weapons and household items beneath the stones at Pömmelte, nicknamed Woodhenge for its long since destroyed wooden construction. 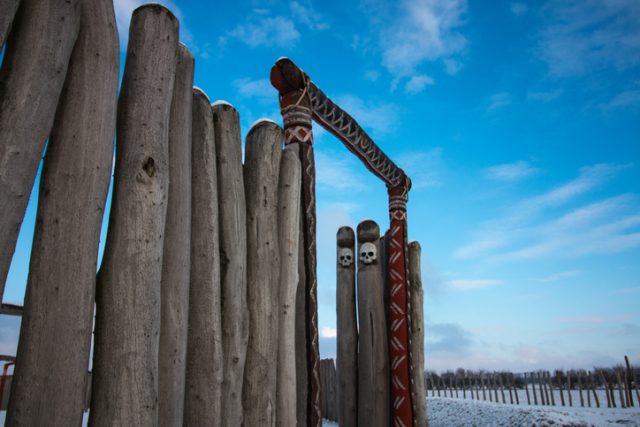 Gateway in the palisade decorated with skulls in the prehistoric ring shrine of Pömmelte ‘Woodhenge.’

The bodies appear to have been thrown or pushed into pits, and the absence of adult men leads archaeologist André Spatzier of the State Office for the Preservation of Historic Monuments at Baden-Württemberg to believe the bodies were sacrifices.

Not all such sites are home to this level of brutality: according to The Independent, there are more than 10,000 mass grave sites in western Europe, and even those which surround a megalithic structure like Stonehenge are often filled with the remains of people who died of natural causes. 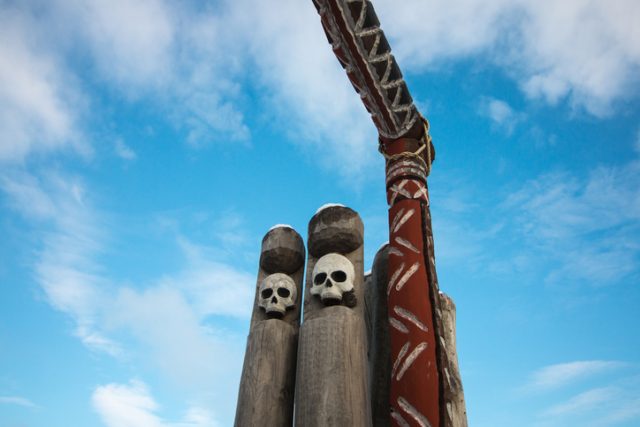 ScienceMag’s Michael Price speculates that all of these structures were used in more or less the same way for funerals, though their exact purpose remains unclear.

Although Stonehenge predates its German counterpart by a few centuries, Timothy Darvill, an expert at Bournemouth, believes that these two structures and others found earlier in antiquity may be related – whether or not it was the sole purpose, all of these structures appear to have served as burial sites.

Even in Germany, for the majority of the structure’s history (as determined by the archaeological excavations), it appears to have been used for peaceful burials with a few gruesome exceptions. 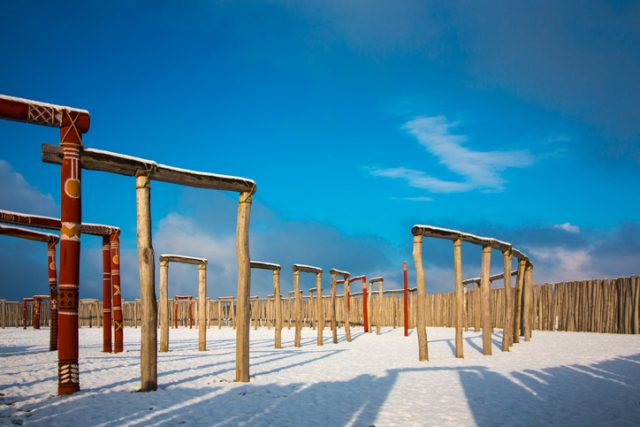 There is some archaeological evidence to support Darvill’s theory, given the pattern of migration of the farming people he believes are responsible for their construction.

At the start of the Bronze Age, the Neolithic people began to spread from the Near East through the coasts and valleys of Europe, tracking south at first before making their way north through what are now England and France. 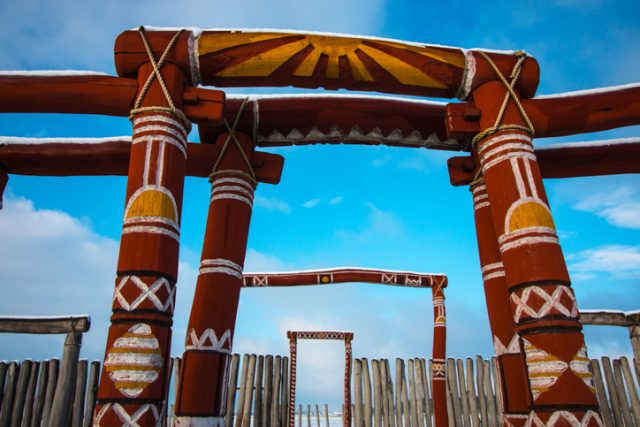 Centuries of logging between the sixth and third millennia BC saw Europe cleared for farming, and the first permanent settlements in Europe began planting the seeds of the empires of antiquity during this period of steady expansion.

Archaeological and geographical evidence (the locations of cities in indefensible places) suggest that these were calm times, and these permanent settlements speak of the relative prosperity of the era. 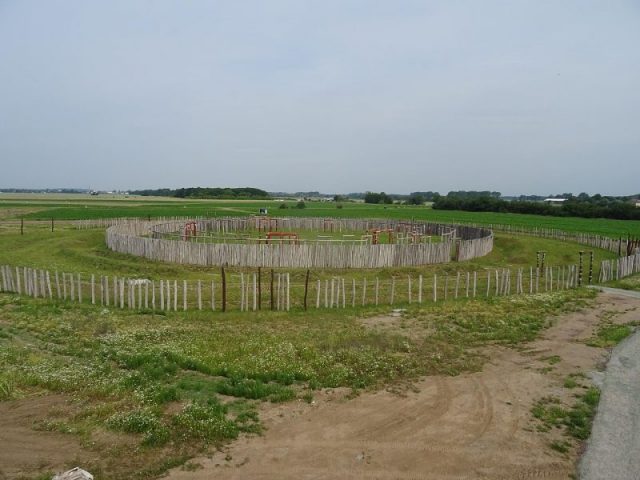 In this time of abundance, tranquility, and exploration, one wonders, what was the purpose of the henges? Burials, sacrifices and symbols found carved in the rock in various sites suggest that they served some kind of religious function, but it is difficult to imagine that the comparatively small continental population spread out over such a large area would share a single set of ritualistic practices.

There is little evidence of a ruling class, according to The Independent, and the plot thickens – did a peaceful, pastoral egalitarian society elect to bury their dead beneath massive stone constructions that likely took years to develop? If so, what are we to make of the aberrant periods of brutal violence in their midst?

Read another story from us: The First City in Recorded History

Although researchers continue to pore over the mysteries of Stonehenge, Woodhenge, and other such places with increasingly sophisticated technology, it seems unlikely that a eureka moment is on the horizon any time soon with respect to the mystery of the circles.